'We blame the state': Anger and fear after Egypt church bombings

A senior police official says that a bomb was discovered and disabled near Tanta church about a week ago, agency reports 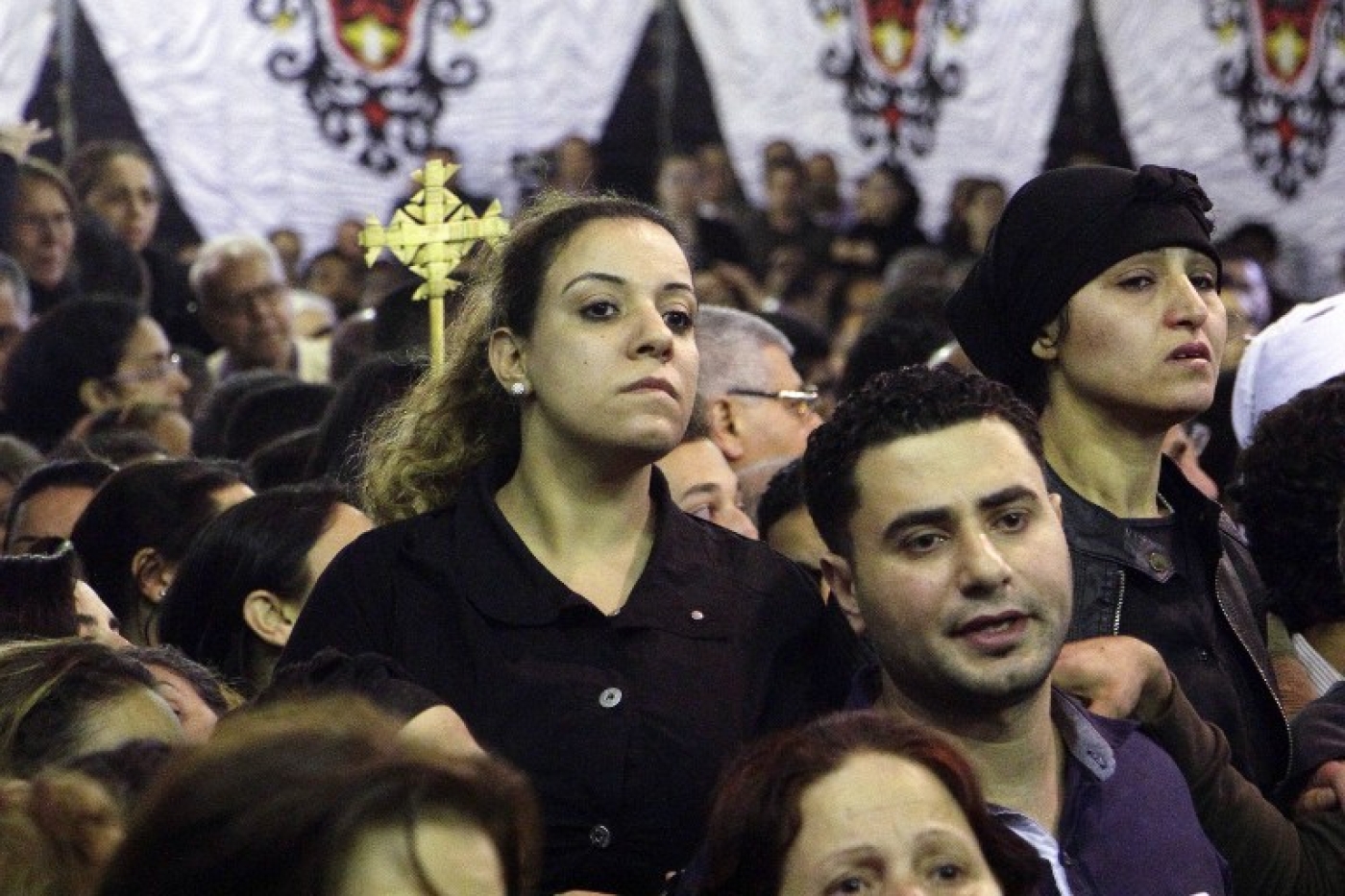 Egyptian Christians wept in anger and disbelief on Monday following twin church bombings by the Islamic State that killed dozens of people in two cities.

Forty-four people were left dead from the attacks on Palm Sunday, when Christians celebrate the arrival of Jesus in Jerusalem at the start of Easter week. But hours after the bombings, Coptic Christians were digging graves in the basement of the devastated St George Church in the northern Nile Delta city Tanta and at Saint Mark's Cathedral in Alexandria, the historic seat of the Coptic pope.

“There has been a lot of neglect and a failure to protect the Coptic community in Egypt,” said Father Daniel Maher in Tanta, where the first of two bombs exploded, killing 27 and wounding around 80.

Meanwhile, Tanta priest Tawfik Kobeish expressed the most common of all emotions among the grieving: disbelief.

"We were not expecting people who live with us in the same country, people with whom we've shared love and friendships, and with whom we're familiar, to do these things," Kobeish told Reuters outside Tanta University hospital morgue where families gathered to identify and bury their loved ones.

“Everyone is asking why we have to spend our holy days in grief, mourning and pain,” said Mina Thabet, a Coptic Egyptian and director for the minority and vulnerable groups programme at the Egyptian Commission for Rights and Freedoms (ECRF).

Copts make up about 10 percent of Egypt's 92 million people, the largest Christian minority in the Middle East. Yet despite a presence dating back to the Roman era, the community feels increasingly ostracised and has repeatedly been targeted in attacks by IS.

Several members of the community expressed dismay at what they said was lax security.

"There was an obvious lack in security around the church and security measures taken were frivolous,” Father Maher told Middle East Eye. “The security guards who were there were only there to create an image of security, but there was none there.”

Others went as far as blaming the government’s complacency in not taking necessary measures for the attacks.

“We place the responsibility on the state, as it is responsible for the security of its citizens,” Ishak Ibrahim, a Coptic Christian from the non-governmental Egyptian Initiative for Personal Rights, told Middle East Eye.

“The way these bombings took place raises serious questions around security measures taken to secure the venues and ensure the safety of the people inside.”

Thabet agreed: “We blame the security services. In the Tanta incident, the terrorist [as seen on camera] went through the front door of the church and moved all the way to the front without the security guards even stopping him.”

'We place the responsibility on the state'

A senior police official told Reuters that a bomb was discovered and disabled near the Tanta church about a week ago.

"That should have been an alarm or a warning that this place is targeted," said 38-year-old Amira Maher, who was waiting for her injured brother at a nearby hospital.

"Especially Palm Sunday, a day when many people gather, more than any other time in the year... I don't know how this happened," she told Reuters.

Pope Tawadros had been leading the mass at the time of the blast in Tanta but escaped unharmed, the Interior Ministry said.

Though IS has long waged a low-level war against soldiers and police in Egypt's Sinai peninsula, the manner in which it has stepped up its assault on Christian civilians in the mainland could turn a provincial insurgency into a wider sectarian conflict.

On Sunday, the group warned of more attacks and boasted of the number of people killed by three church bombings it says it has carried out since December: 80.

Egyptian President Abdel Fatah al-Sisi has promised to protect the Christian minority as part of a campaign against extremism. He announced a state of emergency for three months in a defiant speech at the presidential palace on Sunday, in which he warned that the war against the militants will be "long and painful".

But many members of the Christian community in Egypt shared a sense of fear and lack of confidence in government measures taken in the aftermath of the attacks. Copts in Tanta said security was almost non-existent on Sunday despite repeated warnings in recent weeks.

Kerols Paheg from Tanta told Reuters that from now on, Christians will have to protect their churches themselves, rather than rely on the police, "because what's happening is too much. It's unacceptable.”

When asked what he wanted from Sisi, Father Maher told MEE that Egyptian Christians only have God on their side. “Only God is there to protect us.”

Members within the community called on the Egyptian government to make vital reforms in the country’s security strategy.

But many Egyptian Christians believe that security measures and  a strong strategy to fight extremism are not enough. They also called on religious and educational reform following attacks on the minority group in recent months.

According to Father Maher, the Coptic community has called on the Egyptian government many times over the past few years to review national curriucla and to work with Al-Azhar, the main Muslim authority in Egypt, to work on religious messaging.

“We have made many demands [for religious and education reforms] over the years but they went unheard,” Father Maher told MEE.

According to Ibrahim “sectarian and extremist ideologies are prevalent in the society, even if people don’t act upon them. These ideas must be addressed and fought.”

At the same time members of the community had little faith that the state of emergency would bring positive changes.

The emergency law expands police powers of arrest, surveillance and seizures and can limit freedom of movement. Egypt was ruled under emergency laws for decades before 2012, when protesters forced the then-ruling military junta to cancel it.

“What we need are security reforms and a real change in the environment and culture,” Ibrahim told MEE. "The state needs to convey to its people that all citizens are equal.”

Despite the fear and anger, Christians in Egypt say that they “will continue to go to the churches and pray,” said Father Maher.