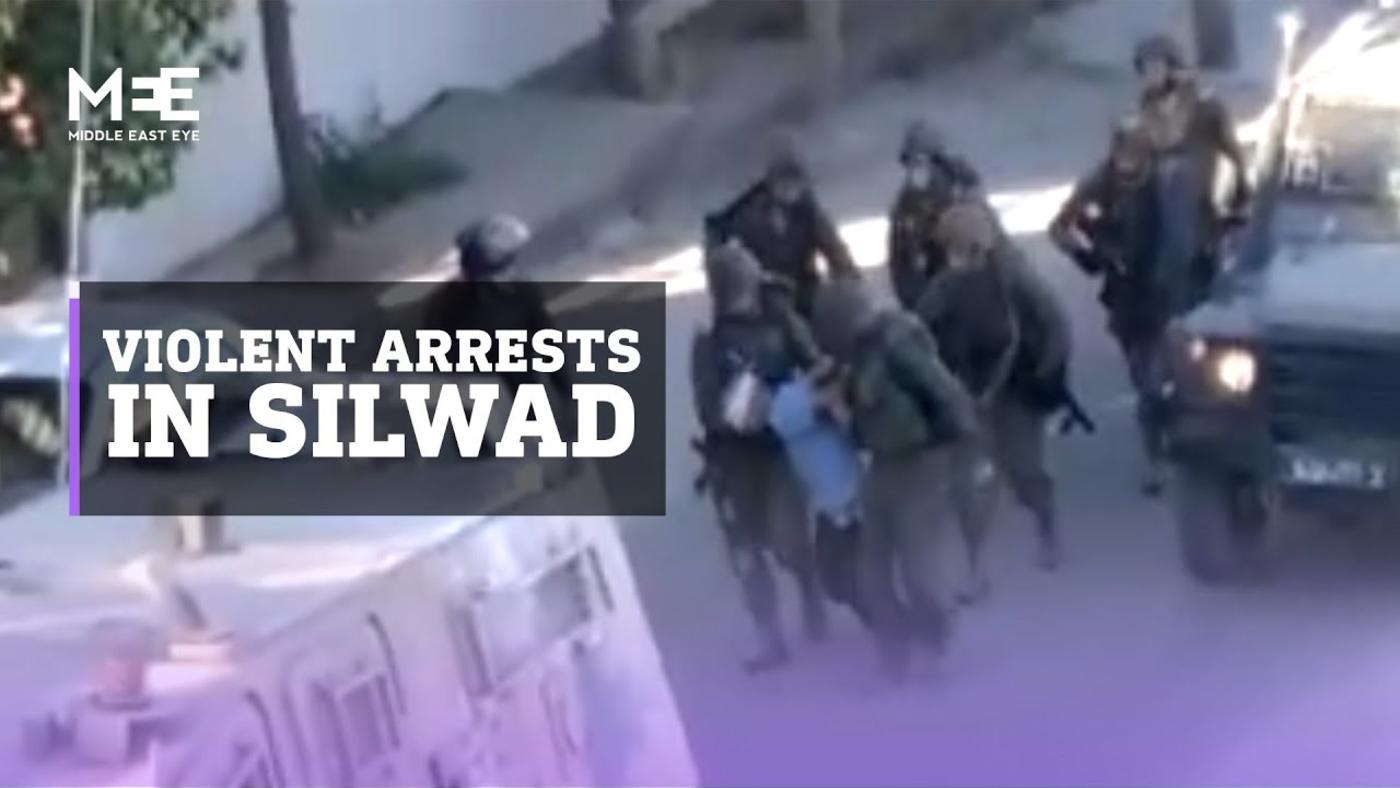 Ibtisam el-Najjar, mother of 23-year-old Taher Hamed, who was taken from his home in Silwad in the occupied West Bank on 29 June 2022 (MEE)
By
Shatha Hammad
in
Silwad, occupied Palestine

Silwad is home to 11,000 Palestinians and has witnessed unrest since last Friday when 16-year-old Mohammad Abdallah Hamed was shot and wounded near the town, then died hours later.

The Palestinian foreign ministry described Hamad's killing as an "execution".

His body continues to be withheld by Israeli authorities, and residents have been protesting since Friday, calling on the Palestinian Authority to coordinate with Israel to bring back the body.

Residents have also staged a general strike since Saturday, and confronted soldiers in several locations around the town.

'They went to Taher's room and he was still sleeping. They beat him while he was asleep'

The Israeli army conducts raid-and-arrest operations on a near-daily basis in the occupied West Bank, which often lead to the wounding or killing of Palestinians.

Earlier on Wednesday, Israeli forces shot dead a Palestinian man in Jenin in the occupied West Bank during an incursion.

Wednesday’s incursion into the town is the second this week.

Eyewitnesses told MEE that during the raids on Silwad, Israeli soldiers severely beat the residents, and subjected the detainees to violent field investigations in front of their families, in addition to destroying and tampering with the contents of their houses.

In one case, the family of 23-year-old Taher Hamed said his arrest was the most violent event the family has ever experienced, despite his previous arrests.

His mother, Ibtisam, told MEE that soldiers beat her other son, Tariq, as soon as he opened the door, and beat and pushed both her and her daughter. "They went to Taher's room and he was still sleeping. They beat him while he was asleep,” she said. “They hit his head on the ground, and they hit his legs while he was subjected to a violent field investigation."

She added that the soldiers also blew up the door of the house and smashed its contents, especially the wall panels and mirrors, and completely overturned the wardrobes on the ground, leaving the house in a state of complete chaos.

"We lived through moments of terror that we have never experienced before. The violence is inexplicable. We are in a state of shock," Ibtisam told MEE.

Ibtisam demanded that Israeli authorities reveal the whereabouts of her son, who, in a video seen by MEE, seemed unconscious and unable to walk as the soldiers dragged him down the street towards the military vehicle.

His brother Tariq told MEE that his brother was beaten so severely that he believes it broke his bones, and he also said that the soldiers beat him too.

"My wife and child were pushed and beaten. They also beat Juma during his arrest."

'They lie and say that they want peace, but whatever they are doing against us does not reflect any peace. They come with hatred and only want to kill us'

Like Ibtisam, Hammad said his house had been raided by Israeli soldiers in the past, but these events had never been as violent.

“They deliberately intended to humiliate us by verbal and physical abuse.

"They lie and say that they want peace, but whatever they are doing against us does not reflect any peace. They come with hatred and only want to kill us."

Nearly 70 Palestinians have been killed by Israeli forces this year, many of them in raids in the West Bank.

At least 19 people have been killed in Israel in attacks by Palestinian individuals since March.