What not to wear: Turkish 'hero' T-shirts land dozens in jail

Police round up civilians wearing 'hero' logo, after suspect in assassination plot against Recep Tayyip Erdogan wore same in court 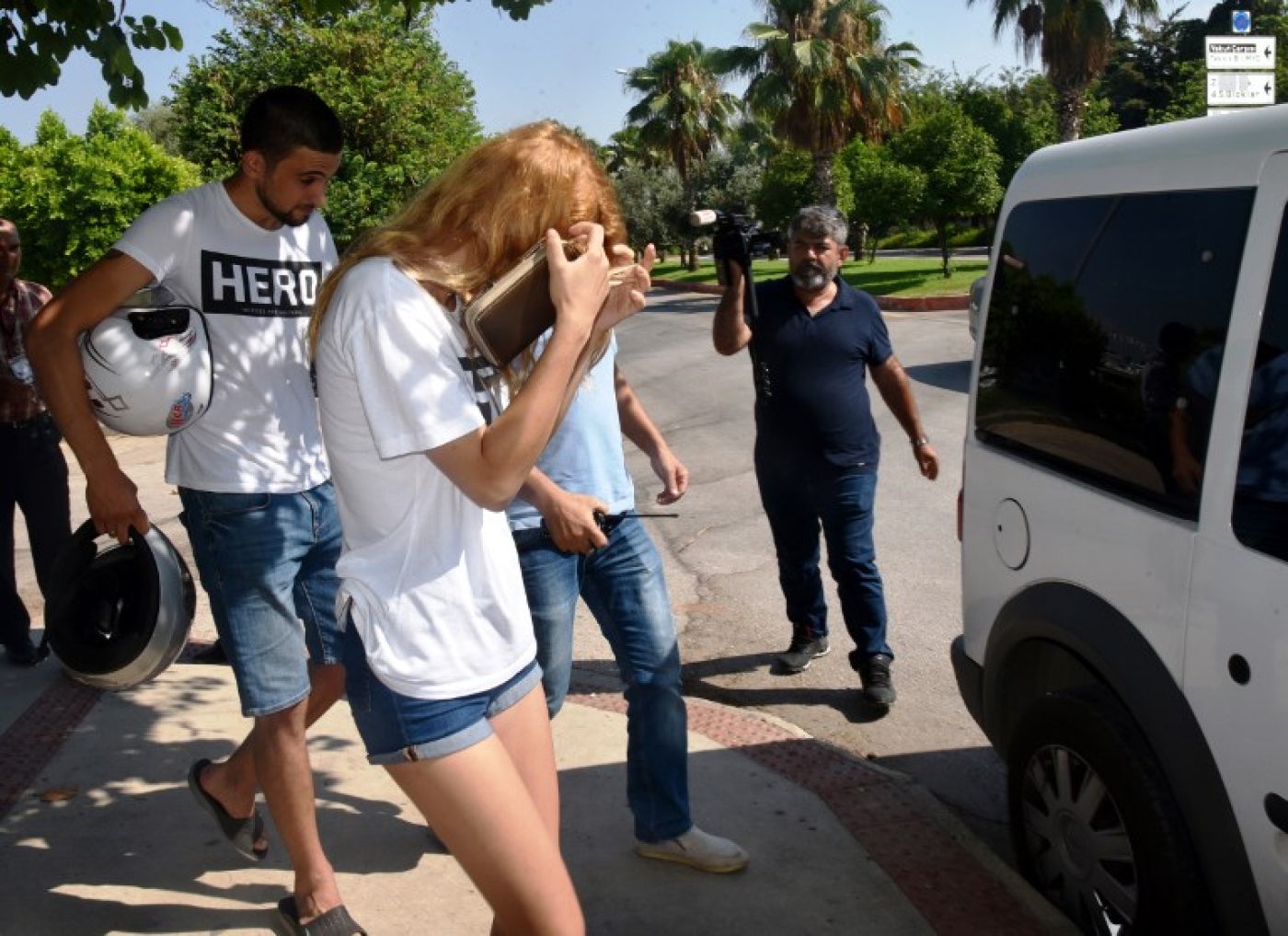 ISTANBUL, Turkey – Dozens of people are being rounded up all over Turkey for wearing white T-shirts with the word "hero" printed in English across the front.

No official data on the number of those detained or arrested has been released but at least 25 cases have been reported by local media.

One of those arrested included a 13-year-old boy sitting in a cafe with his father in the Anatolian city of Nevsehir. He was released after making a statement to the prosecutor's office.

The arrests are being carried out based on the suspicion that the wearers are sympathisers and supporters of Fethullah Gulen.

The clothing crackdown began after a suspect accused of attempting to kill the president, Recep Tayyip Erdogan, wore a "hero" shirt during a court appearance on 13 July.

Gokhan Guclu's clothing led to chaotic scenes in the court in the Aegean region of Mugla. He was sent back to prison after refusing to change his T-shirt.

The incident led to an investigation being launched into the management team at the prison where he is held.

In a speech on 15 July, Erdogan called for Guantanamo Bay-style prison uniforms for all inmates held on suspicion of being Gulenists.

Following that incident, security forces across the country were also instructed to arrest anyone wearing such T-shirts, local media reported.

The majority of those held have said they had no idea that the T-shirt was being associated with Gulenists.

Local media have tried to find links between the word Hero and Gulen's movement. Some reports cite an article written by Gulen in August 2016 in one of his English-language publications, printed in the US, the Fountain Magazine. The title of the article was "Despair and Heroes".

The T-shirts produced by local textile firm Defacto have proved a summer hit given their low retail price of 15 Turkish Lira ($4.50).

Defacto has since stopped production of the hero t-shirts and removed them from its store shelves.

Although taught in schools, English is not widely spoken or understood in Turkey.

This is not the first time in Turkey that writing on clothing has landed people in trouble.

In 1988, three people were detained and questioned by the gendarmerie security forces for wearing items of clothing that had "Emporio Armani" printed on them.

They were accused of engaging in Armenian propaganda. The Italian fashion house Armani was misconstrued as referring to the Armenian Empire.

All three were later released after giving their statements to the prosecutor's office.

The current wave of detentions and arrests for wearing hero T-shirts even has some figures close to the ruling Justice and Development Party (AKP) warning of plots meant to undermine the legitimacy of the government's hunt against Gulenists embedded in the state system.

The Turkish government's crackdown over the last year has resulted in more than 169,000 people being judicially processed and more than 50,000 arrests.

The crackdown has expanded to include not just suspected Gulenists but all political opponents of the AKP.

The primary evidence being used to identify Gulenists is their use of obscure encrypted messaging systems called ByLock and Eagle.

However, other more tenuous evidence has also been reportedly used over the past year to identify Gulenists such as arresting people in possession of $1 bills.

It is a common tradition in Turkey for guests to shower the bride and groom with $1 bills because the lowest denominated Turkish paper is higher in value than $1.

Those notes with serial numbers containing F or G were thought to be being used as a form of secret identification by Gulenists.