Who are the foreign fighters taking on the Islamic State?

As the first Briton is killed fighting for the Kurds, Mike McEvoy travels to Syria to meet the eclectic bunch of foreign fighters who are united only in their hatred of IS's horrors 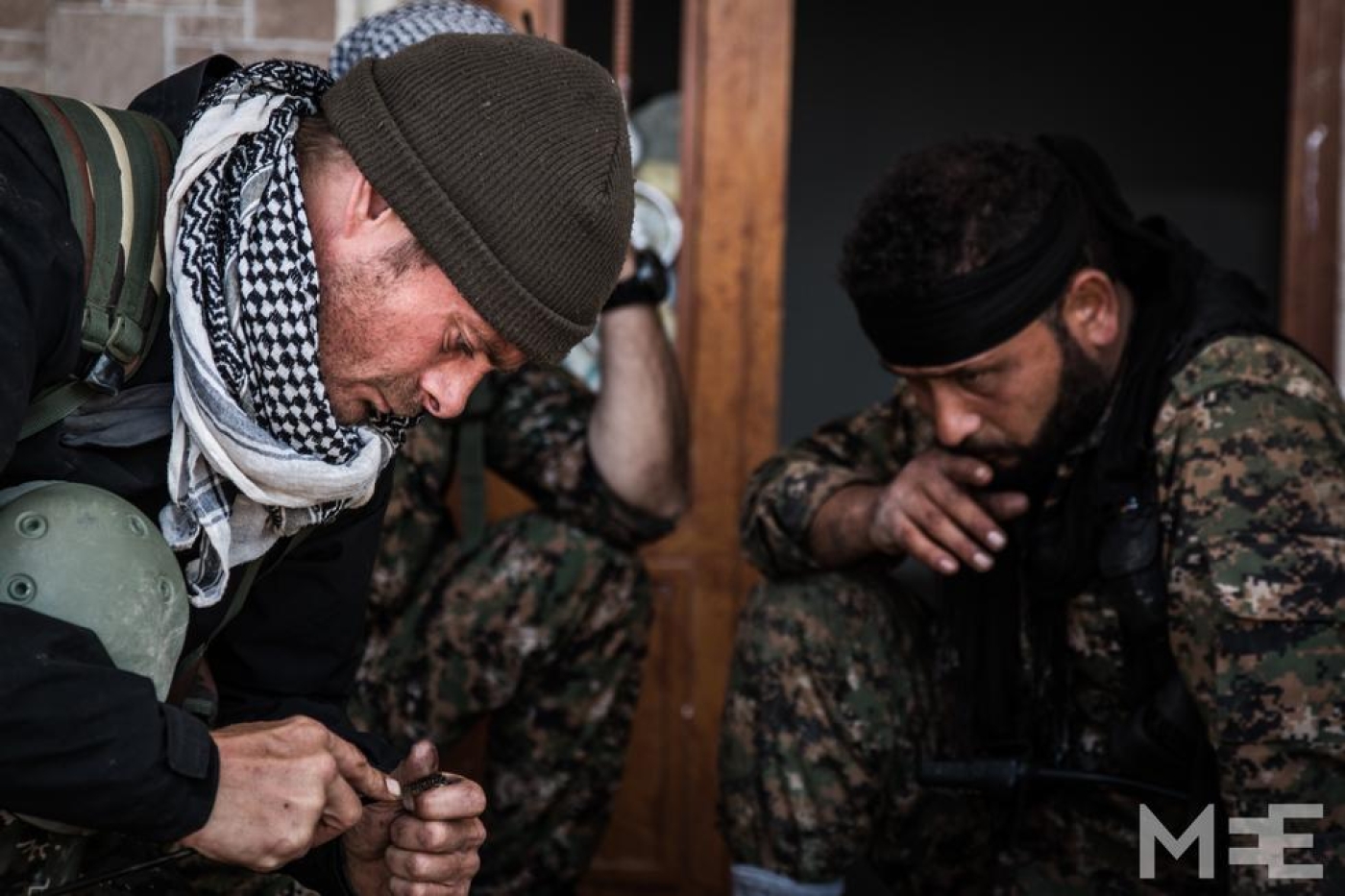 AL-HASAKEH – “So long as heval Obama does what he’s supposed to, tomorrow we’ll march to victory.” Speaking about the coalition airstrikes he hopes will hit nearby Islamic State (IS) positions, Commander Soran uses the Kurdish word heval - meaning friend, or comrade - to refer to the US president.

The 35-year-old commander stands under an oil lamp in an abandoned Christian village in north-eastern Syria trying to reassure his men - Kurdish fighters of the YPG People’s Protection Units – that their offensive on a nearby IS-held village will go according to plan.

But after days of heavy fighting his troops are exhausted. Many are already asleep, wrapped in blankets found in abandoned houses.

Unlike some of his comrades, commander Soran has not spent his life on the frontlines. In fact, until a few years ago, he was living and working on a fruit farm in the English countryside.

It was the war in Syria, and the expansion of IS threatening to overrun his native Kurdistan, that prompted him to return to Syria and fight.

He’s not the only one to have felt the call. Alongside him are a small band of Western volunteers – mainly Brits and Americans – who have forgone the comforts of the West to join the fight against Islamist militancy.

The Western fighters are various: young, old, pious, atheist, anarchist, conservative. They are army veterans, artists, activists. Few have much in common besides a shared hatred of IS and, in most cases, a respect for the Kurds.

One of the volunteers, Heval "Kamal" (the Kurdish name given to him by the YPG) used to worked in sales in the US. But after witnessing the 9/11 attacks in New York, he decided to join the US airborne infantry and was amongst the first soldiers to land in Iraq in 2003. While on deployment in Iraq, Kamal came into contact with several Kurds and was struck by what he describes as their "kindness and bravery".

When the chance to fight with the Kurds against IS presented itself last year, he says, the decision was straightforward.

“I had no children, wasn’t married, and had very few possessions to my name. It’s a lot easier to come out here when there’s not much tying you down back home.”

Kamal has been fighting with the Kurds for around six months and says he has no plans to return to America.

Watching him share a joke with his Kurdish comrades, it’s clear that Kamal has managed to gain their respect. Having watched him risk his life several times to retrieve injured Kurdish fighters, Commander Soran now keeps him close by his side during battle.

Kamal sees his integration with the Kurdish fighters as an essential part of his involvement in the fight.

But other Western volunteers fighting in Syria do not assimilate, according to Macer Gifford - heval "Baran" - a Brit who fought in Syria before recently returning to the UK.

“I’m sorry to say that there is the odd one or two who come with completely the wrong attitude,” he said.

“They don’t integrate with the Kurds, and are obsessed with getting into the fight with IS. People often don’t understand that when they come out here, fighting IS is only a part of it. You have to realise that you can’t come here and operate as a lone wolf - it’s as much about becoming part of a movement as it is combatting IS.”Gifford says that the ‘lone wolf’ volunteers tend not to last as long. Many simply get sent home by the YPG.

Some Western fighters also do not see eye to eye with the YPG when it comes to politics.

Formed in 2004 - but only really active since the start of the Syria civil war in 2012 - the YPG are closely linked to the Kurdistan Workers Party (PKK) in Turkey, a formerly Marxist-Leninist movement outlawed as a terrorist group in the EU since 2002.

The image of Abdullah Ocalan, the leader of the PKK affectionately named Apo (uncle) by his followers, can be seen in shop windows, car bumper stickers and even tattooed on fighters’ chests across Syrian Kurdistan.

Some Westerners are not so left-leaning, and bemoan the fact that Ocalan’s "democratic confederalism", which espouses a libertarian socialist ideology derived from the writings of the US anarchist Murray Bookchin, is drilled into them by their Kurdish instructors during their initial training upon arrival.

For one Western recruit, a British fighter named "Shiyar", however, politics is of secondary importance.

Laid out on the operating table of a field hospital on the outskirts of al-Hasakeh city in north-eastern Syria, Shiyar writhes in pain as a Kurdish doctor administers stitches to a shrapnel wound on the back of his head, the result of a rocket strike on a Russian-made armoured personnel carrier he was riding in.

As the morphine wears off, Shiyar becomes more alert. “What happened? Did we take the village?” he asks, sitting up.

“No mate, they beat us back this time,” replies a fellow fighter, also British, with a grimace.

Commander Soran says he has seen foreign volunteers come and go. Often their impact is more symbolic than anything else, and many of them know this, he says.

For the Kurds however, the fight looks likely to continue for years. Many will not survive to see their dream - a liberated Kurdistan - realised.

“In the end you need to be humble,” says heval "Cudi," a volunteer from Staffordshire in the UK. “This is their fight, not ours, but we can offer them solidarity.” 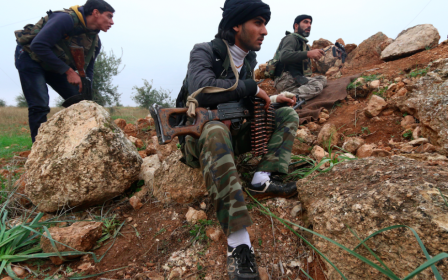 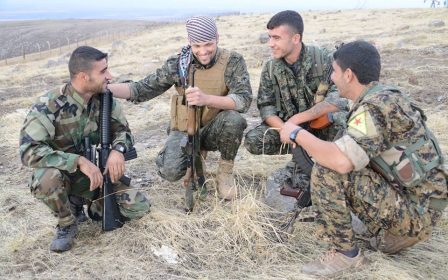 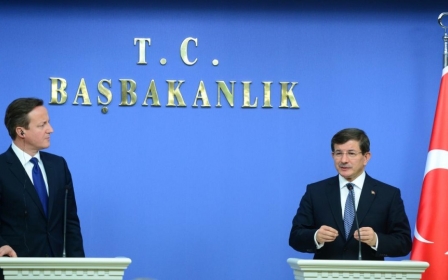