Who are the members of Sudan’s new sovereign council?

Following months of turmoil, a new ruling body including civilian and military leaders was sworn in on Wednesday 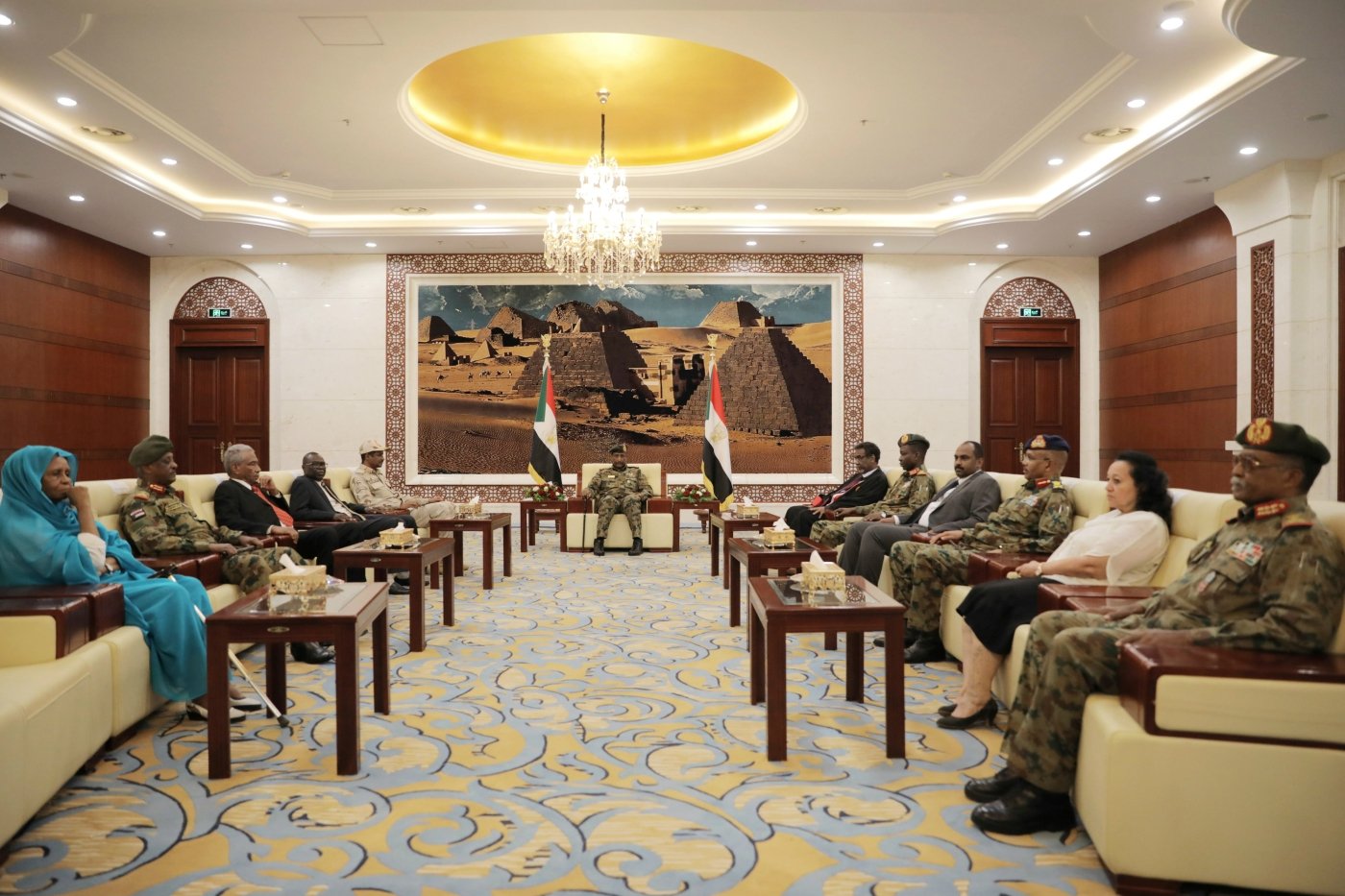 Sudan's new sovereign council was sworn in on Wednesday under a power-sharing deal between the country’s military leadership and civilian opposition.

The 11-member body, which will oversee the planned three-year political transition to democracy, includes five military officers and five civilian figures, as well as a judicial figure chosen by both the army and opposition.

The council includes a journalist and two women, including Rajaa Nicola, a Coptic Christian judge.

General Abdel Fattah al-Burhan: The sovereign council's new chairman takes his role after leading Sudan's now-defunct Transitional Military Council (TMC), and was the first to be sworn in.

The TMC has been ruling Sudan since longtime autocrat Omar al-Bashir was removed in a coup in April following months of popular protests.

According to an agreement reached between the military and the opposition, Burhan will remain as the head of the new sovereign council for 21 months before being replaced by one of the civilian members until elections are held in 2022.

The general personally swore in the remaining 10 members in the presidential palace.

General Mohamed Hamdan Dagalo: Better known as Hemeti, Dagalo is widely believed to be the real source of influence in the country’s military forces and has been swiftly consolidating power since the army took control of the country’s transition.

Formerly a commander of the notorious Janjaweed militia, rebranded now as the Rapid Support Forces (RSF), Hemeti is also accused of masterminding the brutal crackdown on peaceful sit-ins in June, which lead to the deaths of over 100 protesters.

Shams El Din Kabbashi: The former spokesman of the TMC.

Lieutenant General Yasser Abdul Rahman Hassan Atta: The former chief of staff of the TMC and former consul-general to Djibouti under Bashir.

General Engineer Ibrahim Jaber Kareem:  A naval commander and a former member of the TMC.

Rajaa Nicola: A Christian Coptic judge who worked as legal counsel in the Justice Ministry. Her membership was agreed upon by both the military leaders and civilian opposition parties.

Her appointment is seen as a nod to the Christian minority in Sudan, who were persecuted and shut out of the political process under Bashir’s rule and have suffered during the Darfur conflict.

Mohamed Sheikh Idris: Idris is a member of the Forces for Freedom and Change opposition coalition. A legal expert and a former leader in the National Ummah Party, he served as the minister of housing and public works until 1989.

Dr Al-Siddig Dawer: An environmental academic and a prominent member of the Sudanese Baath Party.

Mohamed al-Fakeeh: A journalist with a masters degree in political science from the University of Khartoum, Fakeeh has been an active member in the Unionist Alliance, one of the main factions of the protest movement. Born in 1979, at 40 years old he is the youngest member of the council.

Muhammad Hassan al-Taaeshi: The former president of the Khartoum University Student Union and former member of the National Ummah Party. He left the party in 2009 for the United Kingdom, where he focused his work on the civil sector.