In the face of Mike Pompeo ignoring international law, Saeb Erekat tells MEE: 'This will not legalise the occupation' 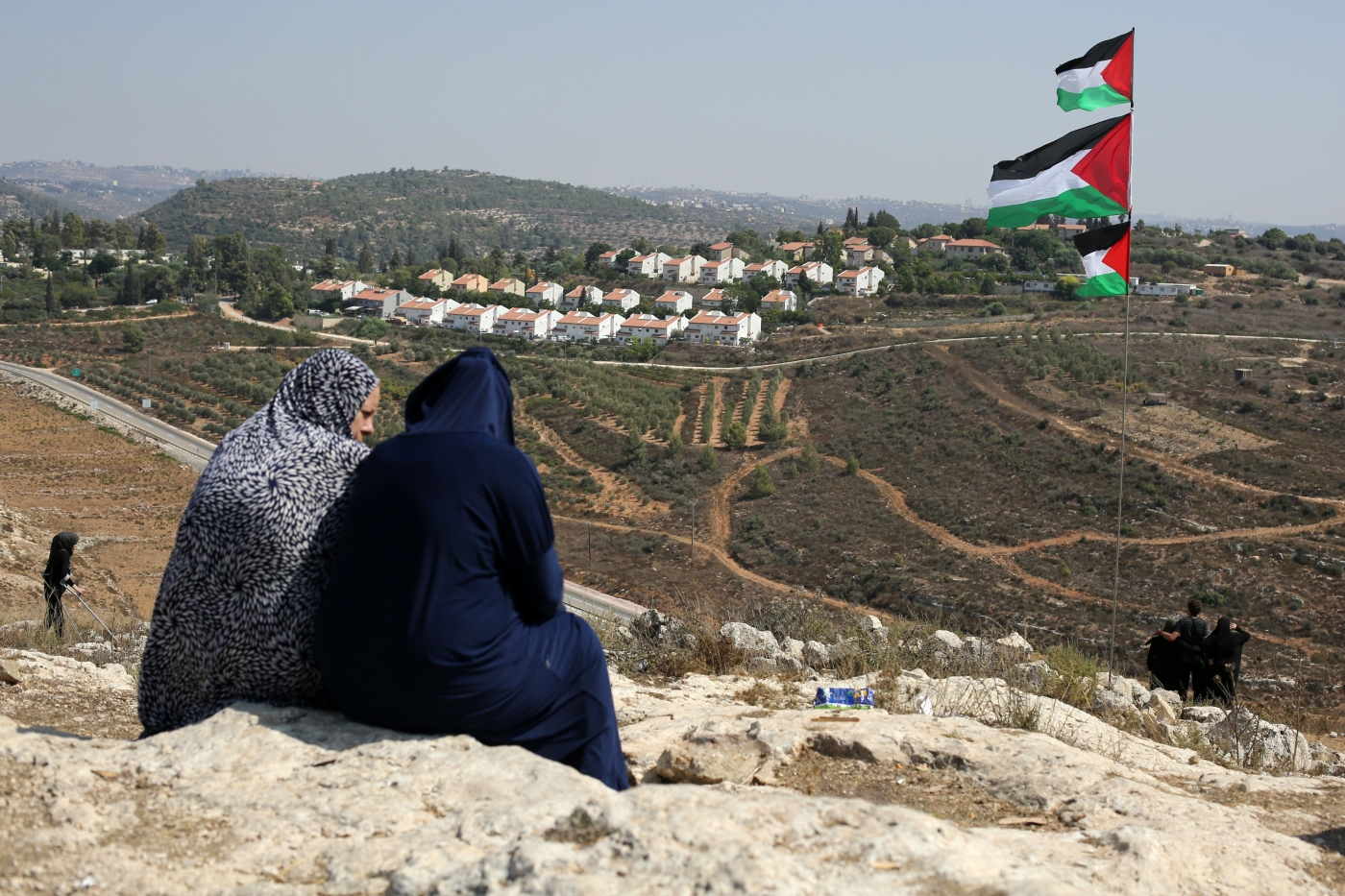 President Donald Trump and his secretary of state may believe that Israel’s rampant settlements in the West Bank are perfectly legal, but their wishes are immaterial in the face of international law, top Palestinian leaders have told Middle East Eye.

Instead, they say, the United States has merely excluded itself from any role bringing Israelis and Palestinians together, isolating itself on the international scene.

“This will not legalise the occupation and the Israeli settlements, but rather will end the American role in any peace process,” Saeb Erekat, chief Palestinian negotiator, told MEE.

'The Trump administration’s policy here is not only threatening the prospect for Israeli-Palestinian peace, it is absolutely killing it'

“We will stand tall on the tenets of international law, shoulder to shoulder with all nations on earth because the Trump administration’s policy here is not only threatening the prospect for Israeli-Palestinian peace, it is absolutely killing it.”

Palestinian officials were left scrambling on Tuesday after US Secretary of State Mike Pompeo said the day before that Washington believes Israel's settlements in the occupied West Bank are not "inconsistent with international law".

Built on land occupied in the 1967 Middle East war, Israeli settlements are illegal under the Geneva Convention, which the US is a signatory of.

The move was just the latest in a long line of decisions undermining the Palestinians in the face of aggressive Israeli expansion. Shorn of ways to effectively resist Trump’s attacks, the Palestinian Authority (PA) is left seeking support abroad.

According to Erekat, the PA will now take several steps to combat the US announcement.

First, he said, it will call for an emergency summit of Arab foreign ministers. Second, the Palestinians will turn to the United Nations Security Council.

Then the PA will turn to the UN General Assembly, the International Criminal Court and the Human Rights Council, Erekat vowed.

“We will seek to build a world alliance on the base of international law,” he said.

“The announcement made by US secretary of state has no legal validity,” she told Middle East Eye.

Under the Fourth Geneva Convention, an occupying power cannot move its civilian population into territory it occupies.

Since capturing the West Bank and East Jerusalem, Israel has built some 200 settlements. Currently, around 400,000 Israelis live in the West Bank, alongside nearly three million Palestinians.

On Monday, however, Pompeo said: "The establishment of Israeli civilian settlements is not, per se, inconsistent with international law."

This unilateral change in opinion was dismissed by Ashrawi.

“The US neither has the right nor agency to rewrite international law and deface the rules-based international order based on its perverse ideological leanings,” she said.

“Israeli settlements are a grave violation of international law, including international humanitarian law. They also constitute a war crime according to the Rome Statute. These are solid facts that the Trump administration cannot alter or unravel.”

For Ashrawi, the Trump administration is “a threat the international community must confront with consistency and moral clarity”.

Israel’s settlements have been a major obstacle to peace, and their ever-expanding number has posed serious questions over the validity of a Palestinian state in the West Bank.

Some, including many Palestinians, have called for a rethink and said that the world is faced with a one-state reality.

For Nasser Qidweh, member of Fatah’s central committee, there can be no other option.

“The immediate result of leaving the two-state solution and adopting the one-state solution is legalising the Jewish settlements on our land,” he told MEE.

Qidweh said rather than securing Palestinians the rights that Israelis hold, folding Israel and the West Bank into one state would just encourage Jewish settlement and maintain oppression.

“We have the experience of the Palestinians in Israel, who are being discriminated against in all aspect of their lives and their very existence,” he said.

Speaking to MEE on condition of anonymity, one of the top Palestinian leaders said the majority of the world supports the two-state solution, therefore so should the Palestinians.

“Talking about one state would only give legitimacy to the settlements,” he said.

Questions, too, will now be asked about the future of the Palestinian Authority, which has since the 1990s Oslo Accords failed to secure peace or protect the West Bank from Israeli colonisation.

Such talk was outright rejected by the Palestinian leader, who maintained that the new US position must be fought against, and that capitulation was not an option.

“It is impossible to dissolve the PA. Instead, we must confront the United States and not turn away from the decision,” he said.