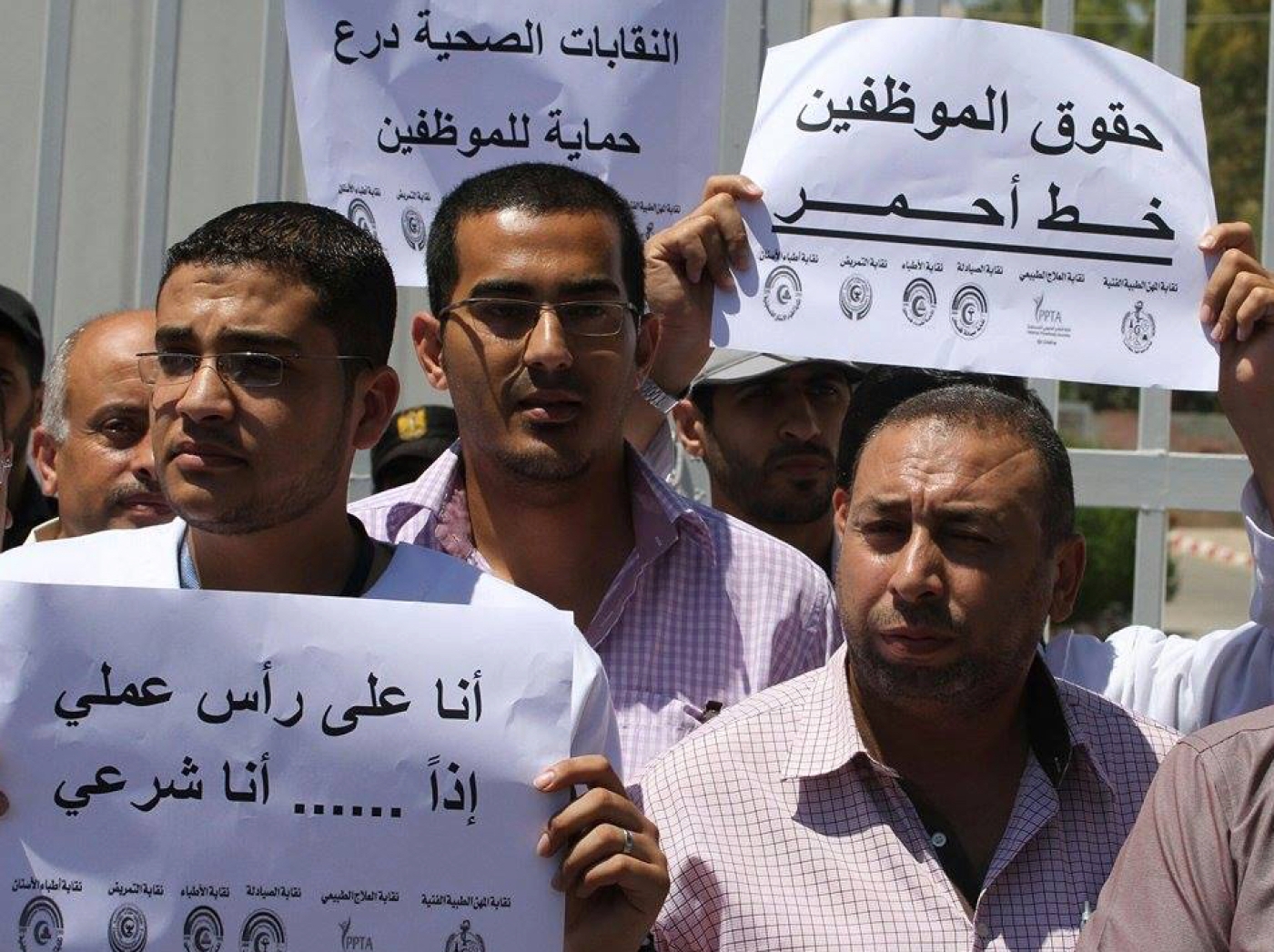 GAZA CITY, Occupied Territories - Mostafa Hasan has worked hard as a nurse at Gaza’s al-Shifa Hospital since 1996, caring for both the chronically ill and the wounded no matter the chaos around him. He made what is considered in Gaza to be a decent salary of $800 a month, managing to support a wife and five children. However, since 2007, he has not been paid regularly - receiving no salary at all for many months and today, just $300 every five weeks, sometimes less.

Why? Although the Palestinian Authority (PA) employed Hasan when he first started nursing, he went to work for Hamas when the party won control of the parliament in 2007. The PA, which is based in the West Bank and is the recipient of all foreign aid, didn’t accept the victory (in part due to international pressure). Instead, it pays about 70,000 employees who stayed loyal to Fatah to stay at home. Those like Hasan, who continued to show up for work under the new government, paid the price. He estimates that at this point, he is owed about $48,000.

“I have three children who are university students and another two are in high school,” said Hasan. “I struggle to pay for them. Two years ago, my two sons and a daughter had to postpone their schooling for two semesters because there was no money. Feeding the family must take priority over teaching my children."

Hasan is among more than 50,000 employees in Gaza who continue to work at vital public-sector jobs without full or even regular pay. Knowing their work is necessary, and fearing they will never be paid at all if they quit, they sporadically erupt into strikes and demonstrations to protest the continuing feud between Hamas and Fatah over who runs the blockaded Strip. The most recent strike was 27 August, and the Gaza Public Employees Union called on the unity government (the Hamas-Fatah alliance announced last year, but in name only) to pay the full salaries of all employees, halt salary cuts and provide transportation to the workplace.

The strikes exclude those who work in emergency, intensive care and nursery departments in the Ministry of Health's hospitals.

Hamas leaders argue that the “Cairo understandings,” which preceded the announcement of the new government, are very specific on the status of their employees. Political bureau member Izzat al-Rishq says a joint Fatah-Hamas committee had been charged with integrating Hamas employees into the official PA apparatus. “Therefore, their salaries should be paid in full along with the salaries of the PA civil servants, with no discrimination,” Hamas leader Mahmoud Zahar told the Palestinian news agency Maan last year.

However, Hussein al-Sheikh, a senior Fatah leader, complained recently that Hamas only wants the PA to be an ATM. In December, Israel withheld $127 million in Palestinian tax revenues after the PA's decision to join the International Criminal Court (ICC). This left the PA unable to pay for many of its own employees.

The al-Mezan Center for Human Rights said in a report that, “The law is protective of government employees and such a sudden cut of their salaries is unlawful.” The center also asserts that the payment of government employees’ salaries represents a basic right guaranteed under the law and that their livelihood must not be subject to political considerations or differences.

The Palestinian Center for Human Rights is calling for urgent dialogue to be held between the parties to resolve the dispute. The center also demands that public- sector jobs be awarded on the basis of competency, not political affiliation.

People in Gaza blame all factions, including Hamas. “The unity government had clear tasks, including to work to resolve the issue of unpaid employees,” said Mosheer Amer, a political analyst and a university professor based in Gaza. “Who is to blame depends on one’s political orientation and worldview.”

In recent months, the Finance Ministry in Gaza announced that Hamas will provide its employees with 1,000 shekels (roughly $255) per month, but this is unlikely to end the protests on the street. The affected employees have been performing critical services, even when under fire during the 2014 Israeli attacks on Gaza, without sufficient money to support their families.

“The blindfolded unity government has not operated effectively in Gaza since it was created. I thought it was created to solve our problems,” said Dr. Baha Adel, who walks every day to his hospital since he can no longer afford even the $1 needed for taxi fare. But he won’t stop working; he is committed to his patients.

Of the 50,000 employees working for the de-facto Hamas-led government in Gaza, 24,000 are members of the civil service and 18,000 are police officers, security operatives and firefighters. Assuming each employee has five family members, there are approximately 300,000 people - 15 percent of the Strip’s total population - directly affected.

“Health and education sectors should not be subjected to internal conflicts," said Tamani Khilla, a primary school teacher, adding that she has participated in about half of the protests. She took a job with the Gaza government in 2008, hoping she could help her jobless husband and their four young children. "I was employed after passing professional tests and interviews. It is unfair not to be paid while the 70,000 PA employees are paid even though they don’t go to work.”

The conflict also has negatively affected the health system, especially in the hospitals. Health-service workers, such as cleaners, sweepers and refuse collectors, took part in strikes that led, in some cases, to unpleasant smells from toilets and garbage piles in hospitals.

Mohammad Dakka, a patient who spent three days in Gaza City’s main hospital, al-Shifa, said: "The only thing that interrupted my sleep, apart from the pain in my leg, was the horrible smell of the bathrooms and garbage. I used to breathe in Dove soap to mask the vile smell."

Attempting to manage their constrained income, some employees try to find a part-time job. Others have opened their own barber or auto repair shops with relatives. "I can't live my whole life like this! We are living at subsistence level. If the situation doesn't change, we shall have to force change," said Esam Ali, who works with his brother in an auto shop, since he can’t afford to commute to his work as a firefighter and feed his family at the same time without another job. However, not all employees are able to find part-time jobs.

Also affected, but indirectly, are the people who work in retail businesses.

“Every week, I used to sell enough chickens and frozen vegetables to make 5,400 shekels ($1,600),” said Khaled Mosa, a salesperson in a Beit Lahia market, in northern Gaza. “But now with salaries being a problem, there are fewer customers. And if they come, they come only once a month. In the past, people used to buy three chickens every Friday.”

Mosa blames Israel for the siege it imposes on Gaza. “If there were no siege, people would travel and trade in goods. We could create our own economy.”

The new scholastic year began a few days ago and due to the resulting economic hardships, many young children cannot attend their schools or kindergartens. Many college and university students cannot pay for the new semester. People in Gaza believe they are victims of the Israeli occupation as well as the enmity between Hamas and Fatah.

This article was written as a part of the We Are Not Numbers project. 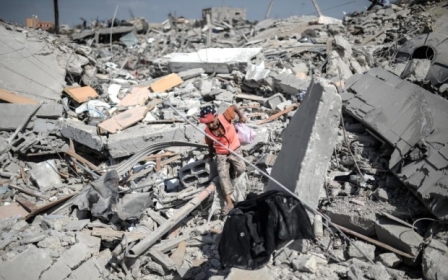 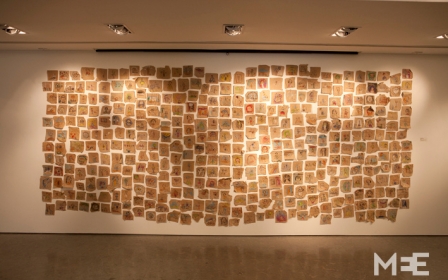 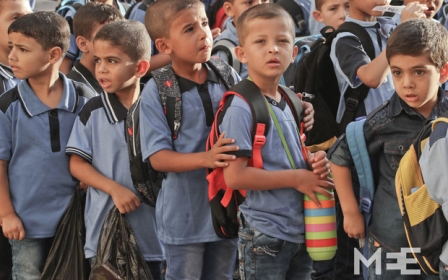