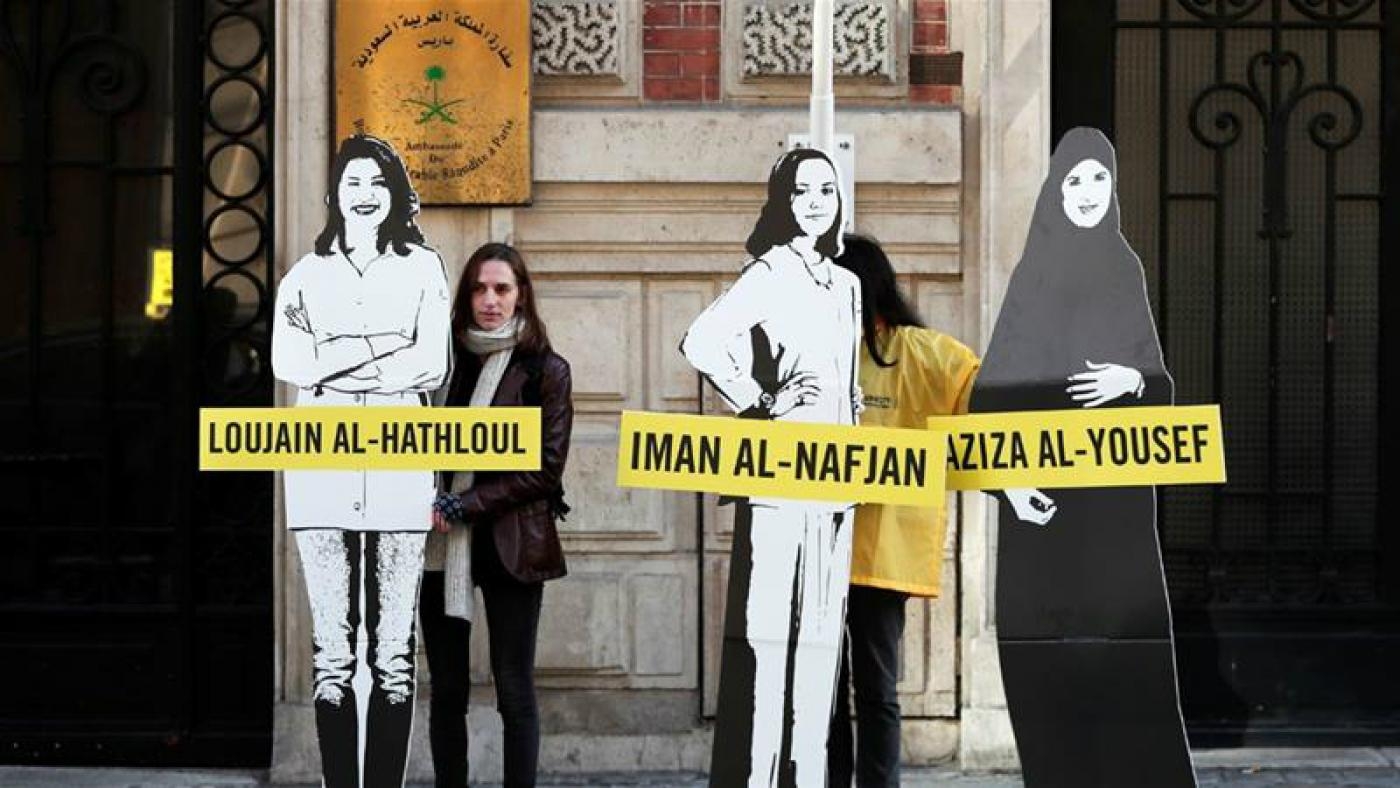 Weeks before Saudi Arabia officially allowed women to drive last year, the kingdom arrested a group of activists who had been demanding that very right.

Today, Loujain al-Hathloul and other women's rights defenders remain in jail despite a growing international outcry against powerful Saudi Crown Prince Mohammed bin Salman, who seeks to portray himself as a social reformer.

"The modest reforms that MBS put into place last year came after years of advocacy by these women and others like them, but he took the credit and threw the real heroines in jail," said Congressman James McGovern, co-chair of the Tom Lantos Human Rights Commission.

On Thursday, US lawmakers hosted Saudi activists and journalists in Washington to condemn an ongoing crackdown on dissent in the Gulf kingdom.

"Long before the brutal assassination of Jamal Khashoggi, the Saudi authorities were signalling very clearly that any peaceful dissent was intolerable to them. The Saudi government seems to be very afraid of its own people," said McGovern.

While Khashoggi's brutal murder at the hands of Saudi government agents inside the country's Istanbul consulate on 2 October shocked people around the world, McGovern said the commission gets daily reports of new human rights violations in Saudi Arabia.

"This can't continue. And we can't be silent. We can't turn a blind eye to what's going on."

Congressman Ro Khanna, a prominent Democrat who has been critical of the Saudi government, echoed McGovern's call for action against Saudi abuses.

"It's a regime that needs to be given a clear message that the international community and the United States will not tolerate their practices," he said at the briefing on Thursday.

'Toughest time in my life'

Activists fear that the outrage that followed Khashoggi's murder late last year seems to be dwindling, especially as Saudi Arabia continues its human rights violations, including the detention and torture of women's rights advocates.

On Thursday, Walid al-Hathloul, Loujain's brother, highlighted the bizarre nature of the accusations that have been levied against her.

Loujain faces charges stemming from seemingly innocuous behaviour, including applying for a job at the United Nations and communicating with foreign journalists and rights groups, he said.

She was arrested last year, but for the first eight months of her detention, her family was not able to find out where or why she was imprisoned.

"That was probably the toughest time in my life, when I was not able to know where my sister was - and knowing later on that she was being tortured and sexually harassed in secret facilities by Saudi officials," said Walid, who is based in Canada.

Saud al-Qahtani, a top aide to bin Salman who is believed to have led the plot to kill Khashoggi, personally oversaw the abuse against Loujain, her brother added.

He said the torture served no other purpose than sadism, as it wasn't part of an interrogation to extract information from Loujain.

Walid is not the only Saudi citizen to speak out against the abuses faced by loved ones who have been imprisoned by the Saudi authorities.

Malak al-Shehri's husband, Ayman al-Drees, was arrested along with 14 others last month in Saudi Arabia.

At the event in Washington on Thursday, Shehri said she still doesn't know why Drees was detained.

While her husband and the other recent arrestees all were supporters of women's rights, Shehri said they were not particularly vocal with their activism. "They all kept quiet. They didn't speak. They didn't even participate on their Twitter accounts," she said.

The only other thing the detainees had in common was their personal ties to Mohammed al-Rabea, a women's rights activist who was arrested last year.

"I don't think being quiet will do anything good for them... I know those people don't want to be forgotten, so that's why I'm talking on their behalf," Shehri said.

Drees's arrest preceded the execution of 36 activists in late April, only months after Riyadh was widely condemned for the gruesome killing of Khashoggi.

"They're testing the boundaries again and again," said Omaima al-Najjar, a Saudi blogger who lives in exile in Italy, about the Saudi leadership.

"I believe it's time to hold Saudi Arabia accountable for the crimes they've committed."

'The very minimum the Trump administration can do is to stop its vice signalling, if it can't bear to virtue signal'

But despite growing calls for Saudi Arabia to be held accountable, US President Donald Trump has continued to express support for bin Salman, citing political and business interests between Washington and Riyadh.

In fact, she said the White House's behaviour is telling Saudi Arabia's rulers that the US will stand by them "no matter how lawless and sadistic their actions".

The US president has not only failed to condemn Saudi leaders but has repeatedly gone out of his way to praise them.

In November 2017, when MBS embarked on a massive crackdown on dissent, locking up dozens of royals and businessmen, Trump publicly endorsed his efforts.

"The very minimum the Trump administration can do," Whitson said, "is to stop its vice signalling, if it can't bear to virtue signal."