Despite militant past, Palestinian analysts say Sinwar's election as political leader unlikely to bring drastic change to policies towards Israel 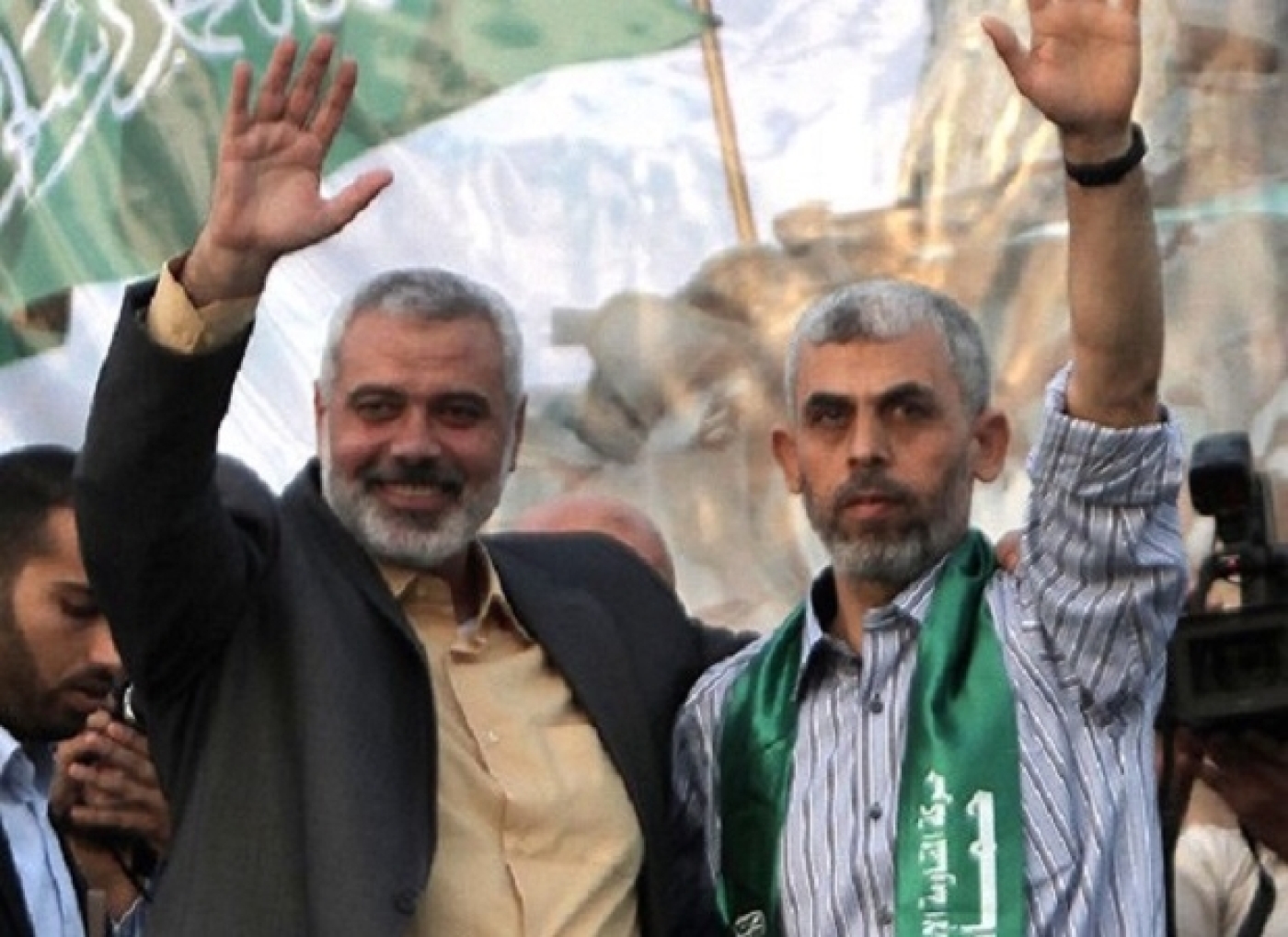 Sinwar, 55, a member of Hamas's armed wing, was elected as head of the political office in Gaza on Monday.

He replaced Ismail Haniyeh, who is seen by many observers as the most likely successor to Hamas's current exiled leader Khaled Meshaal.

Sinwar, a graduate in Arabic, was born in the Khan Younis refugee camp in southern Gaza.

He founded "Majd", one of Hamas's intelligence services, and was arrested by Israel in 1988 for "terrorist activity", and sentenced to four life sentences.

Sinwar was released in October 2011 under an agreement to exchange more than 1,000 Palestinian prisoners for the release of Gilad Shalit, an Israeli soldier captured five years earlier.

Since his release, Sinwar has been working as a member of Hamas' political bureau in Gaza, leading prisoner exchange negotiations with Israel and conducting reconciliation meetings between Hamas’s rival faction Fatah.

Hamas, which has controlled the Gaza Strip since winning elections in 2006, has been conducting internal elections for several months.

The process is shrouded in mystery and it is unclear when the other appointments will be announced.

Moussa dismissed claims that Sinwar’s election has been part of a plan to replace Meshaal with Haniyeh.

“Sinwar was a member of Hamas' Gaza political bureau. It is only normal for him to succeed as the group’s bureau chief,” Moussa told MEE.

“Hamas leaders don’t just replace one another. Positions are filled according to individuals’ experience and based on the choice of our people."

Israeli media warned that Sinwar's election had been a move to counter the rise of a right-wing government in Israel. Analysts also said that Sinwar’s militant background could lead to drastic changes in Hamas's policies towards Israel as well the potential for future confrontations.

“Sinwar will be very difficult to reach any sort of understandings with," Yaron Blum, a former senior official in the Israeli intelligence agency Shin Bet, told Israeli media. "Sinwar will do what he can to carry out terror attacks.”

But Palestinian analysts dismissed these allegations saying Sinwar had not been involved in any militant activities since his arrest in 1988.

Palestinian analyst Khalil Shaheen rejected the idea that the election of Sinwar was a reaction to rise of a right-wing Israeli government.

"Although Israel is planning future aggressions on Gaza and continues to build settlements in the West Bank, I don’t think the election of Sinwar has any relation to these activities.”

“In resistance parties like Hamas, leaders with military experience are more likely to take up positions within the political bureau,” said Shaheen.

“Considering that politicians have continuously failed to end the siege on Gaza or improve its economic situation, it is only normal for people like Sinwar to be elected," he added.

But if Israel attacks Gaza, according to Shaheen, military leaders, rather than politicians, in Hamas and other resistance parties will take the lead on deciding how to react.

He also pointed towards the presence of a strong consultative council within the party, where every decision is approved by the majority of the council – constituted of senior party members - before decisions are implemented.

The election of Sinwar also reflected popular support for his leadership among some Gazans.

For Marwan Ahmed, a 47-year-old Gazan merchant, Sinwar is a real patriot and combatant.

"I remember his name from the first intifada. He sacrificed a lot for our country and spent more than 20 years in prison. We need such a leader who strongly believes in liberating Palestine."

But for Gaza’s younger generations, unfamiliar with Sinwar's history, little change can be seen ahead.

"I first heard Sinwar’s name only a few days ago,” said Mostafa al-Haddad, a senior university student. “I don't believe changing leaders can change the situation. We change the names but the policies stay the same.”

“I hope the situation gets better. We want improvements in the economic situation and freedom of movement.”

Sinwar has yet to hold a press conference since his election.