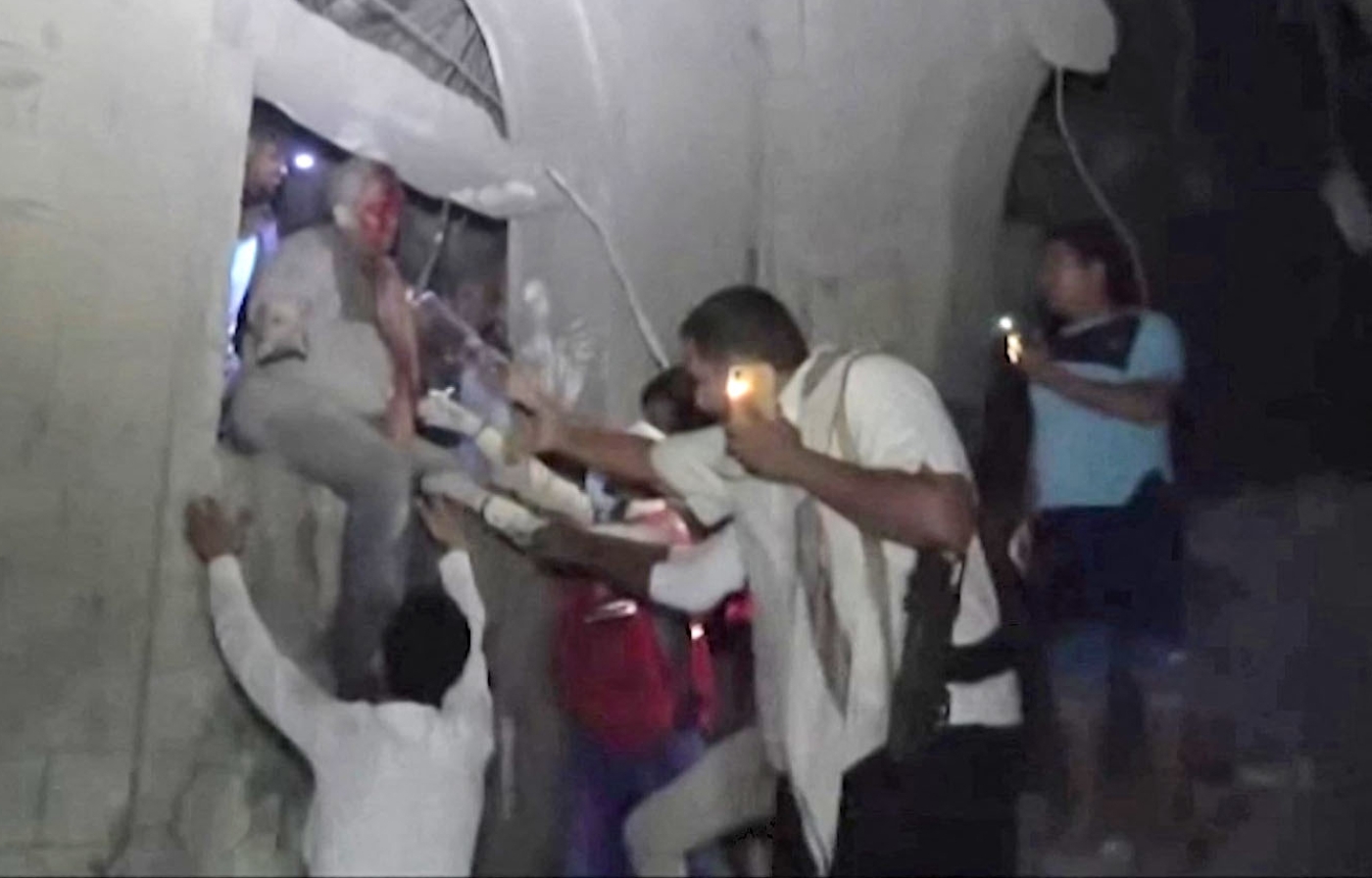 The coalition said they targeted a "hub for piracy and organised crime" in the city, whose port is a lifeline for the embattled country. 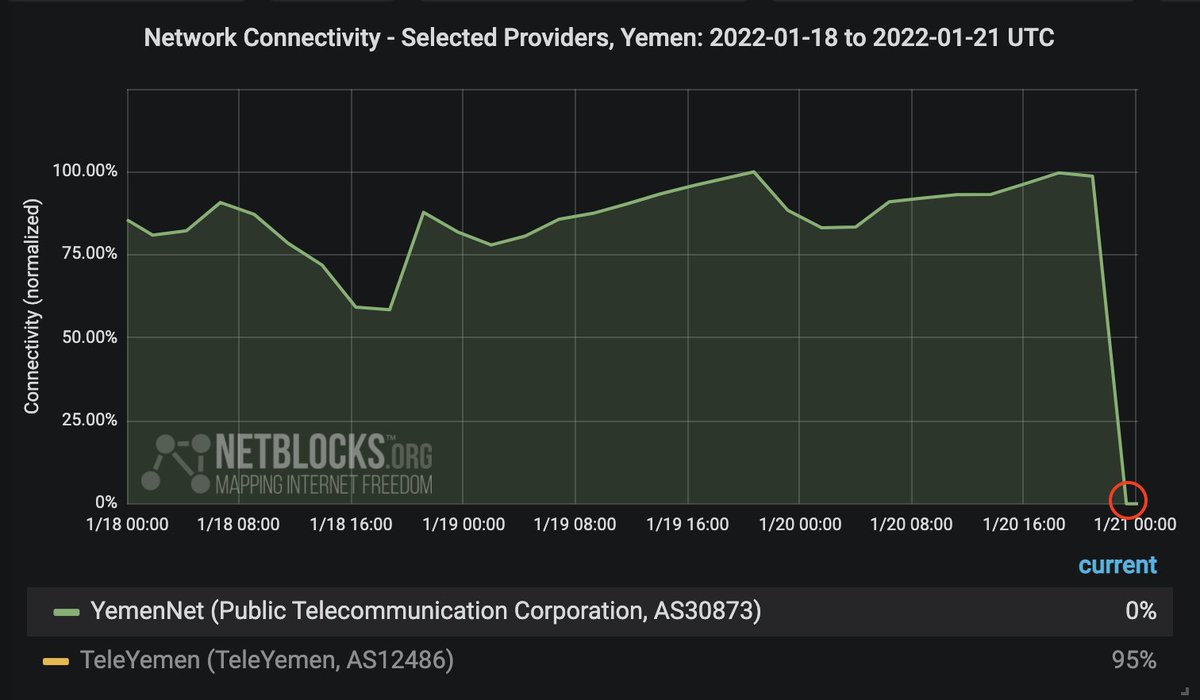 AFP correspondents in Hodeidah and Sanaa confirmed the outage.

Saudi Arabia's state news agency said the coalition carried out "precision air strikes... to destroy the capabilities of the Houthi militia in Hodeidah".

The Houthis said people had been killed in the raid, but the statement could not immediately be confirmed. An AFP correspondent in Hodeidah described a large-scale attack.

The attack comes after Houthi rebels hijacked a United Arab Emirates (UAE)-flagged ship in the Red Sea, prompting a warning from the coalition that it would bomb rebel-held ports.

On Monday, the rebels claimed a drone-and-missile attack that struck oil facilities and the airport in the UAE capital Abu Dhabi, killing three people and wounding six others.

The Houthis said the attack was in response to the UAE's support for an offensive by pro-government fighters that has pushed the rebels out of the southern Shabwah province and parts of Marib, a major setback for the group.

Saudi Arabia leads a western-backed military coalition that intervened in Yemen in 2015 to restore the government of President Abd Rabbuh Mansour Hadi, which was kicked out of power in the capital, Sanaa, by the Houthi rebels in 2014. 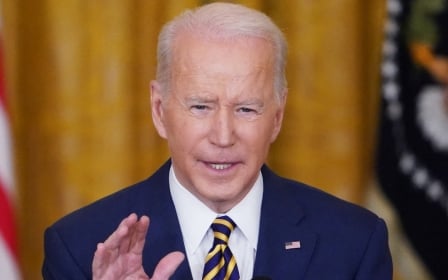 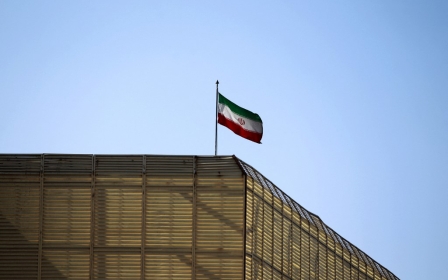 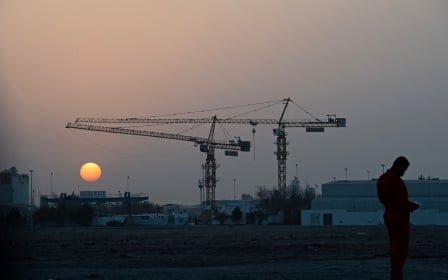