Many Yemeni drivers say they have to queue for days for petrol, echoing this scene from 14 October 2019 amid a fuel shortage in the capital Sanaa (AFP)
By
MEE correspondent
in
Sanaa 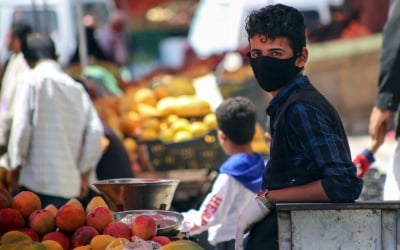 In Sanaa, the queues for petrol stretch as far as the eye can see. They are so long that drivers spend several nights in their cars before reaching the station for a refill.

When they get to the end of the line, the petrol may not even be available.

According to the vice chairman of the Red Sea Ports Corporation, Yahyah Sharafaddin, the last ship to offload in Yemen's Hodeidah seaport was on 20 May.

Rebel Houthis have accused the Yemeni government and the Saudi-led coalition allied to it of preventing 22 fuel ships from offloading in the strategic port, saying these ships had been given permission by the United Nations Verification and Inspection Mechanism for Yemen (UNVIM) to do so.

Djibouti-based UNVIM was set up in 2015, as the coalition accused the Houthis of smuggling Iranian missiles and arms through Yemeni ports under their control, including through Hodeidah, a charge both the Houthis and Tehran deny.

Speaking to Al-Sahat TV Channel, a spokesperson for the Yemeni Petroleum Company in Sanaa described the situation as "a kind of siege on Yemen by the Saudi-led coalition" and called for the UN and international community to intervene.

For many drivers in Sanaa and Houthi-held areas, every hour spent in the queue is income lost.

The few petrol stations that remain operating are open for only six hours a day and have capped the quantity of fuel that drivers can purchase: each bus can get 40 litres every four days, and each car can fill up 30 litres every five days.

"It is a struggle to fill the bus with 40 litres [of petrol]. This is the third day that I've been waiting in front of petrol stations and still cannot fill up," Ashraf al-Haimi, a 43-year-old bus driver in Sanaa, told Middle East Eye.

On the first day, he waited from morning to evening at one petrol station and then was told that the fuel had run out. So the next day he moved his bus to another station, hoping for better luck.

Haimi says he's tired of this job. But since he has no other source of income to support his family of seven, his only option is to wait patiently and hope there's still petrol left when he reaches the front of the queue.

"Nowadays I spend two to three days waiting to fill up my bus with 40 litres of petrol. Then I work for just two days before having to return to the queues again."

Haimi sleeps in his vehicle as he queues through the night because it's not safe to leave his new bus unattended.

While some bus drivers in Sanaa do own their vehicles, Haimi rents the bus he operates at the rate of 3,000 Yemeni rials per day. The rial is now worth locally as little as around 800 to the US dollar, compared with around 250 at the official rate.

Normally, Haimi would make anywhere between YR5,000-7,000 a day driving the bus. Now, due to the long wait for petrol, he can only work two to three days a week.

"I need at least 2,000 rials [a day] to provide for my family. This amount is very difficult to get during this crisis,” he said, adding that he gets YR100 for each bus passenger.

"Many drivers have stopped driving buses and gone to look for other work. But for me, if I stop, my children won't have food to eat," he said.

The black market does supply fuel, but at YR20,000 for 40 litres the price is out of range for most bus drivers. At regular petrol stations, the same amount would cost YR5,900.

A full tank of petrol is a cause for celebration for his family, Haimi says, because it means he will be able to work for two straight days.

On Thursday, 24 hospitals in seven provinces in Yemen issued a statement saying that they were running out of fuel supply.

Without fuel, the hospital cannot run generators necessary to keep surgical equipment and operating rooms going, putting thousands of lives at risk as a result, especially during a coronavirus pandemic, which the UN refugee agency said last month could push Yemen closer to a "potential breaking point".

The hospitals called on the United Nations and international non-governmental organisations to intervene and release the detained fuel ships.

The fuel shortage has also led to the doubling of water prices, as both water pumps and water trucks are now running less frequently.

Mohammed Ibrahim, a water truck driver, told MEE that he could no longer sell water at the same price as before, or else he would be unable to make ends meet.

Most residents depend on water trucks to supply them with clean water from wells in the outskirts of cities.

"I can summarise the increase of water prices in one sentence. If the fuel is expensive or hard to get it, everything else will be expensive and the situation will be bad," Ibrahim said, adding that he hoped the warring sides can reach an agreement to solve the fuel crisis in Houthi-controlled areas.

The Saudi-led coalition is trying to evade responsibility for detaining the fuel ships by sending fuel trailers in their place, said the general executive manager of the oil company in Sanaa, Amar al-Adhroei.

In a Facebook post, he explained why the Houthis have not allowed the 250 fuel trailers coming from Aden to enter areas under their control. "Ninety-percent of the vehicles aren't fuel trucks but normal cars carrying tanks filled with fuel, and only 20 percent of the fuel meets specifications," Adhroei said.

Adhroei insisted that the Saudi-led coalition is responsible for this crisis, as it is still preventing fuel ships from offloading in Hodeidah.

However, some Yemenis called the Houthi's reason for blocking the fuel trailers a "joke".

"We buy petrol from the black market, and usually this petrol is mixed with water and other materials. Does this meet their specifications? This is just a pretext by the Houthis to prevent the fuel trailers from entering, and then to create a fuel crisis so the world will feel sympathy for them," said Mohammed, a Sanaa resident.

"My message to the Houthis is to let the fuel trailers enter their areas without silly statements, and my message to the coalition is to lift the siege on Yemen and let ships offload fuel in Hodeidah," he said.

As for Haimi, the bus driver, politics don't mean much as long as he can get access to petrol.

"Petrol means work, and work means a good life. Without enough petrol our life will only get worse," he said.

Yemen saw its worst fuel crisis in 2015 when the country's refineries ceased operation after it stopped oil production. Hundreds of angry rioters expressed their frustration over the sudden surge of fuel price by blocking off main roads and burning tyres in the streets of the capital. The crisis began to ease when Yemen started to import fuel.

The country has already been branded the world's worst humanitarian crisis. A survey by 24 international aid groups, including Save the Children, has warned that around 5.5 million people face losing access to food and clean water in Yemen this year. 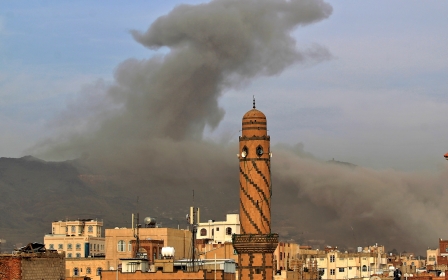 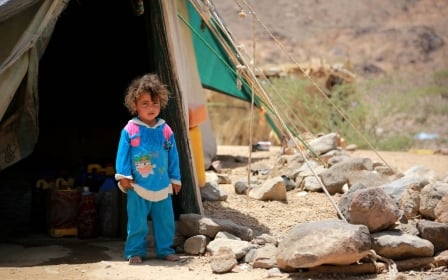