Yemen's plunging riyal has sparked protests across the country's south, and plunged it into an ever-deeper humanitarian crisis 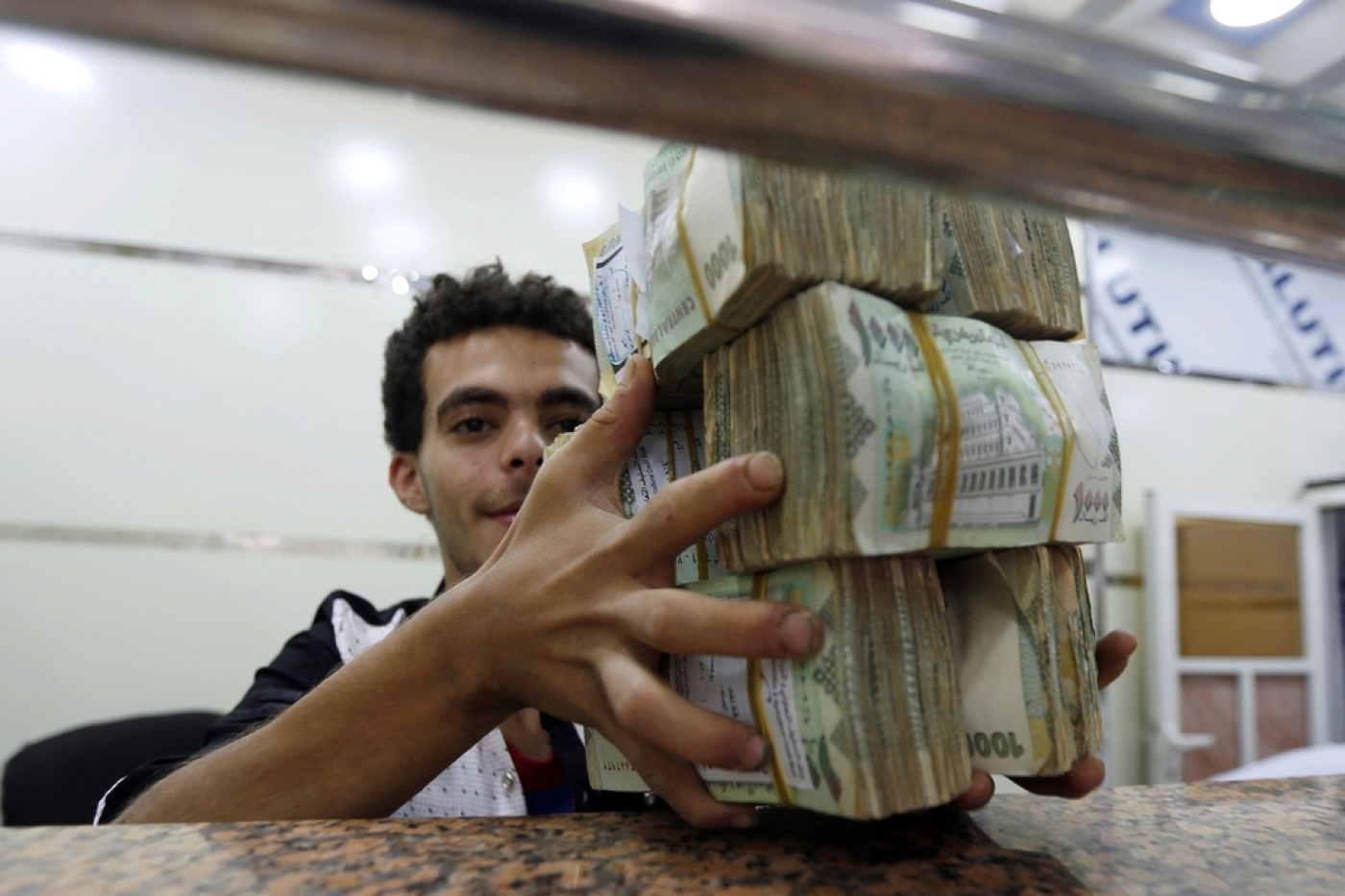 A money changer holds bundles of Yemeni currency at an exchange shop in Sanaa, Yemen, 8 June, 2016. (Reuters)
By
MEE staff

Yemen’s central bank, pressured to halt the plummeting of the riyal, said it nearly doubled the interest rate on Tuesday following recent violent demonstrations over the country’s ailing economy.

Official news website SABA said the central bank, located in territory controlled by its Saudi-based government, raised the interest rate on certificates of deposit to 27 percent, up from what Reuters news agency said was a four-year steady rate of 15 percent.

Hundreds of demonstrators protested earlier this month in the southern province of Aden over the worsening economic situation, blocking major roads and setting tyres on fire.

In a bid to placate the masses, the government promised to raise the salaries of civil servants, but demonstrations nonetheless spread to several other government-held provinces in the south.

Yemen, the Arabian Peninsula’s poorest country, was grappling with a dire economy before a civil war that began in 2015 knocked off more than half the riyal’s value.

Control over Yemen is divided between the Iran-aligned Houthi movement, which captured the capital Sanaa and under whose control most Yemenis live, and the Saudi-backed government of exiled President Abd Rabbuh Mansour Hadi, which governs the south.

According to SABA, the central bank also raised the interest rate on government bonds to 17 percent, without providing the previous rate.

In the statement, the bank highlighted a series of measures to halt the depletion of the local currency while also providing required supplies of hard currency for basic goods and commodities.

These measures include capping the amount of foreign currency Yemenis are allowed to take outside the country to $10,000, unless an approval the central bank is given, and opening channels for the purchase of basic goods using Saudi deposits.

The United Nations says more than 8 million Yemenis are at risk of famine, requiring the world's most urgent relief effort.

"The Central Bank of Yemen is also committed to helping banks transfer cash from foreign currencies to their foreign accounts," SABA quoted the bank's statement as saying.

Last year, the government floated the riyal, making its value susceptible to the fluctuations of the market, instead of a fixed rate. The central bank, originally located in Sanaa, was moved to Aden in 2016, a move that put the bank in the crossfire of Yemen's war.