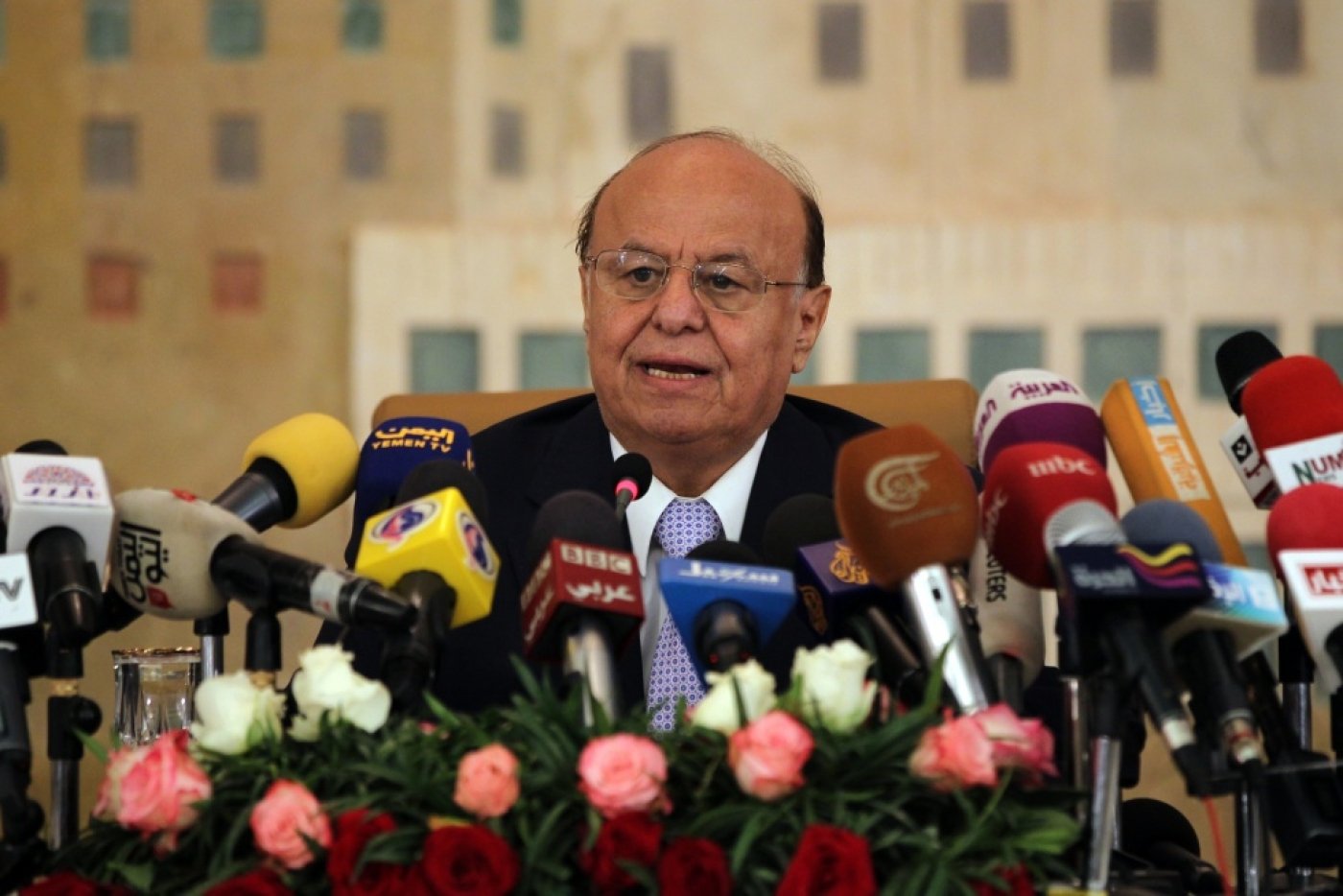 Hadi resigned back in January under pressure from Houthi militias that stormed the capital and the presidential palace. The militias then placed Hadi under effective house arrest but he was able to flee south over the weekend and arrived in the southern stronghold of Aden on Saturday, where he announced that he remained Yemen’s “legitimate” leader - a move that sparked widespread speculation that he would try to reclaim his presidency.

"I have withdrawn my resignation which I tendered to your esteemed parliament," Hadi wrote in the letter, a copy of which was seen by AFP.

In the letter, Hadi urged lawmakers to cooperate with him to "salvage the salvageable and to normalise the security and economic situation in all provinces".

The Yemeni parliament will now have to vote on the issue of his reinstatement. The parliament, however, has failed to meet since last month and has as yet to approve or reject Hadi’s original resignation. It was dissolved by a “constitutional declaration” by the Houthis in January and was slated to be replaced with a transitional council.

In his letter, Hadi also called on government ministers to "head immediately to Aden to convene," a presidential aide told AFP.

Some of Hadi’s former ministers and officials, including Prime Minister Khalid Bahah, however, remain under house arrest in the capital.

Foreign Minister Abdullah al-Sayadi was released after a brief incarceration on Tuesday, after ministry employees reportedly threatened to go on strike if he was not released, Anadolu Agency reported.

Industry and Commerce Minister, Mohamed al-Saadi, was reportedly detained earlier in the day by Houthi militias, with local media claiming he was held after trying to fly to Aden, although he too has now been released.

"The Houthi revolutionary committee has threatened to refer uncooperative ministers to prosecutors on charges of treason," the pro-Houthi al-Massira television channel said.

Upon his arrival to Aden, Hadi declared that all decisions taken by the Houthis since 21 September last year - when the Shiite militias first took control of the capital Sanaa and forced the UN to mediate a now defunct ceasefire - were "null" and "illegitimate" and said that the events amounted to a "coup". He has since met with regional governors from both north and south to try and gather support against the Houthis who now control the majority of northern Yemen.

The UN is now scrambling to get fresh talks going, but with the country fiercely divided, the UN peace bid faces a number of hurdles including violence, a southern separatist movement and an al-Qaeda insurgency.

According to the UN envoy for Iraq Jamal Benomar, Hadi has requested to have the talks moved to Aden.

Hadi has expressed "reservations about continuing the current negotiations in Sanaa," the envoy Jamal Benomar wrote on his Facebook page.

The Western-backed leader also "requested they be transferred to a 'safe place' to which the parties should agree," he added.

While southern Yemen has thus far managed to resist the Houthi onslaught, it is home to a southern separatist movement that is clamouring for independence from the north. It has also played host to a string of al-Qaeda-linked attacks.

On Monday, neighbouring Gulf monarchies welcomed Hadi's escape to Aden and called on Yemenis to support him.

"This is an important step that stresses his legitimacy," the six-nation Gulf Cooperation Council said in a statement. Inside Yemen
Yemen's Hadi meets with country's governors in Aden

Inside Yemen
Yemen's president escapes Sanaa: Hadi do it?