YPG had previously accused Turkey of attacking them in July 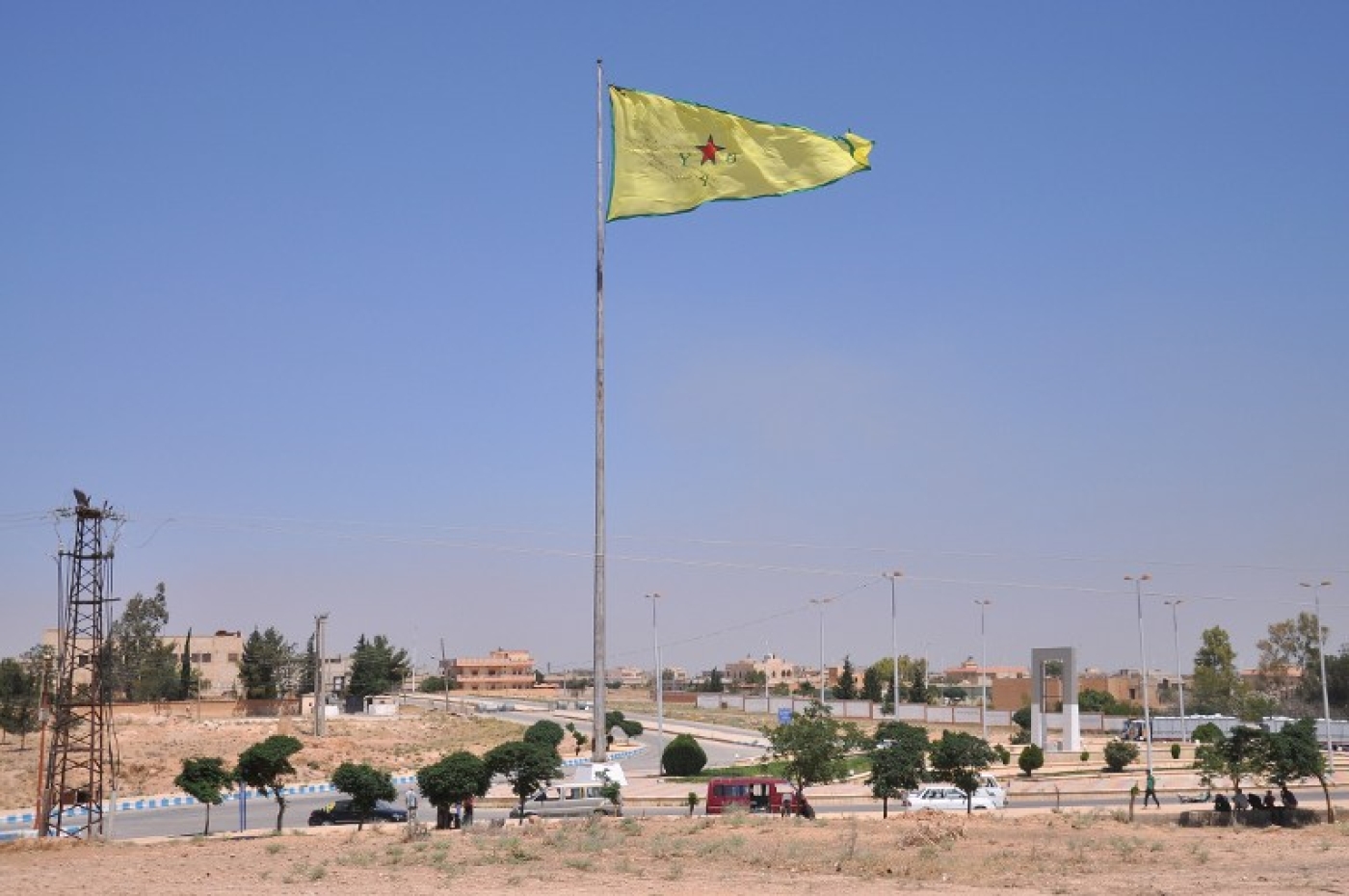 A Kurdish People's Protection Units (YPG) flag flutters above the Syrian town of Tal Abyad, on the border with Turkey (AFP)
By
MEE staff

The People's Protection Units (YPG) have accused the Turkish military of firing on its positions in the Syrian border town of Tal Abyad.

In a statement released on Sunday, the YPG - the main Kurdish fighting force in Syria - stated that Turkish forces had attacked YPG positions at the border of Tal Abyad (known to Kurds as Gire Spi) on Saturday evening and on Sunday morning.

The YPG previously accused Turkish tanks of shelling the Kurdish-held village of Zur Maghar in Aleppo in July, a claim denied by the Turkish government.

“Instead of targeting ISIS [IS] terrorist occupied positions, Turkish forces attack our defenders’ positions,” the YPG said at the time. “We urge [the] Turkish leadership to halt this aggression and to follow international guidelines. We are telling the Turkish army to stop shooting at our fighters and their positions.”

Though the Turkish government has repeatedly stated that the YPG - and its political wing the Democratic Union Party (PYD) - are "terrorists". It has also said that it makes no differentiation between the group and the outlawed Kurdistan Workers Party (PKK), but so far the Turkish military has officially refrained from attacks on YPG targets, instead focusing its recent anti-PKK air campaign exclusively against targets in northern Iraq.

The YPG have receieved support from the US, who see them as a major bulwark against the Islamic State group.

Planes from the US-led anti-IS coalition have supported YPG fighters on the ground and helped them take large swathes of northern Syria from IS.

Working in tandem with Free Syrian Army (FSA) forces in northern Syria, the YPG have reportedly been preparing for a major offensive against the IS stronghold of Raqqa, and have called for greater resources from the US.

“We haven’t received weapons yet,” said YPG fighter Heval Serfiraz, in the YPG headquarters base close to the town of Ayn al Issa, speaking to MEE. "The last time the US supported us with weapons was one year ago in Kobani, but they have promised them."

“We don’t have heavy weapons like the Islamic state. We just have Kalashnikovs and Doskhas. IS weapons are much better than the YPG,” he said.

“We need anti-tank weapons and heavy weapons,” the YPG fighter, who originally comes from Turkey, said.

Turkey has reportedly been critical of US support for YPG fighters in Syria, fearing the potential for an autonomous Kurdish entity in northern Syria, which could spur on Kurdish nationalists in Turkey.

Turkey reacted angrily to news that a US weapons drop in northern Syria on October 11 had been intended for the YPG.

“As the ally countries would not tolerate excuses for arms support to al-Qaeda-affiliated groups, Turkey cannot excuse any armed support to groups linked to the PKK. It certainly cannot allow any tolerance in this matter,” Davutoglu said. "The goal of Turkish President Recep Tayyip Erdogan and his AKP government is clear," wrote analyst Micha'el Tanchum, in Foreign Affairs. "They want to unravel the partnership between the PKK-affiliated Democratic Union Party (PYD) and the United States. US-supported PYD victories against ISIS have enabled the party to build a contiguous stretch of territory in northern Syria, which runs from Kobani to the Iraqi border," he said using another acronym for IS.

"Facing the prospect of the PYD joining its third canton to this corridor to form an autonomous Kurdish region, called Rojava, along Turkey’s southern border, Turkey’s president had to act."