The Africans are at the gates

Meron Rapoport
The Israeli High Court decision to scrap parts of an anti-infiltration law touched one of the most sensitive nerves in the country: demographic fear 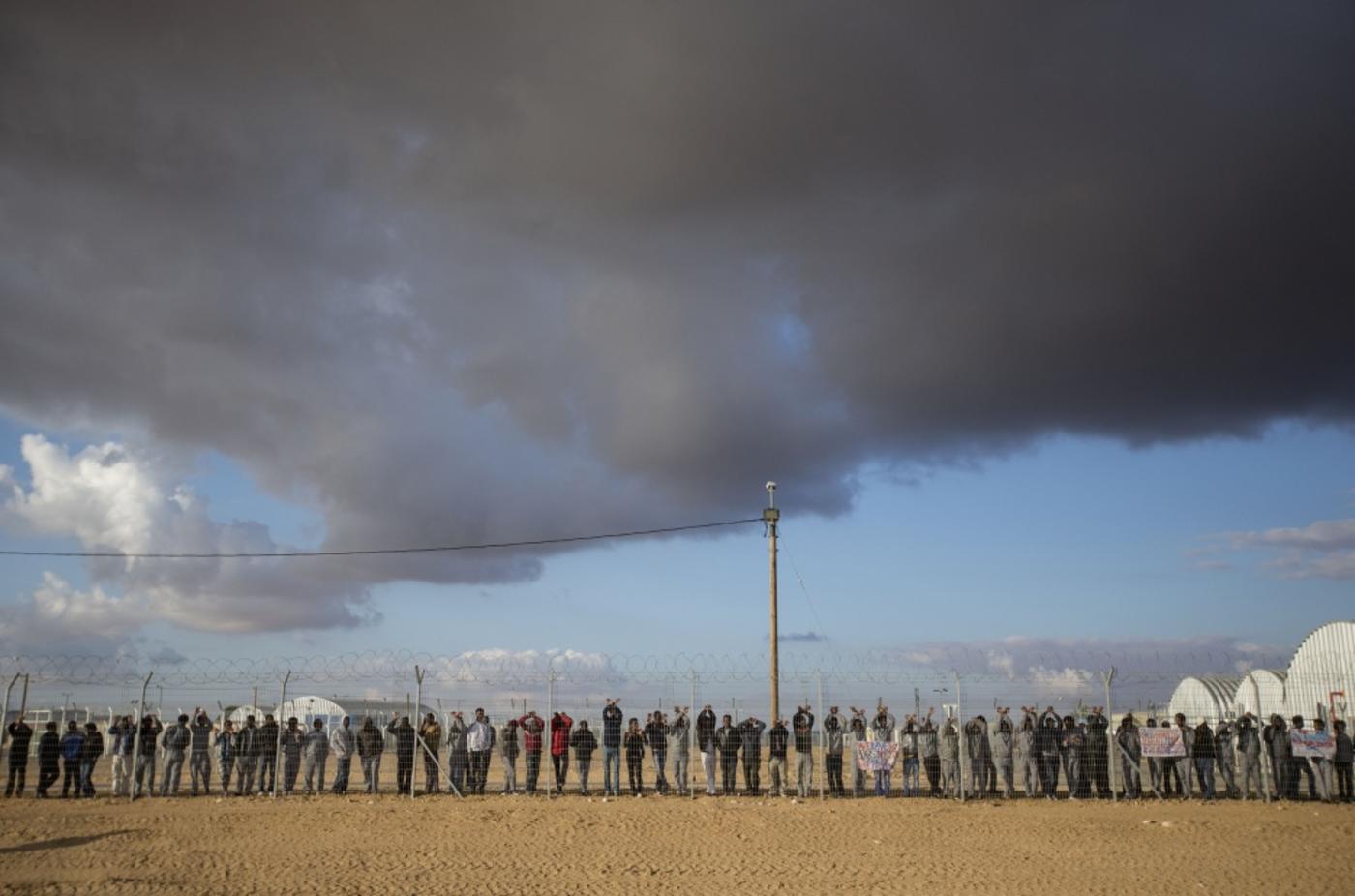 Just a week ago, Gideon Saar, Israel's Interior Minister and a likely future contender for the post of Prime Minister, surprised the public with his sudden announcement that he will resign in two weeks. On Tuesday this week, it was Saar's turn to be surprised. The Israeli High Court, with a majority of seven against two, decided to scrap large parts of the anti-infiltration law which Saar initiated and considered as his one of his major political achievements.

Not only Saar was surprised. The right-wing politicians, always suspicious about the High Court interference in their affairs, were furious. Saar himself commented that the High Court decision is "wrong" and leaves the Israeli government "without tools to cope with the phenomenon of illegal infiltration."

The first African  refugees, mostly  referred to as "infiltrators" in the Israeli legal and media jargon,  arrived from Sudan some ten years ago, fleeing the atrocities in Darfur. They made the long trip to the Sinai Peninsula in Egypt, and after paying high sums to local smugglers, crossed the unfenced border into Israel. They were followed by tens of thousands of Eritreans fleeing the military dictatorship in their country. By the end of 2011, the flow of illegal African immigrants reached a record of 3,000 per month.

Most of the 50,000 African newcomers settled in the poorest neighbourhoods of Tel Aviv without any clear status. As refugees from Eritrea and Sudan are protected under UN resolutions, Israel was unable to deport them. At the same time, Israel didn't take the necessary steps to recognise them officially as refugees, a status which would have enabled them to work legally in Israel. So they were left in between: not able to lead a normal life in Israel, yet secured from forced expulsion.

This vacuum had negative effects on the African community, as well as on local Israeli residents of these neighbourhoods in the southern parts of Tel Aviv. The local population, mostly Mizrahi Jews who emigrated from Arab countries, felt already discriminated against for years by the Ashkenazi (Jews originally from Europe) elites and their neighbourhoods were largely neglected for generations.

The influx of tens of thousands of African immigrants, most of them males without a steady job, only exasperated the feeling of the local residents that they were abandoned by the State. The road leading to racial tensions and sporadic violence was short. South Tel Aviv was on the way to become a time bomb. An all-out confrontation between the local Mizrahi Jews on the one hand and the African immigrants, supported by human rights activists, most of them Ashkenazi, on the other.

Yet this was not only a local matter. The immigration from Africa touched a very delicate nerve in the Israeli collective mind: the demographic fear or even obsession. Any official data suggesting that the percentage of Arabs or Muslims has gone up in Jerusalem or within primary school students or in Israel as a whole, is a source for anxiety in the press and in the public. Just this week, on the eve of the new Jewish year, the Interior Ministry published a list of the most popular names given to new born babies in Israel. The name Yossef came in first. The Ministry somehow “forgot” that the most popular name last year was Muhammad.

The Africans, with their dark skin, were almost automatically associated with this "Muslim danger." It is of no matter that the Eritrean asylum seekers, more than 40,000 of the total refugee community, are predominantly Christian. As it matters less to the Immigration Authority in Israel that the majority of the illegal residents in Israel (93,000 out of 160,000) are tourists from the ex-Soviet Union whose visas had expired. They have the advantage of not looking black, let alone Muslim or Arab.

Former Interior Minister, Yishai, was very clear in making the connection. "The infiltrators, together with the Palestinians, will lead us very soon to the end of the Zionist dream," he said in a newspaper interview in January 2012. Miri Regev,  member of the Knesset from the Likud party and head of the Interior Commission in Parliament, declared in front of an angry crowd in southern Tel Aviv that the "Sudanese are a cancer in our body and we will do anything we can to drive them back to their country."  The term “Sudanese,” who are indeed Muslim, served as a generalisation for African refugees who are, as we have seen before, mostly Christian.

In the light of this atmosphere, it is understandable why Israel has expended 1.4 billion shekel (400 million dollars) to build a barrier along its 220 Km long border with Egypt, finishing this ambitious project within just one year. It is also understandable why the Israeli parliament passed a law enabling the Immigration Authority to put "infiltrators" in jail for three years, without trial and without checking their claims that they are asylum seekers entitled for protection under international law.

Yet this law was rejected by the High Court of Justice a year ago for the simple reason that in a democratic state you cannot jail people without a trial, only because they entered your territory without permission, allegedly fleeing from persecution and death. But the right-wing coalition was unbowed. Led by new Interior Minister, Saar, it passed a new law enabling the authorities to send "new infiltrators" for one year to prison and allowing the authorities to send the rest of them to an "open residence centre" for an unlimited period.

In his decision this week, the High Court did not buy the amendments in the law pushed by Saar. The "open residence centre" is practically a jail, and therefore, should be closed within 90 days, ruled the Court, and the one year prison term without a trial is also unacceptable. "Depriving a man, any man, of his freedom is the last resort," concluded the High Court judges.

These statements are hard to swallow for Saar and other right-wing politicians. They are looking for ways to pass a law which will enable the Knesset to bypass the High Court on "sensitive" issues like immigration. The fact that the flaw of asylum seekers from Africa has practically dried up (14 newcomers in the last year) after the building of the barrier does not change much. According to them, the Africans, or the Muslims in general, are at our gates, waiting for the right moment to invade. The High Court decision is the signal they are waiting for. Which means that the political battle around this thorny issue is far from over. In the meanwhile, African immigrants and local Israelis in poor neighbourhoods will continue to pay the price. Inside Israel
The disturbing story from within
Meron Rapoport