In Afrin, Turkey has no choice but to wage a war on the PKK

Basheer Nafi
To achieve its objectives in Afrin and Manbij, Turkey may have to make some political concessions to Russia or others 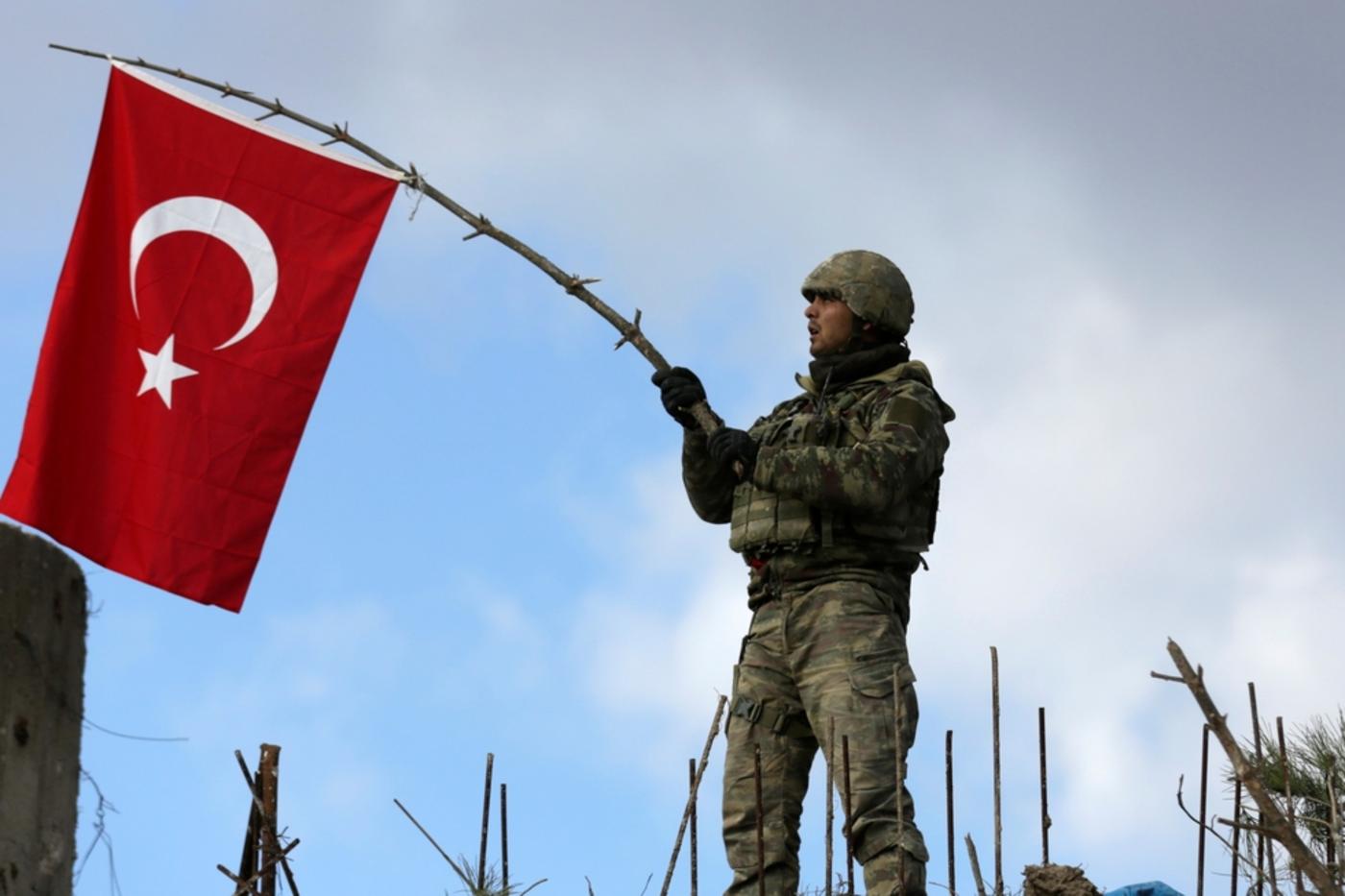 On 20 January, the Turkish army, accompanied by Syrian opposition forces, embarked on a major operation in the Afrin region of northwestern Syria.

Ankara says the operation, aimed at cleansing Afrin of armed fighters affiliated with the Kurdistan Workers' Party (PKK) and dismantling the camps of armed Turkish leftist groups that have found a safe haven under the PKK umbrella, would later extend to Manbij.

Turkey has sent a large military force to Afrin, estimated by sources close to the ruling AKP party at more than 20,000 soldiers - including airborne, armoured and private forces - in addition to thousands of Syrian opposition fighters. A total of 72 Turkish air force jets reportedly participated in the first day of the operation, named Operation Olive Branch.

Thanks to the silence and encouragement of the regime of Hafez al-Assad, Afrin has, since the 1990s, been regarded as an area of PKK influence and an important centre for recruiting and arming its militants

The deployment of such a sizeable force is not surprising, because the operation will not be easy. The Afrin region comprises dozens of Arab and Kurdish villages, while hundreds of thousands of Syrians live within the city of Afrin itself.

Most are Syrian Kurds, but there are also many Arabs and Turkmen, along with a significant number of refugees who have fled from other war zones.

Thanks to the silence and encouragement of the late Syrian president, Hafez al-Assad, Afrin has, since the 1990s, been regarded as an area of PKK influence and an important centre for recruiting and arming its militants.

If Operation Euphrates Shield, which targeted the Islamic State (IS) in the triangle of Jarablus, Azaz and al-Bab, lasted for not less than three months, Operation Olive Branch could take as long or longer.

Losses in Operation Olive Branch, whether among fighters or civilians, may even be bigger.

Yet only in political terms can this confrontation be described as a battle between the Turkish army and armed Kurdish forces. Ethnically speaking, the Turkish army is comprised of Turks, Arabs and Kurds. Alongside Arab Syrian opposition units, they stand against Kurdish fighters and armed elements affiliated with Turkish leftist organisations, and possibly some Arabs who belong to the Syrian Democratic Forces (SDF).

In many respects, the Afrin operation looks like a small civil war, involving all peoples of the Middle East

In many respects, the Afrin operation looks like a small civil war, involving all peoples of the Middle East.

Who, then, is responsible for this operation and its repercussions?

Whatever criticism that has been directed at Ankara's handling of the Syrian crisis, it is clear that Turkey has been left with no choice. The PKK has been waging war against Turkey and its people since 1984.

Although successive Justice and Development Party governments adopted new approaches to resolving the Kurdish problem, and despite the fact that a peace process for a comprehensive settlement was launched in 2013, the PKK was the first to break the ceasefire in the summer of 2015.

When Turkish security agencies resumed their campaign against PKK terrorists, they discovered that the PKK had been lying throughout the peace negotiations. Instead of withdrawing weapons and armed elements from the country, the party exploited the cessation of hostilities to amass explosives and deploy armed cells.

Over the past two years, the PKK's armed uprising in southeastern Turkey has been defeated and dozens of its cells disbanded. The party also failed, during the chaotic period that followed the rise of IS, to establish a strong foothold in Iraq's Kurdish region.

Syria was a different story. The Syrian branches of the PKK collaborated with the Syrian government during the early years of the revolution to seize control of Afrin and northeastern Syria.

They pursued a fascist policy to uproot all opposition forces, especially those affiliated with the Kurdish National Council.

Amid the battle for Kobane in 2014-15, the Syrian branch of the PKK was placed under US patronage. They received dozens of US weapons shipments, whether via small Syrian airports under US control or through northern Iraq.

American weapons reached not only the units fighting IS, but all the areas where Kurdish armed elements existed, including Afrin.

Only the Americans, who designate the PKK as a terrorist organisation, claim that the Syrian Kurdish organisation is independent of the PKK

Soon, these weapons started trickling into Turkey itself, where PKK cells used them to conduct terrorist attacks against the Turkish state and its people. In some areas, believed to be threatened by Turkey or the Syrian opposition, the Americans have sent their own troops and hoisted their own flags to protect the Kurdish units.

The illusion of power, engendered by US protection and supplies, encouraged the Kurdistan Democratic Union Party (PYD) of Syria and its armed tentacles – under direct instructions from the PKK in the Qandil Mountains – to establish a Kurdish autonomous zone extending from the Iraq border towards the Mediterranean coast along the Turkish border.

To accomplish this objective, the PYD embarked on a campaign to cleanse the region of the Arabs and Turkmen. Dozens of Arab and Turkmen villages have been affected.

Yet the PKK is not solely responsible: the US shares the blame. All Middle East experts, whether Kurdish or otherwise, are aware of the organic relationship between the PKK and the PYD. Only the Americans, who designate the PKK as a terrorist organisation, claim that the Syrian Kurdish organisation is independent of the PKK.

In reality, the PYD was a convenient tool to achieve certain American objectives in the region.

In one way, this alliance with the Kurds could enhance US chances of determining Syria's fate. The Americans are also endeavouring to disrupt Iranian supply routes to the Mediterranean and to curtail the influence of Iran and its allies in the region.

Preventing IS from re-establishing a safe haven in Syria has become a secondary objective; in pursuing its goals, the US cares little for Turkey's national security or Syrian territorial integrity.

Amid this backdrop, one party is primarily responsible for the bloody, chaotic quagmire gripping Syria: President Bashar al-Assad and his Iranian allies. It was Assad and his allies in Tehran who decided to confront the peaceful movement of the Syrian people and their humble demands for reform with force.

It is Assad and his allies who turned the people's uprising for freedom and justice into a civil war. And having failed to defeat the people's revolution, Assad and Iran did not hesitate to turn Syria into an international conflict.

To achieve its objectives in Afrin and Manbij, Turkey may have to make some political concessions to Russia or others. It is not unlikely that Turkey may come under US pressure, or even be subjected to US retribution.

Yet, the north of Syria is not likely to become a Kurdish state under PKK or US control. The era of superpower intervention is certainly not over, but what has ended is the era in which foreign powers determine the destiny of the Middle East and its peoples.

- Basheer Nafi is a historian of Islam and the Middle East.
The views expressed in this article belong to the author and do not necessarily reflect the editorial policy of Middle East Eye.
Photo: A Turkish soldier waves a flag on Mount Barsaya, northeast of Afrin, Syria 28 January 2018 (Reuters) 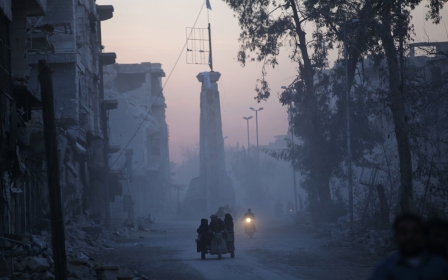 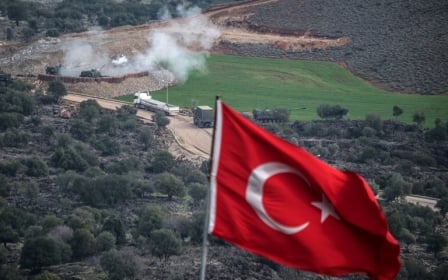 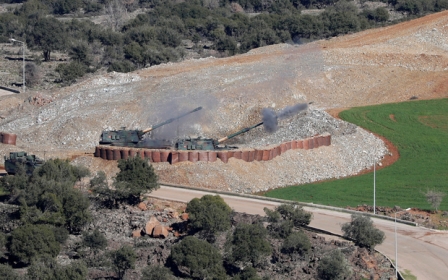