After Khashoggi, the myth of the benign Arab monarchy is dead 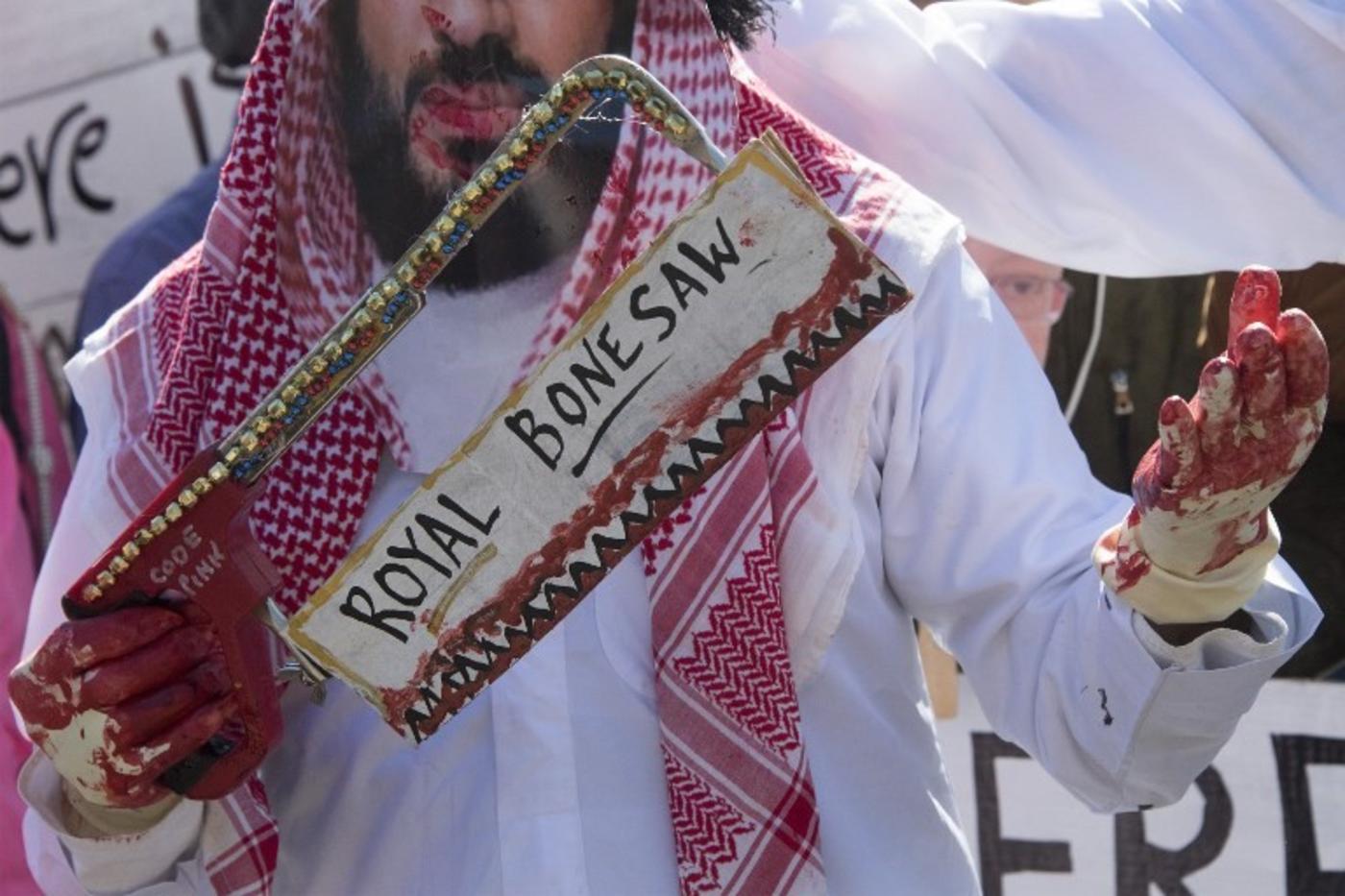 The alleged difference between post-independence republican and monarchical authoritarianism in the Arab world is centred on a persistent myth. It is believed that republican regimes are bloody, violent and treacherous whereas the monarchies are benevolent dictatorships, deploying more carrots than sticks.

Monarchies are believed to rule by consensus and co-optation. They are better at the management of diverse interest groups such as economic, tribal and religious elites.

The myth of the caring monarchy

But the murder of Jamal Khashoggi at the Saudi consulate in Istanbul on 2 October has shattered the image of the caring welfare monarchy. The Saudi regime is now accused of deploying spectacular violence on a global scale.

Historically, the Saudi state's sources of legitimacy rested on Islam, oil, development, and prosperity. Magnifying the regime’s contribution to Muslim causes was believed to generate religious legitimacy not only domestically but also across the Muslim world.

The rise of Mohammed bin Salman, MBS, has shattered many myths. Amongst them is the belief that the monarchy has velvet gloves that are deployed to ensure acquiescence

Furthermore, observers believed that distributing oil wealth to the population guaranteed loyalty and subservience since untaxed citizens have no right to demand representation.

So the image of the pious nanny monarchy persisted while repression was hidden behind an iron curtain, in prisons and detention centres. But now the bubble has burst after a daring act of murder.

The rise of Mohammed bin Salman, MBS, has destroyed many myths. Amongst them is the belief that the monarchy has velvet gloves that are deployed to ensure acquiescence. Now the time has come to consider the seriousness of the regime’s capacity to carry out murderous acts such as that at the consulate.

Since he became crown prince, MBS has deployed three strategies to control the population.

First, populism flourishes under the slogan al-saoudiyya al uthma (Great Saudi Arabia) and, more recently, Saudis have been portrayed as resembling their own geography. They are like the famous mountain, Jabal Tuwaiq, in its erect and imposing aura, according to MBS.

It is this mountain that now replaces the holy places, Mecca and Medina, as a symbol of Saudi national pride and importance. Far removed from the old focus on the holiness of sacred geography, the recent invocation of Jabal Tuwaiq is meant to generate a different kind of patriotism, detached from old religious legitimacy and sentiments.

MBS’s populism combines both the "circus" of popular entertainment, and real violence, to fashion the new Saudi citizen and establish a different polity in which only loyal citizens are included, while critics and dissidents are outside the body of the nation.

To participate in MBS’s popular culture is key to asserting membership in the new nation, described as shedding its archaic tradition, backwardness and embarking on a solid path towards modernity.

But those who criticise the current Saudi carnival are considered traitors. They are immediately placed outside the boundaries of the nation, hence their elimination, detention, and torture are normalised, and rendered acceptable.

Second, current Saudi populism is accompanied by the modernisation of the state’s apparatus of surveillance. MBS’s heavy investment in spy technology, with the help of Israeli technology firms among others, is now an open secret. With the purchasing power of the state and its outreach to global suppliers, it becomes easy to import the latest knowledge, skills and technology that allow the state to achieve total control over the citizen.

Third, the grooming of violent state actors is central to the new project of the hyper-modern state. Khashoggi's murder exposed how the regime is now investing heavily in developing the skills of death squads, torturers and thugs who can be dispatched by private jets, and have at their disposal safe Saudi spaces.

Airports, travel documents, private jets, not to mention the instruments of torture, expand the realm of state violence. The fifteen individuals reportedly dispatched to Istanbul to meet Khashoggi at the consulate reflect the outreach of the death squads and their impunity.

According to the Saudi public prosecutor, the murder of Khashoggi was planned. Yet he refrained from naming those who planned or executed it. This came several weeks after the leadership denied that Khashoggi was murdered inside the consulate.

While the Khashoggi murder may be exceptional, every day the state practices unchecked violence inside the country. In Saudi Arabia, indefinite detention, long lists of charges against detainees, delayed court appearances, death penalties, and beheadings are now commonplace, but they do not warrant the kind of global outrage that met the murder of Khashoggi.

The Saudi media onslaught against detainees, including posting their pictures and naming them, makes the spectacle of violence real and effective as a deterrent. Moreover, collective punishment of detainees whose family members are either banned from travel or detained, deters future critics as feelings of guilt and responsibility overwhelm them and push them into submission.

Other citizens watch and follow the news without being able to respond. Such practices guarantee that most citizens are neutered and muted. Online intimidation, especially on Twitter, has become yet another platform for spreading fear. Saudis dub bots and trolls "electronic flies", or thubab, of the regime. The flies are run from a farm outside Riyadh.

The state also implants spies in global social media corporations to access personal details of dissidents. It also employs global management consultancy firms to map dissident platforms and name the dissidents who challenge its narrative about its policies. The local terror is enabled by global accomplices.

While the world apprehensively awaits hard truths and facts about the murder of Khashoggi, this incident is the culmination of a rising tendency to deploy gruesome violence, all normalised in the new era in Saudi Arabia.

However the new terror has spun out of control, reaching other countries, and cannot be concealed by propaganda. The world has watched in horror and fascination as news of the murder unfolded, while Saudis simply hope that they too are not on MBS’s blacklist. Khashoggi
Can Saudi Arabia survive without the House of Saud?
Madawi al-Rasheed