The Anti-Israel Boycott Bill: Turning a threat into an opportunity 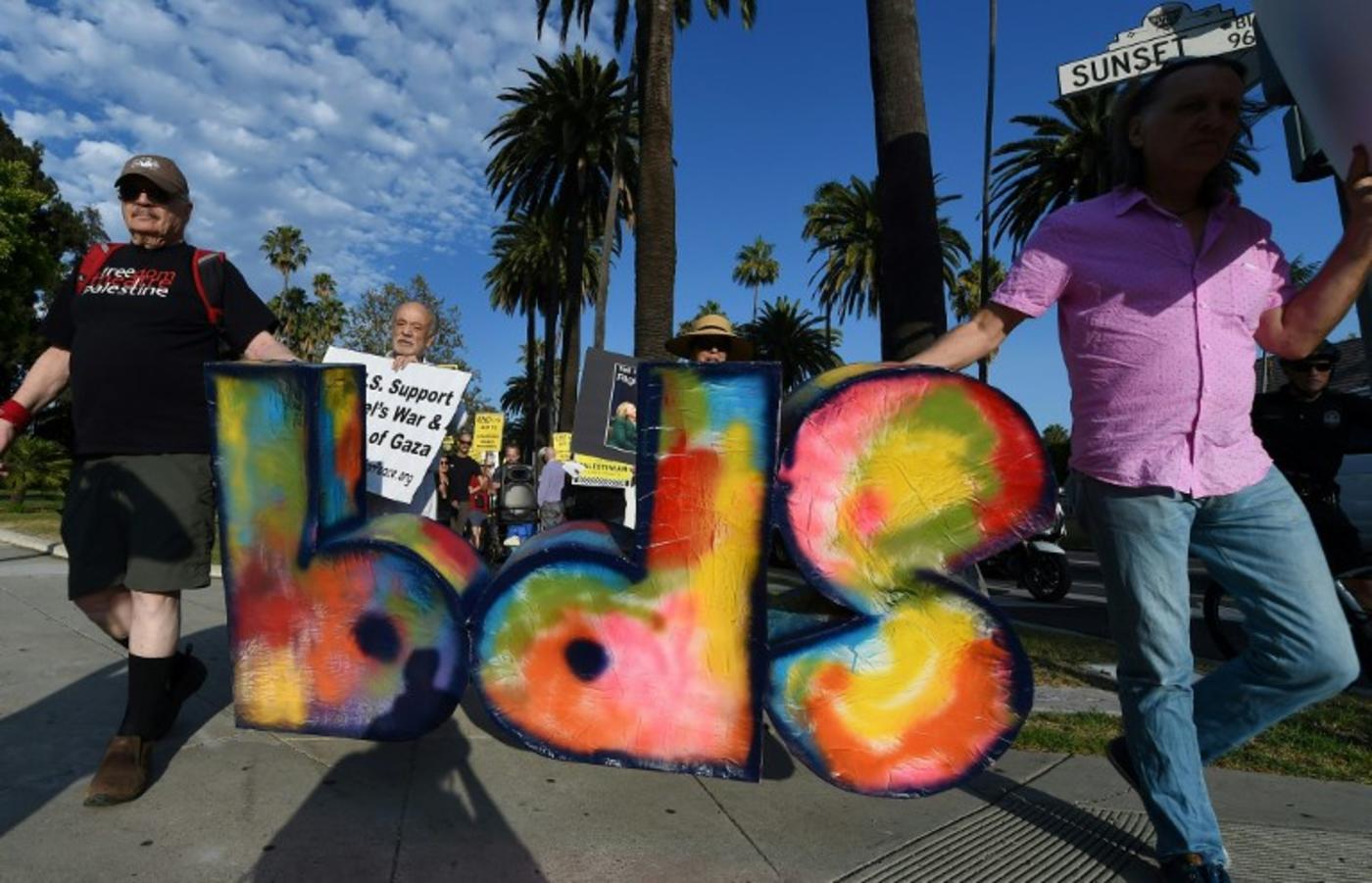 Activists for Palestinian rights have long known of Israel’s efforts to criminalise the Boycott, Divestment and Sanctions (BDS) movement, the global solidarity campaign that seeks to put pressure on Israel until it ends its violations of international law and the human rights of the Palestinians.

Various bills have been introduced over the past couple of years in multiple cities around the US, seeking to stem grassroots support for this non-violent strategy, most notably by equating it with anti-Semitism. As a result, regional and national organisations and coalitions have formed to counter the arguments presented by Israel-supporters.

Many found out that the bill’s sponsors and the many politicians who signed on appeared to have no idea about the details of the bill, and merely rubber-stamped it because it came from AIPAC

Foremost amongst these is Palestine Legal, founded in 2012 with a mission “to bolster the Palestine solidarity movement by challenging efforts to threaten, harass and legally bully activists into silence and inaction”.

There is also the National Lawyers Guild which, in a much-referenced 2009 legal memo explaining the legality of BDS, affirmed that "advocacy of political positions and political action is the most highly protected form of speech under the First Amendment to the US Constitution".

Others, such as the Center for Constitutional Rights, have noted that boycotts are an honourable American practice, beginning with the “Boston Tea Party,” and leading to the Montgomery Bus Boycotts that paved the way to desegregation. And the ACLU pointed out, in a recent Op-Ed, that the Supreme Court confirmed in 1982 that the NAACP economic boycott of segregated businesses in the 1966 US South rests “on the highest rung of the hierarchy of First Amendment values".

Additionally, many Jewish organisations, such as Jewish Voice for Peace, the International Jewish Anti-Zionist Network, and Jews for Palestinian Right of Return, have issued statements elaborating on the distinction between anti-Semitism and anti-Zionism, and denouncing and rejecting the egregious practices Israel engages in, in their name.

In this tense climate, news of S720, known as the “Anti-Israel Boycott Bill”, made national news last week when the ACLU sent out a letter (dated 17 July) calling on senators not to endorse it. The bill was first exposed in April by the US Campaign for Palestinian Rights national policy director Josh Ruebner and, immediately, BDS activists started organising to counter it.

But the proposed legislation only garnered national attention after The Intercept published a report on it last week, a day after the ACLU challenged it on the basis of its attack on the First Amendment, and the fact that it would impose heavy penalties (up to $1m and 20 years imprisonment) on individuals who decide to boycott Israeli products.

The text of the bill is six pages long and, as Ruebner pointed out, it “sneaks in” in very shadowy language anti-BDS protection for products from the illegal West Bank settlements. Additionally, it makes multiple references to earlier bills, without citing them in the text of S720, making it hard to grasp the actual contents of the current proposed legislation.

S720 also focuses primarily on calls for boycotts by “international governmental organizations” which the Boycott National Committee (BNC, which issued the call for BDS) is not.

However, tucked in at the very end of S720 is this ominous short paragraph: “(j) Violations Of Section 8(a). - Whoever knowingly violates or conspires to or attempts to violate any provision of section 8(a) or any regulation, order, or license issued thereunder shall be fined in accordance with section 206 of the International Emergency Economic Powers Act (50 USC 1705)”.

As the ACLU came out with its warning about the potential impact of the bill, national progressive organisations issued mass alerts to their mailing lists asking activists to call their representatives and express their outrage at the bill.

Interestingly - but not surprisingly for veterans of activism for Palestinian rights - many found out that the bill’s sponsors and the many politicians who signed on appeared to have no idea about the details of the bill, and merely rubber-stamped it because it came from AIPAC.

A staff member of Washington Senator Maria Cantwell, whom I contacted, told me the senator was 'mulling over' her sponsorship of the bill, after receiving a high volume of calls about its contents

In an interview with The Intercept, Maryland Senator Ben Cardin, the bill’s sponsor, insisted that the bill's backers "are very sensitive to maintain freedom of speech and expression” and denied knowledge of any criminal sanctions in his bill, despite the text of the bill (see above) which directly links to a list of penalties including hefty “fines, imprisonment, or both".

When asked about S720 at a town hall meeting, New York Senator Kirsten Gillibrand, generally known for her progressive views, made an explicit commitment to look at the bill again and not to support it if it would “undermine people’s free speech rights on any level”.  But the mere fact that she had signed on to it, without realising that it does indeed undermine free speech, is proof she had rubber-stamped it.

A staff member of Washington Senator Maria Cantwell, whom I contacted, told me the senator was “mulling over” her sponsorship of the bill, after receiving a high volume of calls about its contents.

As I write this, The Intercept reports that many of the senators who had initially endorsed S720 are now reconsidering the bill, after being made aware of its contents and potential impact.

Activists for Palestinian rights must now seize this opportunity, and explain to our “representatives” that AIPAC is threatening our most cherished rights, and that their uncritical rubber-stamping of anything and everything that comes out of AIPAC works against the values of this country and its citizens.

At the end of her town hall meeting, Senator Gillibrand spoke of the “stranglehold” that AIPAC has on the US Congress. Journalist Andrew Sullivan, writing in the New York Magazine, described that stranglehold as a “complete grip” on politicians and journalists, which threatens American democracy.

We must turn this threat into an opportunity. It is up to us, then, to make sure the Anti-Israel Boycott Bill backfires, as we make it clear to our representatives that they must prioritise US citizens’ rights and concerns over Israel’s interests.

If we secure this victory, and stop S720, the Anti-Israel Boycott Bill, from moving forward with criminalising grassroots resistance, we will be giving a huge boost to BDS, the strategy that can best put pressure on Israel to end its illegal practices.

As the situation in the West Bank and Gaza grows more critical by the hour, we can help by fighting unconstitutional bills which, if passed, would prevent us from engaging in solidarity with an oppressed people who are asking for our support. And we would be safeguarding our own fragile democracy, which is currently beholden to foreign interests. 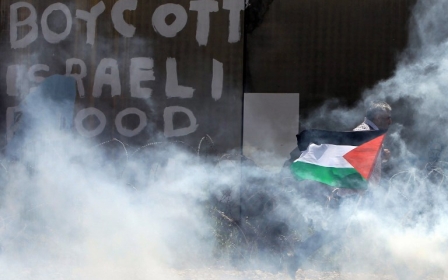 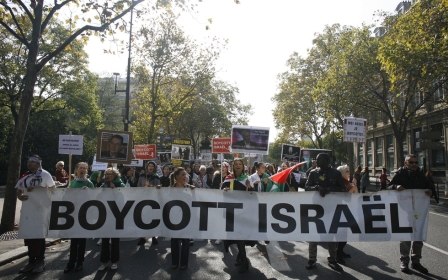