Kamal Alam
With a Pakistani general leading a Saudi-led terror fighting force, Islamabad has the chance once again to be the region’s final guarantor 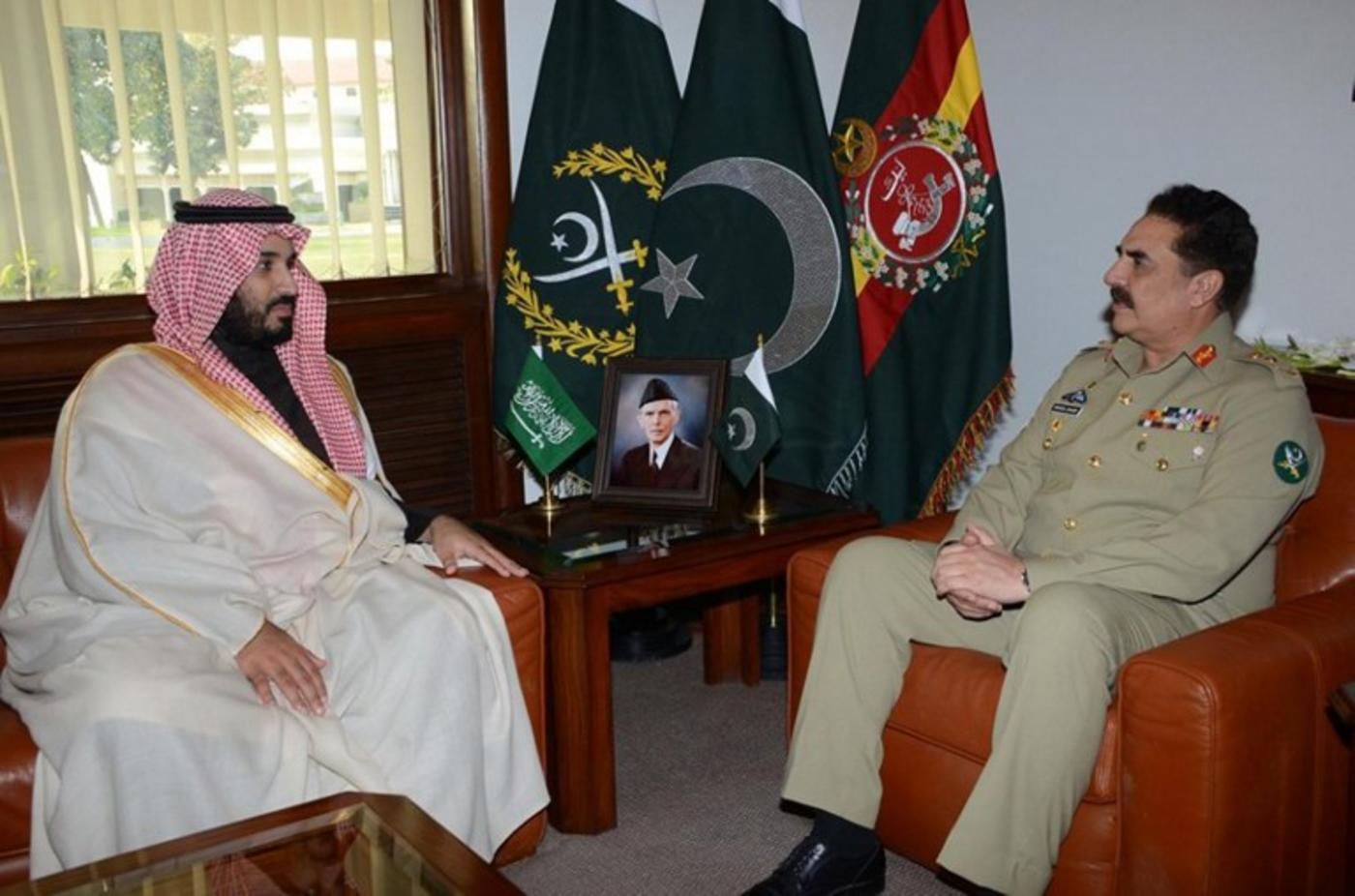 When one thinks of the Pakistan Army, one does not instinctively think of a force that is relevant to conflicts in the Middle East. Yet increasingly – and without actually being involved in any operations - it is the most influential military in the region.

Who will lead the Islamic NATO, a new Saudi-led, terrorist-fighting military alliance? None other than Pakistan’s General Raheel Sharif

It has trained more Arab armies than any other country and has been present both in a combat role in the Arab-Israeli wars in 1967 and 1973 and also provided mentorship as the Gulf countries' armies were founded.

This is mostly thanks to the legacy of the British Indian Army, which was one-third Muslim, and which the British relied on to pacify the hostility of Arab Muslims when it marched through Jerusalem, Damascus and Baghdad. After India’s partition in 1947, these troops became the founders of the Pakistan military and thus began a long relationship that exists to this day.

After the fall of Saddam Hussein and the Iraqi army, and Iran’s rising influence across the Middle East, the Gulf states, led by Saudi Arabia, have looked to Pakistan as the final guarantor.

When the current Pakistan Chief of Army Staff (COAS) General Qamar Bajwa recently stated that Pakistan views Saudi Arabia’s protection as its own, it was seen as an indirect warning to Iran and the terrorist groups threatening Saudi Arabia.

And who will lead the "Islamic NATO", a new Saudi-led, terrorist-fighting military alliance? None other than Pakistan’s General Raheel Sharif.

Though it was rumoured for a good year before his retirement, when Defence Minister Khwaja Asif confirmed Sharif’s appointment to the "Muslim NATO" a few weeks ago, it came as a surprise to the Pakistani parliament in much the same way as the announcement two years ago that Pakistan was to participate in the Saudi-led war in Yemen.

There was a furore in the GCC when, after the surprise announcement, the Pakistani military eventually refused the role in Yemen in 2015. The UAE even cancelled visa waivers for Pakistani military officials, a process that had existed for decades, while leading Kuwait and Saudi state-owned media attacked Pakistan and how it had back-stabbed its "brothers" in the Gulf.

Pakistan itself was split down the middle over Yemen. The majority of the military was apparently in favour of the army’s participation. However, given Operation Zarb e Azb, in which the army was targeting cross-border violence and domestic terrorist groups on the Afghan border in North Waziristan, the military was overstretched fighting its own war on terror.

Ultimately, Pakistan did not take part in Yemen with troops on the ground, but did provide border support to guard Saudi sovereignty and offer advice during the air campaign.

However, two years down the line, with Pakistan military’s operations winding down in the northwest of its country, there is increased stability within the army and, tactically speaking, troops are now available. So the question of a more active role for Pakistan in Yemen may arise again.

One of the main reasons Saudi Arabia is going back to Pakistan for help, despite its previous refusal in Yemen, is that Pakistan and General Raheel Sharif himself warned that ground operations in Yemen were futile given the terrain, and proximity to the sea making impractical the use of the hammer and anvil tactic - and they were proven right.

While Pakistan will definitely not put troops in Yemen (Sharif has made that clear), the army can help by mediating conflict resolution mechanisms it used with success in Waziristan and Swat Valley.

General Raheel Sharif is an obvious choice for the Muslim NATO role given his tremendous popularity in the Arab world - particularly in Saudi.

For decades, the Saudis and other Gulf royals have treated the Pakistan Army and its chief as special guests

As army chief, he has made six official visits to Saudi Arabia, brought the Qataris into Pakistan’s military orbit and put the Egyptian-Pakistan relationship back on track by becoming the first Pakistani in his position to visit Cairo in over two decades. In 2014, Sharif was the only non-head of state present at the GCC military exercise, Abdullah’s Shield.

There are also close historic ties between Saudi and Pakistan that make Sharif an easy choice. For decades, the Saudis and other Gulf royals have treated the Pakistan Army and its chief as special guests; there has been talk of Pakistan providing a nuclear umbrella against Iran, and a potential hammer if one were needed to protect the GCC.

Indeed in Bahrain, Iran and several international organisations accused Pakistan of supporting the suppression of protestors at the behest of the Saudis.

When the Saudi embassy was attacked by a mob in Tehran last year after the execution of a prominent Shia cleric, Sharif undertook a three-day diplomatic initiative that led him first to Saudi and then to Iran to mediate between the two countries and calm fears of an escalation given already fraught relations over the Syrian and Yemen conflicts.

There were also unconfirmed reports bordering on fake news that Pakistan had threatened to nuke Iran if it dared to attack Saudi Arabia.

At this moment, there are 158 Saudi military cadets in the Pakistan Military Academy in Kakul, Abbottabad, a record of any overseas force in any military academy in the world. There is also another historic first for the Pakistan Army: it has become the first Muslim country to have a permanent instructor at the Royal Military Academy at Sandhurst. The instructor, Major Uqbah Malik, is a platoon commander with several Arab cadets under his command along with British cadets.

For the last two years, the chief guests at the Pakistan Air Force’s Academy in Risalpur have been the head of the Iraqi and Saudi defence forces. There were a dozen Iraqi cadets last year and more this year.

Similarly in Damascus, Pakistan sent one of its top air force generals as ambassador to smooth tensions and act as a back-door mediator between Saudi Arabia and Syria.

Sharif’s successor, current army chief Qamar Bajwa’s first official overseas trip was a recent three-day visit to Saudi Arabia. It was no coincidence that Sharif was also in Saudi at the same time performing his Umrah, the lesser pilgrimage at the invitation of the Saudi king. There were also many videos shared over social media of Raheel Sharif being mobbed as a hero as Saudi Special Forces guarded him.

Along with its vast military resources, deployed over the last decades to fight on behalf of various Arab states and its role as the largest trainer of Arab armies, Pakistan’s role as a peace maker between several warring capitals has been crucial.

In fact, the UN Centre of Excellence on COIN and peacekeeping is in Islamabad, where the Pakistan army trains other armies from around the world on how to do conflict resolution in war time.

Could Pakistan play such a role in mediating between Saudi and Iran?

Since the Islamic Revolution in Iran of 1979, Pakistan has drifted away from Tehran and has been seen as too close to the Saudis to be an honest peace broker between Riyadh and Tehran.

Two decades ago, Pakistan’s army played a leading role in mediating an end to the Iraq-Iran war, something the late Iranian president Rafsanjani specifically appreciated.

While for some, Sharif’s appointment has been seen as a message to Iran that Pakistan is abandoning its neutral role between the two countries, it would seem that an opportunity has again presented the Pakistan military to take a lead. Sharif has made it clear he will only carry on in his role as head of the military alliance if Iran is included so it does not just become a Sunni front.

Notably, the Pakistan army is the only non-sectarian army in the Muslim world - it has had Shia Hazara chief of staffs, Sunnis and several Christian generals. Given this, Pakistan is well-positioned to balance Iran and Saudi Arabia’s tensions.

There are potential opportunities and problems for Pakistan here. If it is not careful and is seen as being too close to Saudi, it could further exacerbate its fragile domestic sectarian balance and make trouble for Pakistan domestically.

But if the new alliance holds, Pakistan stands to benefit greatly, especially with the Turkish support of the country. 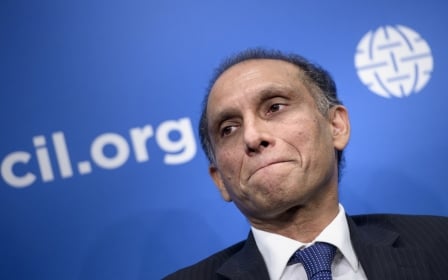