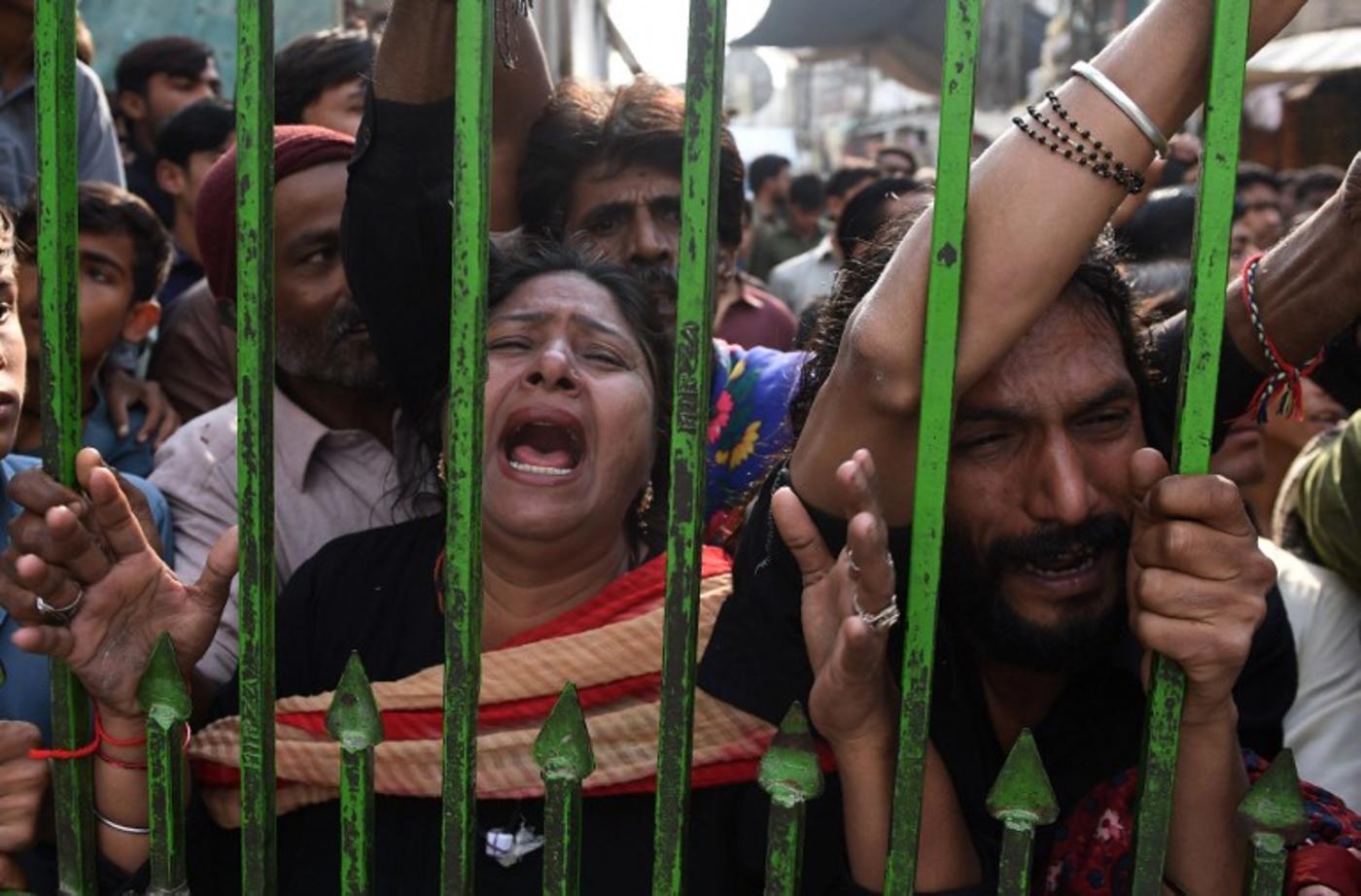 The so-called Islamic State (IS) group claimed responsibility for last Thursday's suicide attack on a Sufi shrine in southern Pakistan, estimated to have killed 88 people and wounded another 250.

The government was quick to denounce the attack and move against suspected militants, as the head of the military General Qamer Javed Bajwa promised that "each drop of the nation's blood shall be revenged, and revenged immediately".

True to his word a nationwide crackdown has followed, with the Pakistani government announcing on Sunday that over 350 suspected militants had been arrested and 100 killed in retaliation. Blaming Afghanistan for harbouring extremists, Pakistani forces also carried out operations against several high-value targets and supposed hideouts across the border.

The attack on the shrine was the most lethal in a string of atrocities that have hit the country last week; just two days before, another suicide bomber killed around a dozen individuals at a rally in Lahore, regarded as the cultural heart of Pakistan.

As is often the case with tragedies in the Middle East, the attack received little media coverage in the West. As Murtaza Ali Shah wrote in The Independent, there were “no big front-page reporting, special emergency episodes of political podcasts, trending hashtags or Snapchat filters".

But this media apathy is perhaps ironic considering how combatting IS was high on Washington’s agenda last week when the Pentagon confirmed, for the first time, proposing that the president send conventional ground forces into Syria.

Read more: Now is the time for Mattis to ignore Trump's advice on Syria

At the request of Donald Trump, the Department of Defense have until the end of February to put forward a set of proposals as to how best “hasten the defeat” of the militant group. Putting boots on the ground was a policy that previous Obama administration always rejected because of the huge risks involved.

If the new president puts ground forces to fight in Syria, the way in which the US is prosecuting the war against IS will be radically altered. There will be questions about whether the US will have access to Syrian airspace, to what extent there will need to be coordination with Russia, and perhaps most importantly, whether this will ultimately signal a tacit endorsement of Bashar al-Assad staying in power.

However, while a great deal of political capital is being spent in the war of words on how best to defeat the hardline religious organisation in Syria, US policy is gravely lacking on what should be done on a global scale.

If the new president puts ground forces to fight in Syria, the way in which the US is prosecuting the war against IS will be radically altered

Thursday’s attack should remind Trump that IS does not just target the West. The group ruthlessly slaughters all whom they deem to be an apostate, whether Shia, Sufi or Christian. Religious sites are purposefully targeted on days they know will have large numbers of worshippers present. This attack was no different; Thursday is the busiest day of the week for Sufis to visit the shrine to pray and take part in ritual dances.

The US points the finger at the Pakistani government for not doing enough to fight terrorism. Domestically, many Pakistani citizens are also concerned that the government has become complacent as a result of the marked drop in the number of terrorist incidents the previous year.

While there was swift action taken in response to Thursday’s attacks, there is anger over why the government did not provide precautionary added security on the day, as requested by local Sufis.

Although Prime Minister Sharif called for citizens to “stand united in this struggle for the Pakistani identity”, this may go little in the way of reassuring the country’s minorities of their safety and protection.

Read more: It's the of IS as we know it - but this is just the beginning

Pakistan has a difficult history with sectarianism, and the authorities have repeatedly been accused of looking the other way on attacks against its Shia, Sufi and non-Muslims populations.

In 2014, Human Rights Watch published a damning report of the authorities’ “unacceptable” failure to protect the Shia Hazara community from the hundreds of attacks carried out by Sunni extremists. Although the militant group Lashkar-e-Jhangvi (LeJ) claimed responsibility for the killings, many of its leaders avoided prosecution and several high-profile suspects seemed to inexplicably escape from detention.

How effectively the authorities are able to deal with sectarian tensions should be watched closely by the new administration, not least because the continued air strikes on the country undoubtedly fan the flames of extremist sentiment.

Since 2004, the "Drone War" has - according to the Obama administration - killed thousands of suspected militants for the loss of around 100 civilian lives. Many, however, see this as a staggering undercount with the Bureau for Investigative Journalism calculating the total figure of civilian lives lost to be at least six times higher.

These senseless deaths from CIA-directed missiles cannot be easily forgotten by the local population, and the new administration should not either. In one of the highest loss of civilian life since air strikes began, 40 civilians were killed by an air strike on a tribal meeting in the North Waziristan region in 2011.

Instead of killing what were thought to be militants with connections to a prominent Taliban leader, it was tribal elders, police and local traders who lost their lives. This occurred soon after Raymond David, a CIA contractor, was acquitted for the murder of two Pakistanis and just two months before US special forces entered the country and killed Osama Bin Laden, without informing the Pakistani government.

The Islamic State is not confined by geographical borders. It can call upon a far-reaching network of extremists to carry out terrorist atrocities and use online tools to propagate its hateful, vengeful ideology. It is Muslims above all whose lives are lost as a result, and the lack of international attention around last Thursday's attack may only serve to further convince the Muslim world that their lives will never be regarded as equal to those in the West.

If the new administration is serious about its fight against IS then a total rethink of its global strategy is necessary. Continued drone strikes will do little to convince those in Pakistan that the US is a partner, rather than an enemy.

- Gemma Fox is a Researcher on the Sky News Foreign Desk, having previously worked for their Documentary Unit. Specialising in Middle East politics, she has also worked for the Bahrain Institute for Rights and Democracy and is a graduate of Middle East Studies with Arabic from the University of Exeter. Tweets @gemmafox257

Photo: Pakistani devotees react as they gather outside closed gate of the shrine of 13th century Muslim Sufi saint Lal Shahbaz Qalandar a day after a bomb blew up at the shrine in the town of Sehwan in Sindh province, some 200km northeast of the provincial capital Karachi on 17 February 2017 (AFP)