Australia, you have a problem with Islamophobia 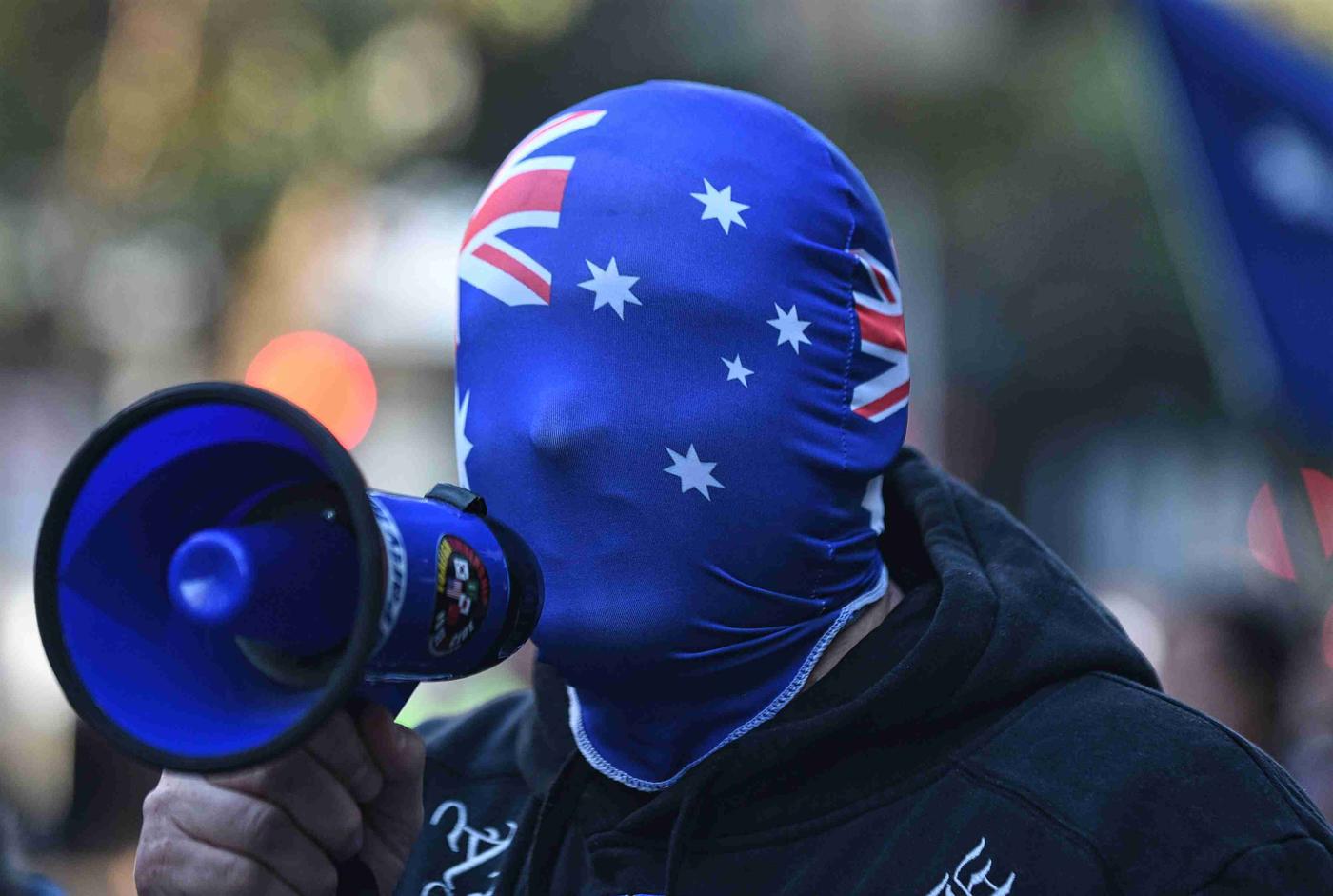 Senator Pauline Hanson, Australia’s most infamous anti-Muslim politician, walked into the senate chambers in Canberra last week wearing an Islamic burqa in an shameless effort to bring attention to her proposed ban on the religious garment.

By any means of objective analysis, this was a new low for Australia’s queen of overt xenophobia and racism. It drew a strong rebuke from the nation’s attorney general, George Brandis, who made no attempt to conceal his revulsion towards Hanson, stating: “To ridicule that community, to drive it into a corner, to mock its religious garments is an appalling thing to do and I would ask you to reflect on what you do.”

Where do the vast majority of Australians stand on the spectrum?

While Brandis’ strong condemnation of Hanson is to be commended, it does leave one question: where do the vast majority of Australians stand on the spectrum that spans the gamut between multicultural tolerance and extreme anti-Muslim bigotry?

Alarmingly, a slew of data points to a conclusion that Australia is one of the most Islamophobic countries on the planet.

Consider: while only 41 percent of Americans support a temporary ban on immigrants from a handful of Muslim majority nation states, a plurality of Australians (49 percent) support a permanent block on Muslims entering the country.

The absurdity of Islamophobia

Counterterrorism experts such as Chris Meserole at the Brookings Institution warn that burqa and head scarf bans only play into the hands of extremist groups like Islamic State, reinforcing the terror group’s message that Muslims are unwanted in the West. Yet an ever increasing number (55 percent) of Australians in 2014 supported banning Muslim women wearing the burqa in public places, an increase of 3.5 percent from four years previously.

To underscore the absurdity, indeed the anti-Muslim hysteria that is gripping the country, it is estimated that only 0.0005 percent of Australia’s 500,000 Muslim citizens wear a burqa. This amounts to a mere 250 Muslim women, and there’s no evidence to suggest this number is on the rise.

Islam is not even the fastest growing religion in Australia – the 2011 census reveals that it’s Hindusim. Australians also think the proportion of Muslims is nine times higher than it really is.

A proposed burqa ban is a prescription for something undeniably sinister: the removal of Muslims from Australian society

In other words, a proposed burqa ban is not only a solution to a problem that doesn’t exist, but a prescription for something undeniably sinister: the removal of Muslims from Australian society.

“The demand to erase the burqa is not an attempt to liberate oppressed women, but more likely an attempt to erase Muslim presence from public life,” observes Professor S Sayyid, a director of the International Centre for Muslim and Non-Muslim Understanding at the University of South Australia.

The Islamophobia Register of Australia sought to measure actual anti-Muslim incidents rather than sentiments alone through a study regarded as the first of its kind.

It collected evidence of 243 cases of verified Islamophobic incidents in 2014-15. It should be noted that these reported incidences represent only the “tip of the iceberg” in terms of overall hate crimes against Muslims in Australia.

The study found that Muslim women represent 79.6 percent of the Islamophobic attacks recorded, and that one in three female victims were accompanied by their children at the time of the incident.

An estimated 98 percent of attackers were described as ethnically Anglo-Celtic, mostly male: in other words, most Islamophobic attacks are carried out by white men against Muslim women.

It exposes the hypocrisy of Islamophobic claims that posit Islam as uniquely hostile towards women. Moreover, not only did nearly one-third of these alleged attacks include acts of physical violence, but bystanders failed to intervene in 75 percent of the reported incidents.

One Muslim Australian told the authors of the study:

"I’m not sure if they started to follow me on foot, but once I entered the medical centre on Pitt Street, I didn’t hear or see anything else from them.

“I am 19 weeks pregnant and have never felt so afraid/vulnerable in my life … I thought they were going to physically try harming my daughter and I. There were lots of passers-by who didn’t come to my aid.”

All of this comes at a time when far-right extremism enters a new golden age within the Australian political and social landscape, with groups not only normalising their ideology via social media platforms, but also increasingly turning their gaze towards Muslim Australians.

No one familiar with Australian history is unfamiliar with that country’s warm embrace of both casual and institutionalised racism. Founded as a white colonial state that ethnically cleansed and dispossessed its indigenous population, it then followed that with a “whites only” immigration policy which went so far as to deny entry to Jewish immigrants who were fleeing the Holocaust.

Would this happen to American refugees?

Discrimination against Muslims may be a largely post-9/11 phenomena, but it is one that has been a central feature of recent political discourse, resulting in discriminatory government policies.

Certainly Islamophobia is at the root of Australia’s inhumane, illegal and shameless treatment of refugees fleeing conflict zones in Syria, Afghanistan, and Iraq.

If people were fleeing Trump’s America by boat, then no serious commentator would hypothesise a situation whereby desperate and vulnerable white Americans would be arrested, handcuffed and deported to prisons run by Australian authorities on small South Pacific islands -  nicknamed the “Gitmos of the Pacific”  - and then held there indefinitely.

These are increasingly dangerous and threatening times for Australia’s half-million Muslim population.

Australia is long overdue an honest conversation about how Islamophobia has derived from a convergence of political opportunism, media narratives, and the fear so-called “Islamic” terrorism evokes.

To pretend Islamophobia in Australia isn’t a problem is to put minorities and liberal democratic values at further risk.

Photo: An anti-Muslim protester outside the Parramatta Mosque in Sydney in October 2015 (AFP)