From Balfour to Trump: Denying Palestine, one dirty deal at a time

Kamel Hawwash
Yet again, the leader of a 'civilised' western democracy has told millions of Palestinians that we have no rights 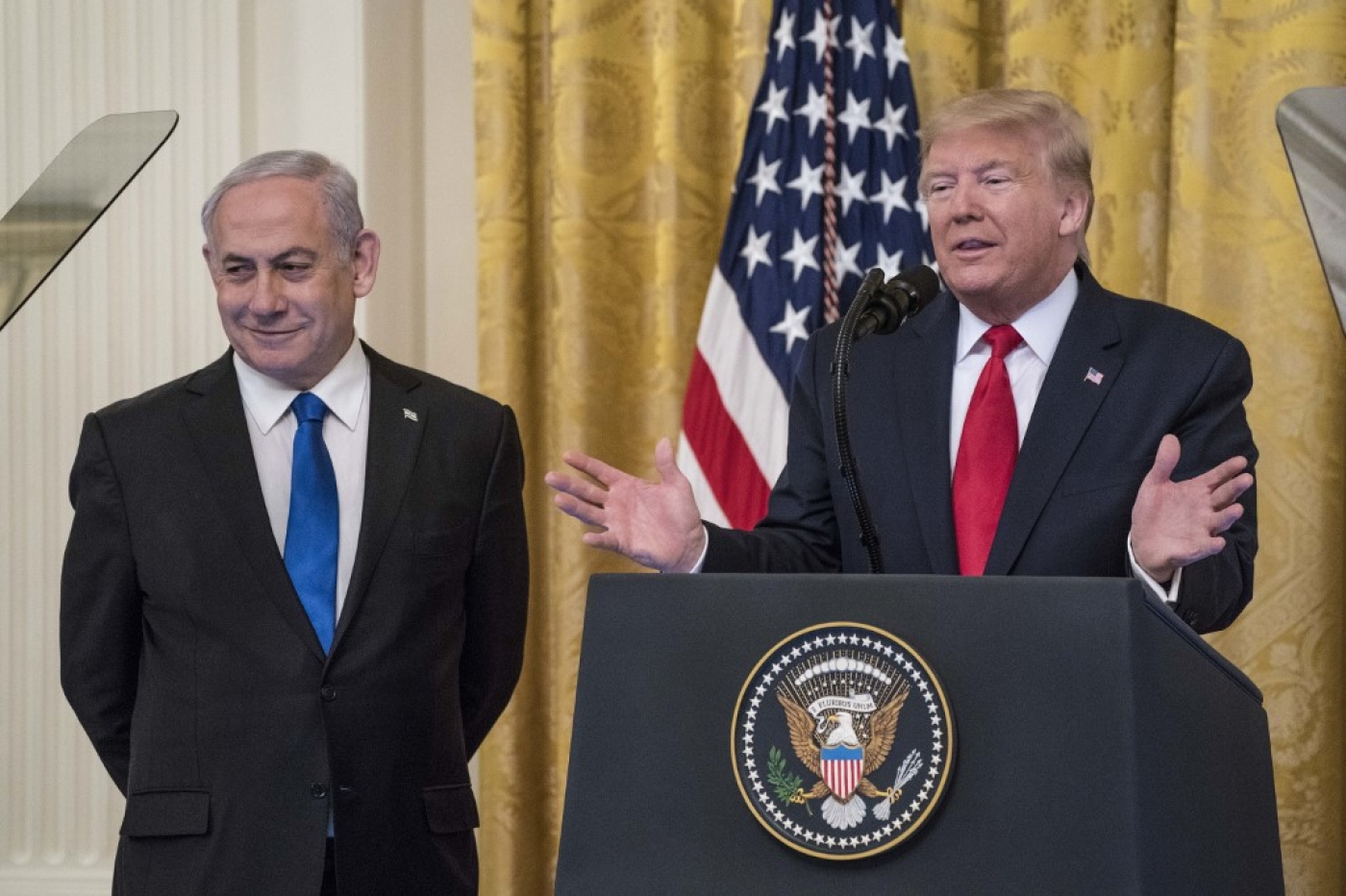 US President Donald Trump’s announcement of the “deal of the century” - flanked by a beaming Israeli Prime Minister Benjamin Netanyahu in Washington, and with no Palestinians present - brought back memories of the Balfour Declaration, the Nakba (catastrophe) and the Naksa (setback).

These were the events of which Palestinians as a people were on the receiving end during the 20th century. The 21st century has now dealt them the Tasfiah (liquidation of their cause).

The Palestinians never had a say in whether they would be willing to “share” their land, with Jews or any other people, when the Balfour Declaration was issued in 1917, or over the subsequent British mandate.

The British clearly did not consider them then as a people with any rights, but rather as a bunch of peasants who could not possibly have a say in their own future. Perhaps, like Trump, they thought they knew better than Palestinians what was good for them.

The fact that former British Prime Minister Theresa May invited Netanyahu to London to celebrate the centenary of Balfour in 2017, knowing full well the injustice that Britain helped inflict on the peaceful Palestinian people, was a clear indication that - 100 years on - Palestinians had not risen in Britain’s estimation at all. This, despite the fact that Palestinians are among the most highly educated people in the Middle East.

We must either accept defeat and surrender, or be forever accused of turning down a 'great deal': a ragtag state of artificially connected cantons

The only genuine British acknowledgement of the Palestinian plight recently came from Prince Charles, who on a visit to Bethlehem, said it broke his heart “that we should continue to see so much suffering and division. No one arriving in Bethlehem today could miss the signs of continued hardship and the situation you face. And I can only join you, and all communities, in your prayers for a just and lasting peace. We must pursue this cause with faith and determination, striving to heal the wounds which have caused such pain.”

He then uttered words that no former British prime minister, and certainly not the current one, has ever uttered: “It is my dearest wish that the future will bring freedom, justice and equality to all Palestinians, enabling you to thrive and to prosper.”

Palestinians really appreciated his words. Perhaps the Prince of Wales may be invited to read my article in MEE, in which I tried to imagine what might have happened if Balfour had offered Wales to the Jews. He might then lose his title, although to be clear, I would not wish Israel - a self-declared apartheid state - on any other people, especially the lovely Welsh.

The Balfour Declaration was a primary cause of the Nakba when followers of Zionism gave themselves the supremacist right to expel a people from their homeland through terror, to make way for a Jewish state to be created on their lands. The newly established state refused to allow them to return. It cannot have considered them as equal human beings.

Neither did the so-called international community, or it would have insisted on Israel allowing refugees to return without delay. Instead, these refugees continue to languish in camps in neighbouring countries, within a few kilometres of the homeland to which they yearn to return.

No Palestinian was under any illusion that a biased US administration, and a president who has been showering gifts on Israel, was suddenly going to see the light and see them as equal human beings.

Despite his rhetoric about caring for Palestinians and wanting to “be fair”, his true disdain came out when he told his Israeli and Israel-supporting audience not to applaud this notion. As a Palestinian, I felt the hatred he and many in that self-congratulatory gathering had for us.

Here we were again, a people who had been largely expelled from our homeland to all four corners of the earth, watching helplessly as our fate - our collective future - was being determined in our absence, between a Zionist and the president of a nation thousands of miles from our capital, Jerusalem.

Today, it is Netanyahu and Trump; in 1917, it was Balfour and Rothschild. The motives in 1917 might have differed from today’s motives, but our place in their hierarchy of status did not. We are not seen as part of the “respectable” Judaeo-Christian world. We are seen as a lesser people, or even worse than that: antisemites and terrorists who rejected the theft of our homeland and resisted to free it from occupation.

Security for Israelis matters, but security for Palestinians does not. Our holy sites remain under their control, but we can “visit” them if we behave ourselves. They can have an independent sovereign state, but we are not worthy. They have airports, seaports and land borders, but we cannot be trusted to have the same. Despite Trump talking about two states, they are not side by side; the Palestinian state is inside Israel, devoid of any of the above.

I was not born in 1947 when the UN issued the Partition Plan that carved up our homeland. I challenge anyone to accept the carving up of their homeland to “share” it with invaders from other countries, which is how Palestinians saw the Jews who arrived, uninvited. They rejected the Partition Plan. Had I been there, I too would have rejected it, as I am certain any other proud people would have done.

Today, I feel the pain they felt in 1947 and 1948. The leader of a “civilised” western democracy has told me and 12 million other Palestinians that we have no rights. We have largely economic needs, which they will try and help us meet.

We must either accept defeat and surrender or be forever accused of turning down a “great deal” - the last chance to have a ragtag state of artificially connected cantons. Israel will maintain security control, meaning they can attack, kill or deny exit or entry, as they do today.

I say to the supposed dealmaker: when you agree to share Trump Tower and your golf course at Mar-a-Lago with a real estate mogul that tried to take them from you by force, and even tried to evict you, then you can come and tell Palestinians to agree to your grubby deal.

As Palestinians, we know we are in this for the long haul, and we will eventually prevail over Zionism, however long it takes. Palestine will be free and the refugees will return to the homes for which they still have keys.