Dahlia Wasfi
Obama’s unofficial strategy to fight ISIS may be that of Reagan’s for Iran and Iraq in the 1980s: a long, drawn-out war to strengthen US-Israeli hegemony in the region 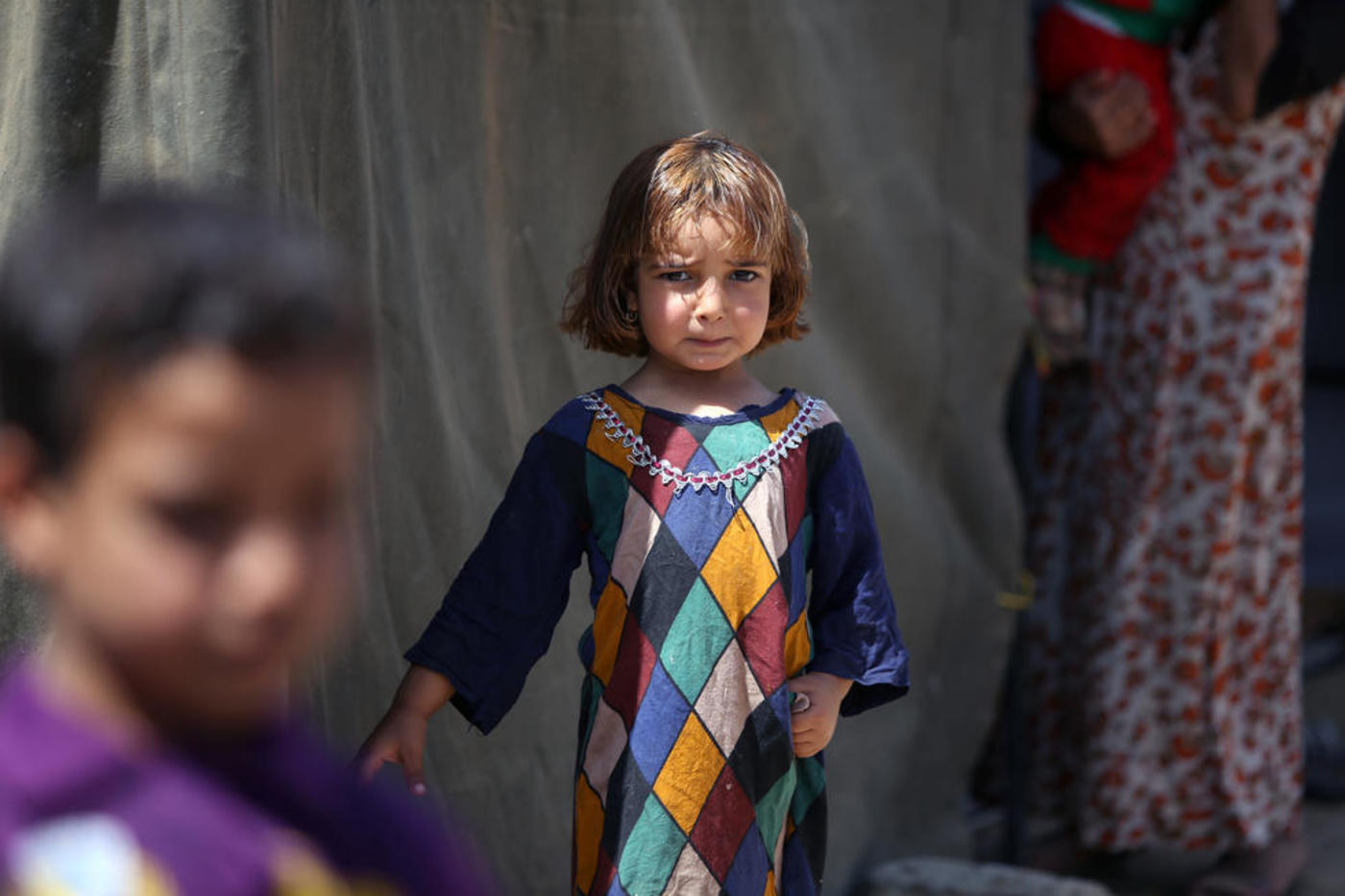 The US administration of Barack Obama - like its neoconservative predecessor - has made military aggression the mainstay of its policy in the Middle East and North Africa (MENA).  Today, the “War on ISIS” has taken the headlines from the “Global War on Terror,” but the storylines remain the same: massive air assaults; death and destruction for the people under attack; floods of refugees; and desperate humanitarian crises.  President Obama continues to hear criticism for his failure to swiftly defeat ISIS.  But while crushing ISIS may be the official stated goal, the actual agenda may be a long, drawn-out war to weaken regional powers.  We have seen this policy before - with many of the same players - in the Iran-Iraq War of the 1980s.

In February 1979, the Iranian Revolution overthrew Shah Reza Pahlavi, the ruler of Iran since 1953, when a CIA-orchestrated coup brought him to power.  The Islamic Republic of Iran was established by the Revolution under its first Supreme Leader, Ayatollah Ruhollah Khomeini.  Once the Shah’s US-friendly regime in Iran was deposed, American administrators sought a new ally in the region.  They began to warm their relations with neighbouring Iraq, even though that country was listed with the State Department as a state sponsor of terrorism.

Friction arose immediately between Ayatollah Khomeini and Iraq’s Baathist government next door. President Saddam Hussein - also brought to power with CIA help - already sought to crush any challenge to his secular party’s rule posed by Islamists within Iraq.  The emergence of theocracy in Iran posed a new and concerning threat to his regime. Ayatollah Khomeini envisioned expansion of Iran’s theocratic rule in the region, including to the Gulf monarchies such as Saudi Arabia, which he - accurately - identified as corrupt.  As tensions continued to escalate, both the US and Saudi Arabia assured Saddam Hussein that he had their backing in any armed conflict with Iran.  In September 1980, with US encouragement, Saddam Hussein launched the Iran-Iraq War.

US President Ronald Reagan officially allied with Iraq during the conflict.  In secret, however, government officials sold arms to Iran, using some of the profits to fund the Contras - anti-Sandinista paramilitary groups - in Nicaragua. The scandal became known as the Iran-Contra Affair.  While several US administrators received slaps on the wrist for their illegal actions, the greatest price was paid by the families of Iraq and Iran - not to mention Nicaragua.  The eight-year war, sustained by the US backing both sides, yielded over a million casualties. The extended conflict also left two of the strongest nations in the region bleeding and weakened with devastated infrastructure, which benefited US and Israeli hegemony.

Today, comparably, the US is arming both sides of the current war in the Gulf: the Sunni extremists of ISIS and the conservative Shia theocrats of the Iraqi and Iranian governments that are also allied with Bashar al-Assad’s secular rule in Syria. This tragic conflict gripping the region is a direct consequence of the illegal US/UK-led invasion and occupation of Iraq in 2003.

Once Iraq’s secular government - known for its ruthlessness - was deposed via the “Shock and Awe” invasion, US administrators installed sectarian Shia leaders with strong ties to Iran into power.  Many of these new Iraqi officials had been forced into exile by Saddam Hussein decades earlier because of their theocratic political ambitions.  They found safe haven in Iran, where their parties were supported by the government.  Some of these men served in the Iranian Army during the Iran-Iraq War. These Shia conservatives have remained in power in Iraq through several rounds of controversial elections.  For example, current Prime Minister Haider al-Abadi, like his predecessors Nouri al-Maliki and Ibrahim al-Jaafari, is a member of the conservative Shia Dawah Party based in Iran.  Their rule in Iraq has been characterised by brutal repression of the population, including the use of death squads to eliminate opposition.

The “new” (since 2003) Iraqi Army has also been shaped by Iranian influence.  Former Badr Brigades commander, Bayan Jabr, organised the Army’s ranks when he served as Iraq’s Minister of the Interior.  Since its inception, the new Army has consisted of young Iraqi recruits desperate for paying jobs, as well as members of conservative Shia party militias from Iran. This fighting force - armed, trained, and funded by the US - is today led by General Qasem Soleimani, commander of the Quds Force of the Iranian Revolutionary Guard Corps.

The repressive theocratic Shia regime imposed on Iraq by US occupiers inevitably spawned a counter movement: a sectarian Sunni opposition faction which in the last several years has morphed into ISIS.  Like the Iraqi Army, ISIS is also comprised of foreign fighters and young Iraqis desperate for paying jobs and an end to their oppression.  According to journalist Nafeez Ahmed, Western powers predicted the rise of a dangerous extremist group such as ISIS in 2012.  But not only did Western powers predict ISIS, they supported its creation via funding and arms to extremist “rebel groups” in Syria to serve as a check on Shia power in the region - power that expanded as a result of US policy in Iraq in the first place.  Now in 2015, President Obama is not about to destroy the terror group that he and other Western governments and regional allies helped to create.

Thus far, the main battlefields of the present conflict are Iraq and Syria, but the frontlines may extend to Libya, Nigeria, and other countries where Western policy has devastated populations and served as recruiting tools for ISIS. Just as with Iran and Iraq in the 1980s, the people of these nations pay the highest price.  They suffer under bombing raids, bury their loved ones, and desperately seek safety for their families.  And just as was the case in the 1980s, the devastation of these countries serves US and Israeli hegemony, not to mention the CEOs of weapons manufacturers.

In 2014, ISIS took control of Iraq’s northern city of Tikrit, then lost Tikrit in April 2015.  Last month, the Iraqi Army lost control of Ramadi; today, it is preparing to retake Ramadi.  I expect the pattern of gains and losses to continue.  I also expect to hear about the “impending” threat of ISIS on American shores for years to come.

As a pre-9/11/01 conflict, with no American boots on the ground, the Iran-Iraq War had little media attention.  Henry Kissinger famously characterised his attitude towards the combatants with the statement, “too bad both sides can’t lose”.  But with direct US involvement in the “War on ISIS” and the resultant need for public support, mainstream media has painted the ongoing crisis as a battle between evil and good - the henchmen of ISIS vs. everyone opposed to ISIS.  As with the War on Terror, our choice is either to be with the US or with the terrorists.

But American “help” in MENA over the last century has included overthrowing governments, backing ruthless dictators, destroying infrastructure, devastating the environment, creating frightening extremist groups, and genocide.  So I’m with neither the US nor the (other) terrorists.  I’m with the civilians of the region.  They don’t need ISIS mortars, government barrel bombs or US missiles raining down on them.  What they need is an immediate ceasefire.  Let the people live.  Let their families find shelter.  Let the humanitarian aid convoys through.

The suffering people of the region need a ceasefire.

They’ve had just about all the “help” from us they can take.

- Dahlia Wasfi is an Iraqi-American physician and peace activist.

Photo: An Iraqi girl, whose family fled Ramadi after it was seized by IS militants, at a camp housing displaced families in Bzeibez on 18 May 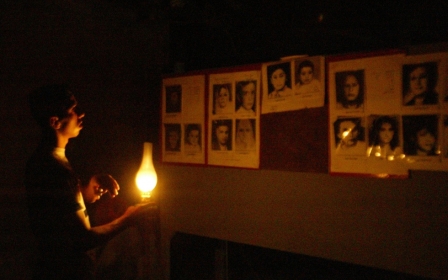 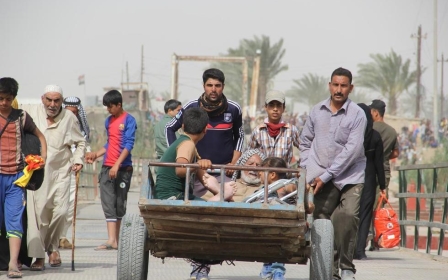 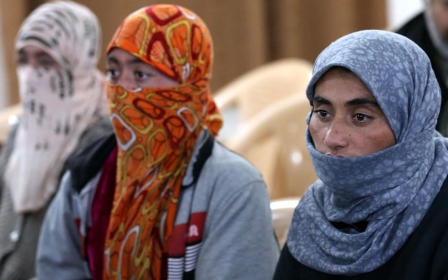