Biden in Turkey and other colonial encounters

Ali Murat Yel
Statesmen, like colonialists of old, are not alone in letting elites, prejudices and gossip form their judgement of other countries 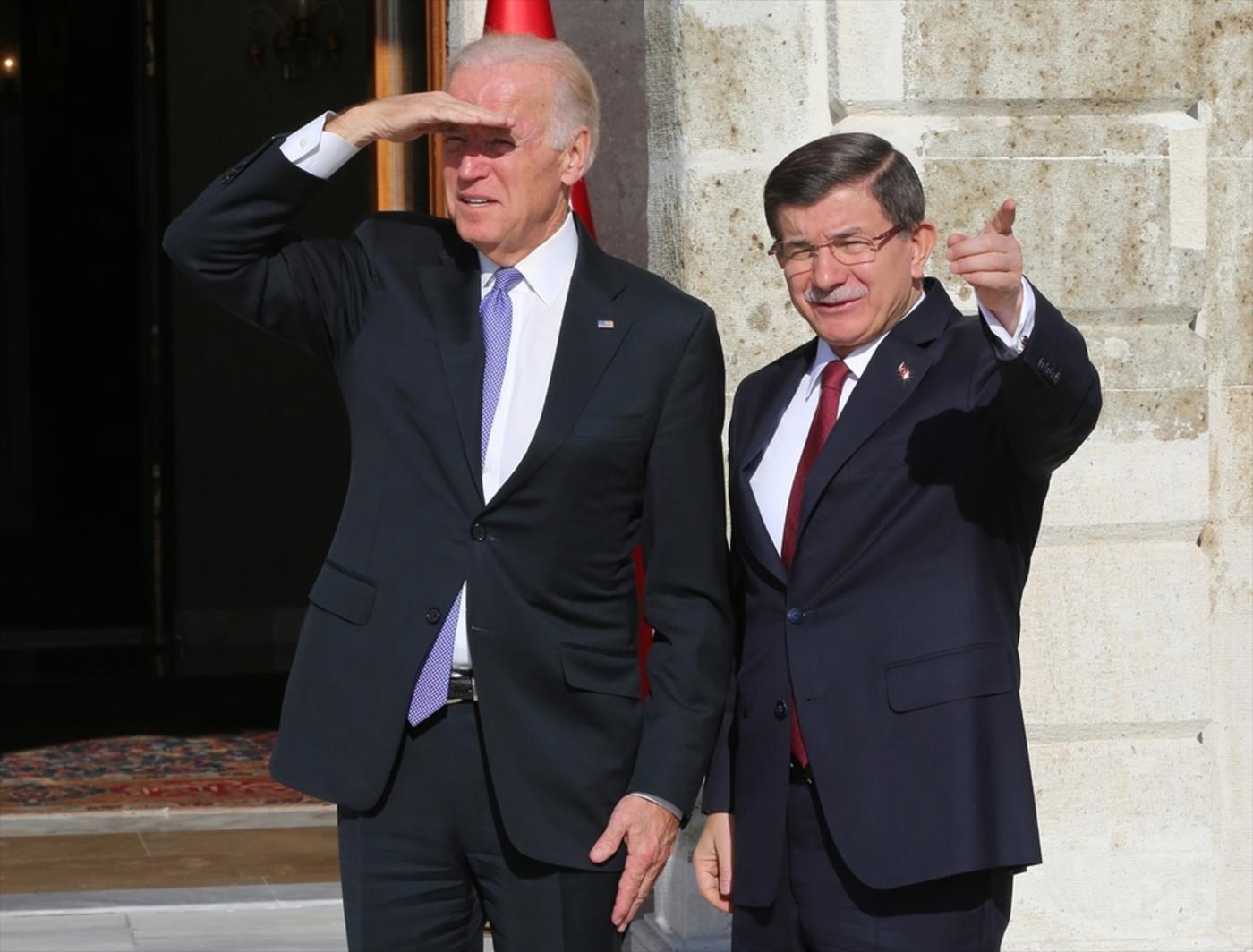 Although colonialism in the traditional sense of the word has been over for some time, Western colonisers have left in place new forms of power relations and political hierarchies in the countries they no longer directly control.

This new form of colonialism continues to exploit and destroy economies, but more significantly it creates dependency, massive poverty and socio-psychological disorientation. The most important consequence of this neo-colonialism is that it has created local elites dependent on and loyal to their foreign masters.

These local elites miss no opportunity to denounce their country or show their loyalty whenever their masters come visiting, as if these foreign visitors are a new type of colonial governors. For the colonisers, these locals become the best sources of knowledge about their countries’ politics.

He also met some MPs and apparently questioned them about current debates on the presidential system that the government is proposing to put in place instead of the existing parliamentarian system.

Biden's next meeting was with journalists known for their staunch opposition to everything that the government does. Many on the other side of the fence would have liked the opportunity to present their views. Do the views of the biggest portion of the Turkish electorate even count?

In anthropology, what we call a “local informant” is a very important source of knowledge about a specific culture and lifestyle. When an ethnographic work is being evaluated, this “native voice” is sought as if the natives “speak” throughout the account, and it is only then that the work is considered “ethnographically rich” and worthy of reading.

One of the central concerns for readers who have never been in a specific society is whether the ethnographer has or has not fabricated his or her account of it, and in order to eliminate this concern, the ethnographer is required in a monograph to include the voices of the natives.

This problem, of course, is not exclusive to anthropology; the same point could be directed at other so-called experts on specific societies and cultures - such as foreign correspondents or foreign investment advisers.

If we continue our anthropological example, many in that field have been very careful in seeking to avoid some specific “models” that had been set by earlier anthropologists for specific cultures and regions.

For instance, anthropologists doing their field work in Africa are confronted by an implicit set of approaches such as “stateless societies,” which "should" be found across the continent. So-called Mediterranean anthropology might struggle with the “patron-client relationship” or the “honour and shame” framework, which are supposed to be discovered in all Mediterranean societies.

There is also a continual conflict between social scientists and reporters who cover events happening in their regions. Probably this is the consequence of a fundamental tension between the media’s desire for novelty and the scientific method used by the experts. However, both these conflicting approaches can be set most of the time against the reality lived by the local people.

Anthropology, which claims to report a culture as impartially as possible, also falls into the trap of the unequal relationship between academia and the local people, that is, “educated” authority versus “uneducated” native.

Another important problem the “high status” anthropologists frequently encounter in the field is a lack of knowledge of local languages, and to overcome this problem they usually turn to “local elites” who can speak the anthropologist's language. The end result is inevitably an account of these local gatekeepers’ interpretations of the culture for the anthropologist.

As “natives” and “locals” of Turkey, we have been suffering from these biased approaches towards this country. Westerners who have taken Turkey as their subject of study have been busy searching out the “tension” that Turkey is supposed to suffer as a result of modernisation attempts that started with the establishment of the republic in the early 20th century.

The most recent example of such a biased account can be found in a 9 December text by Slavoj Zizek, a well-known Marxist philosopher who regularly writes opinion pieces for Western newspapers. One wonders what compelled him to write such a scandalous piece on Turkey. As a prominent academic figure, he must have known that just searching the internet and finding a couple of sites that give some distorted information that support his argument should never be sufficient to produce any article.

Having previously been accused of plagiarism, he was accused by the spokesperson of the Turkish presidency, Dr Ibrahim Kalin, of not troubling himself with the basic facts. In response, Zizek defended himself by saying that he had been misled by “his friends”. Seeking facts and views from all sides is hard work and takes time, but that's what honest academics should do, rather than twisting reality for their own benefit.

Going back to Biden, it is perfectly understandable that foreigners, be it correspondents or state officials, wish to meet people with whom they can easily communicate. In the past, these local people used to be only local elites who had been educated in schools founded by Westerners or had completed their education in Western universities.

These local elites with their Western attitudes were also intellectuals who had been alienated from their own culture, in opposition to Antonio Gramsci’s concept of “organic elites”. It is a well-known fact that in non-Western societies there are many “Westernised” elites who have lost their ties with their own societies.

If we go back to the anthropological analogy, the ethnographer or journalist could hire a “local informant” who speaks the language and, with their assistance, she/he could conduct research by reaching out to different segments of society. Otherwise, as in the case of Zizek, the journalist runs the risk of fabricating a biased account.

Finally, I repeat my recommendation that foreigners, more specifically Westerners, should be more careful about choosing their local informants so as not to fall into the trap of biased narratives produced according to pre-conceived images of Turkey.

- Ali Murat Yel is Professor of Anthropology in the Department of Radio, Television and Cinema at Marmara University, Turkey. You can follow him on Twitter @alimuratyel