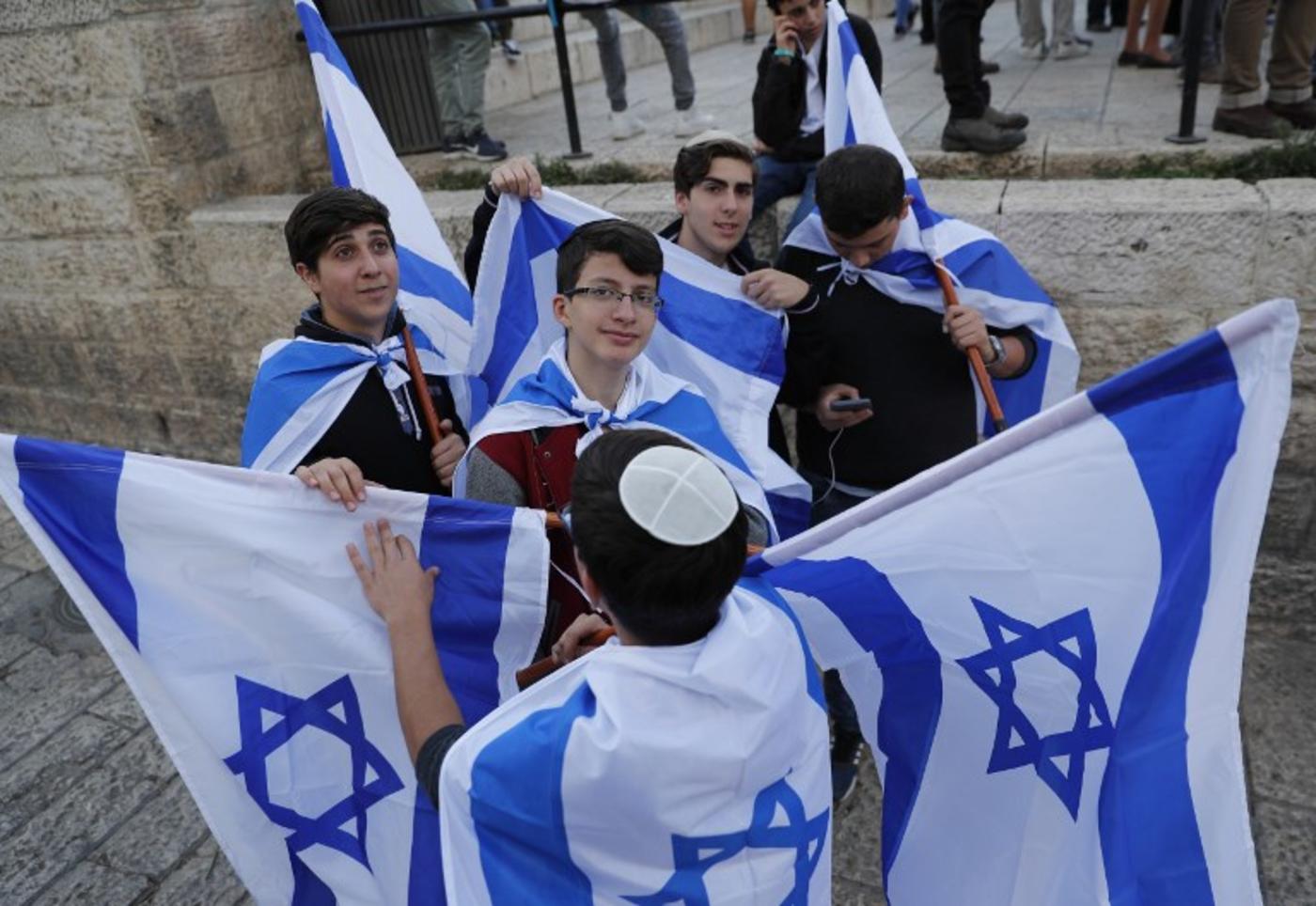 During his recent Middle East trip, Labour leader Jeremy Corbyn tweeted: "In Jordan, I went to Baqa’a, one of the largest Palestinian refugee camps. We must work for a real two state settlement to the Israel-Palestine conflict, which ends the occupation and siege of Gaza and makes the Palestinian right to return a reality.”

UK-based pro-Israel groups were, to put it mildly, unimpressed.

Jewish Leadership Council (JLC) chair Simon Johnson described the refugees' right of return as merely a "Palestinian narrative", asking: "Does he [Corbyn] genuinely believe in two states, because the right of return is inconsistent with that objective."

Sussex Friends of Israel claimed the right of return is "code" for "the destruction of Israel", while "pro-Israel, pro-peace" group Yachad said Corbyn's remarks were “contradictory”, tweeting: "You can't accept the Palestinian demand to settle in sovereign Israel and have a ‘real two state settlement’."

LFI – referring to the Palestinians’ right of return in scare quotes – attacked it as an "extreme and illegitimate" demand. For LFI, such a return “cannot be reconciled with a two-state solution, as this would simply create two majority-Palestinian states”.

Such responses, while lamentable, are instructive, in that they highlight exactly what many supporters of a “two-state solution” have in mind.

As well as being grounded in law and human rights, the right of return of Palestinian refugees is also at the heart of this so-called conflict, and the key to a long-term resolution

There is, in fact, nothing inherently contradictory about a two-state solution and respect for Palestinian refugees’ right of return: what the latter does threaten, however, is Israel’s demand to maintain its Jewish majority of citizens (a majority, of course, created by the refugees’ expulsion).

As one JLC official’s tweet showed, what such groups understand by a "two-state solution" – and what they insist on support for – is Israel as a "Jewish state" rather than a state of all its citizens. This means discrimination for Palestinian citizens, and permanent exclusion for Palestinian refugees.

Except there is no such thing as a "right" for Israel to be a "Jewish state" – certainly not at the expense of a displaced, indigenous, non-Jewish population. Palestinian refugees have a right to return, while Israel demands to maintain its Jewish majority; there's a difference.

Palestinian refugees’ right of return is anchored in international law and conventions.

In its letter to Corbyn, LFI charged that “the claim of an intergenerational Palestinian right of return” is “in contradiction of the UN’s own 1951 Refugee Convention”.

In fact, the registration of descendants by the Palestinian refugee agency, UNRWA, is not distinct from other protracted refugee situations in this regard; as a 2017 UNHCR document put it, “children born to refugees in exile are registered as refugees until a durable solution has been found”.

UN General Assembly Resolution 194, adopted in December 1948, is well known for its declaration that Palestinian refugees should be permitted to return home.

Perhaps less well-known is that the UN routinely reaffirms Palestinian refugees' rights, such as in a resolution adopted just last December by 162 votes to one (Israel the sole “nay”, naturally), which expressed “regret that repatriation or compensation of the refugees, as provided for in paragraph 11 of General Assembly resolution 194 (III), has not yet been effected”.

Indeed, should LFI and like-minded groups wish to take this topic seriously, they would discover that for UNHCR, repatriation – that is, return – is “promoted as the preferred durable solution” to a refugee crisis, and that “the basic rights of persons to return voluntarily to the country of origin” has been repeatedly reaffirmed.

Return is also a basic human right. As the UN Declaration of Human Rights states: “Everyone has the right to leave any country, including his own, and to return to his country.” No caveats. No loopholes. Either you think Palestinians have human rights, or you don’t.

But as well as being grounded in law and human rights, the right of return of Palestinian refugees is also at the heart of this so-called conflict, and the key to a long-term resolution.

In her memoirs, former US Secretary of State Condoleeza Rice recounts a meeting with then-Israeli minister Tzipi Livni in March 2004, and a discussion about Palestinian refugees. Livni told Rice that a refugee return would “change the nature” of the state of Israel, an argument that Rice said struck her as “a harsh defence of the ethnic purity of the Israeli state”.

She continued: “It was one of those conversations that shocked my sensibilities as an American. After all, the very concept of ‘American’ rejects ethnic or religious definitions of citizenship. Moreover, there were Arab citizens of Israel. Where did they fit in?”

Though Rice was apparently convinced by Livni’s arguments against the Palestinian refugees’ right to return, this was, she added, “despite the dissonance that it stirred in me”. Such dissonance is the result of allowing Israel’s demands to trump Palestinian rights.

As the reactions to Corbyn’s remarks demonstrate, pro-Israel groups may differ over certain issues, but they can always be relied on to come together to defend Israel’s ethnocracy. If any position is “extreme and illegitimate”, it is the view that Palestinians are uniquely undeserving of human rights – an exceptionalism shamelessly packaged as "pro-peace".