Maz Saleem
Mainstream politicians are whipping up racism for votes, leading to tragic and fatal consequences 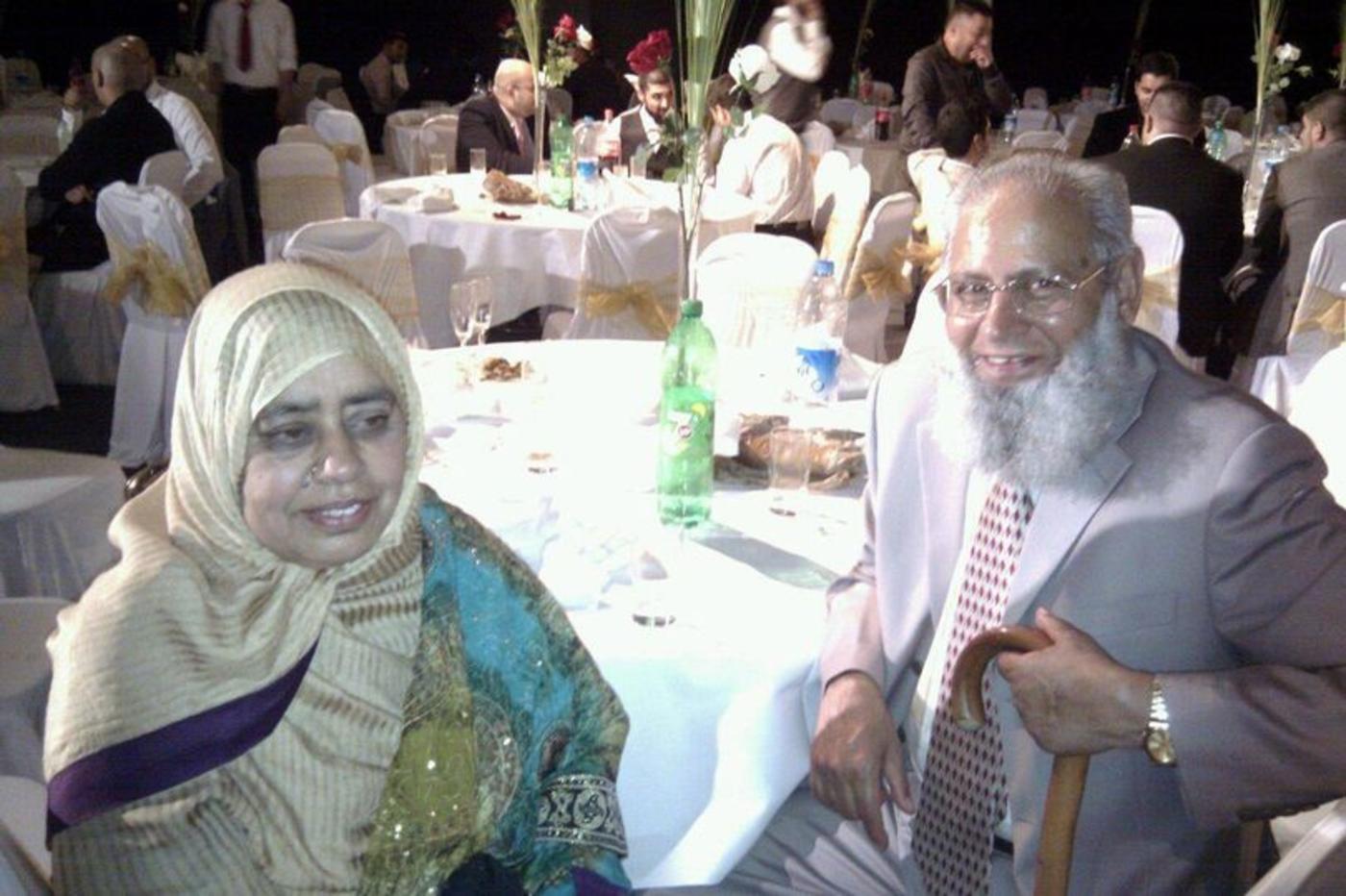 It’s been 51 years since the Enoch Powell “Rivers of Blood” speech, 26 years since Stephen Lawrence was murdered, and six years since my beloved father was killed in a racist attack by a white terrorist.

With every precious person you lose in the world goes a library of memories of hope and love. This weekend, it’s the six-year anniversary of the death of my father, Mohammed Saleem, who was brutally murdered by neo-Nazi terrorist and mosque bomber Pavlo Lapshyn.

What have we learned in that time? What are the lessons for the children of brave migrants and refugees and their children? Those who don’t learn from the past are destined to repeat the same failures.

A process of ‘othering’

The lessons are contradictory. My father’s migrant story is one of enduring success and terrible tragedy. A child of the British Empire and its disillusion, he was a British Asian from the end of the 20th century to the beginning of the 21st, and then he began to be described as a Muslim. A process of “othering”, of distinct Islamophobia, started to shape the world as a series of wars began to shape the century, painting a false picture of Islam.

The so-called clash of civilisations, which gave rise to the so-called War on Terror, transformed the world’s two billion Muslims into a homogenous enemy block. This is the background to my father’s brutal murder by a terrorist on the streets of the UK.

I had the misfortune of meeting Theresa May in the most difficult of circumstances - the search for justice from the former home secretary, who gave scant respect to my family in contrast with other 'terrorist events' in which the victims were white and English

My father was stolen from his daughters, sons, grandchildren and great-grandchildren, but he will always be with us. What drives me to tirelessly campaign today is his spirit and soul, which carried him from Pakistan to the world, which he gave his time, passion, love and faith.

My father came to Britain in the 1950s, as immigrants arrived after the war for a better life, but he was met with waves of racism and hostility - an environment that persists today. Upon arriving in 1957, however, my father never allowed the hardships or racial abuse to define him. He worked all his life to educate those around him, sharing his culture from Pakistan, which means “land of the pure”, with all those he met.

Most of my father’s children were female. Former prime minister David Cameron claimed that Muslim families raised traditionally submissive women; the truth is, in my family, we were educated and we chose how we wanted to live. Far from being one-dimensional, my family is truly international, making lives from the Philippines to Japan.

I had the misfortune of meeting Theresa May in the most difficult of circumstances - the search for justice from the former home secretary, who gave scant respect to my family in contrast with other “terrorist events” in which the victims were white and English. This is racism, pure and simple.

Police and the media all underplayed the importance of the convergence of hatred against Muslims, which culminated with the murder of my father, along with the killings of Muhsin Ahmed and Makram Ali.

These were not isolated incidents: the rise of the far-right across Europe and the US has produced a new rationale for hate. And as waves of war have produced an unprecedented number of refugees from Afghanistan, Iraq, Libya, Syria, Somalia and Pakistan, they have been met by walls and Fortress Europe.

Muslims have become the enemy. Take, for instance, the brutal 2009 murder of Egyptian national Marwa el-Sherbini, a heavily pregnant pharmacist stabbed 18 times in front of her young child and husband, who was himself shot by a police officer who mistook him for the attacker.

We see the same cycle from mainstream politicians whipping up racism and Islamophobia for votes. The Conservative Party competes against UKIP to show who is tougher on immigration. Racist populists, such as the English Defence League and Pegida, have produced a toxic atmosphere conducive to terrorist attacks by people such as Lapshyn, who murdered my father and planted bombs outside three mosques in the West Midlands; and Thomas Mair, who brutally murdered Labour MP Jo Cox.

Racist attacks are on the rise but conviction rates are dropping.

Only a minority of a British society comes from a migrant background, but these people are overwhelmingly blamed for society’s ills. Migration is linked to a lack of housing, loss of jobs and crime - even though the data shows migrants’ contributions have had exactly the opposite effects, from the Irish in the 19th century to the recent arrivals of Eastern Europeans. They have all given more than they have ever received.

Make no mistake, Theresa May was the architect of the hostile environment for “illegal migrants”, contributing to the Windrush scandal. This racist narrative explains the methods developed by the Home Office to attack immigrant and migrant populations.

May and her deputy should have resigned for presiding over the wilful neglect and persecution of British citizens, denying them basic human rights, such as healthcare and pensions. The evidence is clear that the Home Office sought to demonise migrants.

Why else would May’s “Go Home” vans centre on well-established multicultural communities? This sends the message that neighbours with black and brown skin are to blame for the austerity that you feel. The 2008 global banking crisis sucked $10 trillion from the world's economy. The bail-out was conducted amid propaganda that we were all in it together, but it disproportionality affected the disadvantaged.

Stephen Lawrence was stabbed and bled to death on the streets of London, his last moments spent alone in agony. My beloved father was robbed of his life in the same way. It is impossible to imagine what it would feel like to have your life ended so brutally.

While their racist murderers are to blame, the culpability is shared by the right-wing media and police - but more importantly, by the conscious drive of politicians to earn votes from the gutter.

We must never forget that multiculturalism and a multi-faith society is a wonderful thing. We must continue to resist and fight against the people who robbed us of my father's presence. He lives with us now in that struggle for a better world.

- Maz Saleem is an anti-war and anti-racist campaigner who has written for a variety of publications, including the Independent, 5Pillars, Counterfire and Stop the War Coalition websites. Maz will be launching an educational website addressing Islamophobia in memory of her father, www.efpmohammedsaleem.com, Education for Peace in remembrance of Mohammed Saleem.