Most beliefs about Muslims in Britain are simply false. This poll proves it 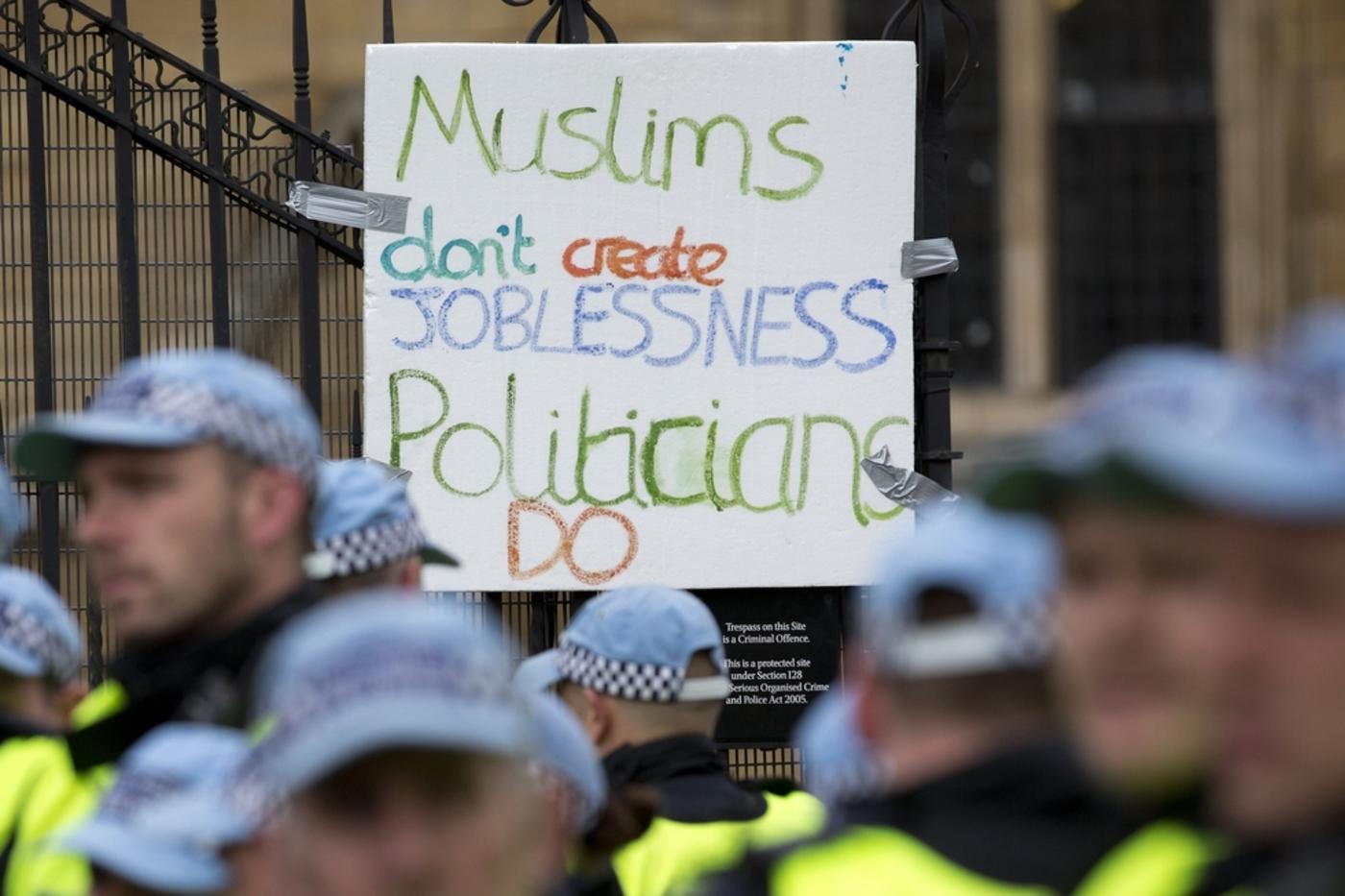 They will say Muslims are against British values. They don't accept democracy, free speech and British justice.

Many of Britain's most respected mainstream writers insist that British Muslims are a Fifth Column, hell-bent on abolishing democracy and establishing an Islamic state ruled by Sharia law.

Here's Charles Moore, biographer of Margaret Thatcher and former editor of the Daily Telegraph: "We have in our midst millions of people who have a different belief about the nature of society itself." "This fact," writes Moore, "makes us resist the Islamisation of Europe."

And here's our most distinguished Conservative philosopher Sir Roger Scruton: "To offer toleration to those gripped by animosity to your way of life is to open the door to destruction."

Meet Niall Ferguson, one of our greatest living historians: "Europe has allowed its defences to crumble."

Muslims in Britain feel profoundly British. Rather more so indeed than non-Muslims. They are more likely to vote than other Britons, and they feel happier with the way democracy works

So it was rather baffling to attend this week's launch of the Ipsos Mori survey of research on Muslims in Britain. Scrupulously researched, this document was concerned with real facts and scrupulous observation. Its report presented a different picture of British Muslims than you will find in the newspapers and the think tank reports.

A panel of experts stressed to an audience of academics and researchers that there is far more that unites than divides Muslims and other Britons.

Muslims in Britain feel profoundly British. Rather more so indeed than non-Muslims. They are more likely to vote than other Britons, and they feel happier with the way democracy works. And more involved.

Contrary to the stereotype, Muslims are not chauvinist. More Muslim parents want their daughters than sons to get degrees. Around 30 per cent more Muslim than non-Muslim parents intend their children to go to university.

Muslims throw themselves into typically British traditions. Three-quarters send Christmas cards, three in five give Christmas presents and half at least sometimes wear a poppy for Remembrance Day.

Contrary to popular myths about Muslim ghettos, most live in ethnically mixed areas. British Muslims are more likely than British Christians to have friends of different faiths. Indeed 45 per cent of Muslims under 24 say at least half of their friends are from ethnic groups other than their own. And to them Britishness is entirely compatible with their Muslim identity.

All these findings confirm the impression I have gained from meeting thousands of Muslims from all round Britain over the last few years. It doesn't surprise me that Muslims should cherish our democratic freedoms more than other Britons. Many have fled dictatorships and theocracies and know far too well what oppression feels like.

Of course it is true there are differences. But many of them are of a kind which Conservative thinkers and writers like Sir Roger Scruton and Charles Moore (both them my intellectual heroes) would normally profess to approve.

Muslims think more in terms of their families than as individuals. Muslim children are more likely than young non-Muslims to live with both their mother and father, for example (77 percent of Muslims 13-14 year olds, against 63 percent for non-Muslims, have their natural father as a member of the household).

Perhaps this is because Muslims defy the trend towards an ever more secular society. More than half of Muslims say they pray five times a day; 94 per cent say religion is extremely or very important to them.

It is true that this deep religious sense is often accompanied by social conservatism, just as it is in other mainstream religions. Almost half of Muslim men and a third of Muslim women say a wife must always obey her husband. More than half (52 per cent) think homosexuality should be illegal.

According to government ministers, this is now evidence of "extremis"' and hostility to "British values". But as the Ipsos Mori report points out, these were attitudes held by the majority of Britons until just a few decades ago.

Bear in mind that almost half (45 percent) of Muslims are brought up in households where the first language is not English. This makes the pace of adaptation remarkable. Muslims remain behind the population as a whole in terms of education, but the gap is narrowing.

Young Muslims hold noticeably different values to their parents. They are more politically active, they volunteer more, are more educated and socially liberal – 28 per cent of 18-to-24s think homosexuality should be legal compared to 18 per cent of all British Muslims.

A new era of understanding

But young Muslims also feel more aggrieved by prejudice, especially young graduates – as of 2010, 36 percent of 18-to-24s felt discriminated against. A quarter of all Muslims worry about physical harassment and one in five say harassment is a very or fairly big problem for them. This is serious.

Here's one final thought. Only one newspaper – the Guardian, to its great credit – bothered to report the Ipsos Mori report. Most Britons learn about Muslims from reading the newspapers or from the mouths of politicians like Michael Gove or Nigel Farage.

So it's not surprising that most Britons have a warped view of Islam and Muslims. For example, most Britons think that around 15 percent of the population is Muslim, while the real figure is just under 5 percent.

Ipsos Mori shows that most beliefs about Muslims in Britain are simply false. Fake news of the type that the likes of Donald Trump and his vicious allies - like Britain First - exploit for their hideous ends.

Many of the loudest critics of Muslims in Britain are those who know least about them. I hope that this week's Ipsos Mori report can open the way to a new era of understanding.

Photo: A placard reading "Muslims don't create joblessness, politicians do" is seen behind police lines as they contain Unite Against Fascism (UAF) supporters protesting against the British National Party (BNP) in central London on 1 June, 2013 (AFP) 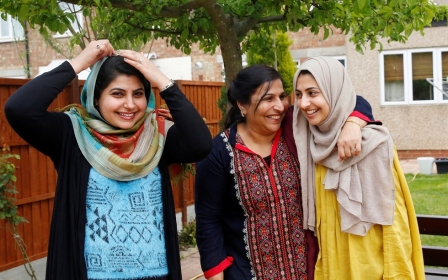