Can we finally admit the Sunni-Shiite conflict has nothing to do with Islam?

CJ Werleman
With the Der Spiegel revelations of how the Iraqi Baathists plotted the rise of Isis, it’s clear regional conflicts are about politics, not Islam 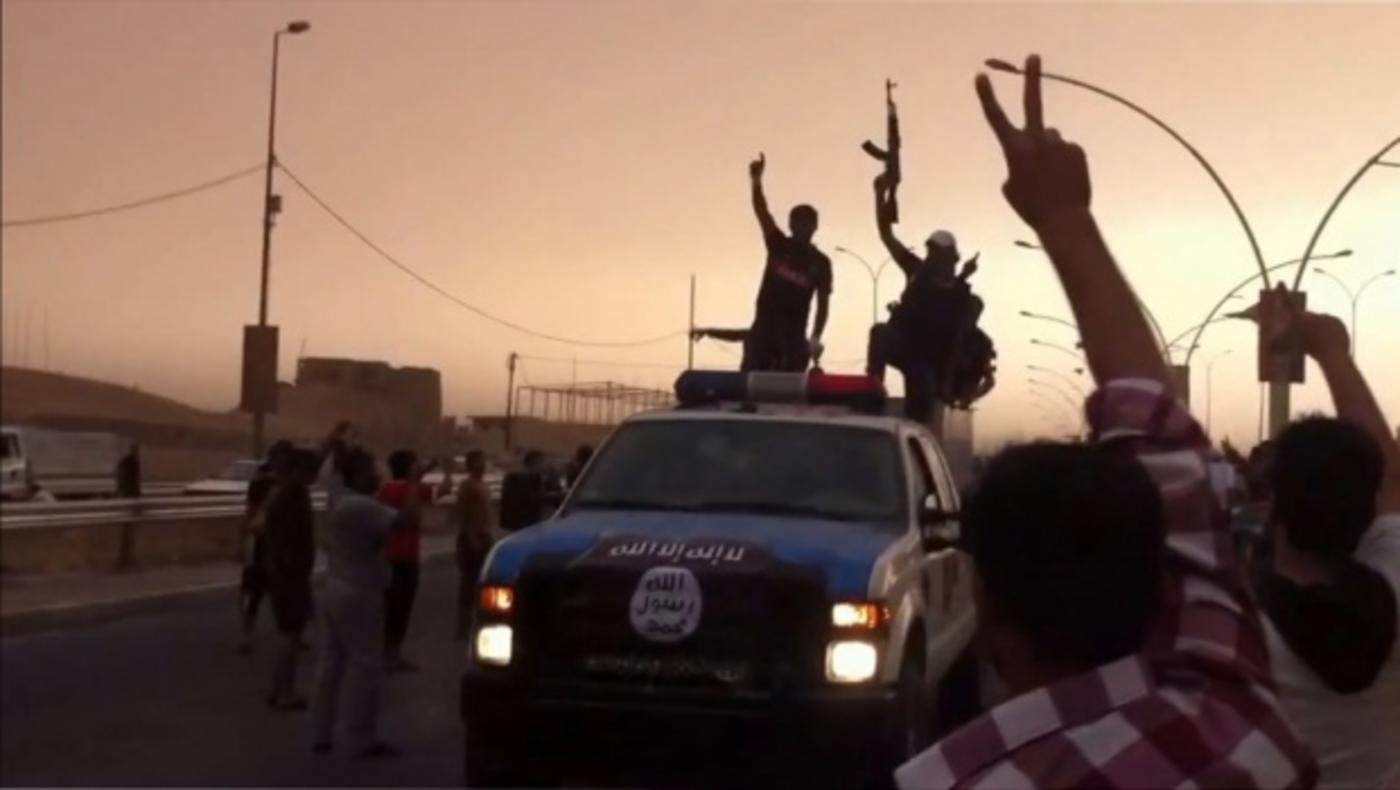 This week the German magazine Der Spiegel published documents that struck yet another blow to the thesis that claims ISIS is Islamic. The documents were uncovered from a house in Syria that had been occupied by a former Iraqi intelligence official.

In great detail, the documents show the blueprint for the creation of ISIS. Far from being a hyper-religious movement that sprung up spontaneously, the swathe of papers confirm ISIS is, as many suspected, a Frankenstein-esque creation of former Baathists and secular Saddamists – a strategy for restoring Sunni Baathist political power that the US invasion of Iraq had taken away.

“There is a simple reason why there is no mention in [former Iraqi colonel Haji] Bakr's writings of prophecies relating to the establishment of an Islamic State allegedly ordained by God: He believed that fanatical religious convictions alone were not enough to achieve victory. But he did believe that the faith of others could be exploited,” writes Der Spiegel’s Christoph Reuter.

“In 2010, Bakr and a small group of former Iraqi intelligence officers made Abu Bakr al-Baghdadi, the emir and later 'caliph,' the official leader of the Islamic State. They reasoned that Baghdadi, an educated cleric, would give the group a religious face.” Iraqi journalist Hisham al-Hashimi observes that al-Baghdadi was “a nationalist, not an Islamist.”

Can we finally acknowledge the conflict in the Middle East has almost nothing to do with Islam?

Those who claim the Sunnis and Shiites are locked in a religious war are unable to explain how it was that the rival sects coexisted peacefully for centuries under Ottoman rule. In other words, the Sunni v Shiite conflict is a modern phenomenon that “coincidently” emerged only after each of the following events took place:

1.      The West’s creation of artificial colonial states after the collapse of the Ottoman Empire in 1919.

4.      The US-led coup that overthrew a democratically elected president in Iran in 1953.

Much has been written about the first three points, but it’s the chain of events the fourth put in motion that are still reverberating today.

Following the coup and the reinstatement of a US-friendly dictator, Shah Muhammad Reza Pahlavi, American defence and civilian (oil) contractors moved into Iran during the 1950s to 1970s. America, its benefactors, and the Shah plundered Iran’s oil wealth - while poverty and unemployment skyrocketed.

Saudi Arabia felt especially threatened by America’s “special relationship” with the Shah, and worried the US would, intentionally or unintentionally, help spread Iranian influence throughout the region.

While Saudi Arabia had long ago subscribed to a reductionist form of Islam, which had been developed in the 18th century by Muhammad ibn Abd al-Wahhab, Wahhabism was not inherently violent – although it did advocate a pro-Sunni agenda. Thus the Saudi monarchy saw Wahhabism as the ideal political tool to counter Iranian influence in the region.

When the US supported Israel during the 1973 Yom Kippur War, the Saudi-led OPEC seized an excuse to impose an oil embargo on the West, which sent the price of oil skyrocketing – and thus gave the kingdom all the petrodollars it needed to impose anti-Shiite Wahhabism on the entire Muslim world.

Throughout the Middle East, Africa and Central Asia, Saudi-style mosques were erected, and Islamic schools that taught a Wahhabi curriculum were established and funded courtesy of KSA. “In return for their munificence, Saudis demanded religious conformity. The Wahhabist rejection of all other forms of Islam as well as other faith traditions would reach as deeply into Bradford, England, and Buffalo, New York, as into Pakistan, Jordan, and Syria,” notes Karen Armstrong, a prolific religious author and commentator. “The West played an unwitting role in the surge of intolerance, since the United States welcomed the Saudi’s opposition to Iran, and the kingdom depended on the US military for its very survival.”

The Saudi’s strategy for countering Iran would receive a further boost when the Islamic Revolution ousted the Shah and the Americans in 1979 – thus making Saudi Arabia the United States’ new “chief ally” in the Middle East.

In 1980, Iraq, with the backing of the US and Saudi Arabia, invaded Iran. Saddam viewed a weakened non-US backed Iran as an opportunity to establish Iraq as the hegemon in the Middle East. It’s significant to note here that Shiite Iraqis made up a large percentage of the Iraqi army. “We did not think about the Shia or Sunni percentage issue then,” said Ra’ad al-Hamdami, a former general of the Iraqi Republican Guard. “The [Baathist] Iraqi state was not built on divisions, but on respect, and on technocrats.”

When the Soviets invaded Afghanistan in December 1979, the Reagan administration effectively funded Wahhabism to the tune of $2 billion. “USAID invested millions of dollars to supply schoolchildren with textbooks filled with violent images and militant Islamic teachings,” writes Nafeez Ahmed. “Theology justifying violent jihad was interspersed with drawings of guns, bullets, soldiers and mines. The textbooks even extolled heavenly rewards if children were to pluck out the eyes of the Soviet enemy and cut off his legs.”

When the Soviets withdrew from Afghanistan in 1989, Arab Afghani fighters, having just defeated a super power, returned to their respective homes - predominantly in Egypt, Saudi Arabia, Yemen, and the Gulf states - with the hope of overthrowing oppressive dictatorships and occupying powers throughout the Middle East. With a decade of fighting experience in Afghanistan, and in Chechnya under its belt, this anti-Shiite, anti-Western, pro-Sunni ideology had become militant.

But Muslims throughout the Sunni Arab states found these returning Arab Afghani fighters far too extreme. When Iraq invaded Kuwait in 1990, Bin Laden offered the Saudi monarchs the services of his Afghanistan veterans to provide security for KSA’s oil fields. The monarchs rejected him, and instead chose the US military to be the guardians of their black gold. In Egypt, al-Zawahiri was implicated in a plot to assassinate Hosni Mubarak. He fled to Afghanistan to rejoin with Bin Laden in 1996.

That same year Bin Laden issued his “Declaration of War” on the United States and Israel. In his video statement Bin Laden declared the US-Israel alliance had inflicted “aggression, iniquity and injustice” against Muslims. His aims were entirely political: to remove US military bases from Saudi Arabia, which he equated with the Israeli occupation of Palestine; to end political sanctions against Iraq, which he claimed had caused a million deaths, and to oust US-backed dictatorships and regimes in the Middle East.

Given more than a decade had passed since the Arab Afghani defeat of the Soviet Union, Bin Laden hoped a “spectacular attack” on America would remind Muslims living under oppressive regimes and occupiers that victory and liberty was possible.

Many Western commentators mistook the September 11 attacks to be an expression of extreme religious belief rather than calculated political motive. Richard Dawkins, for instance, argued that “only religious faith is a strong enough force to motivate such utter madness in otherwise sane and decent people”. To this Armstrong replied: “This dangerous oversimplification springs from a misunderstanding of both religion and terrorism. It is, of course, a familiar enough expression of the secularist bias of modernity, which has cast ‘religion’ as a violent, unreasonable force that must be excluded from the politics of civilised nations.”

An overwhelming majority of the Muslim world rejected the attacks. A poll taken shortly after 9/11 showed that 93 percent of Muslims believe attacks on civilians to be “never justifiable,” and, of the 7 percent who said attacking civilians could be justified, nearly all concurred that justification could only be made in a political sense, not religious.

The September 11 attacks had failed to galvanize the Muslim world the way Bin Laden had hoped. Moreover, the Sunni versus Shiite conflict remained unborn. The sectarian civil wars were unleashed in Iraq and Syria only after the US had upended the political status quo by toppling the Sunni Baathist regime in Iraq. “When the Americans formed the Governing Council [in July 2003] with 13 Shiite and only a few Sunnis, people began to say, ‘The Americans mean to give the country to the Shia,’ and then they began to fight, and the tribes began to let al-Qaeda in,” writes Joel Rayburn in Iraq After America: Strongmen, Sectarians, and Resistance.

AQI, however, was not al-Qaeda proper. While Bin Laden did not overtly advocate anti-Shiite violence, his general in Iraq, al-Zarqawi, did.

The arrival of foreign jihadis, led by al-Zarqawi, set off not only an insurgency against the Americans, but also a sectarian civil war between the Shiite majority and the Sunni minority. When Shiite militias, with the backing of the Iranian regime, began exacting revenge and committing atrocities against Sunni majority towns and villages in late 2003, AQI’s proposal to Iraq’s Sunni tribes was simple to understand: “Our violence or theirs?” Military historian Ahmed Hashim notes that most of the Sunni tribes joined AQI on the grounds that “they were interested in liberating Iraq and not in creating an Islamic state.”

This now brings us full circle to the recently uncovered ISIS blueprint.

“The war in Iraq is about politics, the Sunni and Shiite divide is just cover for this,” says Muneer Hashim al-Obaidi, a professor of law at the Iraqiya University in Baghdad. “Iran is using Iraq’s Shiites to achieve the political goal of increasing their power in the region. IS is using the cover of protecting Sunnis to achieve their political goals of establishing control over lands in Iraq and Syria. Iraq is part of a regional war - it could even be described as a world war. We can see the West - by which I mean the US and Europe - fighting against Russia and China. The Russians and Chinese are supporting Iran while the Americans and Europeans back Saudi Arabia and other Gulf countries.”

So I ask again, can we finally acknowledge the conflict in the Middle East has almost nothing to do with Islam?

- CJ Werleman is the author of Crucifying America, God Hates You. Hate Him Back, and Koran Curious and is the host of Foreign Object. Follow him on Twitter @cjwerleman

Photo: Islamic State fighters in Mosul following its seizure by the militant group in June 2014 (AFP)