China's Uighurs: The case for genocide has been made. Will the world act? 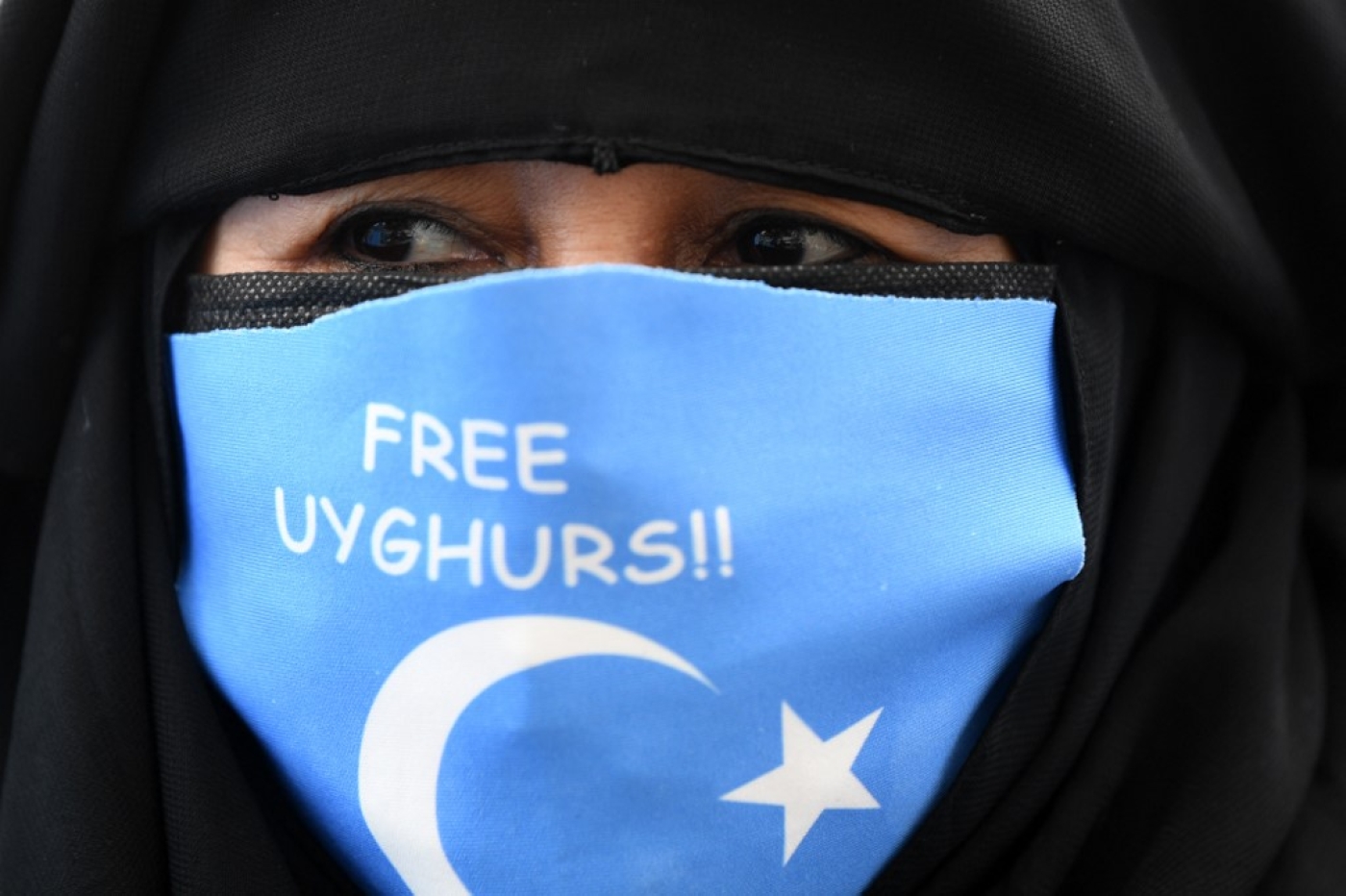 A Uighur Muslim protests in Istanbul at the genocide in Xinjiang, on 8 March (AFP)

In 2014, Chinese President Xi Jinping launched the “people’s war on terror” in southern Xinjiang, where Uighurs make up nearly 90 percent of the population. Describing the area as the front line in the battle against “religious extremism”, the Chinese government launched “re-education camps” – now home to around a million people – and subjected detainees to forced labour, sterilisation, rape and torture, in what appears to be a top-down drive to eradicate the culture and identity of China’s Muslim minorities.

Xi urged his party to emulate aspects of the US “war on terror” after a series of deadly attacks that China blamed on Uighur extremists. Since then, evidence has mounted of a state-led terrorism campaign, which the Chinese government denies. The international community has been cautious about indicting China for several reasons; chief among them are economic ties.

'If the visible commission of genocide holds no consequence, what is the meaning of any other international law?'

China accounts for over a fifth of the world’s cotton supply, widely used throughout the global fashion industry and consumed around the globe. Foreign investment in China was up 31 percent in 2020 to around £110bn ($153bn), with China among the UK’s top five trade partners. China contributed £13.6bn ($18.9bn) to the UK’s underlying total trade deficit in the first half of 2020, more than any other country in that period.

This goes some way towards explaining UK Prime Minister Boris Johnson’s expression of “grave concerns” about rights abuses in Xinjiang, without a declaration of genocide. But pressure is growing for his party to accept the verdict of a proposed parliamentary judicial committee, which could determine whether genocide is being committed by a trade partner, thus calling the UK-China relationship into question.

The EU, too, is highly reliant on trade with China. In January, members of the European Parliament condemned the European Commission for signing a controversial investment agreement with China, saying it undermined the EU’s credibility on human rights, given the absence of any means to enforce Chinese assurances over the eradication of forced labour in Xinjiang.

The strongest condemnation so far has come from the former Trump administration, which described events in China as a genocide in January - a line the Biden administration seems intent on maintaining. But while evidence has been mounting for years of a systematic campaign by Chinese officials, no country has thus far been able to bring forward a legal determination of genocide, as this is a matter for the International Criminal Court - but China’s UN Security Council seat means it can veto any referral to the ICC.

Now, however, a groundbreaking report by more than 50 independent experts in international law, genocide, China’s ethnic policies and the Xinjiang region has concluded that China is committing genocide against the Uighurs, in breach of the UN Convention on the Prevention and Punishment of the Crime of Genocide, to which China and 151 other states are parties.

The 25,000-word report arrives at a historic and unequivocal genocide determination, based on international law and the relevant binding treaty, the Genocide Convention, applied to the available evidence.  It concludes that as a highly centralised, authoritarian state in full control of its territory, population and state agents, China cannot dissociate itself from the range of policy, law and practice constituting genocide, and thus bears responsibility for violations of the Genocide Convention.

While statements such as the US declaration of a Uighur genocide represent a policy condemnation, a formal breach of the Genocide Convention could have serious legal implications, most notably by enabling those responsible for the genocide to be arrested in countries that are signatories.

The report details the Chinese state’s intent to destroy the Uighurs based on explicit statements, policy directives and legal regulations

The report details the Chinese state’s intent to destroy the Uighurs based on explicit statements, policy directives and legal regulations originating at the highest levels, with Xi, as recently as September 2020, vowing to continue these policies for years to come.

The report presents evidence that China plans to continue these policies until Uighurs and other Muslim nationalities “would be extinct”, with high-level officials following orders to “round up everyone”, “wipe them out completely … destroy them root and branch”, and “break their lineage, break their roots, break their connections and break their origins”. Officials repeatedly characterised the mass internment of Uighurs in dehumanising terms, such as “eradicating tumours” and spraying weeds with “chemicals to kill them all”.

The ultimate hope is that other state parties to the Genocide Convention will take urgent action to fulfil their obligations under the treaty, and that businesses who source their products in the region will reassess and withdraw, or shift their supply chains.

John Packer, a law professor at the University of Ottawa and one of the report’s contributors, compared its conclusion to “a Munich moment”. Asked whether the world can continue to look away, he responded: “Unlike 1938, there now exist express norms and standards, and there is abundant evidence in hand as a result of global information technology. And there is far greater interdependence. But has the world learned anything? This is a moment of truth - for leadership and also for creativity in finding a way forward… for talented but principled diplomacy. It cannot be a moment of moral failure.” Unlike much of the political tussle over global ascendancy, particularly between the US and China, the report relies on international law. The finding of ongoing violations of the Genocide Convention obliges the 151 other state parties to act, Packer said. “To ignore it or soft-pedal would be a challenge to the entire rules-based international order. If the visible commission of genocide holds no consequence, what is the meaning of any other international law?”

Asked what concrete measures could be expected to flow from this report, Packer said: “While individual states may and should take appropriate steps, beginning with careful attention not to be complicit in any way (such as contributing to or benefiting through trade), all manner of diplomatic responses should be considered (such as withdrawal from the Olympics) and permissible actions on trade, investment and other engagements and relations. Business as usual cannot be the outcome. An emergency meeting of the UN Security Council should be called, with a coordinated response on the multilateral level.”

This report represents the most significant legal consensus yet to emerge on genocide in China. The question now is whether the very foundations of our international system of law will be upheld, and at what cost.