Dangerous Iranophobia: Trump edges towards his own 'axis of evil' moment

Jonathan Steele
Remember Bush and the move towards war on Iraq? After Trump's visit to the region, we should beware of a drive towards yet another war 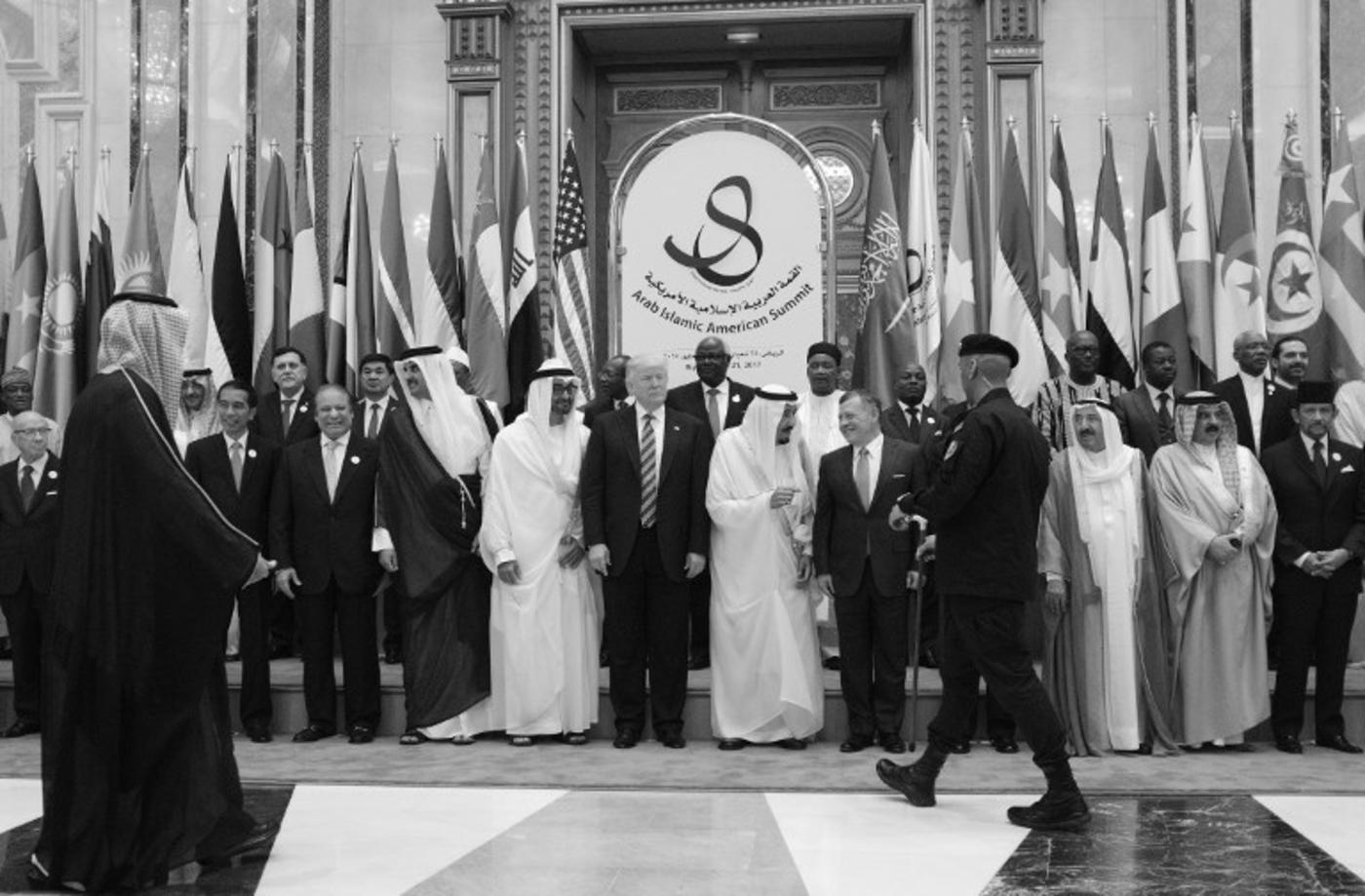 In the international commentary on Donald Trump’s repetitive demonising of Iran during his visit to Saudi Arabia, much has rightly been made of the contrast between the Saudi kingdom’s denial of democracy to its citizens and the vibrantly unpredictable presidential election in the very country which Trump was criticising.

The US should welcome Rouhani's victory, but that would require Trump to accept that Obama’s policy of engaging Iran was justified

What has been less noticed is the ominous similarity between Trump’s onslaught on Iran and the policy of the last Republican in the White House, George W Bush.

We should remember how Bush Jr treated Iran’s then reformist president, Mohammed Khatami, who was attempting to re-engage with the West and work out a compromise on the nuclear issue. Khatami’s re-election in 2001 was welcomed by Britain and other European nations who sent their foreign ministers to Tehran to foster mutual engagement.

But in January 2002, Bush - to the surprise of the Europeans as well as the Iranians - labelled Iran as part of an “axis of evil”. Hopes for a nuclear deal diminished, and even though Khatami and Rouhani, who was then one of Iran’s top nuclear negotiators, continued to offer major concessions, the hardline White House mindset was unbudgeable throughout the rest of Khatami’s second term.

The foreign country which most welcomed Bush’s attempts to isolate Iran was, of course, Israel. It was no secret that Israel wanted to bomb Iran’s nuclear facilities or, better still, get the Americans to do it for them. They were disappointed when Bush and his neocon advisers turned their wrath on Iraq instead and launched what the Israelis thought was the wrong war.

Now we have the disturbing parallel of another ignorant Republican president on the warpath against Iran, talking in Riyadh in the same simplistic terms as Bush: “This is a battle between good and evil.” To complete the similarity with Bush, Trump calls for isolating Iran and says Iran’s “funding of terrorists must cease immediately”.

Then he flies off to Israel, the other pillar of the anti-Iranian axis, taking no account of the fact that the Iranian electorate has just rejected a conservative member of the judiciary and chosen as its president the candidate who represents pragmatic moderation, foreign policy experience and engagement with the outside world.

Just as they did in 2001, European political and business leaders have been traveling to Tehran in recent months to revive business and trade links and help the country recover from the impact of sanctions. They have been arguing that Iran needs to be a full member of the group of nations involved in a political solution to the Syrian civil war. Now Trump puts all of that at risk.

'The lessons of experience'

In his Riyadh speech, Trump spoke loftily of being guided by “Principled Realism”. (The transcript used capital letters for P and R. To those not reading the text, but actually listening, how did the president’s voice convey the solemnity of this Trump doctrine?).

Have Trump's advisers forgotten the Iraq war, the biggest catastrophe of the Bush presidency?

In an apparent effort to explain it, he went on: “We will discard those strategies that have not worked. We will be guided by the lessons of experience.” Have his advisers forgotten the Iraq war, the biggest catastrophe of the Bush presidency? Did they not notice that by trying to isolate Khatami’s Iran, they promoted the ascendancy of a much more hostile successor president, Mahmoud Ahmedinejad?

One might argue that Trump the salesman is magnifying fear as the best way to persuade his customers to part with their money. The huge arms deal announced in Riyadh this weekend will certainly guarantee tens of thousands of American jobs for a decade or more. But there is no evidence that Trump’s strategy is merely a business proposition, artificially contrived.

All the signs are that Trump believes what he is saying. It is part of the US neocon world view which is shared by the Saudi royal family who have been misinterpreting Iranian foreign policy with redoubled vigour in recent years.

They justify their costly military intervention in Yemen by exaggerated claims of Iranian involvement, ignoring the evidence that the Houthis defied Iran’s advice not to seize Sanaa in 2015.

By jointly working with the Saudi air force, Trump is complicit in the war crimes and the man-made starvation which the Saudi blockade has imposed on Yemenis. Yet in his Riyadh speech he applauded Saudi Arabia’s “strong action in Yemen”.

With similar moral blindness, Trump portrays Iran as the main sponsor of regional extremism and terror. He ignores the fact that Iran has every reason to fear the Islamic State (IS) group's openly avowed hostility to Shi’ism and thus to help the governments of Iraq and Syria to resist IS before it reaches Iran’s borders.

Instead of publicly congratulating Rouhani on being re-elected, the US president dines with the foreign leader who would most like to see regime change in Tehran

Meanwhile, in what passes for his analysis of the origins of terrorism, Trump makes no mention of Saudi-sponsored campaigns to spread Wahhabism throughout the Middle East and the Gulf countries’ funding of Islamist jihadis in Syria.

Then he travels on to Israel, the other great demoniser of Iran. Whereas Saudi Arabia fights Iran on a proxy battleground, Israel has the potential for making war on Iran itself. Instead of publicly congratulating Rouhani on being re-elected, the US president dines with the foreign leader who would most like to see regime change in Tehran.

One must wonder whether the two men have been hatching new plans for turning the screws on Iran, up to the use of armed force.

Not that all is fine in Iran. The election system is tightly controlled, and the judiciary has the right to veto candidates. Of the more than 1,600 Iranians who registered as candidates, less than ten were approved. But once the list is announced, there is a real contest.

The fact that Rouhani’s opponent had the support of the powerful Islamic Revolutionary Guard Corps, the judiciary and Iran’s supreme leader but still did not win shows how unpredictable the contest was

This year’s TV debates were astonishingly aggressive with accusations of corruption and incompetence freely bandied about as well as clear differences of economic policy. The fact that Rouhani’s opponent had the support of the powerful Islamic Revolutionary Guard Corps, the judiciary and Iran’s supreme leader, Ayatollah Ali Khamenei, but still did not win shows how unpredictable the contest was.

Rouhani has many faults. He was ultra-cautious on human rights during his first terms, not daring to publicly condemn, let alone take steps to end, the house arrest of two candidates in the 2009 presidential election, Mir Hossein Mousavi, a former prime minister and Mehdi Karroubi, a former speaker of parliament.

Rouhani should move to have them freed now, as well as to end the imprisonment of other Iranians or dual nationals whose trials and sentences were flawed.

US should welcome Rouhani

In spite of their differences in democratic development, Saudi Arabia and Iran have much in common in terms of socio-economic issues: high youth unemployment, a widening income gap between rich and poor and massive corruption.

Rouhani has managed to move the economy from recession to growth, thanks in large part to a surge in oil exports after the lifting of sanctions. But he has done little to end unemployment and corruption, and most of the increase in foreign trade and investment has benefited companies owned by the Islamic Revolutionary Guard Corps or the supreme leader’s economic associates.

As the Harvard specialist, Ali Fathollah-Nejad, pointed out recently, Rouhani has been following a neo-liberal austerity strategy rather than a Keynesian one of using government funds to stimulate investment. The president’s policy relies on cutting government subsidies to the less well-off and restricting the rights of trade unions in the so far unfulfilled hope that private business will boom and create new jobs.

Popular frustration at the lack of results of this policy opened the way for his election opponents to attack him from the left as well as the populist right. It was mainly because of Rouhani’s greater willingness to hint at social reform and engage more fully with the outside world that, in spite of poor economic performance, he managed to win a majority of votes.

His victory should have been welcomed by the United States. But that would have required Trump to accept that Obama’s policy of engaging Iran and seeking a balance between Saudi Arabia and Iran was justified.

Instead, we have a massive US tilt back to Iranophobia. The dangers are clear. Remember Bush in 2002 and the move towards war on Iraq. Now, after Trump’s visits to the leading Iranophobe states in the region, we should beware of a drive towards yet another war.

Photo: Leaders finish posing for a group photo at the Arabic Islamic American Summit at the King Abdulaziz Conference Centre in Riyadh on 21 May 2017 (AFP) 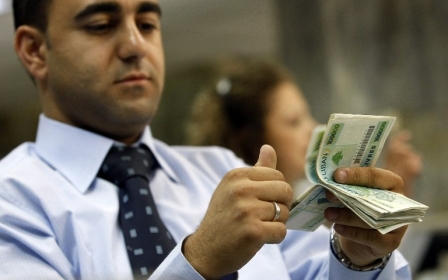