The day of the land 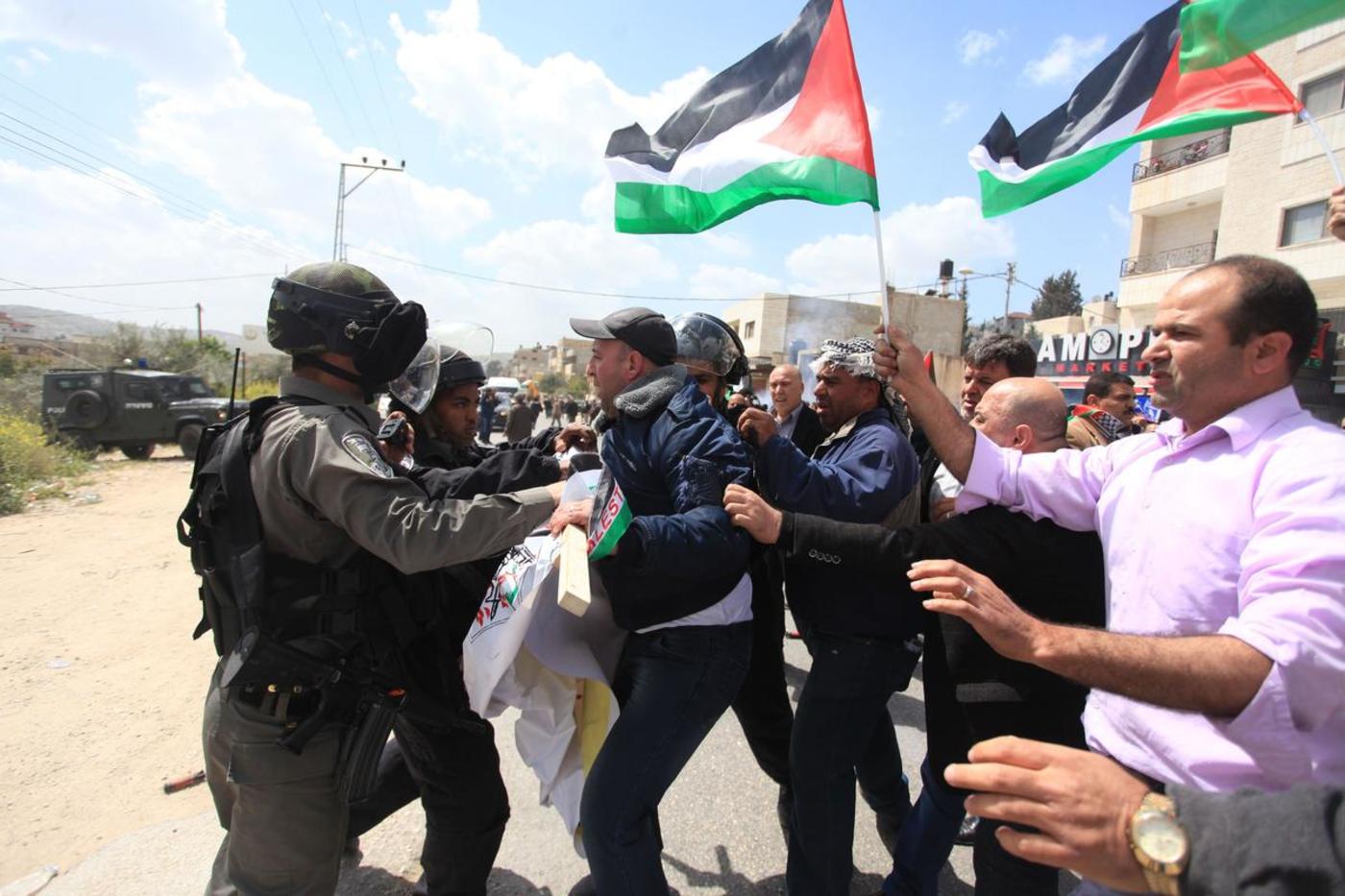 This week Palestinians commemorate the 39th anniversary of Land Day. The Committee for the Defence of the Palestinians in Israel recently announced that this year there will not be a general strike, but instead, two national demonstrations will be held in Rahat in the Negev and Arabah in the Galilee.

The establishment of the state of Israel in 1948 had a devastating impact on the Palestinian people – it was the year of the Nakba, the Catastrophe. Immediately, the majority of the Palestinians were forced out of their homes to become refugees, both locally and throughout the Middle East. Those who remained within the newly established state of Israel were reduced to a minority within their homeland, cut off from the rest of their fellow nationals.

It is estimated that after 1948, between 80,000 -160,000 (10 percent) of the original population remained in Israel. As a result of the Nakba, Palestinians faced the destruction of their political, economic and social structures. To maintain the fragmentation and control over the Palestinian minority, the Israeli state introduced military rule, economic and political dependency and complex systems and regulation of discrimination.

Control over Palestinian land is one of the main features of the conflict with Zionism. Israel instituted a series of mandatory laws, regulations and policies to legalise the confiscation of Palestinian refugees’ land and property and preventing them from returning to their homes. Palestinian land was deemed “absentee property” based on the 1950 Absentee Property Law and the control of the land was transferred to the state and its quasi-state entities, such as the Jewish National Fund and Israel’s Land Administration for the benefit of Jewish Israelis.

Under this law, Palestinian refugees and the internally displaced are regarded as “present absentees”, designations that authorised the confiscation of their land. The implication of this was that the majority of the Palestinian land was lost.

This was not enough. In addition Israel legislated more than 16 laws and acts to legalise the expropriation of more Palestinian land. The loss of their land resulted in Palestinians becoming a destitute reserve for cheap labour entirely subordinate to the Israeli economy.

The process of land confiscation continued, and on 1 March 1976, the Israeli government declared the expropriation of 20,000 dunums of Arab land in the Galilee, branded as “developing the Galilee”, while the real aim was to Judaise, and in short, ethnically cleanse the area of Arab Palestinians.

The National Committee for the Defence of the Arab Land (NCDAL), which represented a spectrum of the political social forces of Palestinians in Israel, knew about these plans and tried to persuade the government to abandon them, but to no avail.

In protest of these plans, as well as an aggressive police and army presence in many villages, a day of national strike was planned for 30 March 1976, to protest land confiscation and discriminatory Israeli policies towards Palestinian citizens. On 30 March, a confrontation with the police and the army occurred, resulting in the killing of six Palestinian protesters.

Palestinian media and groups outside Palestine were euphoric, calling Land Day an uprising. They exaggerated the scale and duration of the confrontations. It is important to note, however, that during the early days of the establishment of the PLO, there was almost total ignorance regarding the political and social circumstances of Palestinians who remained on their land after 1948, to the extent that they were seen as collaborators with Israel. Later, during the 1970s, most of the efforts by the PLO were channelled into recruitment to join the armed struggle, thereby devaluing their strategy for national and civil struggle.

Land Day indicated the potential role they can play in the struggle. In this sense, Land Day brought about a significant change in the history of Palestinians in Israel, making them a recognisable political and social force that could no longer be ignored by either Israel or the PLO. It highlighted their Palestinian  identity and their political struggle for equality against oppression and discrimination.

This change of attitude was reflected in the Palestinian National Council (PNC) held in Cairo in March 1977, where a clear reference was made in the final resolution to support their struggle and steadfastness and the PLO executive committee put forward a plan to support the 1948 Palestinians to defend their land and recognised Land Day as national day of solidarity on the Palestinian calendar.

Since then, Palestinian political groups and international solidarity groups have organised various political and cultural activities to celebrate Land Day. These actions have strengthened the connections between various Palestinian communities, especially from both sides of the Green Line. It was indicative of a change that Arab countries began broadcasting programmes about the 1948 Palestinians.

The critical role played by Palestinians in Israel undoubtedly paved the way for the first official meeting between the PLO and the Israeli Communist Party/Democratic Front for Peace and Equality held in Prague in May 1977. Such meetings became a regular occurrence in the next few years between the PLO and various Palestinian political groups inside Israel.

By late 1978, the National Palestinian Student Movement in Israel issued a statement sent to the PNC in Damascus which announced its support for the PLO and the establishment of Palestinian state in all the land of Palestine. The Israeli response was immediate and harsh. House arrest orders were issued against the students, and in 1980 legislation was approved by the Knesset to prohibit any contact or identification with the PLO.

Palestinians in Israel continued to play a vital role in the national liberation struggle from their unique position as the indigenous population and citizens of Israel. The outbreak of the Intifada in December 1987 was significant in the evolution of the political consciousness and organisation of this community; they had become a political power - both within Israel and the Palestinian national movement, which reflected their civil and national identity. They expressed political support and solidarity with the Intifada, and Land Day in 1988 was marked by a general strike in solidarity with the Intifada and against the continuation of Arab land confiscation.

Land Day saw the birth of the politically active, national identity of the Palestinian people inside Israel and gave recognition to their cause and plight. They have become a legitimate force within the collective Palestinian aspiration for self determination.

- Dr. Marwan Darweish is a Principal Lecturer at the Centre for Trust, Peace and Social Relations at Coventry University, His research focuses on peace processes, conflict transformation and nonviolence and he has extensive experience across the Middle East region with special interest in Palestine and Israel. He is a Palestinian from Umm El Fahem within the 1948 borders. 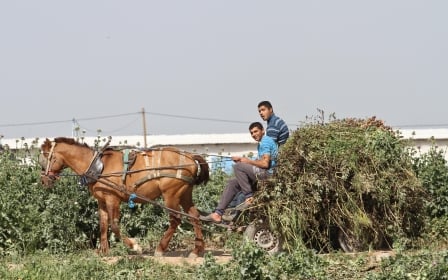