Richard Falk
It was meant to be a victory march for Netanyahu, but any peace must be based on the dissolution of the way things are 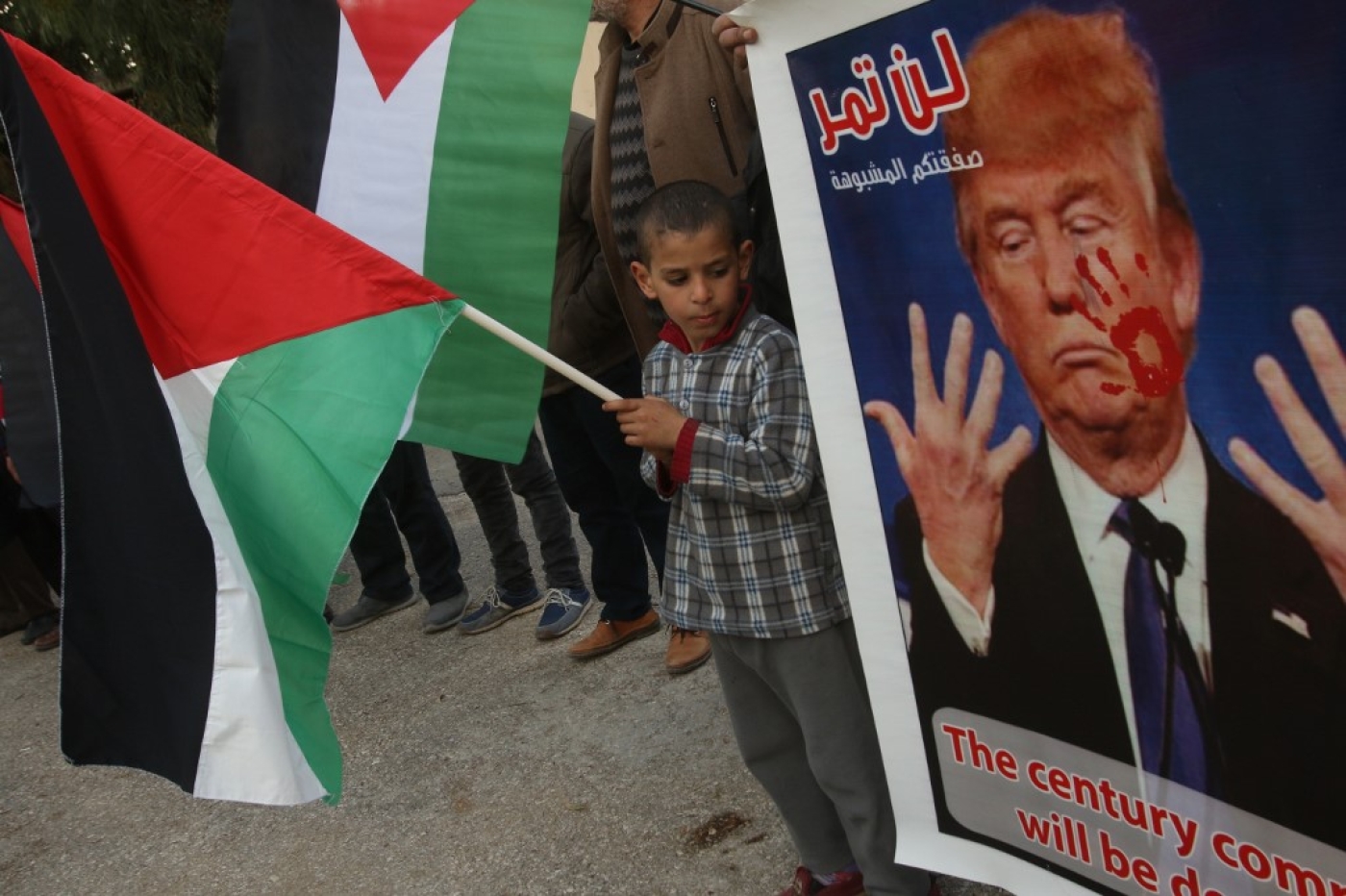 It was always foolish to expect a balanced political compromise from the current American administration.

Since he was elected four years ago, US President Donald Trump has entrusted the Israel/Palestine portfolio to his inexperienced, Zionist son-in-law, Jared Kushner, aided by two equally unqualified individuals: Ambassador David Friedman and envoy Jason Greenblatt.

Beyond this, Trump did little to hide his unseemly deference to billionaire Sheldon Adelson, who bankrolled the former reality TV star's campaign and lends unqualified support to Israel’s hard right.

For this administration, there was no need even to pretend to be balanced or to strike a political compromise, supposedly resting on a two-state solution. Trump went further than any past pro-Israel White House, recognising Jerusalem as the capital of Israel, giving his blessing to illegal Israeli settlements, green-lighting Israel’s annexation of the Syrian Golan Heights, and cutting funding for Palestinian humanitarian aid.

Trump showed no concern for promoting peace. It is thus no surprise that the “deal of the century” outlines a plan for political surrender by Palestinians, sugarcoated with economic inducements provided they give up all their rights and grievances under international law.

What is nonetheless shocking is that the Trump deal institutionalises apartheid, even asking its Palestinian victims to give their formal consent to this oppressive arrangement. Even the leaders of the South African apartheid regime never dared go this far.

Trump did not envision negotiations, but rather a victory celebration for Prime Minister Benjamin Netanyahu's Israel and humiliation for Palestinians

The regime envisioned for Palestine also contains elaborate security arrangements that effectively authorise Israel to impose unlimited collective punishment against Palestinians, in defiance of international law. To hide the downgrading of Palestinian expectations, the plan embraces a perverse variant of “realism”, which can be translated as “the validation of coercion and lawlessness” at the expense of those victimised.

In presenting the plan, Kushner had the audacity to say: “I’m not looking at the world as it existed in 1967. I’m looking at the world as it exists in 2020.” This means that Israel’s demands for land and security will be satisfied, while Palestinian grievances, lacking the force of arms, can safely be put aside, in favour of some supposedly face-saving words and arrangements.

Thus, without scruple, Palestinians are being offered “self-determination” in a plan rejected by the vast majority - at best, a deformed statelet inaccurately called a “state”.

Perhaps to ensure a negative response from the Palestinian leadership, it was insulted throughout the plan and its presentation. Kushner summarised the Trump attitude bluntly: “You have five million Palestinians who are really trapped because of bad leadership.”

Hamas is never mentioned without the reader being reminded that it is a “terrorist” group - not the framing to be used if there was any interest in enticing the Gaza leadership to sit at a negotiating table. The Palestinian Authority does not fare much better, identified as corrupt and content with the status quo because it benefits its leaders materially. This underscores that Trump did not envision negotiations, but rather a victory celebration for Prime Minister Benjamin Netanyahu’s Israel and humiliation for Palestinians.

In South Africa, in a final desperate effort to stabilise the regime, small ethnic enclaves were established across the country with a semblance of home rule, but completely subordinated to the apartheid structures of hierarchy and cruel exploitation of the majority population. The map outlined in Trump’s plan clearly resembles the South African Bantustans - non-contiguous enclaves of subjugated people, confined behind walls in their own homeland.

The offer of a Palestinian statelet, consisting mainly of urban communities in the West Bank thrown together without contiguous borders, also functions as a curtain intended to hide - or at least minimise - further Israeli land grabs. Instead of withdrawing from the West Bank as prescribed by UN Security Council Resolution 242, Israel would take control of more than 80 percent of occupied Palestine, a reality further disguised by giving Palestinians some desert area in the uninhabitable Negev.

In 2005, Israel ostensibly took a step towards achieving peace with Palestinians through its “disengagement” from Gaza. Israeli forces were withdrawn and settlements housing thousands of Israelis were dismantled. But it soon turned out that this was not an end of occupation, but a new mode of control, seemingly even more devastating to the civilian population of the Gaza Strip.

Israel continued to control entry and exit from Gaza and retained sovereign control of its airspace and territorial waters. Interference with Gaza’s economic life caused severe hardships, accentuated by the punitive measures adopted after Hamas gained control of the territory’s governance. These developments stimulated resistance in Gaza, with major Israeli military incursions coming in response to rockets fired from the enclave - a cycle of violence directed at the vulnerable civilian population.

What the Trump deal offers, if anything, is a worse version of post-disengagement Gaza. It confers border control exclusively on Israel, requires complete demilitarisation of the Palestinian statelet, and makes Palestinian communities completely vulnerable to Israeli military action.

If this is the “deal of the century”, it will be a dismal century for us all. Perhaps there can arise from the extremity of the unjust US proposals some helpful responses, including a unified Palestinian leadership, an insistence on a neutral intermediary to replace the US, increased global solidarity with the Palestinian struggle, and the beginning of an international effort to hold Israel accountable for its crimes against humanity.

The Trump plan was designed to add a formal stamp of approval to what was already taking place on the ground, including the emergence of an Israeli apartheid state and the continuous undermining of Palestinian rights. Any genuine diplomatic initiative for peace must be premised on the dissolution of the Israeli apartheid regime. Any other approach can only achieve, at best, a temporary ceasefire.