Ibrahim al-Marashi
While Iran has handed over missile technology to proxies in the region, reports about such deployments in Iraq appear counter intuitive 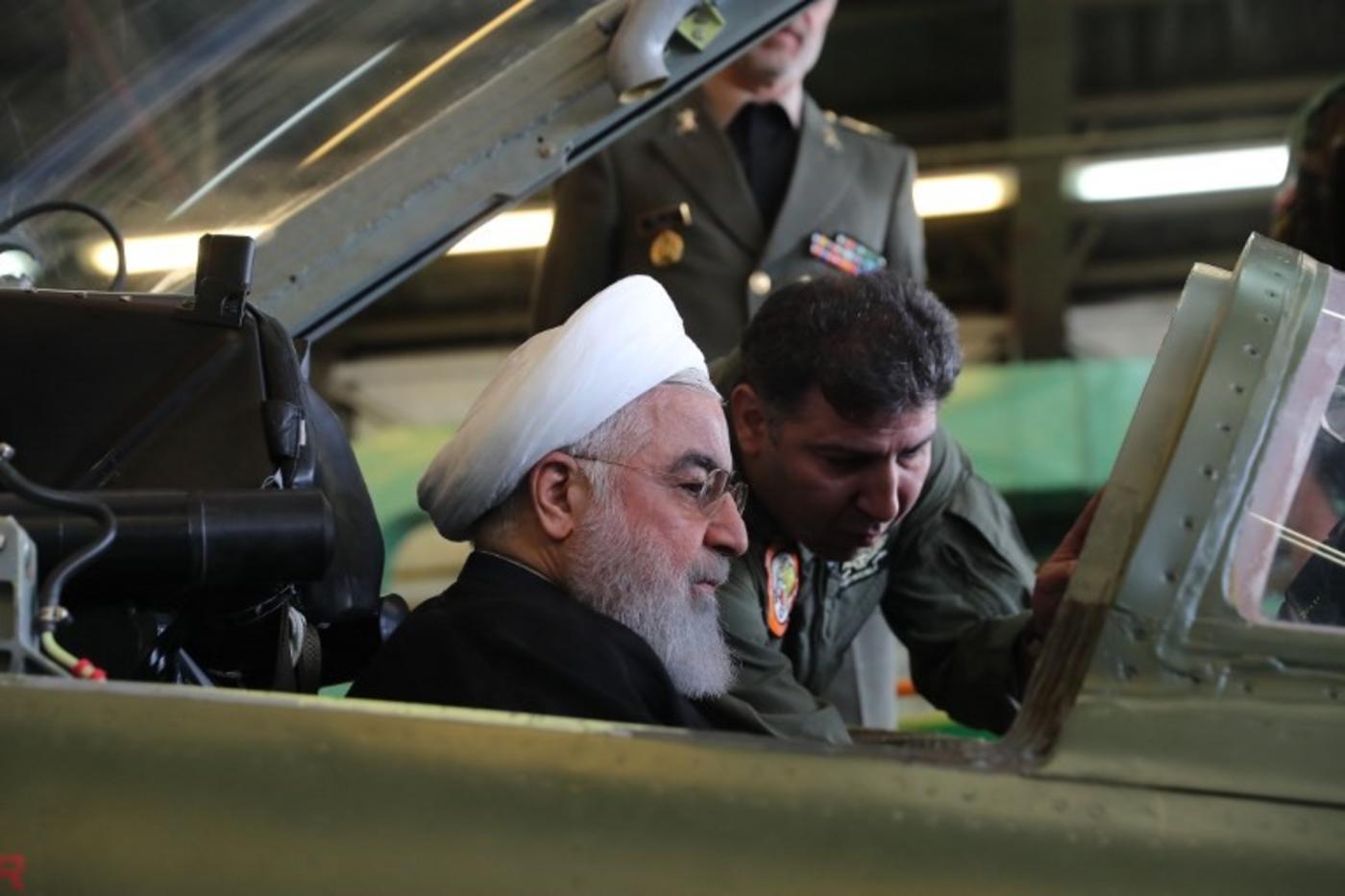 On 31 August, Reuters published an article alleging that the Islamic Republic had deployed ballistic missiles to its allied Shia proxies in Iraq.

While the Israeli media was quick to pick up the story, US President Donald Trump's administration has remained unusually quiet about this report, eliciting just one disapproving tweet from US Secretary of State Mike Pompeo, perhaps as the article came out on the day before the American Labor Day holiday.

This silence is surprising given how quick the US was to blame Iran for allegedly providing the hardware for the Yemeni Houthis' missile strike against Riyadh in November 2017.

The Reuter's exclusive has already elicited denials from both the Iranian and Iraqi governments, while on Monday the Israeli government declared it could attack such missiles. The fact that a single Reuters article could rachet up tensions in an already tense situation between Iran and Israel warrants a closer analysis of the veracity of the report.

While Iran has proliferated missile technology to proxies in the region, such as Hezbollah, the reports of such deployments in Iraq appear counter intuitive.

While deploying missiles to Iraq does send a message to the Trump administration after it pulled out of the Iran nuclear deal, this move would upset the European nations still committed to the agreement

From a military perspective, Iranian ballistic missiles in Iraq serve little purpose in terms of deterrence, as the Islamic Republic has demonstrated that its missiles can reach regional rivals such as Saudi Arabia from within Iranian territory, or Israel from within Lebanese territory.

From a political perspective, while deploying missiles to Iraq does send a message to the Trump administration after it pulled out of the Iran nuclear deal, this move would upset the European nations still committed to the agreement.

The Reuters' exclusive is based on interviews with unnamed or unspecified sources, referred to as "three Iranian officials, two Iraqi intelligence sources and two Western intelligence sources", who all corroborate that Iran has transferred short-range ballistic missiles to Iraqi proxies over the last few months, including allegations that Iran is training these militias to develop their own ballistic missile production capability.

Reuters' report indicates that tens of missiles, including the Zelzal, Fateh-110 and Zolfaqar missiles had been deployed to Iraq, with ranges of about 200km to 700km, "putting Saudi Arabia's capital Riyadh or the Israeli city of Tel Aviv within striking distance if the weapons were deployed in southern or western Iraq".

The Reuters report brings up Iranian-Saudi relations, and Iranian-Israeli relations, with Iraq as a staging ground for Tehran to pursue its regional strategy. However, in regards to relations between Tehran and Riyadh, the Islamic Republic has already communicated a veiled threat to the Saudi kingdom.

On 7 June 2017, Islamic State group (IS) conducted its first attack within Iran, killing 18 people in a standoff in Tehran’s parliament building. In retaliation, on 18 June the Iranian Revolutionary Guard launched six Zolfaghar ballistic missiles against IS targets in Syria's eastern province of Deir Ezzor.

Iran has its own forces and proxies in Syria that could have attacked IS targets. However, such an attack would have not the impact of a missile launch. While the target may have been IS, the Iranian missile launch sent diplomatic signals to Riyadh in the aftermath of Crown Prince Mohammed bin Salman's statement that Saudi Arabia would take its battle with the Islamic Republic inside Iranian territory – a statement which preceded the IS attack in Tehran.

The Iranian missile, with a range of 700 kilometers, could also reach major Saudi cities. In response to the Reuters report, Israeli Defence Minister Avigdor Lieberman warned on Monday that it could attack suspected Iranian missile sites in Iraq, as it has done in Syria.

One could argue the deployment is a symbolic message to the Trump administration, but this move would come at an inopportune time when Germany, France, and the UK are trying to salvage the deal

In 1981 Israel demonstrated that its air force had the means to conduct long- distance bombing raids in Iraq, when it destroyed an Iraqi nuclear reactor near Baghdad. A decade later, Iraq would be the staging ground for missile attacks on Israel, when during the 1991 Gulf war, dozens of Scud ballistic missiles were fired into Israel.

However, these past Iraqi precedents are relatively moot considering Iran has provided Hezbollah with ballistic missiles, something it does not hide as a warning to Israel.

When looking at two-dimensional maps of Iran’s missile ranges, or maps of any nation’s missile ranges, it is often easy to forget that ballistic missiles enter the atmosphere before descending on their target, and that the shortest trajectory are circular, just as with flight patterns.

Iran placing missiles in Iraq actually increases the trajectory and distance the missiles would have to fly to Saudi Arabia, as opposed to Iran launching missiles across the Gulf towards Saudi oil fields or Riyadh itself, and the missile arsenal of Lebanon’s Hezbollah could strike Israel quicker and more accurately.

What makes the Reuters report difficult to fathom is that the Iraqi militias in charge of these weapons are not a single unified force like Hezbollah with the training and discipline to handle these arms. The Shia militias are unlikely to have the training to operate ballistic missiles, particularly the complicated procedure of liquid fuelling these weapons.

One could argue that it is Iran's Revolutionary Guards who are in fact in control of these weapons. Yet ballistic missiles, like the Zolfagar, have to be transported and launched by a transporter erector launcher, large truck-like vehicles. From Tehran’s usually risk-averse behaviour, at least in Iraq, such missile launchers could be targets that could be detected, seized, or destroyed by US special forces in Iraq.

However, even this hypothetical scenario begs the question of how could the Iraqi government give Iran the blessing for this deployment as it violates the nation’s sovereignty and article seven of its constitution, which forbids Iraqi territory from being used a staging ground to attack another nation.

The Reuters' report indicates that Iran has set up three missile production sites in Iraq, one in Iraqi Kurdistan, which again raises the question of how both the Iraqi government and Kurdistan Regional Government would allow this to occur. Finally these are three fixed sites that could be open to an attack or sabotage.

One could make the argument that Iranian deployment of missiles to Iraq is a way for Tehran to hedge its bets, creating backup missile sites, however this would be in the unlikely scenario that its missile sites in Iran, Lebanon, and Syria were all destroyed.

Further, the deployment is a symbolic message to the Trump administration, but this comes at an inopportune time when Germany, France, and the UK are trying to salvage the deal.

Notwithstanding denunciations from the US, Israel and Saudi Arabia, Iran is a shrewd operator in the region. The Reuters' report contradicts Tehran’s relatively cautious behaviour when it comes to Iraq, especially at a delicate time when Baghdad is forming a new government.

The Islamic Republic would not want to jeopardise the chance for success of sympathetic candidates assuming office.

Photo: President Hassan Rouhani (L) sitting in the cockpit of the "Kowsar" domestic fighter jet, at the National Defence Industry exhibition in the capital Tehran on 21 August, 2018 (AFP)