Shahir Shahidsaless
It is not clear whether Iran will eventually accept the reforms proposed by the Financial Action Task Force (FATF), but it must act within fewer than 40 days to avoid being blacklisted 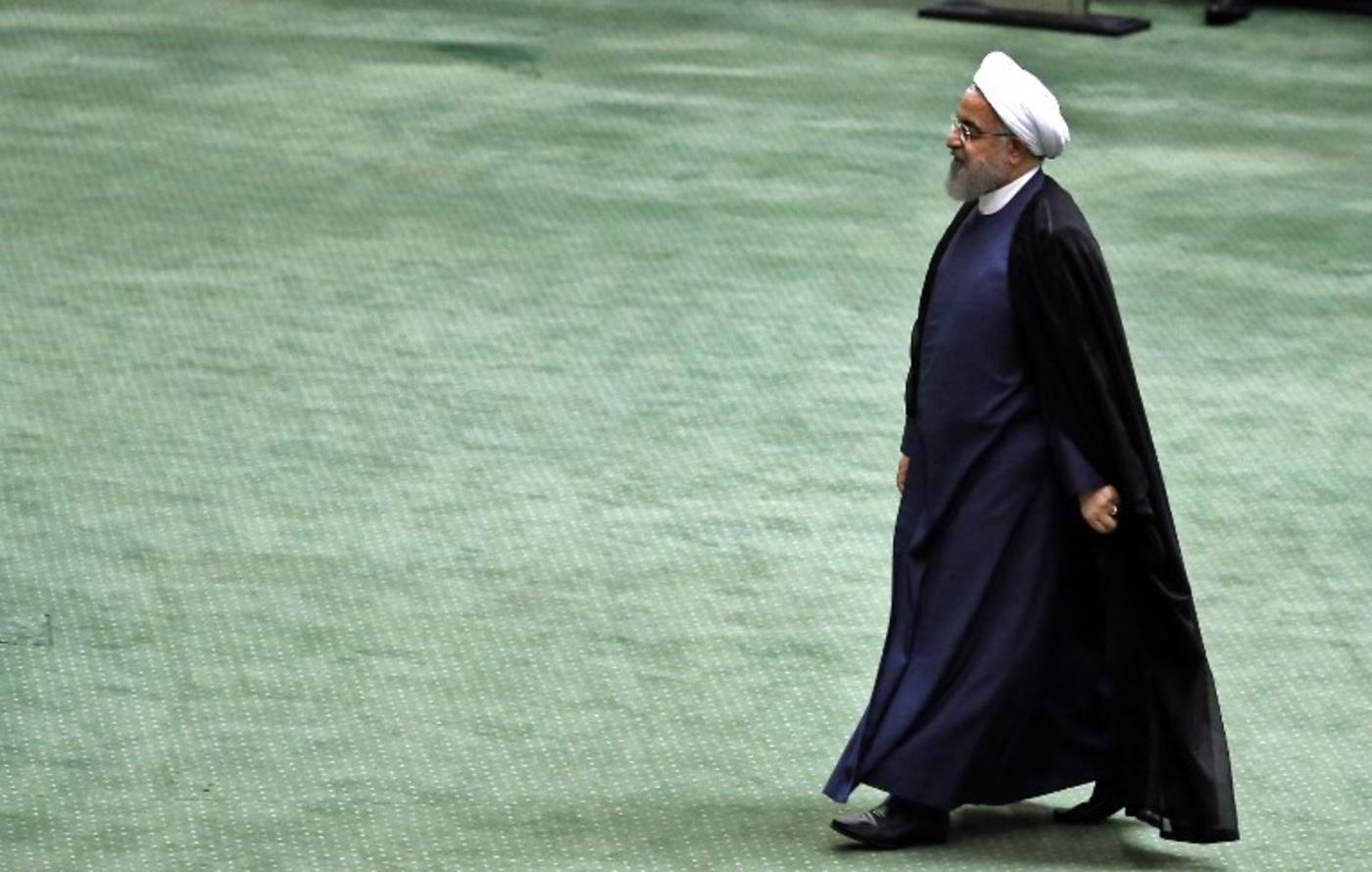 Not too far from the Eiffel Tower in Paris, at the headquarters of the 36-nation Organisation for Economic Co-operation and Development (OECD), is the secretariat of a powerful, influential, but little-known organisation.

The Financial Action Task Force (FATF), an inter-governmental organisation, was created by the G7 countries in 1989 to tackle money laundering. Today, the organisation’s objective is to convince countries to implement legal, regulatory and operational measures for combating money laundering and blocking the financing of terrorism and the proliferation of weapons of mass destruction.

As of today, according to FATF, 198 jurisdictions and countries have committed at the highest level to fully implement the organisation's recommendations. Countries' compliance with FATF's recommendations and the effectiveness of their systems to combat money laundering and the financing of terrorism are assessed by either FATF, or the International Monetary Fund (IMF) or the World Bank.

Among a wealth of information about FATF are three points worth highlighting (for more information see here).

Recommendation 29 (of 40) set by FATF maintains that countries should establish an independent financial intelligence unit (FIU) to receive and gather information on money laundering and terrorist financing, and to disseminate the results of its analysis.

It adds that the monitoring unit "should be able to obtain additional information from reporting entities, and should have access on a timely basis to the financial, administrative and law enforcement information that it requires to undertake its functions properly." It should also be able to "engage independently with foreign counterparts on the exchange of information (emphasis added)".

Second, FATF’s decision-making body, the plenary, meets three times per year. The next plenary meeting will be in October. Third, in a 29 June, 2018 public statement, FATF identified two countries that pose a risk to the international financial system: The Democratic People's Republic of Korea and Iran.

In other words, FATF counter-measures work like international sanctions, although the task force does not have the authority to impose sanctions.

One of the action items is ratifying and implementing the Palermo and Terrorist Financing Conventions. (The UN Convention against Transnational Organised Crime opened for signature by all states in December 2000 in Palermo, Italy.)

To fulfill FATF requirements and remove Iran from its "grey list", the centrist Iranian administration has proposed four bills to the country's parliament for approval. Two of the bills - an amendment on combating money laundering and affirmation of the Palermo Convention - are still undecided.

In the case of FATF, should Iran be blacklisted, not only the western countries, but also Russia and China would stop their dealings with Iran

In early August, the powerful Guardian Council, constitutionally tasked to review and approve legislation, rejected the Palermo bill passed by parliament. The council argued that the bill was inconsistent with the country’s constitution and Sharia laws.

There is an intense fight between the administration and its conservative opponents (the deep state) over adopting the financial reforms proposed by FATF.

Why are the opponents of adopting FATF standards so panicky?

First, the proposed financial intelligence unit’s authority as an independent and autonomous body that can carry out its functions freely, including making autonomous decisions to analyse, request and/or disseminate information, is an unheard-of phenomenon in Iran. The FIU does not take orders from any other authority, while it "should have access to the widest possible range of financial, administrative and law enforcement information".

Such a unit, with access to the widest possible financial information that it can share with other nations and international bodies, is indigestible for the conservatives.

Meanwhile, although in principle Iran does not disagree with the definition of terrorism proposed by FATF, it is asked to remove the exemption for designated groups "attempting to end foreign occupation, colonialism and racism" from its relevant bill.

Furthermore, Iran's leader, Ayatollah Ali Khamenei, and his conservative allies believe that approval of the Palermo bill might jeopardise Iran's financial assistance to the "resistance front", including Hamas in Palestine and Lebanese movement Hezbollah. The two groups are not listed by the UN as terrorist groups, but conservatives argue that they might be one day, under the influence of the US.

Iran’s banking system is plagued with vast corruption, including money laundering. Iran’s interior minister, Rahmani Fazli, once remarked, "Unfortunately, part of the money from smuggling of drugs enters politics and is used in election campaigns." There is strong resistance to joining the Palermo Convention from the powerful forces involved in smuggling and their backers in government.

The deep state fears that transparency in the banking system could sabotage efforts to circumvent US sanctions.

Considering the massive corruption in Iran’s banking system, opponents of adopting FATF policies argue that the country could be trapped in endless disputes followed by international sanctions during the assessments conducted by FATF. They say that the situation is similar to the quagmire that Iran was sucked into because it was a signatory to the Treaty on the Non-Proliferation of Nuclear Weapons (NPT).

If Iran had not been part of the NPT, the way Israel is not, they argue, it would not have been obliged to conform to its regulations and eventually face an endless chain of sanctions that the country is still suffering from.

The issue of joining the Palermo Convention faces an insurmountable obstacle after Ayatollah Khamenei attacked the bill with bitter criticism. "It is not necessary to join conventions the depths of which we are unaware of," he said on 20 June. He proposed that parliament create its own laws to combat money laundering and the funding of terrorism, rather than joining an international convention. He asserted that the Palermo Convention is "cooked up" by foreign powers.

Iran's negotiations team, which is involved in intensive talks with Europeans to counter US sanctions on Iran, has made it clear to the Iranian parliament that "if you want us to succeed in the talks with Europe, at least the four proposed bills must be ratified," according to parliamentarian Abulfazle Mousavi.

It is not clear whether Iran will eventually accept the reforms proposed by FATF. But what is clear is that the country must act within fewer than 40 days to avoid being blacklisted by FATF.

In any event, Iran faces a puzzling dilemma. If it does not comply with the FATF regulations, the whole Iranian banking system could become thoroughly isolated from the global financial system. This means that it would be almost impossible to transfer the country's oil revenue internationally and even into its national economy.

And if it does comply, it will face complications such as the creation of an FIU, becoming exposed to sanctions as a result of its chaotic banking system, greater difficulty bypassing US sanctions and, finally, risk getting trapped in allegations of financing terrorism.

As the rival camps, the centrists and the radicals, are busy with fierce factional infighting, it is not clear that the country has either the will or a plan that will allow it to weather this storm.

The views expressed in this article belong tomthe author and do not necessarily reflect the editorial policy of Middle East Eye.

Photo: President Hassan Rouhani arrives at the Iranian Parliament in the capital Tehran, on 28 August, 2018 (AFP) Culture
Of war and other demons: Tehran's anti-war exhibition