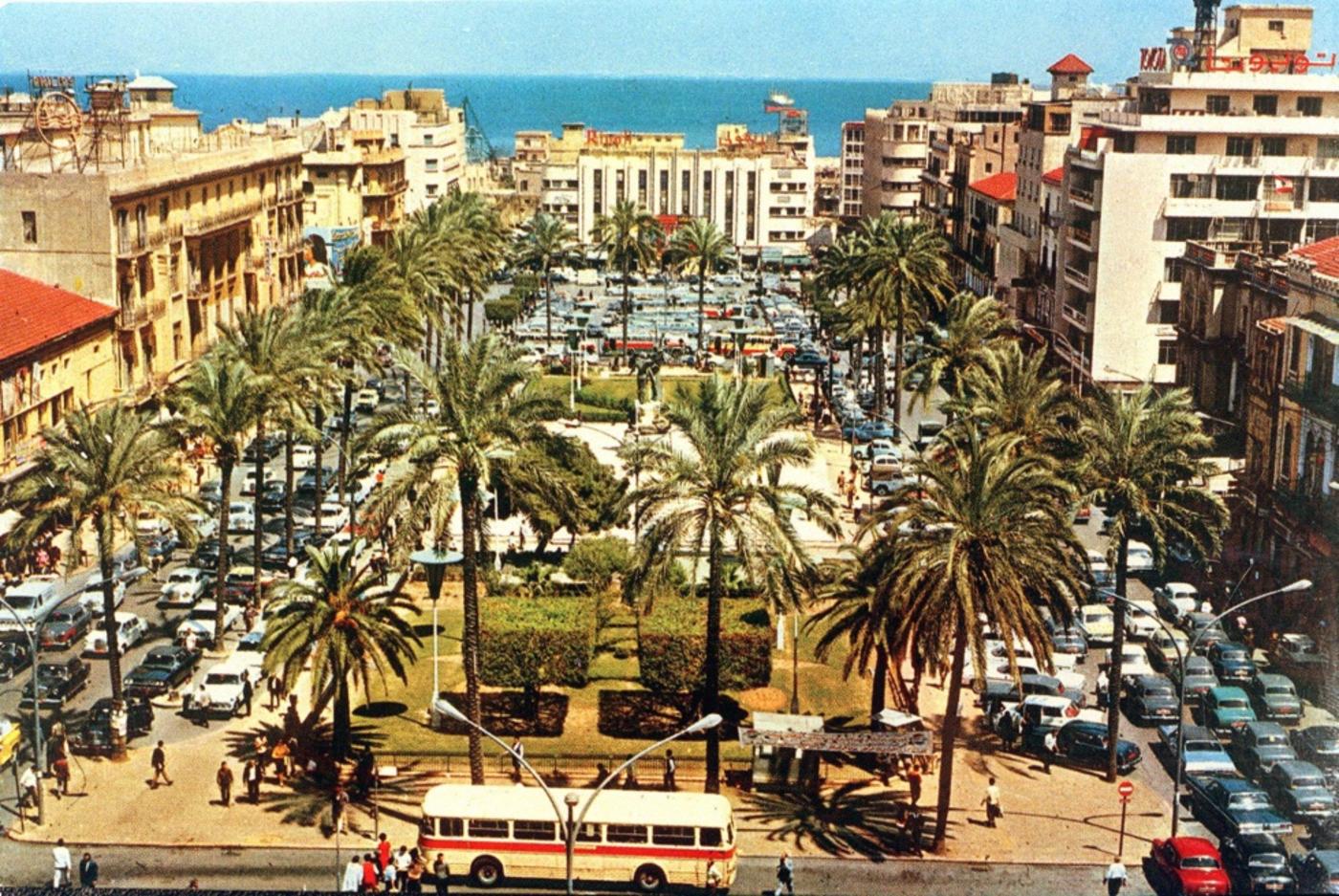 On the final Saturday in August, Horsh Beirut - the Lebanese capital’s largest park and pine forest - was open to the public for three hours.

This should have been anti-climactic news; after all, what is public space if not space intended for public use? But the park, which is practically the only green spot that catches one’s eye when looking at maps of Beirut, has in fact been closed to the majority of the city’s residents for over 15 years.

The park was devastated during the Lebanese civil war of 1975-1990, with much of the damage inflicted by the invading Israeli army in 1982. It was subsequently rebuilt in collaboration with the Île-de-France region, which comprises Paris and surrounding areas, and remained closed to allow replanted trees to grow.

Nagi El Husseini, previously a coordinator for the French municipality’s urban planning and development activities in Beirut, described to me the scenario that followed the completion of the park in the 1990s. At first, he said, only French citizens were permitted entry - a fitting tribute, no doubt, to Lebanon’s former colonial masters.

The list of permitted park patrons gradually expanded to include all foreigners, or at least all foreigners meeting the definition of human being as conceived of in Lebanese society. Ethiopian housemaids and Bangladeshi sanitation employees, for example, need not apply.

As could only be expected, elite Lebanese were able to exploit connections to gain entrance to the space, while a haphazard series of rules enabled persons over the age of 35 to apply for elusive entry authorisation.

Acknowledging the urgent need for public space in Beirut, El Husseini blames the delay in opening the park to the general population - as has been intermittently promised - on a variety of factors, chief among them political rivalries within the Beirut municipal council and the inability to construct a coherent policy.

The inertia is hardly surprising given that the municipality is apparently not even capable of constructing a website. The “Beirut Report” noted back in April that the city had thus far been offline for over three years; six months later, the site is still under construction.

Although exact figures are unpublished, the municipality’s annual budget and reserves are rumoured to exceed $1 billion. The “Beirut Report” laments the non-deployment of funds on behalf of the public good:

“Surely $1 billion is enough to buy some green space for [Beirut’s] exhaust-choked residents. Yet the biggest park is closed to the public and the city council watches as developers eat the last swathes of open space, such as the new Verdun mall going up.”

Other recent episodes in the campaign against public space include sealing off the Daliyeh port next to Beirut’s emblematic Pigeon Rocks - an area that for decades served as a site for family picnics and other forms of escape from the oppressiveness of daily existence in Lebanon.

Acquired by companies belonging to the Hariri political dynasty, the land is now slated to host a luxury resort. In addition to complicating the livelihoods of area fishermen, the turn of events is actually a violation of a Lebanese law that popular access to the sea must not be encumbered by development.

But laws have never posed much of an obstacle to profit in contemporary Lebanon, and the littering of the coastline with prohibitively expensive establishments has ensured that much of it can be enjoyed only by the country’s wealthy minority.

The same approach sanctifying the exclusivity of space was also used in the post-civil war reconstruction of Beirut’s city centre, spearheaded by the Solidere firm. In yet another example of the shameless overlap between business and politics in Lebanon, the company was founded by the assassinated former prime minister, Rafik Hariri, patron saint of privatisation.

The result of reconstruction efforts: an aseptic downtown bereft of any inkling of personality, but with plenty of security and opportunities to spend money.

Yaseen Taha, an Iraqi urban planner and researcher based in Beirut, outlined to me the discrepancy between the purported Hariri-Solidere vision and reality:

“The claim on the company’s part was that regeneration of this area would retain its status as a space for all Lebanese at a time when the country was in need of reconciliation. What happened instead is not a space where Lebanese can meet regardless of their socioeconomic backgrounds but rather a real estate development where the ability to pay determines one’s access.”

Earlier this year, the renovation of Beirut’s Sanayeh park was completed at a cost of $2.5 million to the Azadea Foundation, an NGO linked to the Azadea Group, a major fashion and lifestyle retail company.

An article in Lebanon’s “Al Akhbar” newspaper describes the arrangement as “the local manifestation of a global neoliberal project that requires the assistance of corporations seeking to soften their image through the mantra of social responsibility.”

Citing complaints of over-policing by private security guards at the park and the imposition of excessive behavioural limitations, the article’s authors argue that, in this case, the notion of “giving back to the community” distracts from the fact that “this same community is coming under increased policing and surveillance for the sake of having access to spaces that supposedly already belong to them.”

In the case of Horsh Beirut, meanwhile, a variety of excuses have been offered for not giving back to the community. Politicians claim that, were the park open to the public at large, it would promptly become a den of vice and shisha smoke or an arena for sectarian fighting, and that maintenance responsibilities are too great.

The massive influx of Syrian refugees into Lebanon will also presumably facilitate the indefinite shuttering of the place, lest it be taken over by migrant hordes upon which the Lebanese state looks none too fondly.

When the park opened for a whopping three hours last month under pressure from the Lebanese NGO Nahnoo, police reportedly blocked certain journalists from entering - a shrewd move, no doubt, if the goal is to keep Beirut residents from figuring out that there’s a huge pine forest in their midst.

Lonely Planet, it seems, didn’t get the memo, and its travel website characterises Horsh Beirut as a “cool, deliciously green respite from the city” that has been “newly opened to the public.”

Having suffered disproportionate exposure to conflict, air pollution, and other asphyxiating phenomena, Beirutis could certainly do with a respite. Furthermore, Horsh Beirut’s location at the intersection of Sunni, Shiite, and Christian areas means it could in fact foster a sense of community rather than antagonism - prospects Lebanon’s perverse sectarian system would rather avoid, as social cohesion only poses a threat to the powers that be.

By disappearing public space, you also disappear public identity, which in Lebanon is already fractured along socioeconomic and sectarian lines. On the off-chance these lines start to blur at some point, the elite may find that it’s never too late to convert a park into a mega-mall.