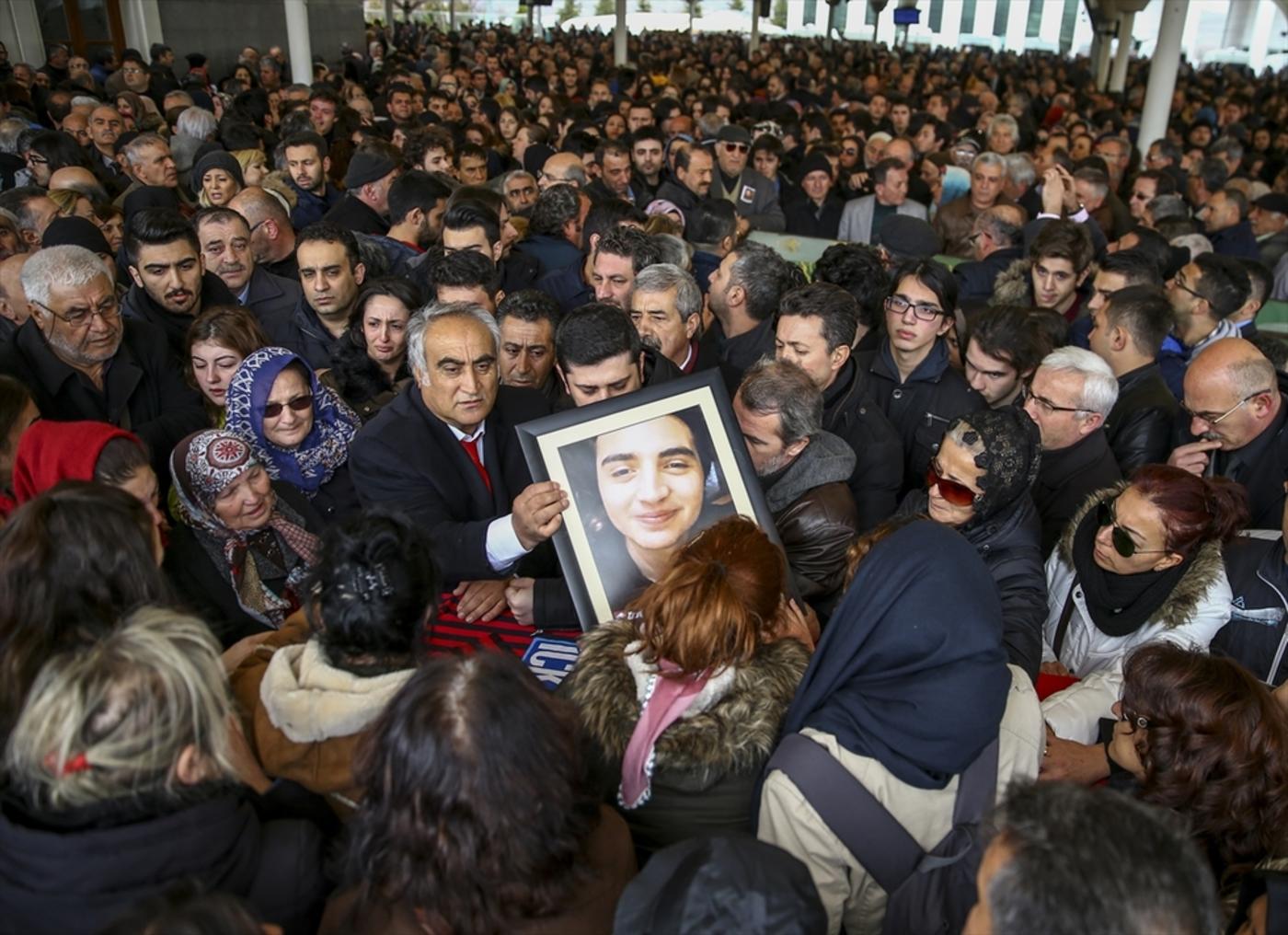 The Turkish capital of Ankara has been hit for the third time in the last five months. Two of attacks were carried out by Kurdish militant groups, designated as terrorists. The third attack was by the so-called Islamic State, also branded as a terrorist organisation by Turkey.  Just as IS is not a true representative of Islam, Kurdish terrorists must not be viewed as representatives of the predominately peaceful Kurds.

International media outlets keep wrongly portraying Turkey's war with PKK militants as a battle against the Kurdish community of the country. In addition, there have been few examples of solidarity with Turkey as it faces this ugly inhuman terror. Even in the world of diplomacy, the first state-level messages of condemnation for Sunday's attack came from Turkey's current foes - Russia and Israel – and not its NATO allies.

These allies – and their hostile press – have forgotten about the multiple terror assaults against Turkey. The twin suicide bombing in Ankara by IS on 10 October killed 102 people and was the deadliest attack in the history of republic.

On 17 February, Turkey fell victim to another terror attack, this time carried out by a member of the Kurdistan Freedom Hawks (TAK), a splinter group from the militants of the Kurdistan's Workers Party (PKK).

The attacker, who joined the ranks of PKK’s Syrian affiliate, the People's Protection Units (YPG) – which is backed by both the US and Russia – introduced himself to Turkish immigration management office in Gaziantep as a Syrian Kurdish refugee. He killed 29 people at a location meters away from headquarters of the General Staff and Defence Ministry in Ankara.

The third and latest Ankara attack was carried out by the PKK. In less than 24 hours, several media outlets reported that the attack was carried out by 24-year-old Seher Cagla Demir. She was a student from Balıkesir Univeristy and according to her father’s testimony; she cut contact with her family three years ago. Another important point about her is that she was standing trial on charges of PKK membership and propaganda. Her solicitor was lawyer Huseyin Bogatekin, who is also lawyer of PKK’s jailed leader Abdullah Ocalan.

PKK signalled it was coming

Following the 17 February Ankara attack, senior PKK leader Duran Kalkan said Turkey would face thousands of Ankara-like bombings. "We have seen this rage in Ankara. This might be a thousand, not a single one…This March is the start of a big resistance," adding the upcoming spring will become the "Kurdish spring".

This PKK leader who talks about a Kurdish spring – like many other senior militants – is not Kurdish himself and solely embraces the organisation for its communist ideology.

Only two days before Sunday's attack, the PKK announced that it joined forces with eight other communist groups to form a new alliance called the "Peoples' United Revolution Movement" (HBDH). In a video publicised by the group, Kalkan is heard announcing that the alliance was established to "unite powers to strengthen the revolution” that includes “armed struggle against Turkey".

German weekly Der Spiegel interviewed some PKK militants in Turkey’s southeast and reported that the region is waiting for the spring: “the real war will be waged then”. Suffering from air strikes in its hideouts in northern Iraq’s mountains and operations in curfew-imposed districts, the PKK prepares for a total war in the spring as a last resort.

Who ended the ceasefire, shifted clashes into cities?

Utilising the problems in Syria and the threat of IS, the PKK officially declared that it ended the ceasefire with the government on 11 July, and started their armed campaign in Sanlıurfa by killing two police officers in their home as they slept.

Since the expansion of IS, the PKK and its affiliates in Syria and Iraq have been presented as “freedom fighters” by many media outlets. By being secular and having many affiliates with different names, the group had all sorts of opportunities to attract support in the name of fighting IS in Syria. The YPG started to receive heavy military support from the United States.

The PKK’s violations of the ceasefire – including 720 bombing attacks during the reconciliation process – paved a way for it to re-start its war on Turkey, but this time not only in rural areas and mountains but also in urban areas by digging ditches and setting up barricades.

The government took serious measures to clear out PKK militants from southeastern districts and started imposing curfews in some regions in December. Several districts had been cleared of the PKK and there are still curfew-imposed areas. Since 2 December, security forces have killed many PKK militants and destroyed thousands of their explosives as well as dismantling their ditches and barricades.

It appears that that from 7 June 2015 to 19 February 2016 the PKK and its affiliates called for a Kurdish uprising at least 118 times and did not receive public support.

Turkey’s Kurds, a lot of whom are practicing Muslims, always kept their distance from the PKK not only for its extremist ideology but for its indiscriminate attacks that could have no rational explanation. From the days of being not even allowed to own a Kurdish music tape in their homes, Turkish democracy grew in recent decades and Kurds started to feel once more what it means to be citizen of the country.

HDP in the balance

Opinion polls show that the public sees the supposedly pro-Kurdish Peoples' Democratic Party (HDP), which has seats in parliament, as siding with the PKK. Around half of HDP's deputies come from hard-line “revolutionary” Marxist organisations and are not Kurds themselves. Because of their lenient attitude towards PKK terror, they lost over a million voters to the ruling Justice and Development Party (AKP) last November. If another election is held, it is very likely that they'd lose even more seats.

People, outside of Turkey especially, don't know or don't want to know of the strong support that AKP enjoys from Turkish Kurds.

Instead of pushing for a political solution within parliament and condemning the PKK, the HDP opted to act as if it is the indirect spokesperson of those who send suicide bombers to the cities. Following the February attack, the HDP refused to sign a joint declaration condemning terrorism which was signed by all the other three political parties in parliament.

Put condemnation aside, a parliamentarian from the HDP, Tuba Hezer, joined the condolences ceremony for last month's suicide bomber Abdülbaki Sönmez. "The PKK has the power to drown Turkey in its spit," HDP Hakkari deputy Abdullah Zeyden said during an election rally. Ziya Caliskan, an HDP deputy from southeastern Sanlıurfa province, attended the funeral ceremony of one of the two PKK terrorists who attacked the police station in Adana.

As for Sunday's attack, the HDP condemned the attack but not the perpetrators. Nevertheless, the condemnation received more international media coverage than the visits to PKK funerals – in line with the Western media's love affair with the HDP. But on Tuesday, the HDP again refused to sign a "joint declaration" against terrorism, signed by all the other parties in parliament.

In Turkey, public opinion is not too forgiving of HDP co-chair Selahattin Demirtas, who in September questioned Turkey's counterterror operations, saying: "What will you solve by bombing all provinces, just because a few youth took up arms?" He received harsh public reaction for justifying youngsters carrying weapons on the streets.

Demirtas also stood silent when over 350 Kurdish mothers protested outside one of their municipality building, demanding the HDP to make PKK release their kidnapped children whose future and life is taken from them.

Unlike IS, where the world rightly condemns its recruitment of child soldiers, the international community seems to be less concerned when Kurdish children are tasked to fight for the PKK or for its other linked groups. They think they are doing the Kurdish cause a favour by burying news of the abuse that Kurdish children are undergoing at the hands of PKK militant leaders.

HDP's other co-chair, Figen Yuksekdag, also praised the PKK and described it as "a national liberation movement and also an organisation that stands for democracy and equality." HDP Izmir deputy Ertugrul Kurkcu refused to condemn PKK terror attacks on Turkish security forces.

Kurds who voted for the HDP did not want the party to be a tool for the PKK, but rather represent them in parliament with dignity.

Iraqi Kurds side with Turkey

The PKK's headquarters is in northern Iraq but it is also not welcomed by the Kurds there. Iraqi Kurdistan Regional Government (KRG) President Massoud Barzani blamed the PKK for ending the peace process and that it should vacate their soil.

Not all Syrian Kurds are with YPG

As for Syrian Kurds, the PKK’s Syrian affiliate PYD and its armed wing YPG took advantage of the chaotic atmosphere in the country and forced 13 different Syrian Kurdish parties outside the country and took control of Kurdish areas.

The group is believed to represent around 15 percent of Kurds and those who oppose their rule are either jailed or forced to leave the country. Professor Mustafa Muslim, who is the brother of PYD leader Salih Muslim, is among thousands of people who escaped his home town of Kobani for rejecting the PKK’s ideology.

Muslim, who continuously accuses Turkey of supporting IS, contradicted himself when the first Ankara bomber was discovered to be a PKK militant who fought for YPG. He said his group has no responsibility for the attack and related the bombing to "Turkey's anti-IS fight".

In the upcoming weeks, Turkey’s agenda will see a continuation of military operations in southeastern districts as the militants dig ditches and the PKK's supporters come up with a front page headline of 'You cannot delay the spring” in their newspapers, hours after the Ankara attack.

Thousands of houses were heavily damaged in the past four month’s operations and many of them were reportedly looted by militants. The government announced that it is not going to disown the area and will compensate for the losses of those who suffered from terror in the region.

Kurdish citizens of Turkey – like all other components of the country – have every right to seek more rights and better living conditions but this is not what PKK or their affiliates and mouthpieces are fighting for. What is it that they are literally dying for? A foreign ideology maybe but certainly not people's rights. If you live in areas under militant control, you know they allow little freedom or rights. And God help you if you disagree with them. 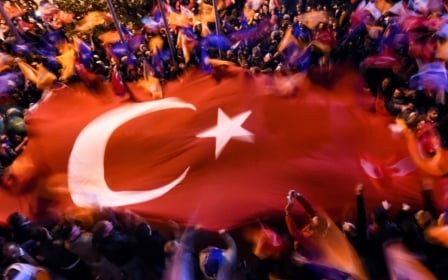 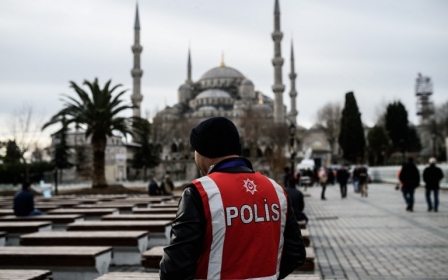 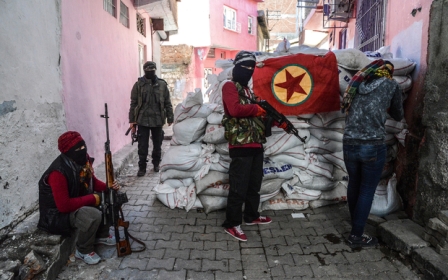