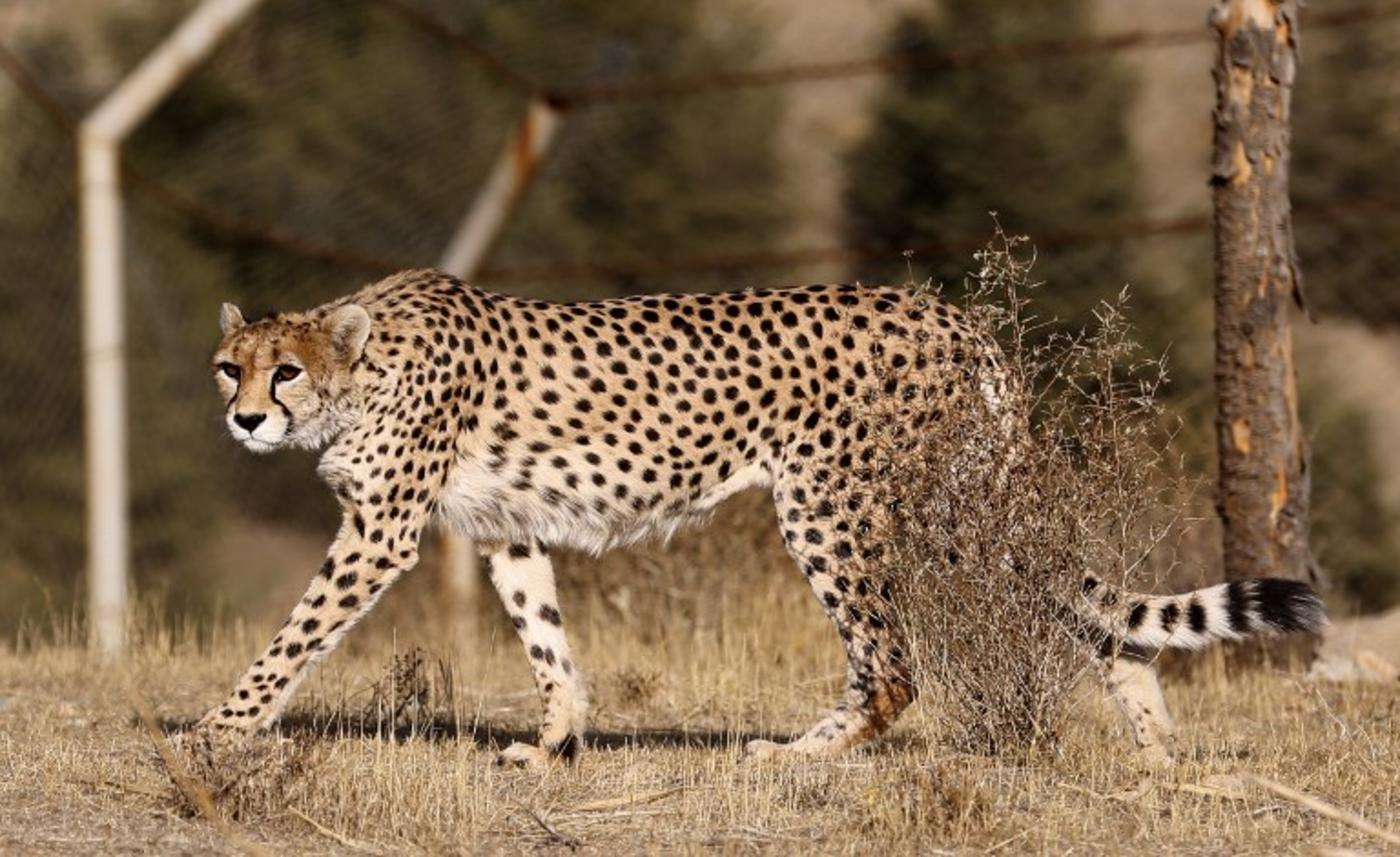 Biodiversity - the variety of life in all its forms - does not often make the headlines, but without it, we are all doomed.

This week, a major UN conference on biodiversity got underway in the Egyptian tourist resort of Sharm el-Sheikh. Delegates from 196 countries were on track to hear some depressing news, with the latest figures compiled by the World Wildlife Fund (WWF) showing a staggering 60 percent decline over the past half-century in the global populations of mammals, birds, fish and reptiles.

"We are sleepwalking towards the edge of a cliff," Mike Barrett, the executive director of science and conservation at WWF, told The Guardian. "This is far more than just being about losing the wonders of nature ... This is actually now jeopardising the future of people. Nature is not a 'nice to have' - it is our life-support system."

Delegates at the UN conference in Egypt will not have to look far for evidence of ongoing biodiversity loss. The corals of the northern Red Sea around Sharm el-Sheikh and the Gulf of Aqaba are among the richest natural habitats on earth, home to more than 1,000 species of fish and 250 different types of coral.

Red Sea corals have shown remarkable resilience in the face of rising temperatures and climate change. But haphazard tourist development, the dumping of waste in the sea, overfishing, and the use of explosives by fishers have all done serious damage to this rich area of biodiversity.

Forests of mangroves and sea grass, which sustain a wide variety of sea life and act as a bulwark against sea level rise and storm surges, have disappeared

In addition, oil exploration, outflow from desalination plants and the rapid growth of industrial and leisure development projects along the Red Sea coast and around the Gulf have decimated not only fishing stocks, but plants, bird species and other wildlife. Forests of mangroves and sea grass, which sustain a wide variety of sea life and act as a bulwark against sea level rise and storm surges, have disappeared.

Coastal and inland wetlands are being destroyed in the rush to develop. Wetlands are often described as the "Earth's kidneys" for the way they purify water. They also perform other vital functions, supporting a wide variety of flora and fauna and acting as a "carbon sink," absorbing vast amounts of climate-changing greenhouse gases.

In the United Arab Emirates (UAE), vast reclamation schemes, such as Dubai's Palm Islands and World Islands, have altered the geography of the coast and profoundly changed wave patterns. In the process, marine ecosystems have been destroyed. The multibillion-dollar World Islands project, begun at the turn of the century but mothballed when the 2008 financial crash hit, has been resurrected, but is still far from complete, with reports that some of the islands are sinking back into the sea.

The UAE's activities in Socotra, a chain of islands off the coast of southern Yemen, have also caused concern among ecologists. Socotra, Yemeni territory that has been covertly taken over by the UAE in recent years, is a UNESCO world heritage site and one of the most biologically diverse areas on Earth, often referred to as the "Galapagos of the Indian Ocean".

An estimated 40 percent of the plants on Socotra, including the famous dragon's blood tree, and 90 percent of its reptiles are found nowhere else on Earth. There are allegations that the UAE has been removing precious flora and flora from the islands, and that it intends to turn the territory's pristine beaches into tourist resorts. In recent years, Socotra’s 60,000-strong population, along with its rich biodiversity, has been hit by a series of cyclones.

After complaints from Yemen that the UAE was seeking a complete takeover of the islands, many UAE soldiers based there left earlier this year, to be replaced by Saudi forces.

Nature has remarkable resilience, and there may still be time for species to recover and habitats to be restored. But in many areas, a combination of factors - including climate change, land and water mismanagement, and political and military conflict - are causing ever greater biodiversity loss.

In parts of Iran and the marshlands of southern Iraq, the situation is fast becoming both an environmental and human catastrophe. According to Iran's department of environment, more than half of the country’s wetlands - amounting to an area covering more than one million hectares, once teeming with fish and birdlife - have dried up due to a prolonged drought and misuse of water resources. Lakes and swamps have disappeared, and rivers have gone, replaced by dustbowls.

Rare species, such as the Persian leopard and the Asiatic cheetah, are threatened with extinction from road building and development - particularly related to the oil and gas industries. Wildlife experts say that only 50 Asiatic cheetah still survive in the wild.

Large areas of farmland have become infertile. Buffaloes, bird life and fish are dying. Reeds and other plant life are being destroyed

Biodiversity problems are even more severe in Iraq around the southern city of Basra, where marshlands have sustained a unique way of life for thousands of years. The marshlands, where the mighty Tigris and Euphrates rivers meet and divide into dozens of channels, once covered an area of more than 20,000 square kilometres and were home to at least half a million people.

In the early 1990s, Saddam Hussein dammed and drained the marshes after tribespeople backed a Shia uprising against his Baathist regime. After Saddam was toppled, locals tore down the dams and dykes and brought life back to the region.

In 2016, UNESCO designated the marshes as a world heritage site and a "refuge of biodiversity". More than 250 bird species have been recorded in the marshes, with some, like the Basra reed warbler and the Iraq babbler, only found in Iraq.

Now, once again, the dense channels and waterways of southern Iraq are under threat. A severe drought, misuse of water resources by the Baghdad government and dams upriver across the borders with Iran and Turkey have severely reduced water levels in the Tigris and Euphrates.

As water levels have plummeted, salinity has increased dramatically due to evaporation and saltwater intrusion from the Gulf. Often, because of salinity and pollution, there is little or no drinkable tap water in Basra. During a prolonged summer drought, thousands were hospitalised with water-borne diseases.

Large areas of farmland have become infertile. Buffaloes, bird life and fish are dying. Reeds and other plant life are being destroyed. Several people have been killed as protests have erupted over government ineptitude and the lack of basic infrastructure and jobs in the oil-rich province.

The conference in Sharm el-Sheikh is being held under the auspices of the UN Convention on Biological Diversity.

"The loss of biodiversity is a silent killer," the convention's executive director, Cristiana Pasca Palmer, told The Guardian. "By the time you feel what's happening, it may be too late ... I hope we aren't the first species to document our own extinction."