Egypt: Sisi's prison plan rubs salt in the wounds of thousands in jail

Rania al-Malky
It's ironic that Sisi wants to model Egypt's 'new and improved' prison facilities on the US system, which is replete with modern forms of slavery and unjustified mass incarceration 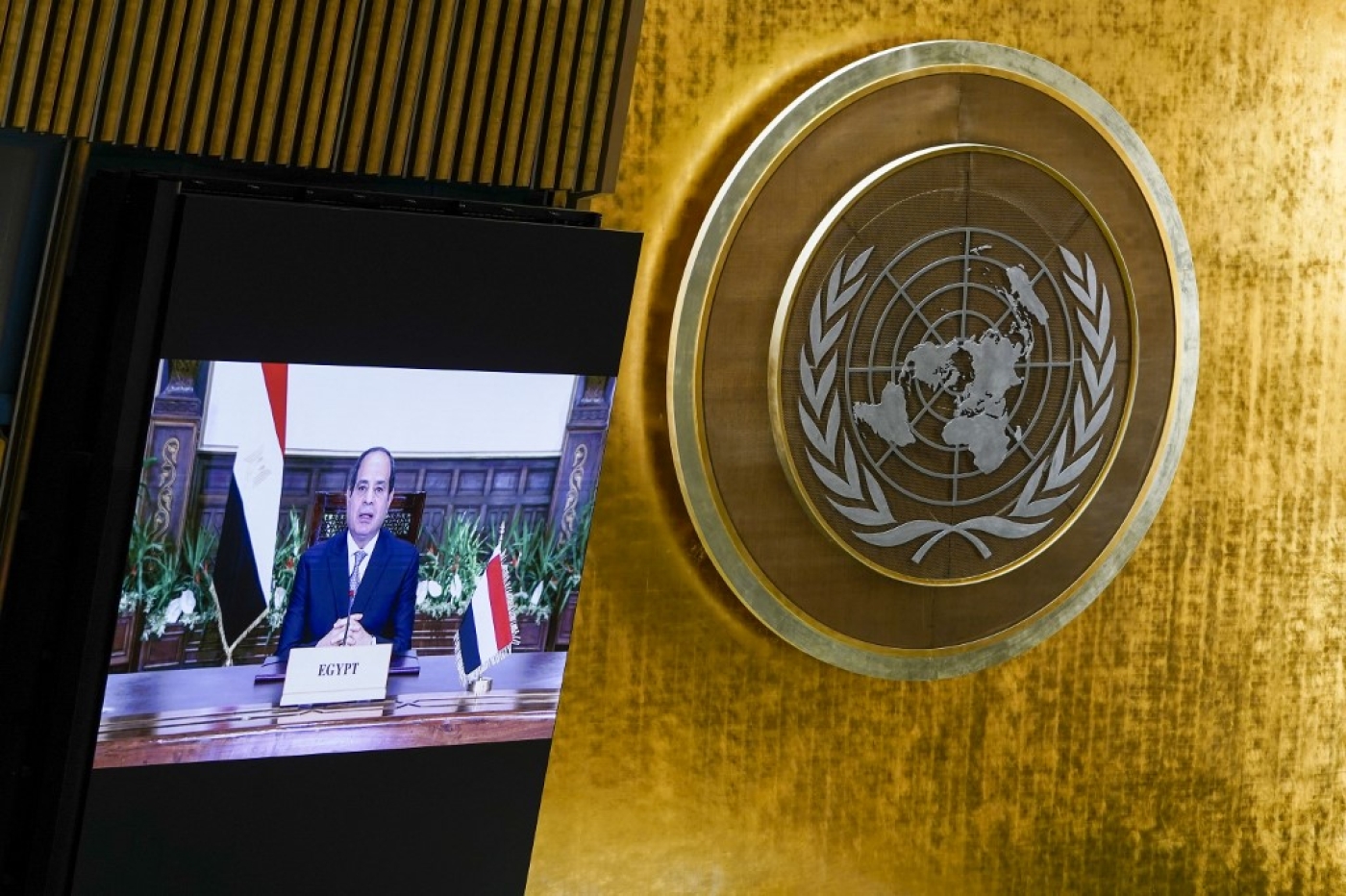 The irony was not lost on the tens of thousands of Egypt’s political prisoners and their families.

What about the thousands of detainees languishing behind bars today? Where do they fit into Sisi's utopian vision?

It is a truth universally acknowledged that the bigger the lie, the more people will believe it. The human rights ceremony kicked off with a “documentary”: an immaculately scripted narration, complete with drone footage, sweeping cinematic camera work, and smiling, happy people, asserting their demands for equal citizenship rights, free from daily discrimination.

The eight minutes of documentary fiction pack it all in. A Christian woman demands the freedom to practice her faith; a little girl demands an education; a boy asks for protection from all forms of violence. They even slip in a prisoner demanding rehabilitation as he diligently goes about his daily chores at an impeccable incarceration facility.

Throughout, the narrator lists unprecedented achievements, intentionally bracketed with the military’s relentless efforts to rein in evil terrorists: revised religious curricula, increased female representation in politics and the judiciary, laws protecting children, interfaith harmony, and affordable housing for young, happy couples. The cherry on top is a sequence on how the constitution guarantees freedom of expression online, in print and on the air.

Side note: more than 630 websites are blocked in Egypt, including 118 news media outlets and 16 concerned with human rights issues.

Meanwhile, in a parallel universe, the abysmal conditions of Egyptian prisons are well-documented, including systemic torture of prisoners enabled by a slew of mass arbitrary detention policies, with no recourse to due process; cruel and inhuman conditions, ranging from lack of access to clean water and food, to prolonged solitary confinement, to limited healthcare access and even the withholding of medication.

According to a 2020 report by the international human rights NGO network Ifex, 917 prisoners died in places of detention in Egypt between June 2013 and November 2019, with a drastic increase in 2019. The report notes that 677 of these deaths were caused by medical negligence, and 136 by torture.

An independent panel of UN experts reportedly described the sudden collapse in court, and eventual death, of Egypt’s only democratically elected president, Mohamed Morsi, in 2019 as a potential form of “state-sanctioned arbitrary killing”.

Morsi was held incommunicado for weeks after his removal in a military coup led by then-army chief Sisi on 3 July 2013, a year into his term in office. A special UN rapporteur described the denial of life-saving care to Morsi, a diabetic who also suffered from hypertension, as intentional.

Morsi’s dramatic public demise was a symptom of the deliberate negligence suffered by an estimated 60,000 political prisoners in Egypt. Since the 2011 revolution, the number of prisons in the country has soared to 78, up from 43, according to an April 2021 report by the Arabic Network for Human Rights Information. Yet, the expanded capacity has not improved prison conditions and facilities.

Fast-forward to September, and within the span of a single week, the regime launched its picture-perfect human rights initiative, crowned a few days later by Sisi’s announcement of plans to kick-off a cluster of up to eight “full American-style” prisons across the country - emphasising, in every public appearance he makes, that there are no human rights violations in Egypt.

Let’s unpack this. In a bid to allay international concerns (not local ones; remember, there are no human rights issues in the cradle of civilisation) about Egypt’s deplorable human rights record, Sisi is aiming to nip in the bud that thorn in his side that costs him the annual embarrassment of withheld US military aid. But instead of overhauling a broken justice system that has led to the incarceration of thousands of presumably innocent people, whose sole crime was their opposition to his regime, he has instead done what he does best: put lipstick on a pig.

He will build state-of-the-art facilities where inmates can run around and play to their heart’s content, while ignoring the most fundamental violation of all: that these people do not belong in prison.

To rub even more salt in the wound, Sisi references “American-style” prisons as the gold standard of humane penal servitude, albeit with good meals and lots of sunshine. Perhaps he’ll even throw in a basketball court for good measure.

Someone needs to tell him about Ava DuVernay’s 13th, and numerous other award-winning documentaries that take on the horrors of the US prison industrial complex - a rallying cry for the new wave of civil rights grassroots activists in “the land of the free”, whose prisons hold 25 percent of the global inmate population.

It’s ironic that Sisi wants to model Egypt’s “new and improved” facilities on a system replete with implicit and explicit human rights violations, modern forms of slavery and unjustified mass incarceration, as opposed to a criminal justice system that prioritises human rights over political and financial gain.

What about the thousands of detainees languishing behind bars today? Where do they fit into Sisi’s utopian vision? When will they have their day in court and be represented fairly, with their legal rights guaranteed? What is their restitution for a life wasted, away from their children and their families?

Mr President, does your sparkling initiative include a paragraph or two about reconciliation and compensation to the families of those who died in your prisons? Do you remember their names?

The damage is done. Unless this regime takes a long, hard look at itself in the mirror and finds a way to atone for its ongoing sins, no amount of lipstick on this pig will change the reality on the ground. Resolving the issue of Egypt’s political prisoners is key to any long-term vision for a democratic state governed by the rule of law and respect for human and civil rights.

It’s often said that ignorance will fade over time, but it takes hard work to remain stupid. There’s lots of hard work going on at Egypt’s presidential palace. 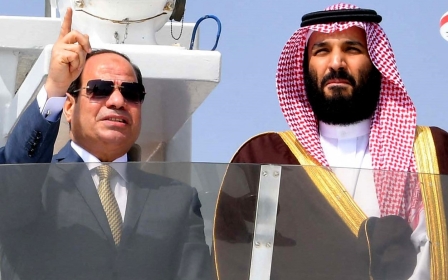 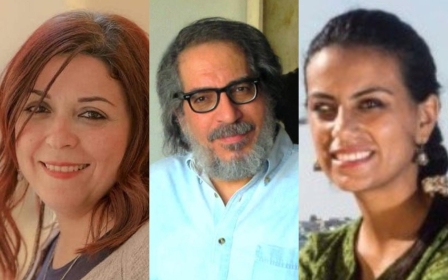 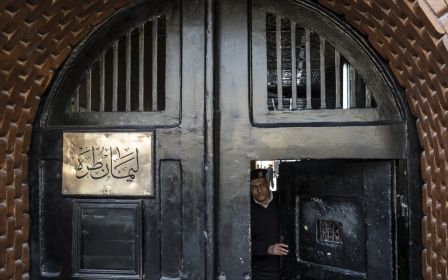