The end of Hezbollah as we know it 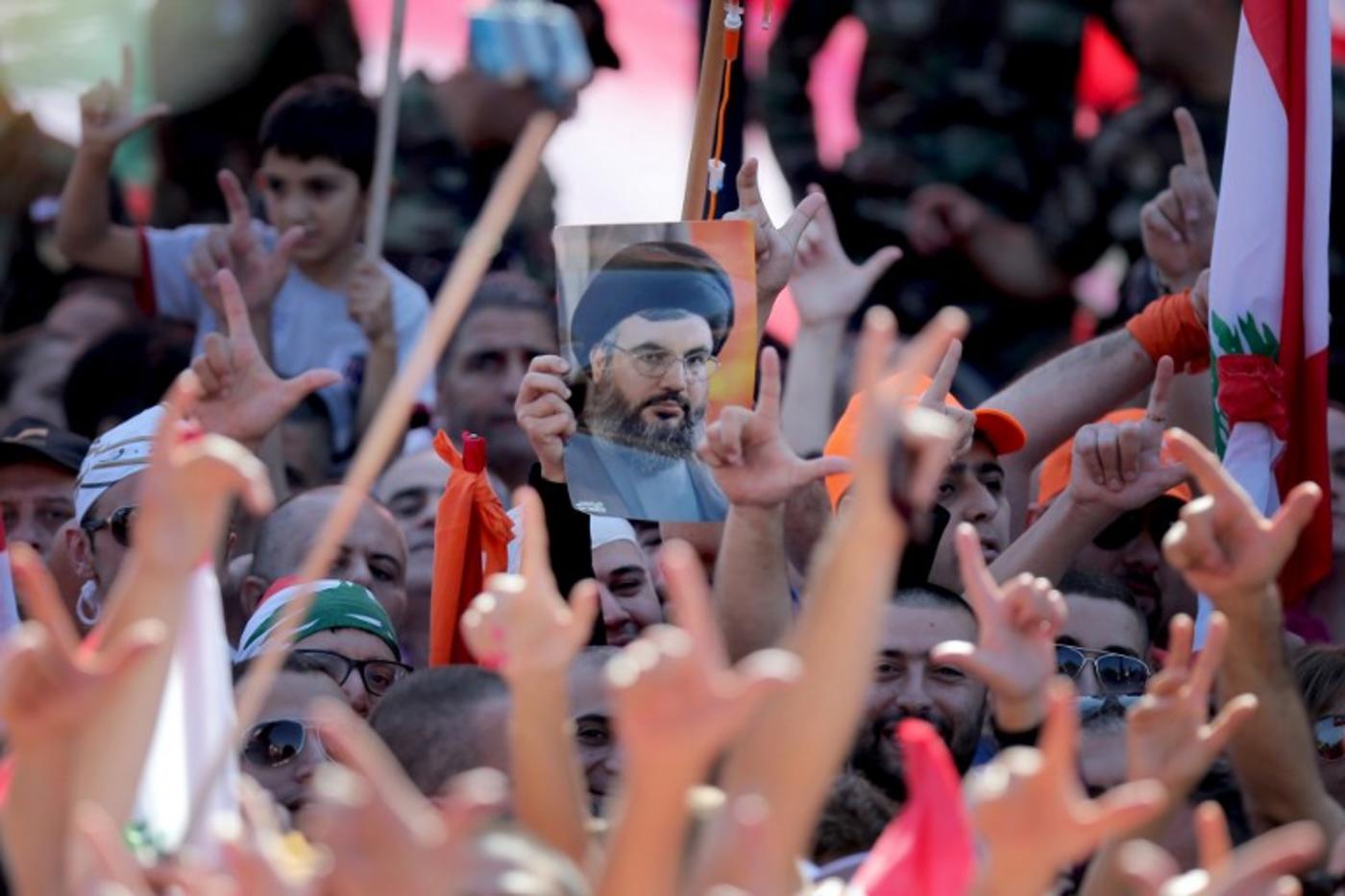 Hezbollah’s recent military spectacle in the Syrian city of Qusayr has provoked a series of speculations and explanations of the true nature and timing of this imaginary tour de force.

Most of the media fuss that this incident generated focused on Hezbollah’s display of two somewhat archaic American-made armoured personnel carriers (APC M113).

READ: The unholy alliance that would make Rafik Hariri turn in his grave

Consequently, this has led some misinformed sources to accuse the Lebanese army of misusing American military aid and funnelling these weapons to the Iranian-backed Lebanese militia.

But this interpretation is largely a red herring as it misses the real implications of this not-so-innocent military pageant: Hezbollah, fully immersed in the ongoing Syrian conflict, is in dire needs of such displays of muscle flexing to justify the casualties they are sustaining.

The start of the recent assault on Aleppo has noticeably increased the numbers of caskets of fallen Hezbollah fighters returning to their villages to be laid to rest, making such a parade a more pressing matter.

Consequently, and faced with this somewhat bleak and absurd sequence of events, Hezbollah’s senior leadership, by organising this Soviet-era parade, wished to address its people and urge them to further commit to the ongoing struggle which would ultimately yield a final victory, similar to the one they won in Qusayr in 2013.

A reminder to Hariri

More importantly perhaps is the choice of location, as Hezbollah’s win in Qusayr three years ago was to secure its eastern flank in Lebanon and to stop attacks on the many pro-Hezbollah Shia villages across the border.

This is particularly relevant as it is a reminder to the next Lebanese Prime Minister Saad al-Hariri of the inevitability of recognising Hezbollah’s role as the country's protector against foreign elements, be they Israeli or, in the case of Qusayr, Syrian.

Successive Lebanese cabinets have always recognised Hezbollah as being a legitimate defender of the Lebanese people. However, this has been seriously compromised as a result of Hezbollah’s transgressions both locally and in Syria and Yemen as it has clearly implemented its Iranian agenda.

It is no coincidence that some of Hezbollah’s mouthpieces have recently flooded the media demanding that the upcoming ministerial platform clearly reaffirms the so-called Lebanese trinity of “People, Army, Resistance”.

Despite its obvious disregard for state sovereignty, Hezbollah still needs the various state institutions, primarily the parliament and the cabinet, to hide behind a facade of legitimacy which it exploits to advance its military endeavour.

Be that as it may, Naim Qasim, Hezbollah deputy secretary general, was quoted by As-Safir daily as saying “now we have a trained army which is as a clear message from Hezbollah to everyone”.

Despite retracting its statement, Hezbollah made its message abundantly clear: regardless of any domestic change with the election of Michel Aoun as president or even the upcoming Trump administration, it will be business as usual for them.

A relief for Israel

While some have speculated that Hezbollah’s transformation into a regular mechanised fighting force poses a direct threat to Israel, facts and past precedent indicate the complete opposite.

Hezbollah’s ability to inflict damage on the Israel Defense Force during its occupation of Southern Lebanon and in the 2006 war was possible because the group had mastered asymmetric warfare and guerrilla tactics.

Despite its ranking as the 16th most capable and best armed army globally, the IDF failed to destroy Hezbollah mainly because of its inability to confront the group in a classical military manner, as the former has refrained from fielding tanks or even using regular fortification in its tactics.

Just recently, the IDF command declared that its units are training to adapt to “Hezbollah’s battle doctrine”, which from past confrontations meant fighting in urban terrains against a bunkered down enemy who hides and fights underground.

So, in fact, the Hezbollah parade comes as somewhat of a relief to the Israelis whose superior firepower and air force can neutralise this kind of threat swiftly and with minimal casualties to its infantry.

In 1982, in the course of invading Lebanon, the IDF destroyed the PLO military infrastructure mainly because the Palestinian command took the direction of symmetric warfare, a fact which Hezbollah is well aware off.

The crow and the eagle

In practical terms, Qusayr is Hezbollah's way of implicitly informing Israel that, at the moment, they are fully engaged in their Syrian quagmire and thus there is no risk of any conflict breaking out in the south of Lebanon.

When the crow tried to copy the eagle, he soon realised that he did not possess the skills - but it was too late as he crashed and broke its neck

However, to assume that Hezbollah can easily pick up its previous guerilla tactics again is perhaps fallacious. It would require years of training and resources which will not be available when they eventually return from their Syrian escapade.

The Qusayr parade is therefore very much similar to the anecdote of the crow who wanted to imitate the eagle who was able to soar high in the sky before striking down to attack its pray.

When the crow tried to copy the eagle, he soon realised that he did not possess the skills - but it was too late as he crashed and broke its neck.

Hezbollah might think that the Syrian war has made it even stronger and more capable of imposing its will on Lebanon and perhaps the region.

But events have proven time and again that battles are not won on the battlefield alone and, indeed, the crow can never be an eagle.

Photo: A supporter of Lebanon's new President Michel Aoun holds up a poster of Hassan Nasrallah during a rally celebrating Aoun's election on 6 November 2016 at the presidential palace in Baabda (AFP)