Forget the myths about Islamist parties: They can bolster women's rights

Anwar Mhajne
As the election of Ennahda's Souad Abderrahim in Tunisia shows, an Islamist party’s rise to power does not necessarily come at the cost of gender equality 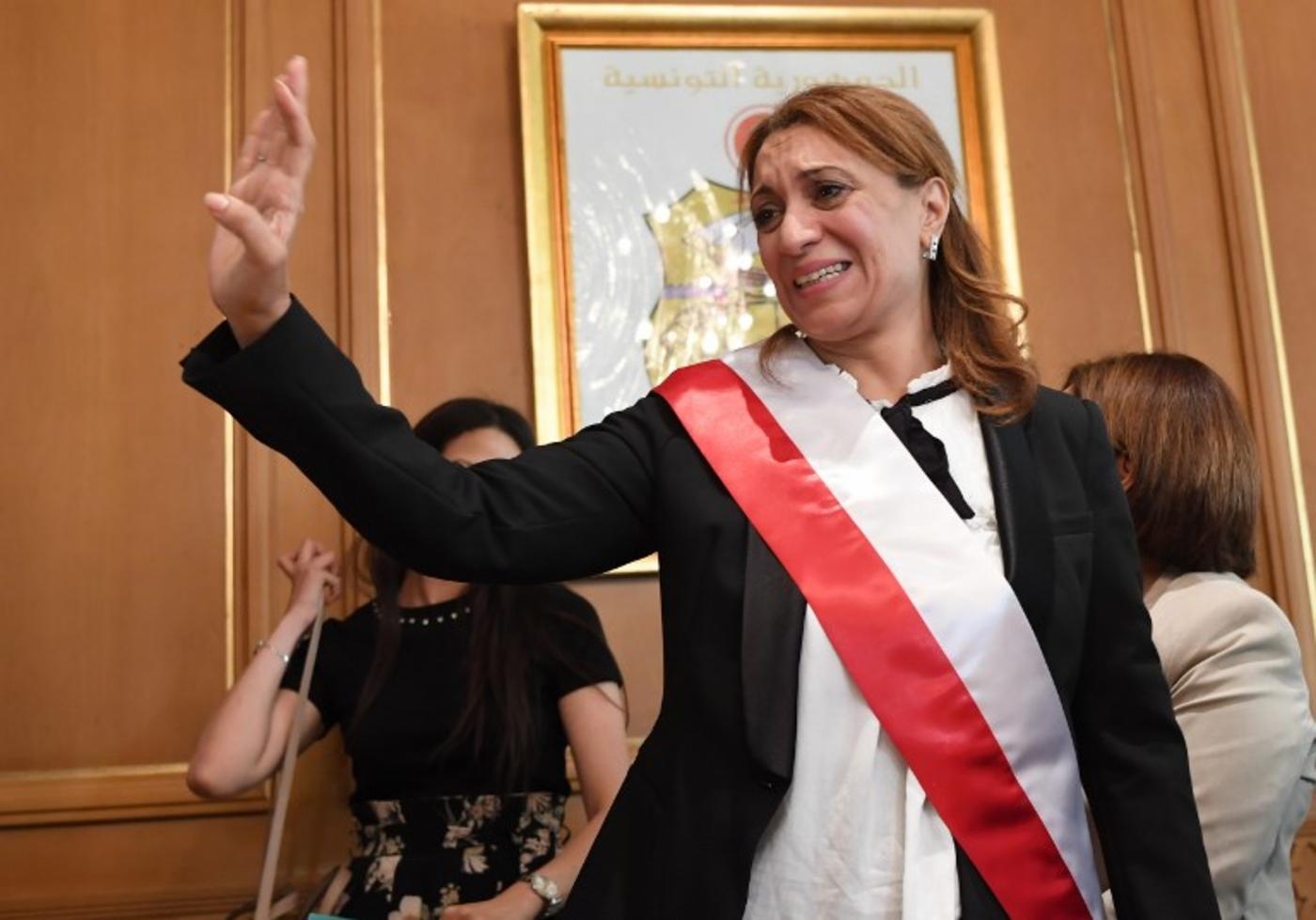 Contrary to prominent views in the West and among secular liberal groups about women in Islamist movements being submissive to a male-dominated hierarchy, there has been an increase in women's participation and role in these movements.

In Egypt, more women have been participating in the Muslim Brotherhood's political activities. This month, In the Tunisian capital, Tunis, Souad Abderrahim became the first woman elected mayor.

Abderrahim, a 53-year-old pharmaceutical company head, is a leading figure in Ennahda, a traditionally conservative party describing itself as "Muslim democrats". She has often been portrayed as a symbol of the party's openness and embrace of modern values, and her nomination challenged stereotypes about the differing opinions on women held by Islamists and secularists.

While Ennahda supported Abderrahim's candidacy, Foued Bousslama, a member of the "secular and modern" Nidaa Tounes party called it "unacceptable" because she would be unable to attend a mosque during Ramadan.

Ennahda's support for women's representation is not new. After the Tunisian revolution, women's activism and leadership has grown. More than 30 percent of seats in the Tunisian parliament are now held by women, the highest share in the country's history, thanks to a new gender parity law. Passed in May 2011, the law requires party lists for national elections to contain an equal number of men and women.

Ennahda delivered the most female representatives to the Constituent Assembly tasked with drafting the post-revolution constitution. Women from Ennahda were elected in significant numbers to the National Constituent Council in 2011 and 2014. More recently, women made up 47 percent of the candidates competing in the the May 2018 municipal elections.

This type of progress is not limited to women's representation. Tunisia was the first regional country to repeal "marry the rapist" laws, and last year, President Beji Caid Essebsi revoked a 1973 law prohibiting Tunisian Muslim women from marrying non-Muslim men.

This came after the Tunisian parliament passed the Law on Eliminating Violence Against Women, which introduced criminal penalties for domestic violence and provisions to prevent child labour, sexual harassment in public places, and pay discrimination. Commenting on the law, Amna Guellali of Human Rights Watch said: "Tunisia’s new law provides women with the measures necessary to seek protection from acts of violence by their husbands, relatives and others."

All of these developments challenge the Western and secular assumption that the election of Islamist parties is dangerous for women's rights.

When Ennahda won 41 percent of the votes in the 2011 Constituent Assembly elections and maintained a sizeable number of seats in subsequent elections, many researchers, women's rights advocates and secular activists contemplated whether it would jeopardise women's rights, particularly those related to personal status and family law.

Ennahda's opponents believed they would “wage a war against women’s rights, mandate the hijab, and enforce a separate sphere ethos aimed at returning Tunisia's feminists back to their kitchens”.

These concerns were further fuelled during the process of drafting the post-revolution constitution, when some Ennahda members made controversial statements on women's issues. Ennahda spokesperson Samir Dilou said polygamy was a fundamental principle that Ennahda was determined to include in the constitution. After backlash ensued, Dilou claimed that he had been misquoted and the party had no intention of legalising polygamy.

Ultimately, the party did not campaign for any of the rights accorded to women in previous regimes to be rescinded, nor have any been. Moreover, the party approved Article 21 of the 2014 Tunisian constitution, which stipulated that male and female citizens are equal in rights and duties.

This change in position could be due to Ennahda's engagement in the electoral democratic process, which required the party to negotiate and form alliances with secular, centrist parties. It could also be due to the presence of female parliamentarians in the Ennahda delegation and their ability to support women from inside the government.

Some have accused Ennahda and the Tunisian state of instrumentalising women's rights for their own political purposes. Indeed, Islamist groups and parties understand the importance of women's representation for garnering support from different sectors of society and gaining international legitimacy.

Moreover, governing Islamist parties in Morocco, Tunisia and Yemen have strategically encouraged women's political participation in their disputes with both secular and radical religious opponents.

Still, the push for women's engagement in political parties and the presence of women in leadership positions - regardless of the motives - has empowered women and created more acceptance for their political participation.

As some research suggests, the presence of women in the public eye as political leaders is often accompanied by electoral gains for women, while also challenging gender stereotypes and encouraging other women to pursue leadership positions. Oumayma Ben Abdullah, a Tunisian fellow at the Tahrir Institute for Middle East Policy, told The National: “Abderrahim's victory is one for the cause of women. It's empowering in the sense that women can aspire now to be mayors and have leadership positions regardless of their political affiliation or where they came from.”

This case demonstrates that an Islamist party's rise to power does not necessarily come at the cost of gender equality and women’s rights. On the contrary, in some cases, it can boost women’s representation.

- Anwar Mhajne is a political scientist specialising in international relations and comparative politics with a focus on gender and politics. Her current research is at the intersection of gender, religion, and Middle Eastern politics. Follow her on Twitter @mhajneam.

Photo: Souad Abderrahim celebrates after being elected mayor of Tunis on 3 July 2018 (AFP) Occupation
'Resistance is female': Gaza women protest for their right of return