Gaza siege: All I want to do is travel to Palestine

Issam A. Adwan
A Palestinian journalist and storyteller shares a personal account of what it means to be caged in Gaza, where Palestinians are denied one of the basic human rights; the freedom to travel 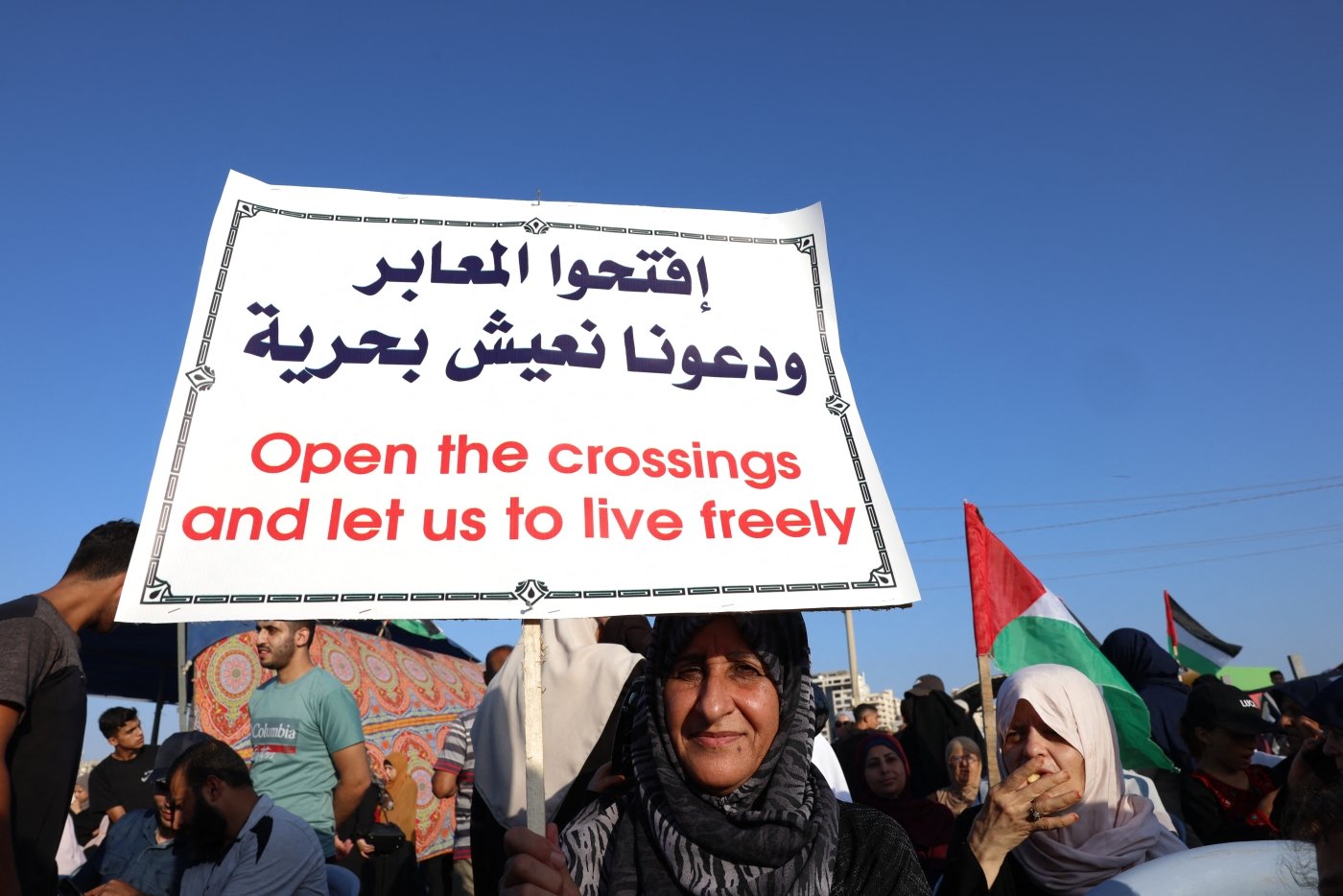 When I was a little boy, my grandfather, Aoda, used to tell me stories about the many beautiful places in Palestine.

One of the stories was about the village of Barbara, just north of Gaza. It was where my family lived and farmed the land for several decades until its ethnic cleansing by Israel in 1948. I will never forget those stories.

For myself and most of the people of Gaza, travelling, as a human activity, had been mostly a mystery

Aoda, whose name means "return" in English, would often tell me, "We had so many rows of orange and olive trees that your eyes couldn't see the end of them." He was my sole window to Palestine, and when he died years ago, my Palestinian identity seemed to disappear.

My grandfather's stories had always managed to transport me to a particular place and time in Palestine. There were times when I'd picture myself standing on the yellowish streets of Jerusalem's ancient city, navigating the alleyways and imagining the various scents that would tell their own stories and the rich history of the old city.

This scene, which only existed in my imagination, always triggered feelings of longing for a place I never knew and would make me cry just by experiencing it in my mind and dreams.

A cycle of struggle

I was born and raised in Gaza, spending the entire 29 years of my life in an absolute cycle of struggle - especially the last 15 years of living under siege and being denied my rights including the right to travel.

For myself and most of the people of Gaza, travelling, as a human activity, had been mostly a mystery. I would wonder to myself, “How does it really feel to see people getting smaller from an aeroplane?” 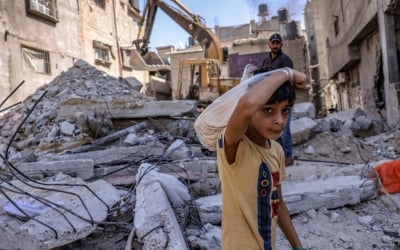 The limits of my knowledge of the world and its beauty extended to my own homeland.

I recall asking older people around me, including my father and uncles who worked in Israel after the Nakba in 1948, to tell me more about Palestine. They would all share a similar statement: “Oh my! You have no idea how beautiful our land is, Issam.” But the only chance I was ever given to see the land and enjoy its beauty was through Google.

After many attempts to travel, I finally succeeded in gaining entry into Egypt in 2012 as a tourist. I was able to take another trip to Tunisia in 2019 as one of the first Palestinian independent observers to monitor the Tunisian elections at the invitation of The Carter Center, which was founded in 1982 by former US President Jimmy Carter.

A glimmer of hope

But it wasn't until I was invited to Bethlehem that, for the first time in my life, my fantasy of travelling within Palestine would - or could - become a reality.

I had partnered on various projects with Amos Trust, a UK-based organisation that “believes that another world is possible, a world where justice flows”, as a manager of We Are Not Numbers, a youth project focusing on sharing the human stories behind the numbers mentioned in the news. 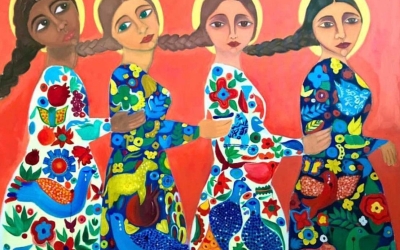 Born of war: How a Palestinian woman responds to trauma through art
Read More »

One of the projects I contributed to was being featured as part of an art event called "On Location: Art from Gaza,” which was set to take place in the West Bank on Saturday, 17 September.

I was already quite excited to direct a short video for this project as it would amplify the works of artists and painters from Gaza. As a producer, project manager and organiser, I felt immersed in an artistic realm that I had not entered before.

But it was not until I received the official invitation to the event from the Amos Trust director that my heart sprang from my chest. I became overjoyed that my dream would finally come true and hopeful that my life as a Palestinian could achieve normalcy.

I instinctively began to plan my trip, contemplating which of my Palestinian friends to call first - ones that I would be meeting in person for the first time - and imagining all the things I would do.

Getting permission to travel outside of Gaza and visit other areas in Palestine meant that I could finally visit and behold the Dome of the Rock with my own eyes; that I could walk through the narrow alleyways of the Old City in Jerusalem; and experience things that never felt real and had only existed in my dreams.

But none of this could happen without first securing a travel permit from Israel.

As a Palestinian from Gaza, I already recognised that my ability to travel on those two occasions before was nothing short of a miracle - an escape from being imprisoned and blockaded. The rejection of a travel permit - even for medical or educational reasons - is unavoidable for people my age.

To prevent the rejection of my application, number 18,865, I started communicating with Gisha, an Israeli human rights organisation that assists Palestinians seeking freedom of movement and has relationships with various Israeli government officials.

I kept looking at my phone, waiting for the word "approved" to appear on my permit request. I was tracking it on an application created by Israeli authorities for Palestinians called Almunasseq, or "the coordinator" in Arabic.  Every time I looked at my phone, I felt a deep sense of dread, anxiety, and depression. And the uncertainty was eating away at my spirit.

I had a constant knot in my stomach from an overwhelming feeling of desperation that only people in Gaza can grasp - having nothing but the dream of leaving.

Then came the final blow: "There is a security ban." My application was denied two weeks before the event with no other explanation provided. "Why?" was the only thing that came to me at the time. "All I want to do is travel to Palestine," I thought.

I began to wonder what might have caused the rejection: Is it because I'm speaking up against injustice? Or could the alleged "security risk" perhaps be the result of my media profession? Yet, none of the explanations I came up with made sense as Israel shouldn’t be allowed to control a Palestinian visiting Palestine.

With every rejection of a visa or permit, denial of a human right, and humiliation dealt while travelling at the border crossing, I have always endured the suffering which felt like a necessary cost of being born Palestinian.

I have spent my entire life preparing to pay such a cost, and my work sustains my commitment to fighting for a better life of dignity and peace for my children and me.

Even so, to be denied the opportunity to even exist as a Palestinian and visit my motherland remains one of the most painful consequences of our struggle.

Issam A. Adwan is a Gaza-based journalist and human rights activist who presently works at the Palestinian Center for Democracy and Conflict Resolution as a media officer. He was the project manager for We Are Not Numbers. 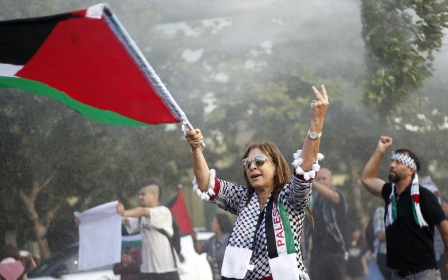 Oslo
What can the Oslo and Sabra and Shatila anniversaries teach us about the Palestinian struggle?
Omar Zahzah 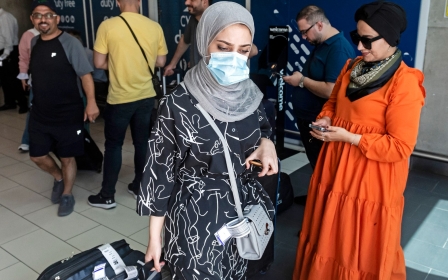