How Saudi Arabia turned against Palestinians in the kingdom

Adnan Abu Amer
With Riyadh backing the US Israel-Palestine deal, it aims to overcome any obstacles in its path - by putting Hamas supporters on trial 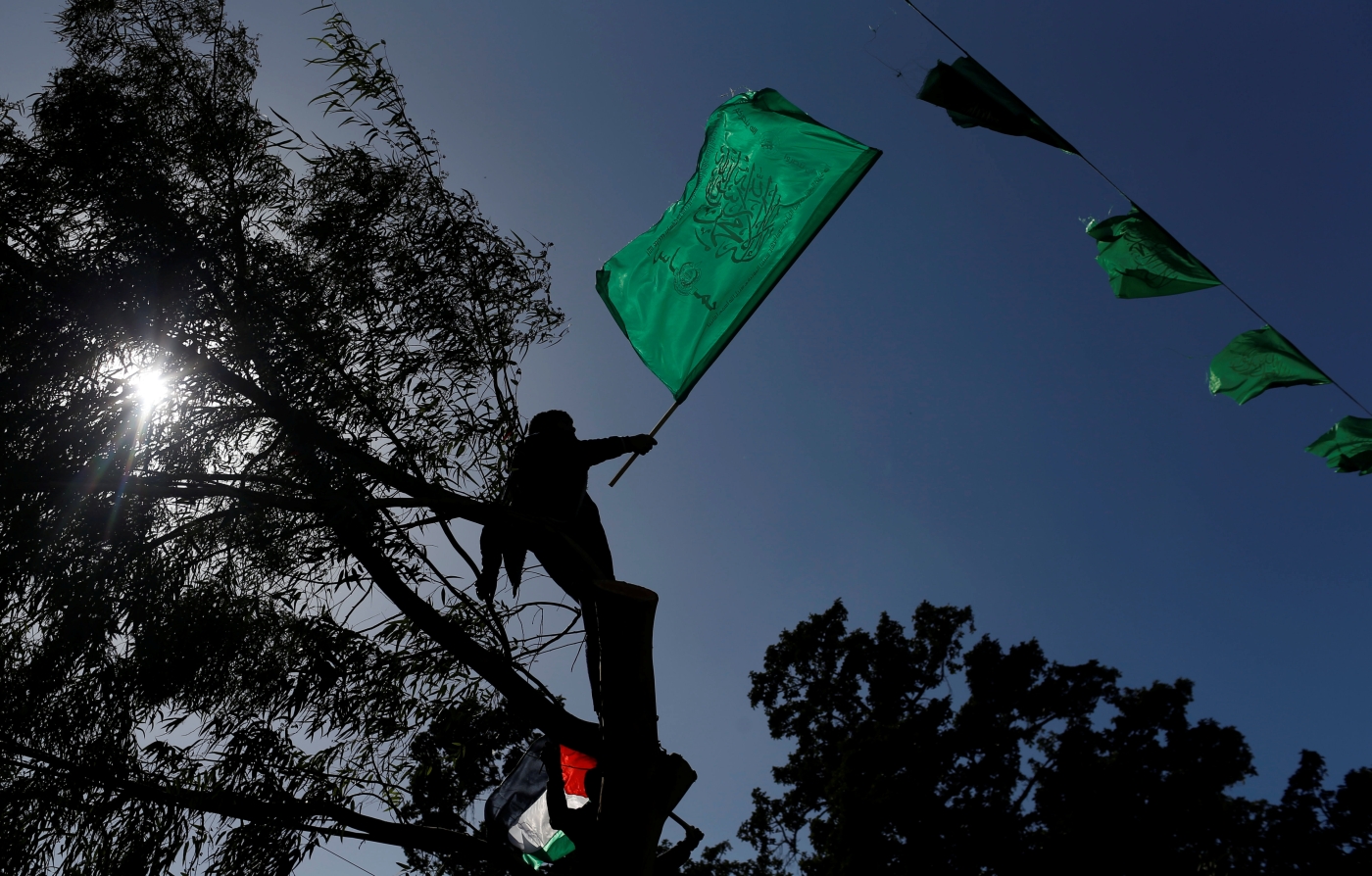 A Palestinian demonstrator holds a Hamas flag during a protest against the US President Donald Trump's Middle East peace plan, in the northern Gaza Strip on 31 January (Reuters)

When Crown Prince Mohammed bin Salman came to power in 2015, followed by the election of Donald Trump the following year, it was foreseeable that Saudi Arabia’s foreign policy would undergo crucial changes.

It is surprising, however, that this political transformation is turning issues once regarded as taboo into a reality - first and foremost, Riyadh’s receding support for the Palestinian cause.

This has played out in several ways in recent years, the most important being the pressure that bin Salman placed on Palestinian President Mahmoud Abbas to accept Trump’s “deal of the century”. Saudi officials adopted the Israeli narrative, and more recently, the Saudi judiciary has put on trial dozens of Hamas members and supporters.

Until recently, Saudi Arabia had allowed Hamas members to work inside the kingdom, carry out political activism and collect financial contributions for Gaza relief. The dangerous shift in recent months raises many questions about the factors that prompted this novel approach - and about the future.

The act of bringing around 70 people with ties to Hamas, including Palestinians and Jordanians, to the courtroom, means that Saudi Arabia has shifted rapidly toward antagonising Hamas and Palestinians. Yet, these individuals are not being charged with violating domestic security, tampering with political stability or colluding with the kingdom’s enemies.

One person is accused of possessing Palestinian olive oil bottles, while another is accused of acquiring a book on the history of Palestine

Instead, details I have obtained seem comical and difficult to believe. One person is accused of possessing Palestinian olive oil bottles, while another is accused of acquiring a book on the history of Palestine by Kuwaiti writer Tareq al-Suwaidan.

A third is charged with sending sheep to people in Gaza on the occasion of Eid al-Adha, and a fourth with belonging to a terrorist entity - where the conversation between the judge and the accused did not exceed three minutes.

The trials have started nearly a year after Riyadh launched a campaign of arrests targeting dozens of Hamas members and supporters, which included closing their companies, confiscating their money and prohibiting bank transfers.

But why did it take so long for the trials to begin, after detainees were prevented from meeting their relatives or lawyers, or even knowing where they were being held? This suggests that their arrests and ensuing treatment lacked due process.

In addition, the trials are taking place fewer than two months after the announcement of the US “deal of the century” in late January. This link does not seem coincidental, especially as Hamas has publicly rejected the deal and said it would gather all of its influence, including regional and international support, to thwart it.

In light of the fact that Saudi Arabia has taken it upon itself to promote and finance the deal, it aims to overcome all obstacles standing in its path, including Hamas. The policy change vis-a-vis Hamas was essentially a sacrifice on the altar of rapprochement with the Trump administration, which views the deal as a key political achievement in the run-up to the presidential election later this year.

At the same time, Hamas has hastened to cement its relations with Saudi Arabia’s perceived enemies in the region, particularly Iran, Qatar and Turkey.

Hamas leader Ismail Haniyeh has been conducting meetings in those countries, which Riyadh has seen as a challenge and a declaration of Hamas’s involvement in the anti-Saudi alliance. As such, these trials appear to be a form of punishment - but Hamas seems undeterred, continuing to strengthen its political, military and financial alliances.

Until this point, Hamas had maintained decent relations and consistent communication with Saudi Arabia. Despite some speed bumps, the two sides preserved a delicate balancing act.

Since the campaign of arrests began last April, Hamas has made efforts - either directly with Riyadh, or through intermediaries such as Turkey, Egypt, Lebanon and Kuwait - to try to end the worsening political crisis, but to no avail.

It is as though Saudi Arabia is determined to strike Hamas, cut all its links, and eradicate its presence in the kingdom.

Hamas has always been careful to maintain good relations with regional countries and to try to resolve issues away from the media spotlight.

Yet the recent campaign by Riyadh has pushed Hamas to break its silence by publicly issuing statements rejecting the arrests and trials. Senior Hamas leaders have denounced Saudi Arabia’s actions against them, in an unprecedented turn. 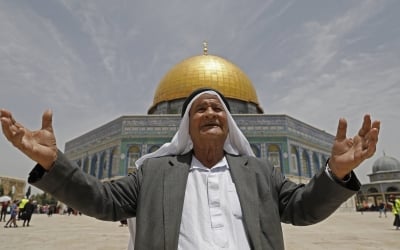 It is clear to Hamas that Saudi Arabia will continue with its campaign, due to both internal and external considerations - the most important being to please the US administration, and to ensure rapprochement with Israel. This is causing relations between Saudi Arabia and Hamas to head towards the point of no return, something Hamas never wanted.

These trials also mean that a large segment of the Palestinian people will be disillusioned with Saudi Arabia and view it as an enemy of the Palestinian cause, despite having supported it for decades, at least politically and in the media.

Saudi Arabia’s realignment against Hamas in particular, and Palestinians in general, means that it is aligning itself with US and Israeli positions that are hostile to the Palestinian cause. We should expect even more anti-Palestinian Saudi policies in the days ahead. 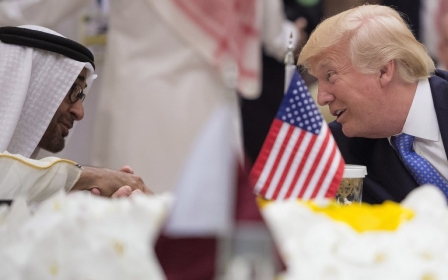 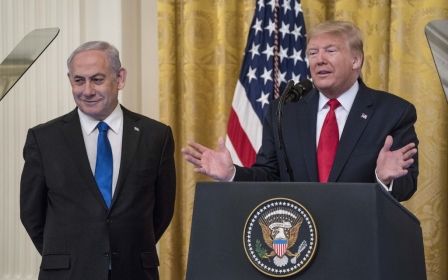 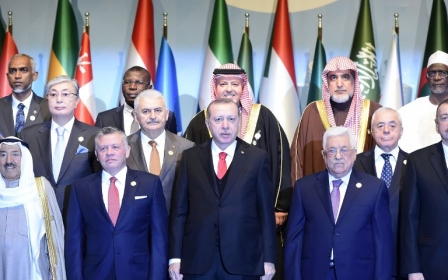