The heritage of Notre Dame – less European than people think 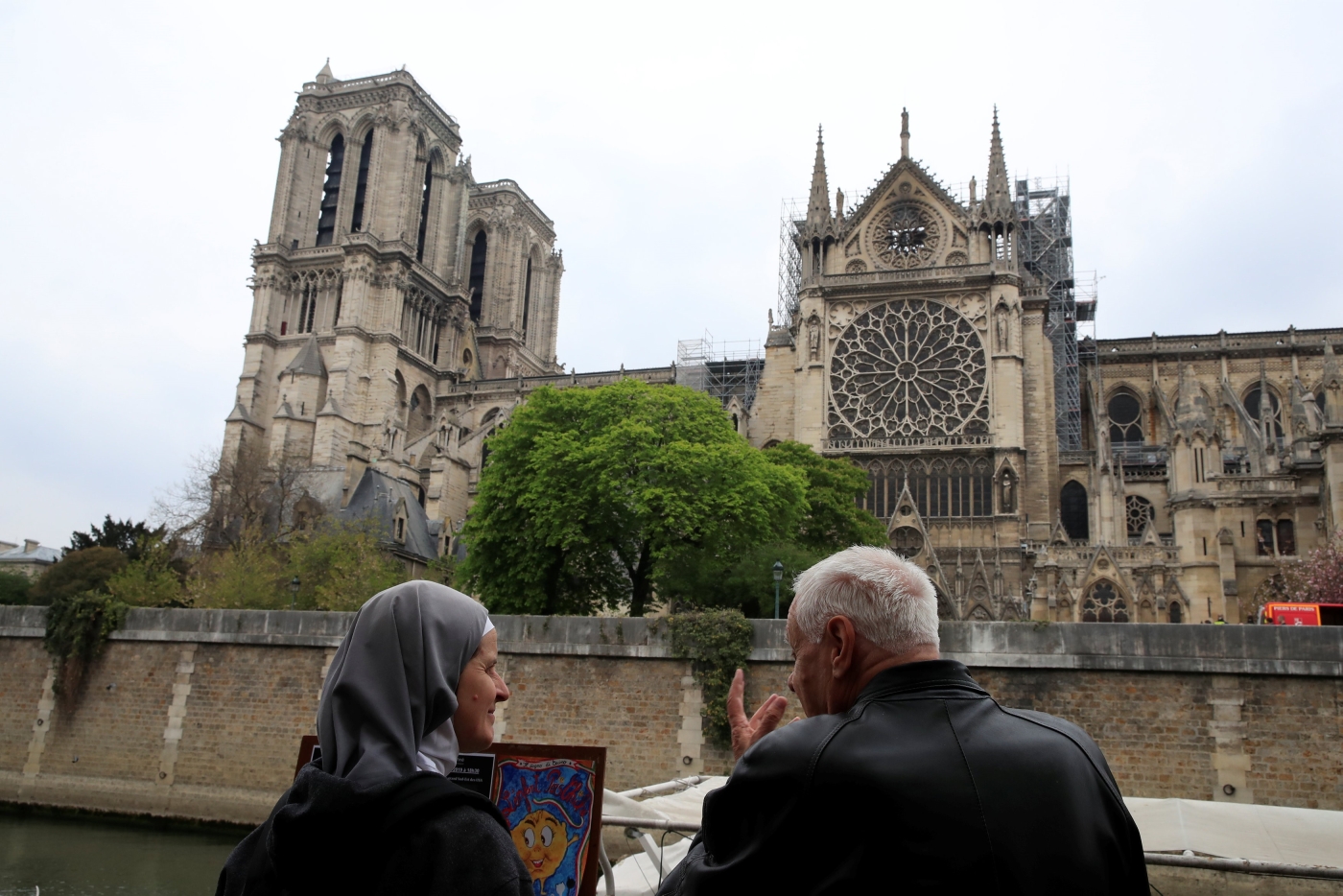 People stand in front of Notre-Dame Cathedral after a massive fire devastated large parts of the gothic gem in Paris, France on 16 April (Reuters)

On Monday, as Notre Dame burned before our eyes, it was striking to note how few seemed to know that the Parisian cathedral's original architectural design, its twin towers flanking an elaborate entrance, its rose windows, its rib vaulting and its spire (la fleche) owe their origins to Middle Eastern predecessors.

Tributes flowed in from round the world, praising the cathedral’s status as an icon of our shared European heritage and identity. "All of us are burning," declared French president Emmanuel Macron, addressing the nation.

'Heart of the Almond'

Let’s start with the twin tower design. The earliest example stands on a hillside in northwest Syria, in Idlib province, in a church built from local limestone in the mid-5th century.

It’s called Qalb Lozeh (‘Heart of the Almond’ in Arabic), and is rightly praised as one of the best preserved examples of Syrian church architecture, a magnificently proportioned broad-aisled basilica, the forerunner of what came to be known as the Romanesque period.

In a belated recognition of its importance, it was included in 2011 within a UNESCO World Heritage Site labelled Ancient Villages of Northern Syria. Locally they are known as the "Dead Cities", clusters of nearly 800 Byzantine stone-built settlements with over 2,000 churches dating from the 4th to 6th centuries.

They were renamed the "Forgotten Cities" by the Syrian ministry of tourism before the war.

What we today call the Gothic arch, prevalent in Notre Dame and in all the great cathedrals of Europe, was an architectural design first seen in the Ibn Tulun Mosque in Cairo

Inside, the church is divided into three, with a central nave, echoes of the Trinity everywhere in the design – the three aisles, three pillars on each side of the nave, three facade windows, three apse windows and three arches dividing the nave from the side aisles.

The nave would originally have had a wooden roof, long since gone, but the vaulted dome over the semi-circular apse still survives.

When Frankish crusaders saw these designs in the 12th century, they brought the idea back to Europe.

What we today call the Gothic arch, prevalent in Notre Dame and in all the great cathedrals of Europe, evolved from the pointed arch, was an architectural design first seen in the Ibn Tulun Mosque in Cairo and passed via Amalfi merchants to Sicily.

With their advanced knowledge of geometry and the laws of statics, Muslims developed both the horseshoe
(also known as Moorish arch, first seen in Damascus's Umayyad Mosque, then further developed by the Umayyads in Andalusia in the Great Mosque of Cordoba) and the pointed arch to give more height than the classical arch.

The first building to use them in Europe was the Abbey of Monte Cassino in 1071, financed by Amalfi merchants. It then moved north to Cluny Abbey, which boasted 150 pointed arches in its aisles.

The fashion quickly spread from these, two of the most influential churches in Europe, as this pointed "Gothic" arch was stronger than the rounded arch used by the Romans and the Normans, so allowed the construction of bigger, taller, grander and more complex buildings like the great cathedrals of Europe. Other borrowings from Muslim designs, also to be found in Notre Dame, include ribbed vaulting (traced to the 8th century Abbasid Palace of Ukhaider in Iraq), rose windows (first seen at the 8th century Umayyad palace of Khirbat Mafjar in the West Bank near Jericho) and the spire (which collapsed so spectacularly on Notre Dame as the timber roof gave way beneath it).

The first known spire is on the Umayyad Mosque of Damascus, built in the early 8th century.

In England, the first ever spire was on top of St Paul’s Cathedral in 1221. It was destroyed in the Great Fire of London in 1666 then rebuilt in 1710 by Christopher Wren, an avowed admirer of Muslim architecture, who studied and extensively researched Moorish and Ottoman mosques.

"The Goths,” he said, talking of the "Gothic" style, "were rather destroyers than builders: I think it should with more reason be called the Saracen (Arab Muslim) style".

The combination of dome and tower in his masterpiece of St Paul’s, together with the structure of the domes in the aisles, shows this strong Muslim influence, also clearly visible in Notre Dame. 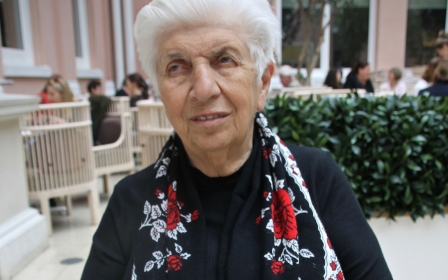