How to defeat Islamic State in Iraq 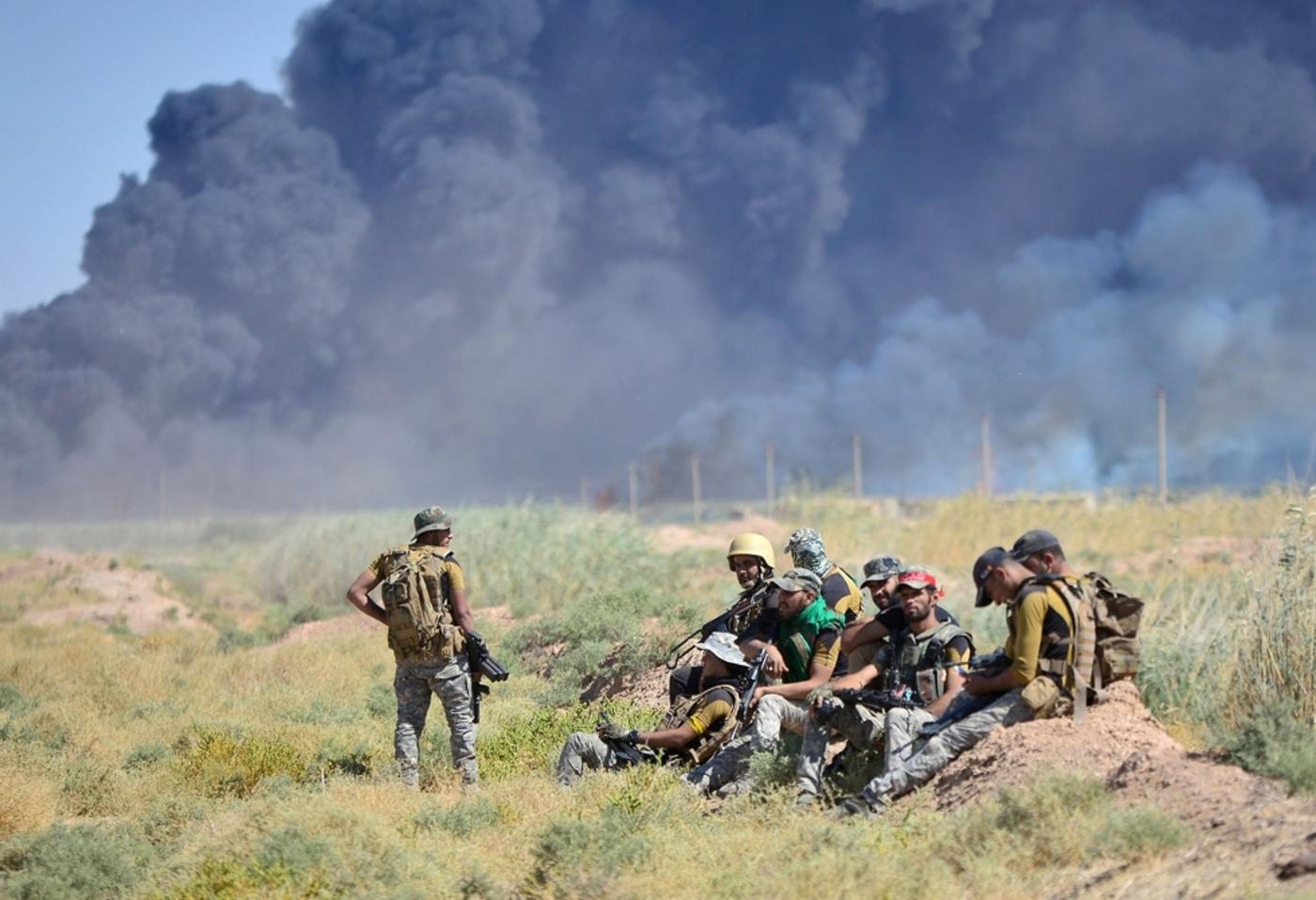 On 5 October the Islamic State of Iraq and Syria (ISIS, also known as IS) was expelled from its last urban stronghold in Iraq, Hawija, near the contested city of Kirkuk. This victory came at a precarious junction in the fight against IS, just 10 days after the Kurdish referendum in northern Iraq.

The Islamic State's control over Iraq's cities and towns has all but collapsed, but it still controls territory in Syria, and from there it can still organise IS remnants in Iraq to conduct suicide bombings.

The Kurdish vote for independence comes at a time that could jeopardise the opportunity for Iraqi Kurds and Arabs to consolidate their victory against IS.

The final military victory in Hawija has now opened up a space for a political solution to reintegrate the areas formerly held by IS. How the Iraqi political elite manages this delicate process will ultimately determine IS's ability to threaten the nation in the future.

In late September the Kurdistan Regional Government (KRG) of Iraq, with its capital in Erbil, held a referendum on independence. The vote was condemned by the central government in Baghdad, along with neighbours such as Turkey and Iran. The US objected to the vote, arguing that it would risk the campaign against IS.

The American fears are not unfounded. It was divisions between the central government and the KRG that resulted in their failure to share intelligence prior to the resurgence of IS in 2014.

On the eve of the fall of Mosul in June of that year, former prime minister Nouri Maliki apparently failed to act on Iraqi Kurdish intelligence that IS was planning its offensive. During the three-year, anti-IS campaign, both Baghdad and Erbil demonstrated a lack of political will in coordinating their campaigns in combating the armed group.

With the liberation of Hawija, cooperation between Baghdad and Erbil is paramount, as IS is likely have sleeper cells in the liberated areas of Iraq, which could obstruct the process of reconstruction and resettling of internally displaced peoples (IDPs).

The question for Iraq's future remains how to establish its legitimacy among the alienated Arab Sunnis in the greater Ninawa, Anbar and Salah al-Din provinces

The central government and KRG's management of both reconstruction and resettlement of formerly held IS territory has been lethargic, due to a lack of funds and political will. As for areas held by IS that have reverted back to the central government, it was Baghdad's governance that led to the conditions that allowed IS to find fertile ground in the first place.

Iraq's Arab Sunnis have endured physical and emotional deprivation under IS rule and there is little chance that they will allow it to come back to their areas. However, the Arab Sunnis' traumatic past under IS does not translate into de-facto support for the government in Baghdad.

The question for Iraq's future remains how to establish its legitimacy among the alienated Arab Sunnis in the greater Ninawa, Anbar and Salah al-Din provinces.

The pace of reconstruction, resettlement and finally providing these Iraqis a space for political inclusion, on the municipal and national level, will ultimately determine the peace. Unfortunately this policy of inclusion has failed to materialise. Most Iraqi Arab Sunnis under IS rule have been suspected of being IS sympathisers.

The standoff between the political forces in Baghdad and Iraqi Kurdistan are largely due to political considerations, as various parties seek to rally their base as Iraq's 2018 parliamentary elections approach. This political infighting unfortunately impedes the Iraqi government's ability to develop a compelling strategic narrative that will address the underlying conditions which led to the emergence of IS in the first place.

At the national level, both in Iraq and the KRG, the everyday Iraqi is concerned about curbing corruption, creating employment, reigning in abuses of power by the security forces, and forging national cohesion among the bickering elites. Neither Erbil nor Baghdad have addressed these concerns.

The US seems only focused on the military campaign against IS, and the Trump administration seems to have little interest in the day after. It is here that the international community, the UN, other states and organisations can apply lessons learned from other conflict zones to Iraq.

First, while the future status of Iraqi Kurdistan remains in question, the international community, nonetheless, should offer incentives to both Baghdad and Erbil to cooperate in developing a joint plan that will guarantee the meaningful inclusion of marginalised groups, which include the Arab Sunnis in Mosul and Kirkuk, as well as its minorities, Turkmens, Christians and Yazidis, many of whom are internally displaced.

Second, as international aid pours in, the donors have to ensure that both of Iraq's governments in Baghdad and Erbil will tackle structural inequalities, including corruption and the abuse of power by state security forces and paramilitary actors, in addition to the institutions of justice.

Third, international support must be made contingent on trust-building measures that foster social cohesion in formerly IS-held territories, in addition to territories disputed between Baghdad and the KRG, particularly the city of Kirkuk.

The geopolitics of the Kurdish independence
Reza Marashi
Read More »

The Shia militias are immensely popular amongst Iraq's Shia and they will most likely evolve into official forces along the lines of the peshmerga, who were once militias themselves but became the official defence forces of the KRG. Joint exercises between all three of Iraq's security forces would build trust and consolidate the victory against IS.

However the complexities of national and regional politics and the involvement of numerous actors, both foreign and domestic, will only complicate achieving this long-term agenda.

- Ibrahim Al-Marashi is Associate Professor of Middle East History at California State University San Marcos. His publications include: Iraq's Armed Forces: An Analytical History (2008), The Modern History of Iraq (2017), and A Concise History of the Middle East (forthcoming).