How the Islamic State is seeking to exploit the Palestinian cause 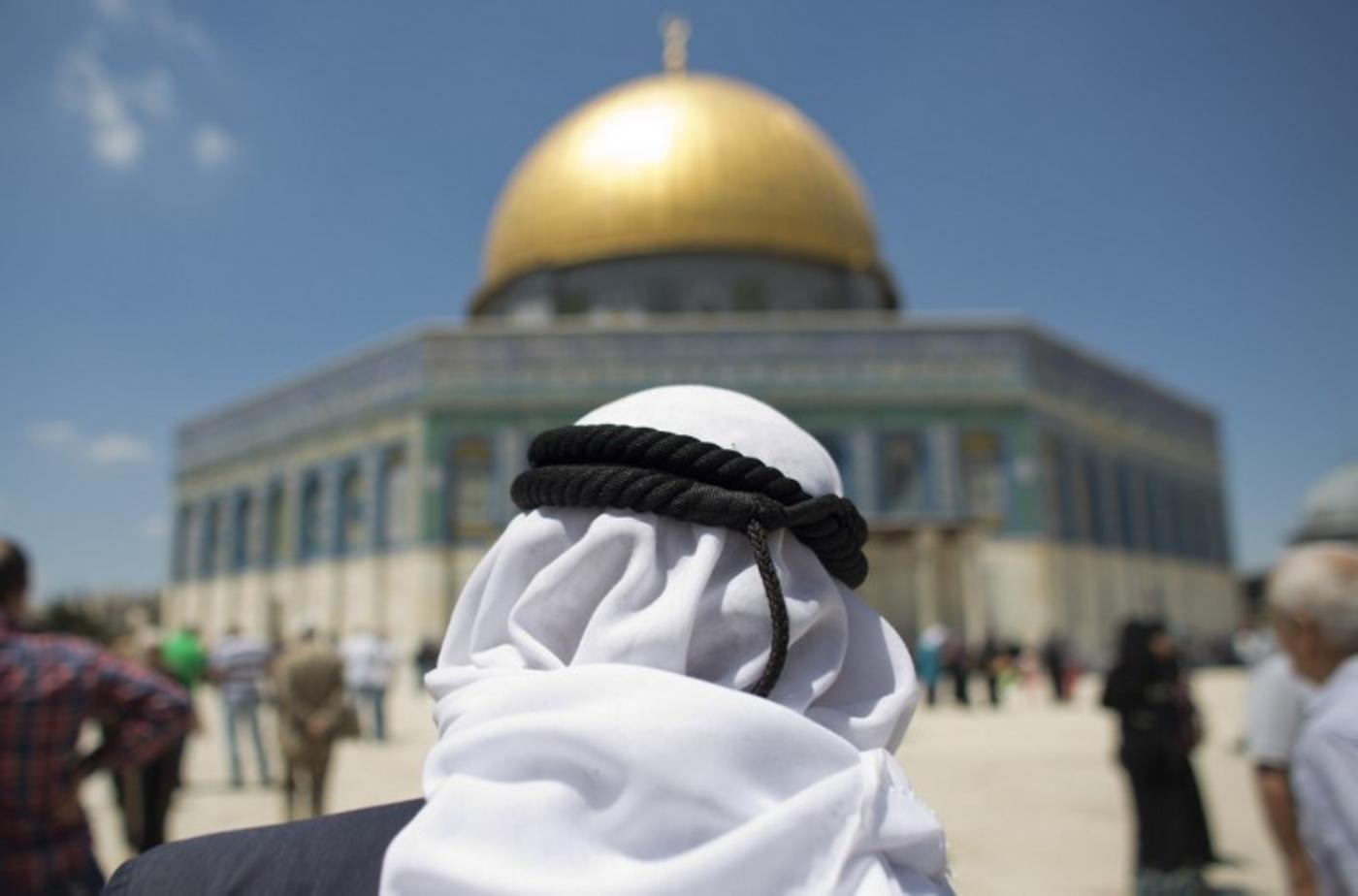 The so-called Islamic State (IS) is using a new wave of violence in the occupied Palestinian territories to serve its own purposes. This co-optation of the Palestine question poses real challenges to the Palestinian people. It also poses major challenges to the European nations that IS threatens, which, in the wake of the Paris and Brussels attacks, are struggling to enhance the European Union Agenda on Security.

IS’s attempts to re-frame the stabbing attacks as part of its Salafi-jihadi creed are dangerous incitements to violence. In addition, this reframing feeds straight into the demonisation of the Palestinian narrative by voices inimical to Palestinian rights, reducing a Palestinian rebellion against an occupying power to the same type of “terrorism” as IS’s religious fanaticism.

One of the ways in which European initiatives have attempted to tackle the apparent appeal of IS’s ideology has been the establishment of counter-narratives. The challenges these efforts face have been discussed extensively elsewhere. However, one highly politicised element of the IS narrative has been absent in counter-narrative campaigns: its Palestine propaganda.

The strategic importance of Palestine in appealing to certain audiences is undeniable. It enjoys a high level of legitimacy among Muslims, even though it is not a primarily religious issue and many Palestinians are Christians. Much of this may be explained by the importance of Jerusalem’s holy places, but it may also have to do with the perception of Palestine as a clashing point of an indigenous, largely Muslim population being oppressed by a modern, non-Muslim colonial power.

Salafi-jihadis often refer to this as the “Zionist-crusader” axis in their wider rhetoric.  Despite the fact that 88 percent of Palestinians believe that IS “does not represent true Islam,” the Salafi-jihadi group has continued to refer to Palestinians in its output in an apparent attempt to co-opt the question and use it to rally support.

The IS exploitation of the Palestine narrative was especially evident with the onset of the recent wave of Palestinian stabbing attacks and Israeli extrajudicial executions in October 2015. The stabbing attacks themselves have not been linked to any specific group, nor has IS claimed any attack.

IS has, however, applauded the stabbing attacks and actively called for violence against Jews. It explains that this is important “not for a piece of land or a homeland or a partisan affiliation, but in the name of God".

This is a dangerous and violent misrepresentation of the question of Palestine, which is about securing Palestinian rights, and which should never be used (and rarely is) as an excuse for anti-Semitism. Nor does this misrepresentation correspond with, for example, the note left by a young Palestinian woman who was killed during an attempted stabbing attack in November 2015, in which she said she acted in defence of her homeland.

The list of IS videos about the stabbing attacks also includes sharp criticisms of Palestinian politics: “Do not wait for anything from Fatah and Hamas. Do not look at them for solutions. There is no peace in what they have to offer. Rely on God." Indeed, it seeks to actively exacerbate existing problems within Palestine, such as the fragmentation of national politics. IS therefore selectively addresses some elements of the Palestine question, and frames them very differently to how Palestinians view their struggle for self-determination.

The Palestinian grievances that IS exacerbates and reframes are grounded in Israeli, US, and European policy towards Palestinians. This is not to say that the international community is at fault for the apparent appropriation of the Palestinian question by IS. Rather, the continuous marginalisation of Palestinian voices for the sake of Israel’s security and stability – without regard to Israel’s clear violations of Palestinian rights and its relentless, and illegal, settlement project - is being exploited by a dangerous group that threatens many of the countries in the region and beyond.

Recent European Union measures such as the guidelines on labelling products from illegal Israeli settlements are a step in the right direction. Yet these must be part of a wider shift in paradigm away from the containment of Palestinian narratives for the sake of security, which has been institutionalised through policies such as the Western-backed security sector reform efforts in the West Bank and Gaza.

I have argued elsewhere that I think it is important for Palestinians to combat the misappropriation of their narrative, but the demonisation of the Palestinians by Israel and others is a major factor. Describing Palestinian political violence as “terrorism” that allegedly emerges from a “culture of death,” as Israeli Prime Minister Benjamin Netanyahu claims, is something that must end.

Of course, a change in paradigm will not immediately solve the Israeli-Palestinian question. Nor is there conclusive evidence that Palestinian grievances are the sole or even the most important cause of the radicalisation of IS sympathisers.

Rather, the point is that facilitating Palestinian voices and acknowledging the true causes of political violence will empower the human rights discourse among Palestinians, most of whom struggle for their rights non-violently based on precisely this discourse. Equally importantly, it will cripple the toxic narrative that groups such as IS are trying to put forward.

The Palestinian cause is not about IS’s imagined religious narrative, nor is it about the alleged Palestinian “love of death” that the Israeli far-right claims. The question of Palestine is about combatting a political reality of exile, inequality and occupation that the Palestinians have suffered for generations.