How Palestine is a critical feminist issue 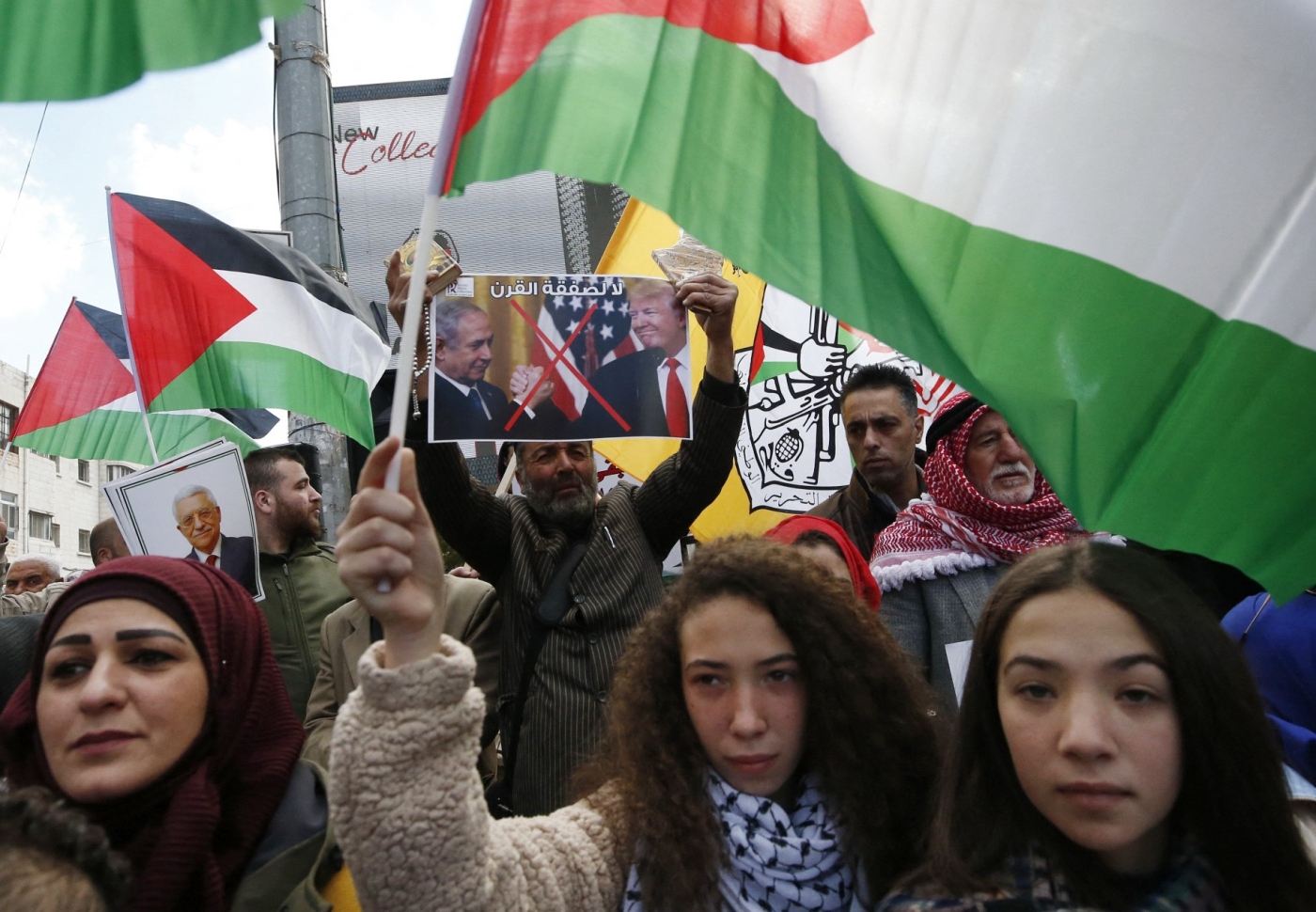 Within minutes, the signatures started coming in, not as a trickle but a surge - from the US and Palestine, but also from England, Ireland, Australia, Argentina, Sweden, Canada, Kenya, Italy and more.

More than a mere lip-service statement of solidarity, the pledge lists six concrete steps and commitments towards advancing a truly intersectional and decolonial feminist vision in Palestine. These include embracing Palestinian liberation as a critical feminist issue; pledging support for Palestinian rights to free speech and political organising; rejecting the conflation of anti-Zionism with antisemitism; endorsing the boycott, divestment and sanctions (BDS) movement; divesting from militarism; and calling to end US political, military and economic support to Israel.

The PFC defines itself as a US-based body of Palestinian and other Arab women and feminists “committed to Palestinian social and political liberation by way of confronting systemic gendered and colonial violence, oppression and dispossession”.

As they write in the pledge circulated to allies: “Ours is a vision for a radically different future based on life-affirming interconnectedness, empowering the working classes, and love for each other, land, life and the planet itself. For these reasons, we pledge, today and every day, to recognize Palestine as a Feminist Issue and to uphold this commitment in our daily lives and organizing praxis.”

“Palestine is a feminist issue”: That statement itself is a truism, which should need no elaboration. Yet, as with so much that relates to Palestine, it has necessitated long discussions, clarifications, analyses and documentation, again and again. Especially in the US, Palestinians have long been alienated from mainstream feminist organising spaces, where the prevailing Zionist ideology - whether acknowledged or not - portrays Palestinians, rather than Zionists, as the aggressors.

Members told me they felt progress was afoot, as a transnational conversation was emerging on the many facets of racism and misogyny

Many of these spaces view Palestinian women as oppressed exclusively by Arab patriarchy, rather than by the all-pervasive violence of Zionism. This is not to deny the longstanding solidarity with Black, Indigenous, Third World feminist, working-class and queer communities, who have struggled alongside Palestinians within larger anti-colonial and anti-racist movements in the US and globally. Still, when it comes to open support for Palestine in the US, endorsement cannot be taken for granted.

This is because the fear of retaliation, intimidation and vilification with the false charge of antisemitism is always present. As PFC member Sarah Ihmoud told me: “While our sisters in the homeland face the immediate violence and brutality of military occupation and Zionist colonialism, those of us positioned in the US-based diaspora face another set of challenges: Zionist repression of our speech on Palestine, criminalisation of our political organising, and the exclusion of Palestinian freedom from mainstream feminist agendas.”

Ihmoud, who now teaches at the College of the Holy Cross, shared her own experience with Zionist attacks: “While being considered for a tenure-track position at Boston University in 2019, I was virulently attacked in a public smear campaign that labelled me an antisemite and sought to discredit my scholarship on gender violence against Palestinian women in occupied territory.

"More than that, as a Palestinian American scholar, I was demonised by a broader Zionist public with racialised and gendered epithets steeped in Orientalist discourse. As an anthropologist, I understand this to be yet another form of ethnographic knowledge that speaks to the gendered aspects of Zionist repression and the urgency of understanding Palestine as a feminist issue.”

As was to be expected, not everyone who saw the collective’s pledge appreciated it - and many revealed a very narrow understanding of feminism as an exclusionary worldview, rather than the broad, emancipatory ideology it aspires to be. Thus, on the Facebook page of Jewish Voice for Peace, which endorsed and posted the pledge, someone commented that Palestine is a human rights issue, not just a feminist one.

PFC member Loubna Qutami, an assistant professor in the Department of Asian American Studies at the University of California, responded: “Certainly, Palestine is many things for many people - at its core, it is about the dismantlement of Zionist settler-colonialism, key here is understanding how Zionist settler-colonialism is ALSO a project of gendered/sexual violence and oppression.

"When Palestinian women are forced to give birth to still-born babies at a checkpoint because the ambulance wasn’t allowed to pass through - that is certainly a human rights [violation] but also a very clear targeting of gendered violence on Palestinian reproductive freedom.

“When Israeli soldiers talk about Palestinian pregnant women being a target for kill (as they did during the 2009 war on Gaza) that is a clear mechanism of gendered violence to control the Palestinian demographic majority.

"When Palestinians (men and women and gender non-conforming peoples) experience sexualized torture, rape, castration under interrogation - certainly that is a human rights violation; but it is also gendered and sexual assault. Thus Palestinian liberation must certainly be embraced by anyone who believes they are a feminist, otherwise feminism is hollow of any attention to material realities.”

Others, commenting on the Palestinian Youth Movement’s Instagram account, seemed to have a problem with the term “feminism” itself, which they associate with the worldview of middle-class, white, western, liberal women who hold Orientalist views of Palestine and Arab and Muslim societies, positioning Zionism and Israel as redemptive and “democratic”, rather than settler-colonial.

It was refreshing to see that, rather than disregard or ignore such sentiments, the PFC engaged with them, as they clearly acknowledged the importance of Palestinian communities self-determining the sort of feminism that makes sense for the conditions of Palestinians. I was reminded of similar experiences I had as a member of Incite!, which also engaged in lengthy debates about the adoption and reclamation of the term “feminist”, despite its problematic connotations. Passage to the Plaza: Sahar Khalifeh gives voice to a generation of Palestinian women
Read More »

Meanwhile, as hundreds of signatures to the collective’s pledge kept rolling in, members told me they felt progress was afoot, as a transnational conversation was emerging on the many facets of racism and misogyny.

Even amid debate over the appropriateness or limitations of the term “feminism”, there seemed to be a global acknowledgement that Zionism, like all settler-colonial systems, engages in gendered violence - and that, like women rising up against dispossession everywhere, Palestinian women have always been part of the grassroots resistance to the imperialist aspirations to their homeland, enacting an organic understanding that national liberation is incomplete without gender justice.

The PFC’s pledge affirms the indivisibility of justice. The collective’s vision is one rooted in love of community, but with a deep understanding that liberation cannot be complete unless all structural violence is ended. Indeed, there would be no need for the pledge, nor for the existence of groups such as Tal’at, which endorsed it, if misogyny and patriarchy did not exist within Palestinian society itself.

The strength of the PFC’s vision is that it is comprehensive, seeking to end violence from within, as well as without. 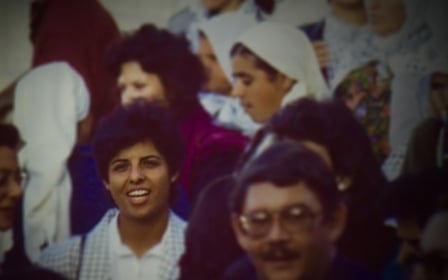 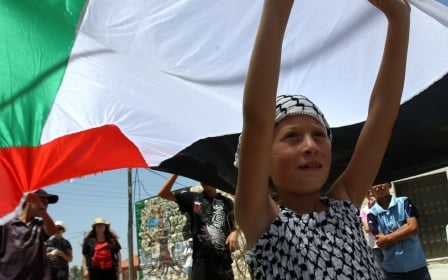