How Trump can forge a new path towards diplomacy with Iran 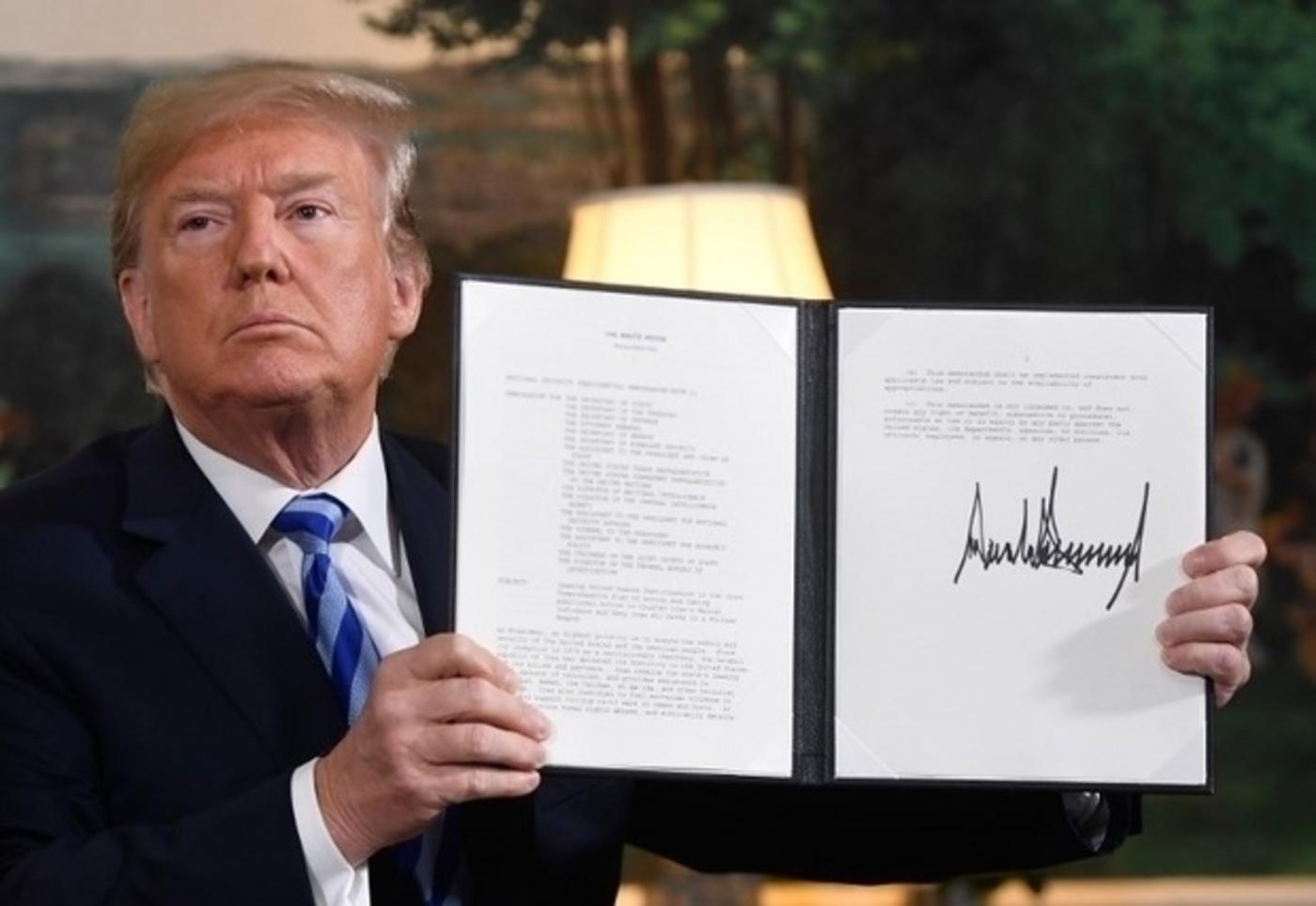 In a statement issued on 20 February, more than 50 pro-diplomacy organisations representing millions of American voters urged US policymakers to respect the Iran nuclear deal, which verifiably blocks Iran’s pathway to a nuclear weapon, supports good-faith diplomacy and opposes war with Iran.

Earlier last month, as millions of Iranians rallied to mark the 40th anniversary of the 1979 revolution that ended 2,500 years of monarchy in Iran, US President Donald Trump tweeted in Persian and English: “40 years of corruption. 40 years of repression. 40 years of terror. The regime in Iran has produced only #40YearsofFailure. The long-suffering Iranian people deserve a much brighter future.”

Both Iranian and US leaders concur that Washington has imposed the most biting sanctions ever on Tehran. It bears noting, however, that with the exception of the brief period from 2013 to 2016, when Tehran and Washington negotiated at the highest levels to resolve one of their most complicated disagreements - the nuclear issue - US policy towards Iran has been constantly focused on economic sanctions, pressure and regime change.

The question remains whether Trump wants to continue on this ineffective and costly path, or pursue a new approach with Iran to break decades of deadlock in their bilateral relations. “Change and our attitude will change,” Iranian Supreme Leader Ayatollah Ali Khamenei has said. Trump could, in fact, end decades of US-Iran animosity by adopting a five-pronged strategy.

Even if Washington and Tehran want to remain eternal enemies, at least they could refrain from insulting each other’s people, history and culture

First is intention. Washington must convey to Tehran its intention to abandon its regime-change policy, something that is only attainable if Washington shows its sincerity through both words and actions. Empty words followed up by hostile actions would only demonstrate Washington’s disingenuousness and lack of seriousness, likely leading to the opposite of the intended results.

Second is language. The US has always talked down to Iran, employing disrespectful and offensive language towards the country, calling it a “pariah state” and adding it to the “axis of evil”. To be fair, Iran has used the same derogatory language in reference to the US, which it brands as the “Great Satan”.

Even if Washington and Tehran want to remain eternal enemies, at least they could refrain from insulting each other’s people, history and culture. Khamenei recently clarified that Iranians would chant “Death to America” as long as Washington’s hostile policies continued, but noted that the slogan is directed at US leaders, not the American nation.

Third is approach. A termination of hostilities will be impossible as long as Washington thinks it can coerce Iran into submission. A diplomatic approach must replace the threat of war and coercive policies - but diplomacy is not about issuing maximalist demands to a sovereign state and expecting total capitulation.

Fourth is having a pragmatic plan of action. A number of reports by US think tanks have recommended a “grand bargain, big for big” approach, but this is not realistic. A more practical approach is to begin with “small for small” measures.

The existing mistrust between Iran and the US runs deep, and Trump’s unilateral withdrawal from the nuclear deal has only exacerbated the situation. Therefore, the more realistic path forward involves smaller confidence-building steps, such as Iran-US cooperation on counter-narcotic and anti-piracy operations.

Fifth is the end state. Washington and Tehran will only enter such a roadmap if they can see the end state. During nuclear negotiations, the end state for the US was to prevent Iran from acquiring a nuclear weapon; for Iran, it was "nuclear rights" under the non-proliferation treaty and the lifting of sanctions. Negotiating for the mere purpose of negotiating is not in the interests of either country.

Resolving the current animosities between Iran and the US can be based on non-intervention and a joint respect for sovereignty. There can also be win-win solutions for some of the ongoing practical issues, such as a fair regional arrangement for conventional and unconventional weapons in the Middle East.

While Iran has voluntarily limited the range of its ballistic missiles to 2,000 kilometres, Israel and Saudi Arabia both possess missiles with more than double that range. And while Israel is the only country in the Middle East with a nuclear weapons arsenal, Iran - which does not have any nuclear weapons - is under pressure and biting sanctions. Repeated UN resolutions have called for establishing nuclear-weapon-free zones in the Middle East. The implementation of UN resolutions, without double standards, will open the path towards sustainable peace, potentially resolving many of the disputes between Tehran and Washington.

A day after Trump’s hostile remarks about Iran during his State of the Union address, Iranian President Hassan Rouhani said Iran was ready to establish "friendly relations" with the US if it apologised for past wrongs.

A change in relations is possible, but it requires patience and the right approach. A real change - a big change - would take many years, requiring both sides to embrace the obligations and opportunities that come under the banner of peace.

Seyed Hossein Mousavian
Seyed Hossein Mousavian is Middle East security and nuclear policy specialist at Princeton University and a former chief of Iran’s National Security and Foreign Relations Committee. His book, “Iran and the United States: An Insider’s view on the Failed Past and the Road to Peace” was released in May 2014. His next book, A Middle East Free of Weapons of Mass Destruction, is due to be published in April 2020.