Clive Stafford Smith
The Libyan - whose false intelligence extracted under torture was used to make the case for war in Iraq - was an embarrassment to powerful people, and Gaddafi was willing to make him disappear 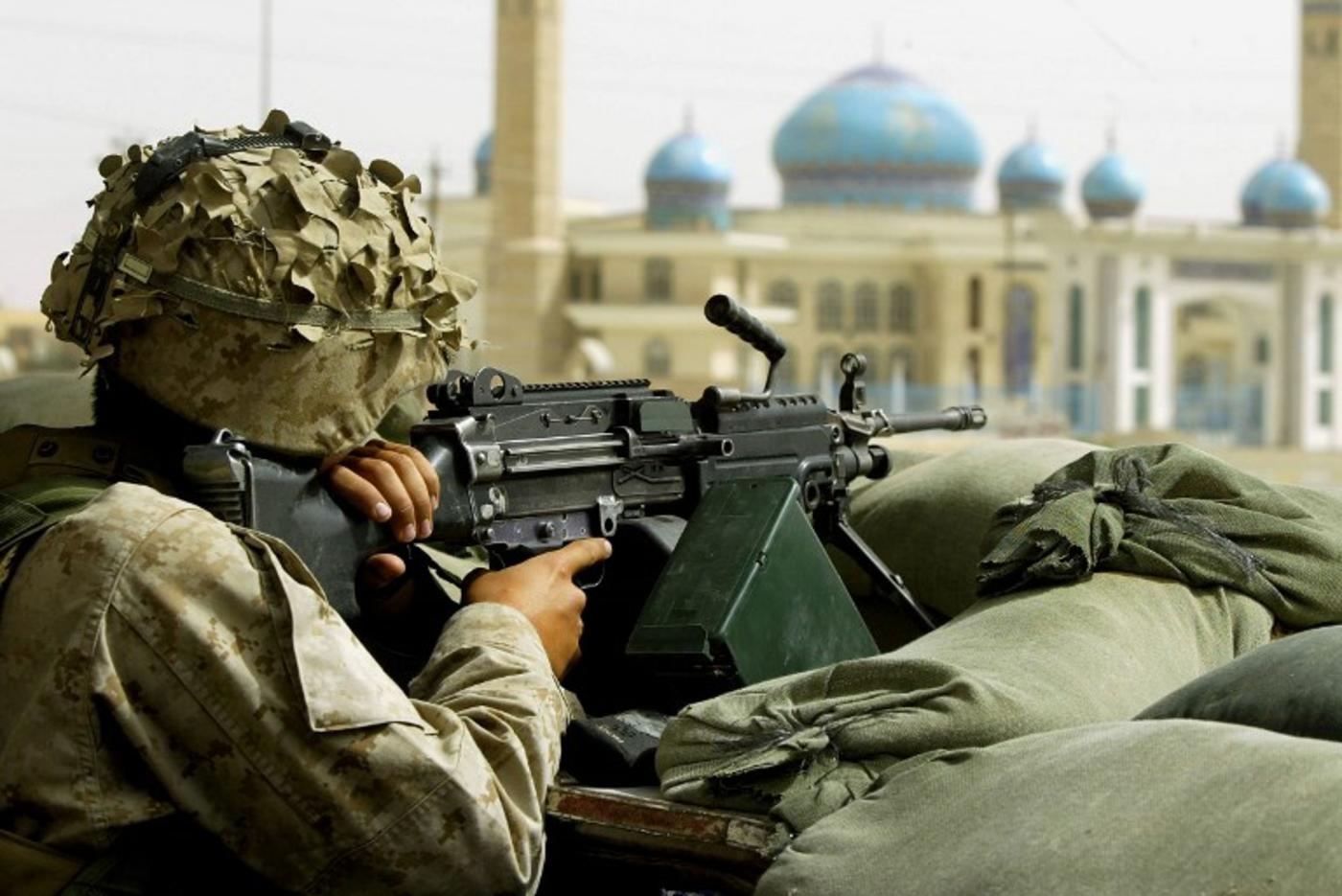 Sad to say, the US has taught us various things about abusing detainees in Abu Ghraib and beyond. We learned another sorry lesson in Ian Cobain and Clara Usiskin’s expose on Tuesday in which they filled in some important details to the biggest torture story never fully told: that of Ibn al-Sheikh al-Libi.

Unfortunately, the mistakes caused by torture come in various degrees. It is one matter if the CIA abuses one of my clients into confessing falsely to a crime. True, the man suffers twice: first in the mistreatment, and then when he is locked in a legal black hole like Guantanamo Bay, as with the 40 men who continue to languish in that notorious Cuban prison.

Yet there is an even darker side to such secrets, and this is where Middle East Eye’s investigation is so important: some "intelligence" adduced by abuse is used to change government policy, even to start a war.

Some years ago, Shaker Aamer, one of my Guantanamo clients, told me what he knew about Libi. Shaker was being held in a cage at the Bagram air base in Afghanistan when he was taken into the same room as Libi. There, he said, he saw someone he thought was a British agent, present during the torment.

Soon after, early in 2002, he saw a coffin being carried out. It transpired that Libi was in it – very much alive, but on his way to Egypt, where the US had President Hosni Mubarak’s henchmen do their dirty work, taking an electric cattle prod to their victim.

Unsurprisingly, Libi said what the US wanted to hear – that Saddam Hussein was in league with al-Qaeda. Later, I was able to report evidence declassified from Guantanamo, where a detainee being tortured there also said that Saddam’s people were developing weapons of mass destruction.

When Libi first said all this, some CIA operatives expressed doubt, but that did not stop US President George W. Bush relying on it in a speech in October 2002, or Secretary of State Colin Powell delivering his infamous presentation to the UN Security Council in February 2003.

Thus, false intelligence extracted by torture not only kept Libi in prison, but it also weighed heavily in a decision to invade Iraq later that year.

We do know the disaster that followed, but what happened to the torture victim? In the first five years after 9/11 I had a project where I tried to follow what was happening to some of the better known people who had been captured in the so-called "War on Terror".

Although 760 prisoners appeared in Guantanamo Bay, none of the big names surfaced for a long time. We heard dark rumours that they were in secretive US prisons, scattered from Morocco to Poland.

Then, in September 2006, a number of the more notorious “High Value Detainees” appeared in Cuba – including Khalid Sheikh Mohammed, the supposed mastermind of the attack on the World Trade Center. Notably missing from the new arrivals was Ibn al-Sheikh al-Libi.

We later learned what had happened: he had been rendered back to Libya.  As early as March 2004, British Prime Minister Tony Blair had been shaking hands with Muammar Gaddafi in the desert.

Libi was rendered there to face further mistreatment. By a stroke of good fortune, we found a way to get messages to and from him, but no sooner was this door to his story ajar than – according to Gaddafi – Libi “committed suicide”.

Only the most credulous observer believes that, but it was true that the poor man had been put in a coffin and thence into a real grave this time. He posed a problem: if he had ever been reunited with the rule of law, he would have been just too embarrassing to powerful people.

We would have learned that the US was wrong on the most basic facts – far from running an al-Qaeda training camp in Afghanistan, he did not even support Osama Bin Laden’s worldwide terror campaign, as his goal was to liberate his own country.

But most importantly, his torture had not just led (as in other cases) to a bogus trial in a kangaroo court in Guantanamo Bay, but to a calamitous war costing hundreds of thousands of lives, tipping the Middle East further into chaos. He had to disappear and Gaddafi was willing to make that happen.

It is a truism that we cannot learn the lessons of history unless we know what actually happened. When it comes to government misconduct, sunlight is the greatest disinfectant, yet there are powerful forces that would like to keep their dirty secrets well hidden – from Blair to Bush, and beyond.

Indeed, while the British have sometimes tut-tutted, and suggested that the semi-civilised Americans went a bit off-piste with their torture and rendition, the latest revelations about Libi's treatment add another nail in the coffin of that particular lie: the British knew precisely what was going on, and even sought to “benefit” from it by sending questions into Libi’s cell of suffering.

In the end, only with the long-promised full and transparent judicial inquiry will the truth be exposed. Blair, by way of contrast, has said that freedom of information was the worst lapse in judgement of his tenure, because he would like officials to make decisions in secret.

Perhaps, when we have full disclosure, even he will see that signing up to torture, and using "intelligence" obtained through torture to start a calamitous war, was a rather bigger mistake.

Clive Stafford Smith is an international human rights lawyer. He has represented over 300 people facing the death penalty in the USA, and secured the release of 69 prisoners from Guantanamo Bay detention camp.

Photo: A US marine in the city of Fallujah on 22 April 2004. Libi's 'intelligence' was used to help make a case for war in Iraq (AFP)