Mahan Abedin
Unlike neighbouring Turkey, Iran hasn’t resorted to aggressive posturing to oppose the Kurdish referendum. However, behind the scenes the Islamic Republic is pulling out all the stops to deter Kurdish independence 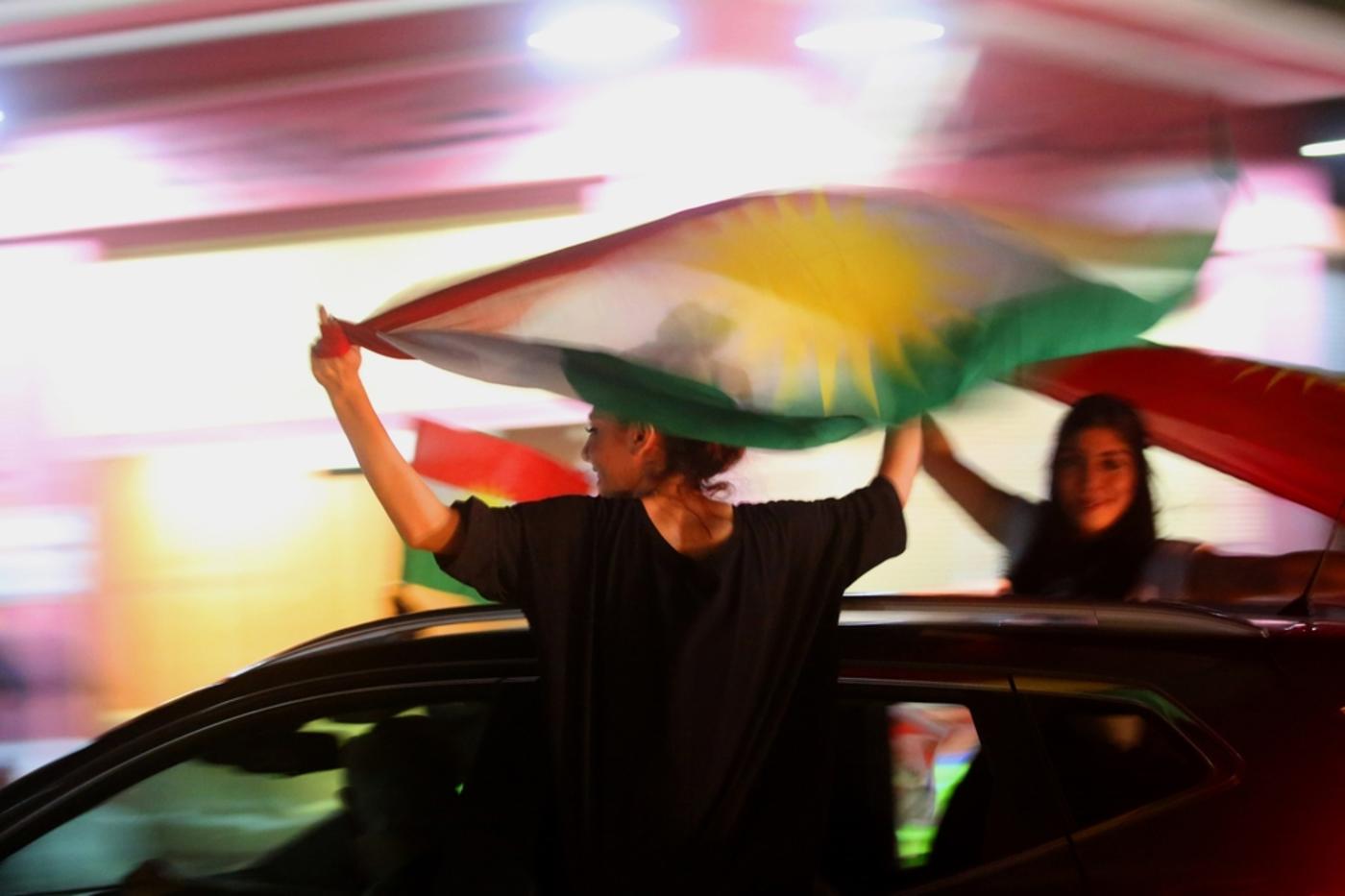 The result of the Kurdish independence referendum was always a foregone conclusion. At minimum, the massive 92 percent yes vote formalises Kurdish national aspirations and strengthens the Iraqi Kurdish leadership’s hand at tough negotiations with the government in Baghdad.

The celebratory rhetoric of Iraqi Kurdish leaders notwithstanding, a serious push toward full independence however is unlikely, at least for the foreseeable future. Neither the internal Iraqi context nor the strategic regional landscape, nor broader international opinion is conducive to such an outcome.

Unlike Turkey, Iran does not have to contend with a major Kurdish insurgency within its borders

For Iraqi Kurdish leaders, the regional reaction, notably by Iran and Turkey, will be the most critical factor shaping their strategy going forward. Any formal declaration of independence would elicit an immediate and decisive response by these two powerful states.

However, while both Turkey and Iran oppose Kurdish independence in principle, their approach to the issue has been markedly different. In keeping with President Recep Tayyip Erdogan’s bombastic leadership style, Turkey has resorted to military manoeuvres and threats of economic sanctions to influence Erbil.

Whilst Iran also has undertaken symbolic actions to oppose the referendum, including low key military drills near the border with Iraqi Kurdistan, Tehran has not employed the harsh and threatening rhetoric of Turkish leaders.

This difference in approach speaks to a divergence in threat perception and management. Unlike Turkey, Iran does not have to contend with a major Kurdish insurgency within its borders. Moreover, Iran has far more influence within Iraq and it believes it can bring these to bear to contain Kurdish national ambitions.

In Syria, the People’s Protection Units (YPG) militia, which is politically and ideologically aligned to the Kurdistan Workers’ Party (PKK), has carved out a quasi-independent state known as Rojava, in large part due to extensive American political and military support.

The practical disappearance of the border between Iraqi and Syrian Kurdish regions has heightened Iranian and Turkish fears of the emergence of a powerful Kurdish bloc. In Iran’s case this fear is amplified inasmuch as Israel is hitherto the only major power to unequivocally back Kurdish independence.

Privately Iranian officials fear that Riyadh is supportive of Kurdish national ambitions as this threatens multiple Saudi rivals, including Iraq, Syria, Turkey and above all Iran

Moreover, Iran is wary of the Saudi attitude to proposed Iraqi Kurdish independence. Whilst officially Saudi Arabia was opposed to the advisory independence referendum, privately Iranian officials fear that Riyadh is supportive of Kurdish national ambitions as this simultaneously threatens multiple Saudi rivals, including Iraq, Syria, Turkey and above all Iran.

In terms of the situation inside Iraq, in tandem with much of the international community, including the United Nations, Iran is fearful that the repercussions of the advisory referendum will undermine the fight against the Islamic State (IS) group and its local allies.

Iranian concerns also centre on the disputed oil-rich province of Kirkuk which is home to a substantial Shia Turkmen minority. The Kurdistan Regional Government (KRG) has now effectively annexed Kirkuk by holding the referendum in the city and the wider province.

The repercussions of this move threaten to undercut the position of the pro-Iranian Popular Mobilisation Units (PMU) which have extensive political and economic interests in Kirkuk.

If a military conflict breaks out between Baghdad and Erbil it is likely to focus on Kirkuk, which KRG President Massoud Barzani has vowed to defend by force. Iran is anxious to avoid any clashes in Kirkuk, as demonstrated by Qods Force Commander Major-General Qasem Soleimani’s reported shuttle diplomacy to Baghdad and Erbil in the run-up to the referendum.

General Soleimani is arguably the most powerful man in Iraq and he maintains excellent relations with Iraqi Kurdish leaders, including Massoud Barzani. In the decisive weeks and months ahead Soleimani will be capitalising on this influence to restore Baghdad-Erbil relations onto a more stable footing.

Reassuring Baghdad of Iran’s decisive political and military support has been a key part of the Iranian strategy to contain the fallout from the advisory Kurdish independence referendum.

As part of this strategy, the chief of staff of the Iranian armed forces, Major-General Mohammad Baqeri, only yesterday reiterated Iran’s commitment to help Iraq regain control of its borders. In a meeting with his Iraqi counterpart, Baqeri stressed Iran’s support for Iraq’s unity and territorial integrity within the context of the Iraqi constitution.

This carefully worded and consistent policy is also in part designed to reassure the Kurdish constituency and the broader political establishment within Iran. At this juncture it is worth exploring the ramifications of the referendum inside Iran, particularly by comparison to the situation in Turkey.

Iran’s attitude to the entire Kurdish question sharply diverges from Turkey insofar as Iran regards the Kurdish people as an extension of the greater Iranian nation. This attitude is shaped by common cultural, linguistic and historical ties.

Iranians often cite the fact that Kurds and Persians are descended from common Indo-European roots and their languages are very similar, if not mutually intelligible. By contrast, Arabs and Turks hail from totally different ethno-cultural backgrounds than the Kurds.

Despite the favourable history, more recently, and particularly after the 1979 revolution, Iranian Kurdish separatist groups have consistently failed to develop a strong following in the Kurdish-majority regions of the country.

Whilst these groups predictably blame a heavy-handed security presence for their failures, there are far deeper issues which shape the political attitudes of Iranian Kurds. Of particular note is the Shia-Sunni divide, with a sizeable Shia Kurdish population centred on Kermanshah province. By contrast, Sunni Kurds are concentrated on the less affluent border regions with Iraq and Turkey.

Iranian Shia Kurds are generally aligned to the dominant Iranian national narrative and by extension tend to be much better integrated into wider Iranian state and society. Crucially, they have little interest in Kurdish nationalism, especially the type promoted by the separatist groups. This factor above all else undercuts any serious and concerted move toward independence in Iranian Kurdish-majority regions.

It is this greater confidence in national cohesion, vis-à-vis Turkey, that informs Iranian leaders, strategists and policymakers’ calm and measured approach to the Iraqi Kurdish independence referendum.

Photo: Syrian Kurds wave the Kurdish flag as they celebrate in the northeastern Syrian city of Qamishli on 25 September 2017, in support of the independence referendum in Iraq's autonomous northern Kurdish region.(AFP)