The Kurdish referendum: Dream of independence and fear of dictatorship

Dr Choman Hardi
There is no doubt that most Kurds want independence, but what kind? If you build a state where democratic principles are easily undermined, you end up with a dictatorship. Our struggles may just be beginning 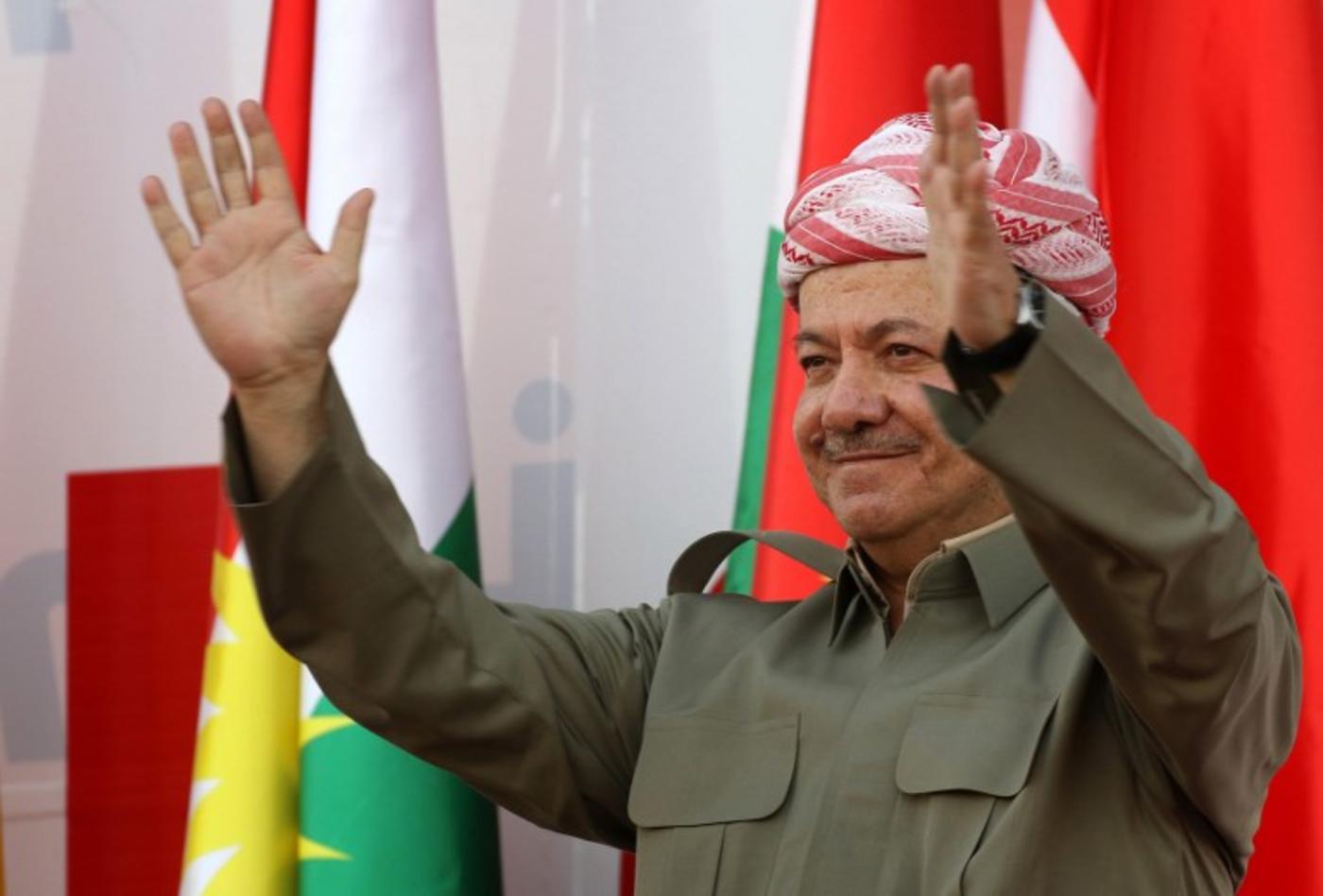 The referendum for independence has enlisted major support from within the Kurdish community, especially after the regional and international powers united against this move. The majority of Kurds believe that they have finally been given the chance to vote for self-determination, ending a forced and abusive incorporation in Iraq in the aftermath of WWI.

The Kurdish state, should there be one, will only be meaningful if it is different from the KRG, apart from its flaws and failures in relation to democracy, human rights, and gender equality

Others believe that, in the current circumstances, the referendum does nothing but deflect attention away from the Kurdistan Regional Government’s (KRG) failure to tackle corruption, provide economic security for its people, and build a democratic system.

Driven by the breakdown in trust between the KRG and the central government in Baghdad, Massoud Barzani, the disputed “president” of Kurdistan, has “threatened” to organise a referendum for independence several times before.

But at a time when the Peshmerga forces and the Iraqi army jointly fight the Islamic State (IS) group and over one million refugees and IDPs live in Kurdistan, Baghdad’s decision to withhold a 17 percent share of federal budget from KRG - a response to the latter’s oil exports - is seen as an attempt to put the Kurdistan region through severe economic hardship - and an opportune moment for the vote.

Barzani was elected president of Kurdistan in 2005. After serving two four-year terms, his presidency was extended in 2013 by two years on the condition that he would no longer run as president. Finally, Barzani’s extension came to an end on 20 August 2015 but he refused to step down.

The main opposition group called Gorran (the Movement for Change) led the effort to reform the presidency law, which gives the president unlimited powers, and to end Barzani’s unlawful presidency. As a result Gorran was punished by Barzani’s Kurdistan Democratic Party (KDP), the parliament was brought to a halt, and the Goran ministers were replaced.

What history tells us

Holding a referendum in this context is seen as a dubious move by Barzani who, with compliance from the Patriotic Union of Kurdistan (PUK), has undermined the democratic process and taken increasingly autocratic steps towards a dictatorship.

Supporters of independence argue that democracy “takes time” and “we cannot expect it to happen overnight”. It is argued that once statehood is achieved we can resume our work for building a democracy.

However, history tells us otherwise: if you build a state where democratic principles are easily undermined, you end up with a dictatorship, and such systems can only be changed through bloodshed.

The issue becomes more complicated when we look at what it takes to build a viable state. Internal critics argue that to establish a state, the pre-requisites for statehood must be met. KRG was established in 1992. Twenty-five years later, it still hasn’t managed to solve such elementary problems as the shortages of water and electricity.

It cannot provide basic economic security for its people. It is over $20bn in debt. It failed to address corruption which drains the region’s resources. And finally, it has not unified the Peshmerga forces which are still affiliated with the different political parties.

Huge strides could have been taken towards state-building if Barzani had stepped down and parliament was allowed to continue functioning. Had Barzani done so, he would have been the leader that would unite the people rather than divide them.

He could have respected the law that was made and signed by KDP and PUK. He could have said, just as Obama said when asked about a third term in office, “I actually think I am a good president. I think if I ran I would win but I can’t." He could have been the inspiring leader who used his powers - symbolic and otherwise - to unite the Peshmerga forces and tackle corruption.

But he chose to do the opposite, and with compliance from other political parties, he may take his people to worse places.

Barzani’s insistence on taking unilateral steps towards independence puts the Kurdish public in a difficult situation. Those who vote no, or who refuse to vote, are seen as traitors, betraying the Kurdish cause, while those who vote yes will have to carry the responsibility of the outcome.

In an interview this June in Foreign Relations, Barzani responded to a question about the KRG’s plan if Kurdistan becomes isolated like Qatar, saying: “We would prefer to die of starvation than to live under the oppression and occupation of others. If this decision is made by referendum and the reaction is to isolate us, let our people die.”

Skeptics argue that it won’t be the leadership who will face starvation and war, so it is easy for Barzani to say this.

The absence of the basic conditions necessary for statehood - economic infrastructure, stable and independent legislative, executive, and judiciary institutions, and united Peshmerga and security forces - combined with lack of regional and international support for a Kurdish state makes some Kurds doubt Barzani’s intentions.

His real goal seems to be political survival, not Kurdish independence. The referendum is his way to sideline the legitimacy question that hangs over his presidency, something that cost him political capital, dimming his future prospects for a constitutionally leading role in Kurdish politics. An independent Kurdistan, even a miserably failing one, will mean a fresh start for him.

But even if, despite the inadequate internal and external conditions, Barzani declares independence, then he is risking people’s political and economic security.

There is no doubt that most Kurds want independence, but the question is what kind of independence. Personally, I don’t believe that state building and democracy building should be considered separately. Neither do I believe that a Kurdish dictatorship is better than an Arab or a Turkish one. In my view, being oppressed by your own people is worse.

The Kurdish state, should there be one, will only be meaningful if it is different from the Kurdistan Regional Government, apart from its flaws and failures in relation to democracy, human rights, and gender equality. The struggle is just beginning.

- Dr Choman Hardi was born in Kurdistan and sought refuge in the UK in 1993. She was educated in the universities of Oxford, London, and Kent. Awarded a scholarship by the Leverhulme Trust, Hardi carried our her post-doctoral research about women survivors of genocide in Kurdistan-Iraq. The resulting book, Gendered Experiences of Genocide: Anfal Survivors in Kurdistan-Iraq (Routledge, 2011), was chosen by the Yankee Book Peddler as a UK Core Title. In 2016 she was given the AUIS Excellence Award for Undergraduate Faculty Research.

Photo: Iraqi Kurdish leader Massoud Barzani delivers a speech during a rally to urge people to vote in the upcoming independence referendum in Erbil, the capital of the autonomous Kurdish region of northern Iraq, on 22 September 2017 (AFP) 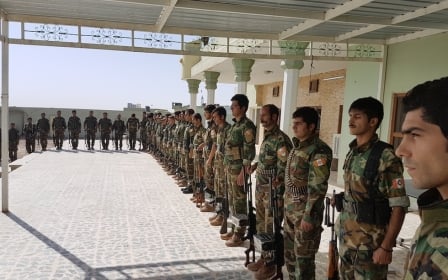 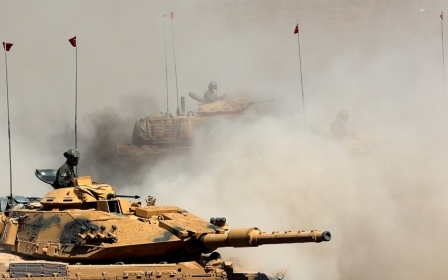